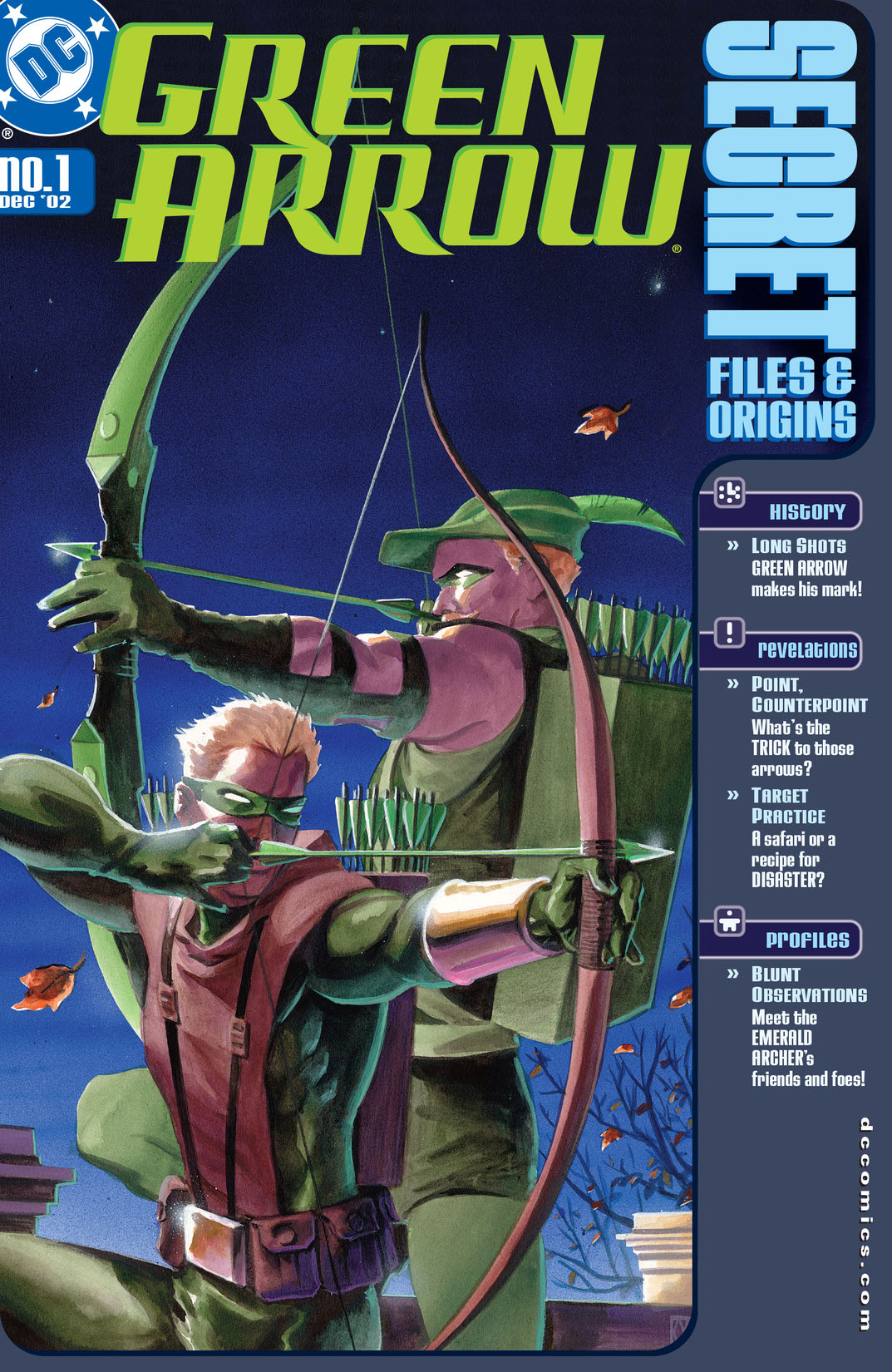 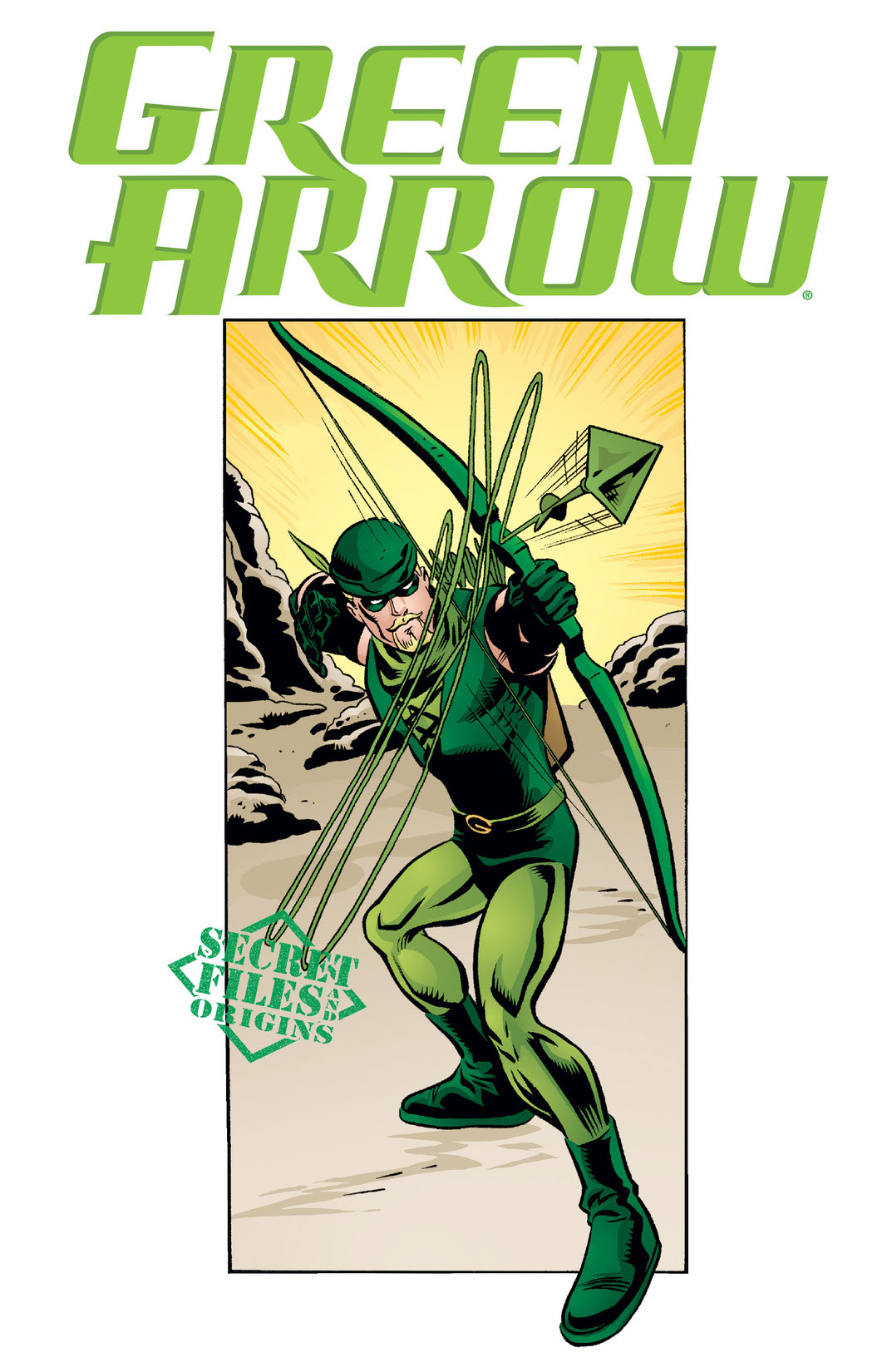 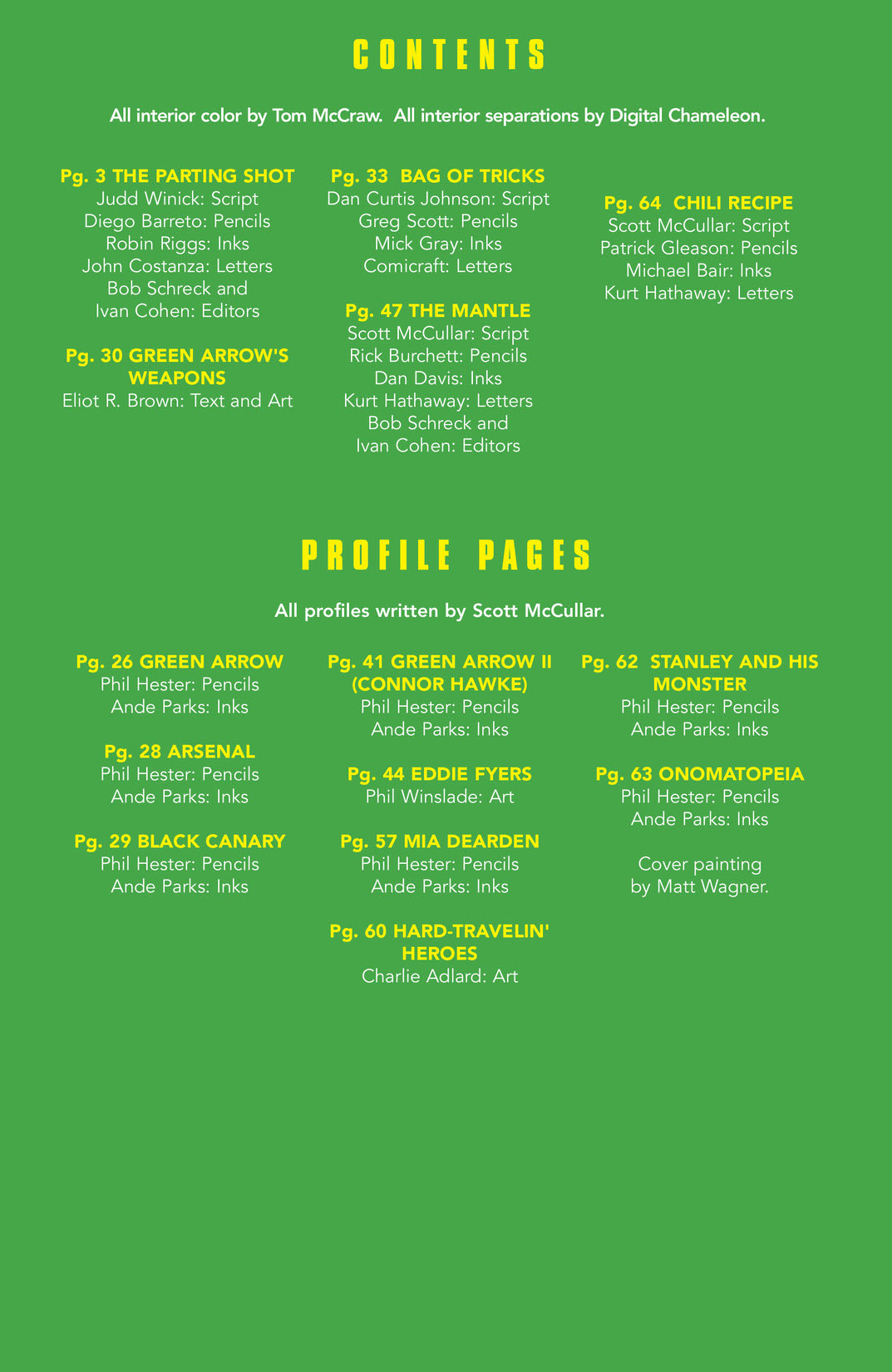 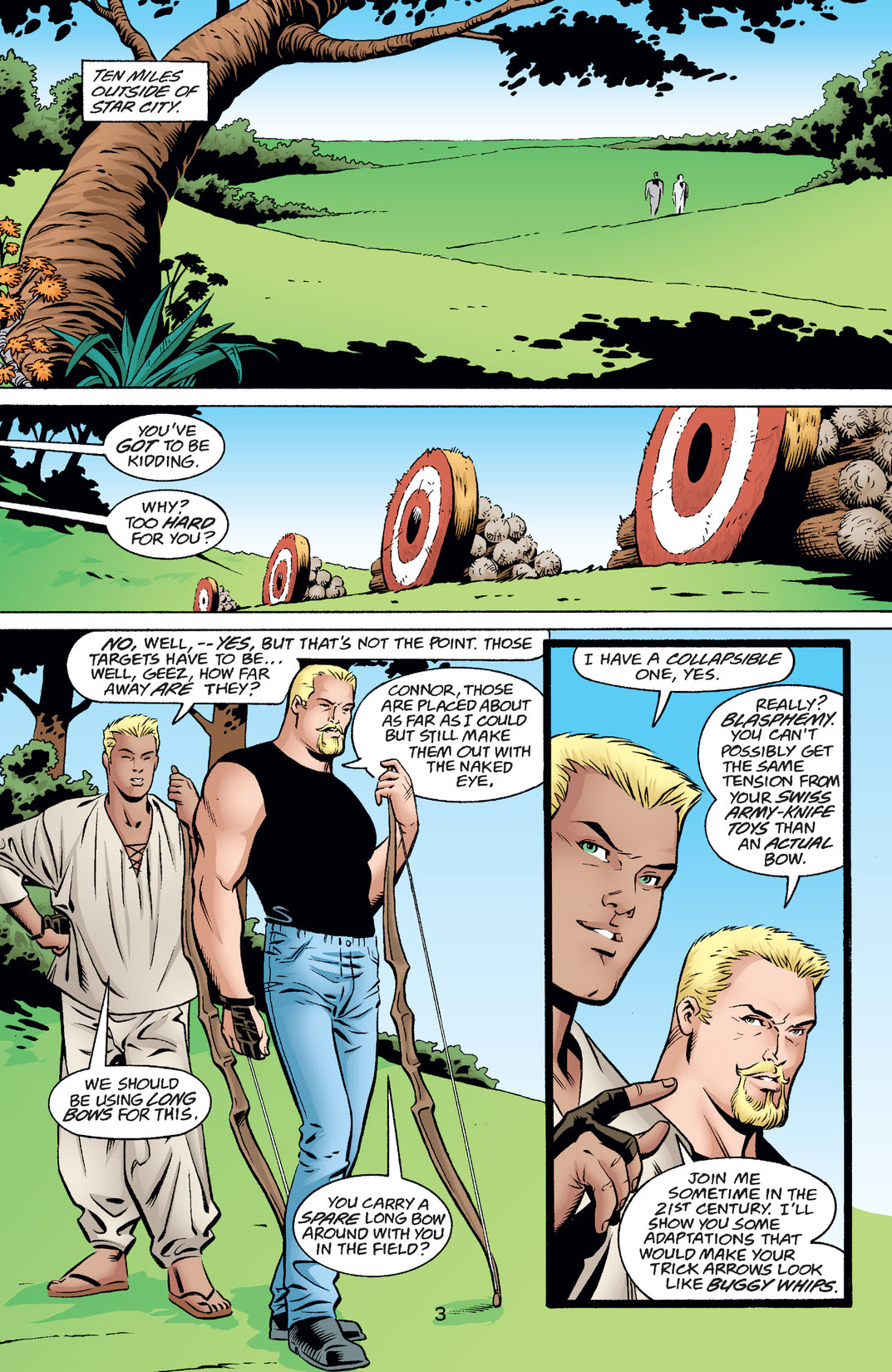 The secrets of the Emerald Archer are revealed in a bullseye-piercing, double-sized one-shot! In the lead story, discover the history of Oliver Queen--both before and after his death. Plus, Ollie discovers that the government is keeping tabs on superheroes in the form of the D.E.O. Rounding out this special are a look at Ollie's astounding arsenal and profile pages showcasing Green Arrow, his allies and his enemies, illustrated by fan-favorite Green Arrow artists!