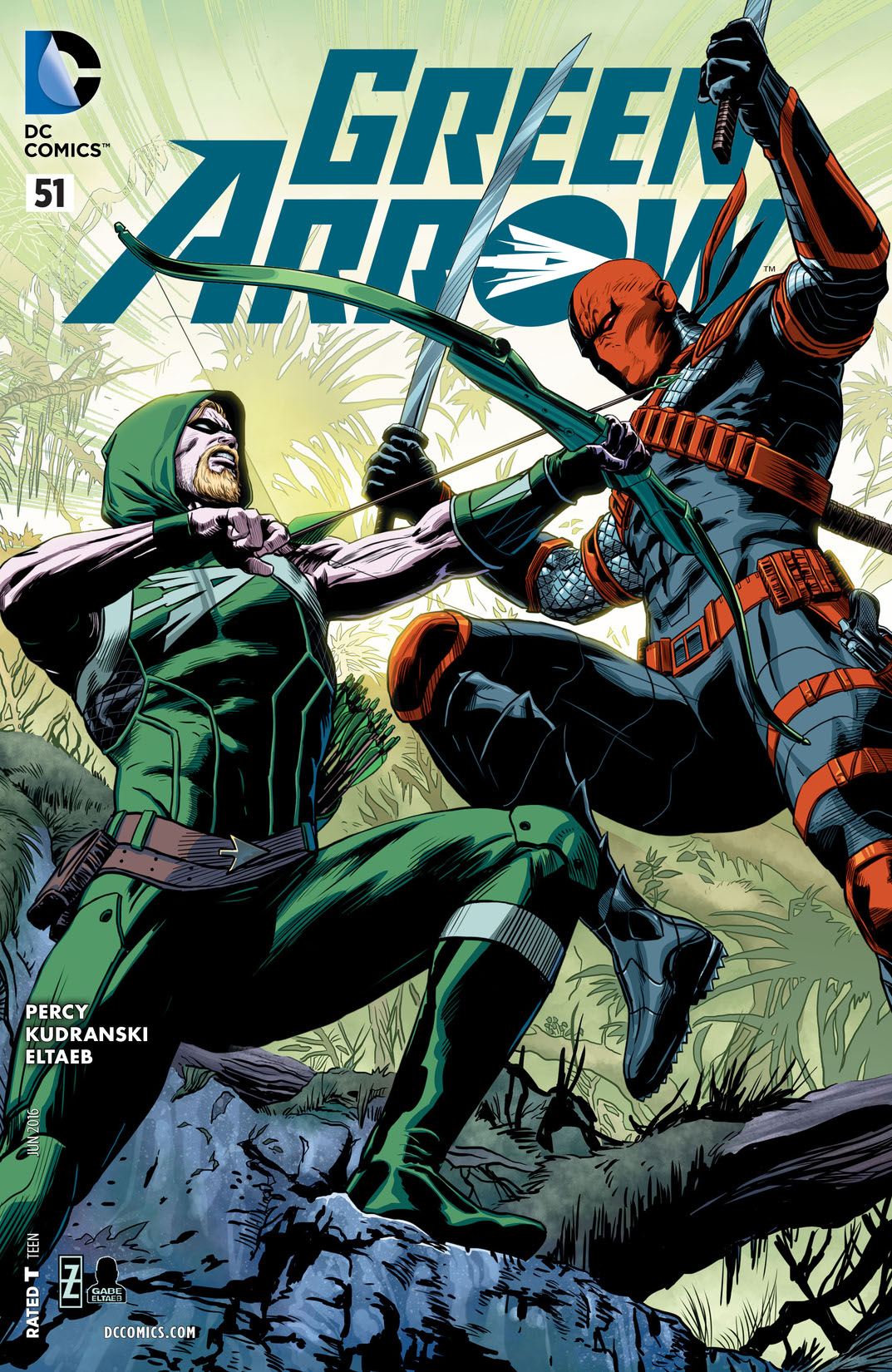 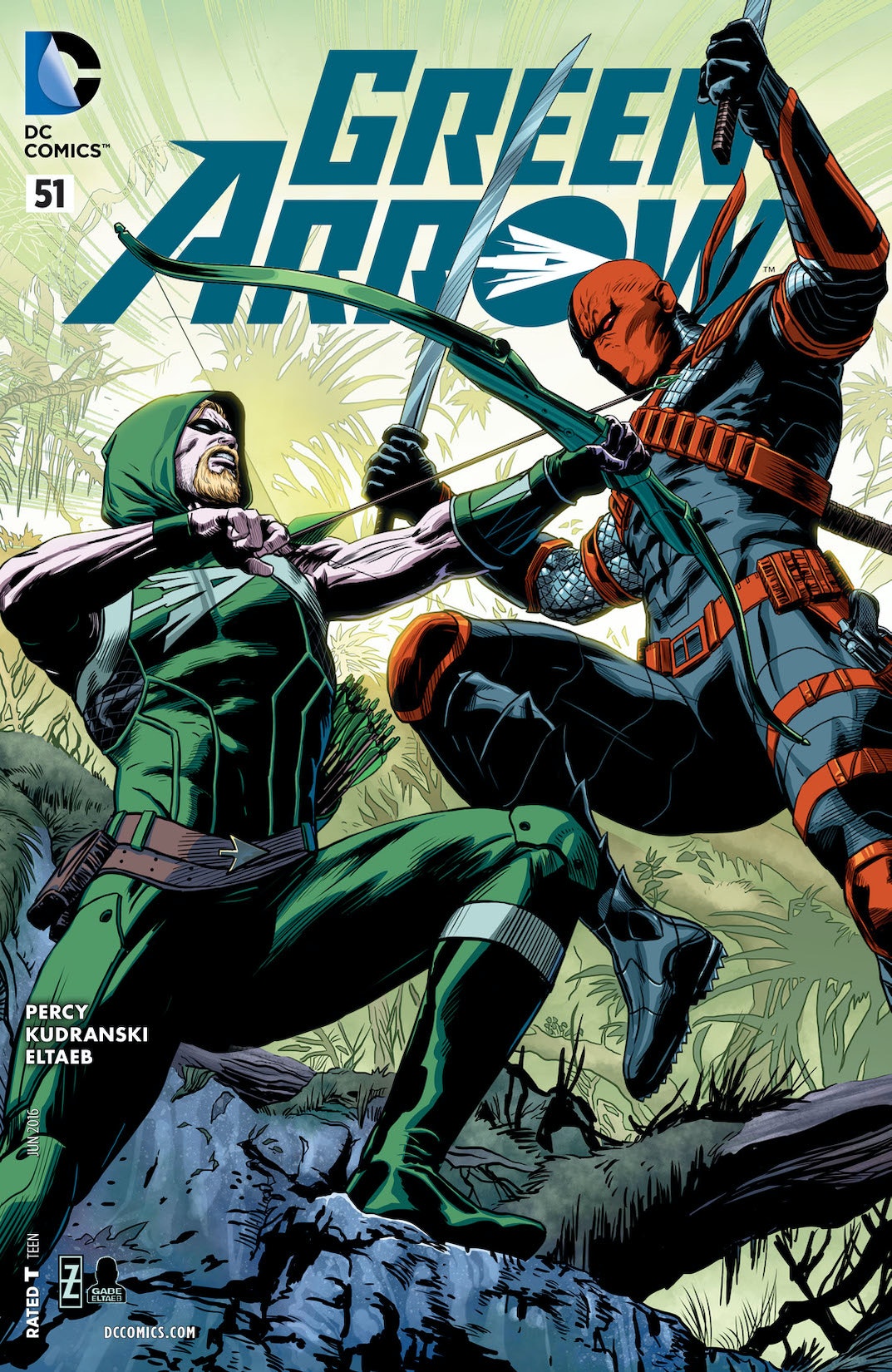 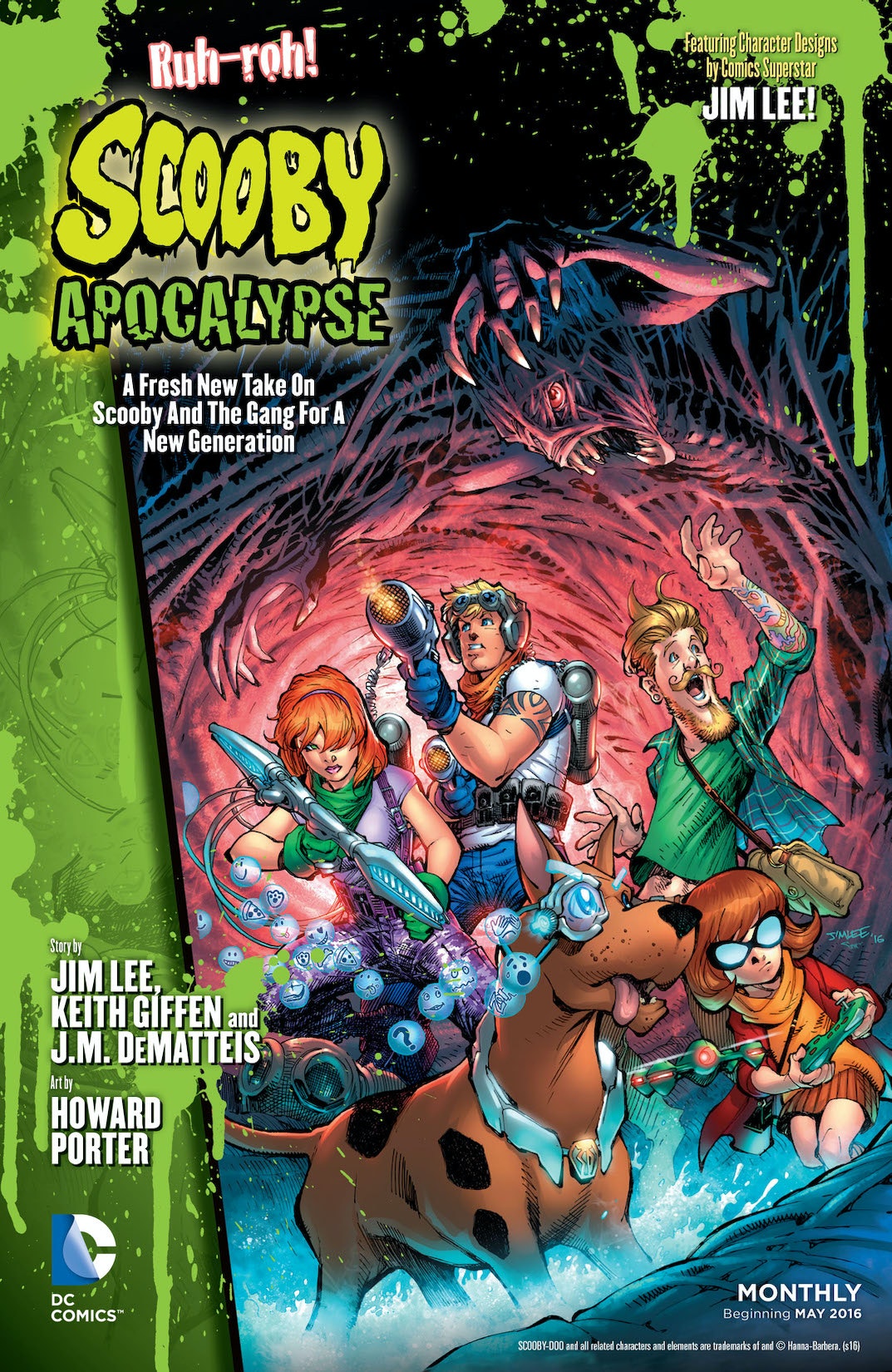 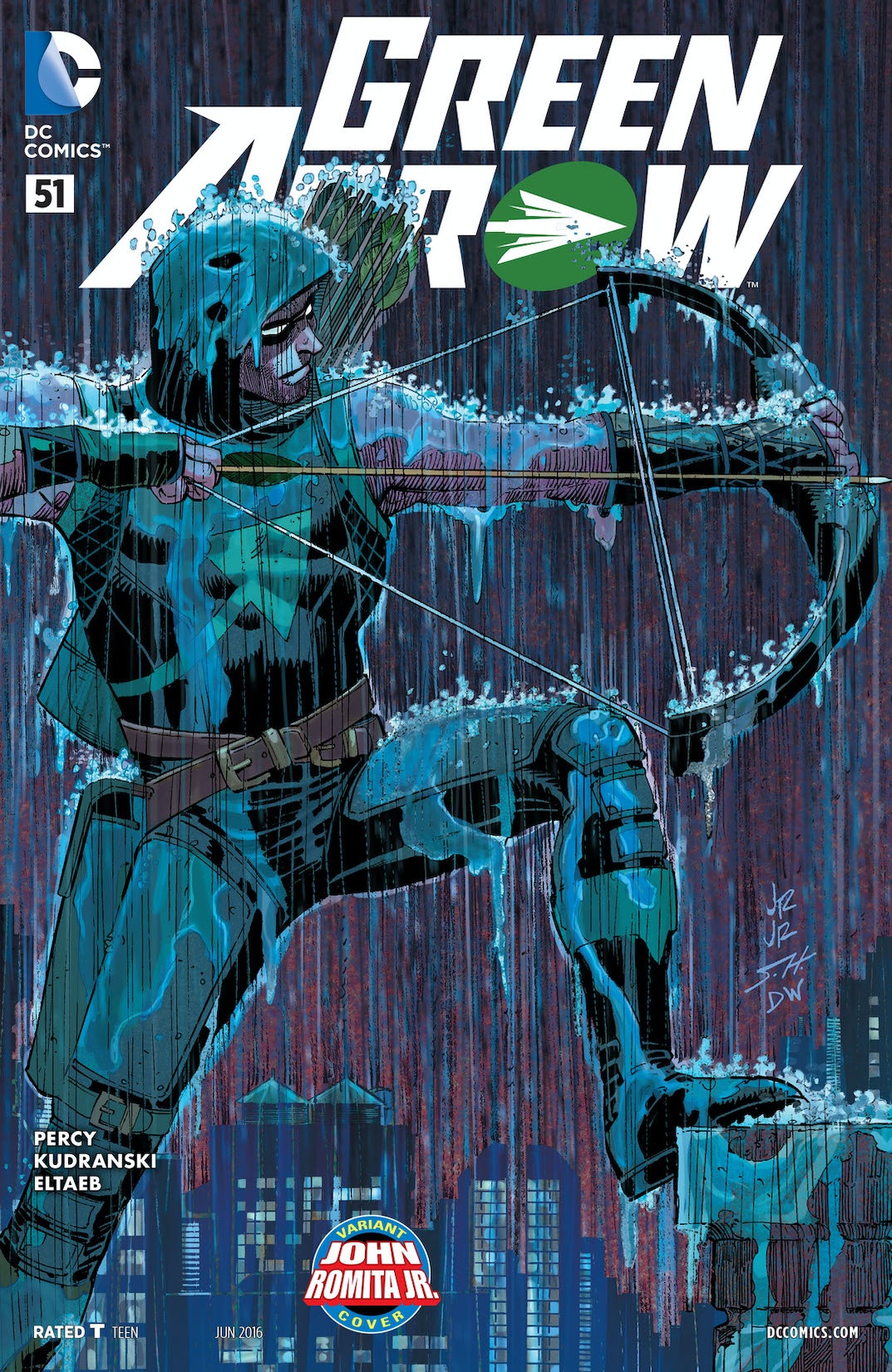 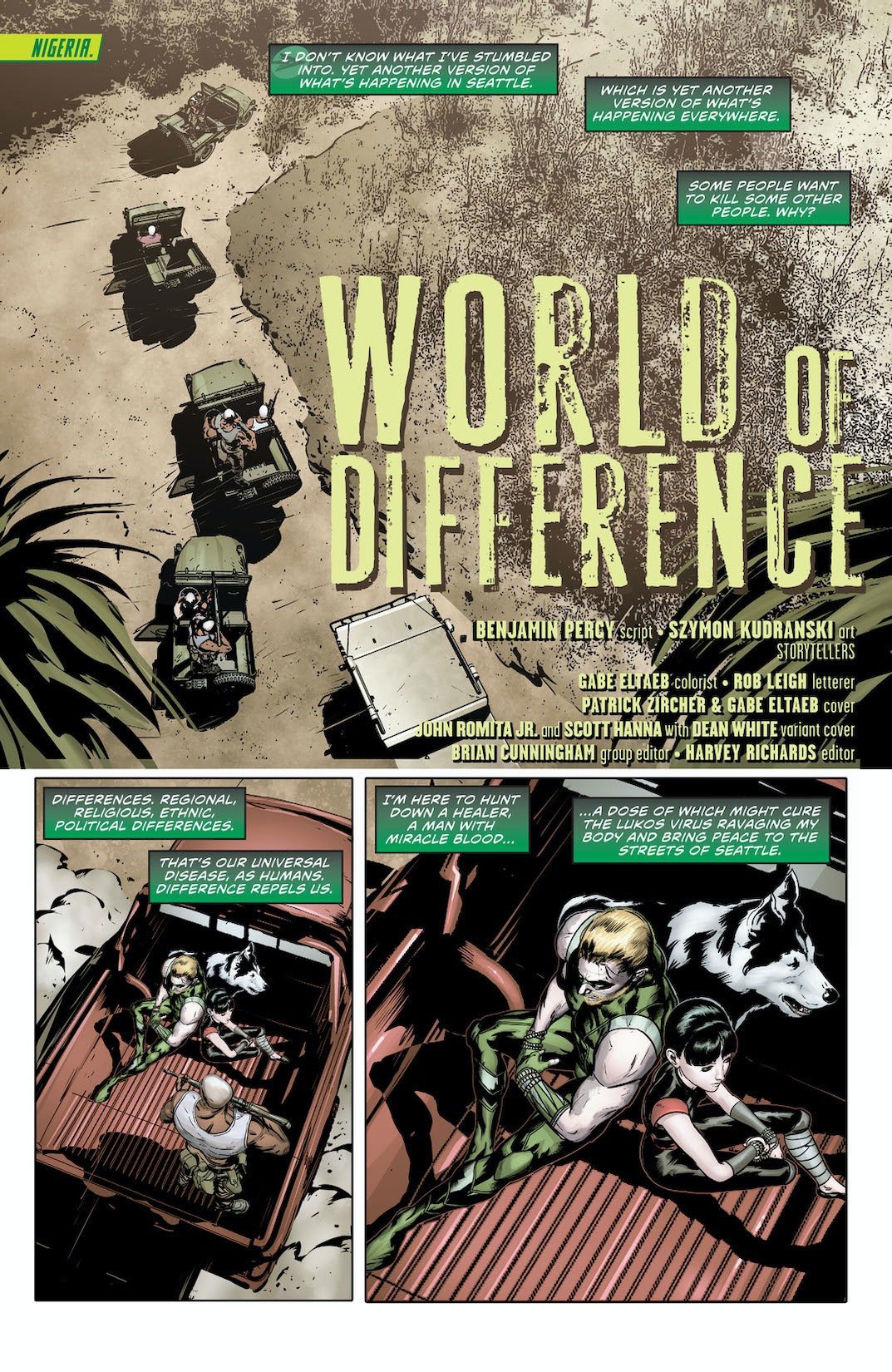 In war-torn Africa, Green Arrow and Deathstroke are both hunting for the same man-Doctor Miracle-whose blood cures any disease. They’re battling not only each other, but also a militant group known as The Whites. There is no deadlier foe than the world’s greatest assassin, and against his blade Green Arrow may have met his end.