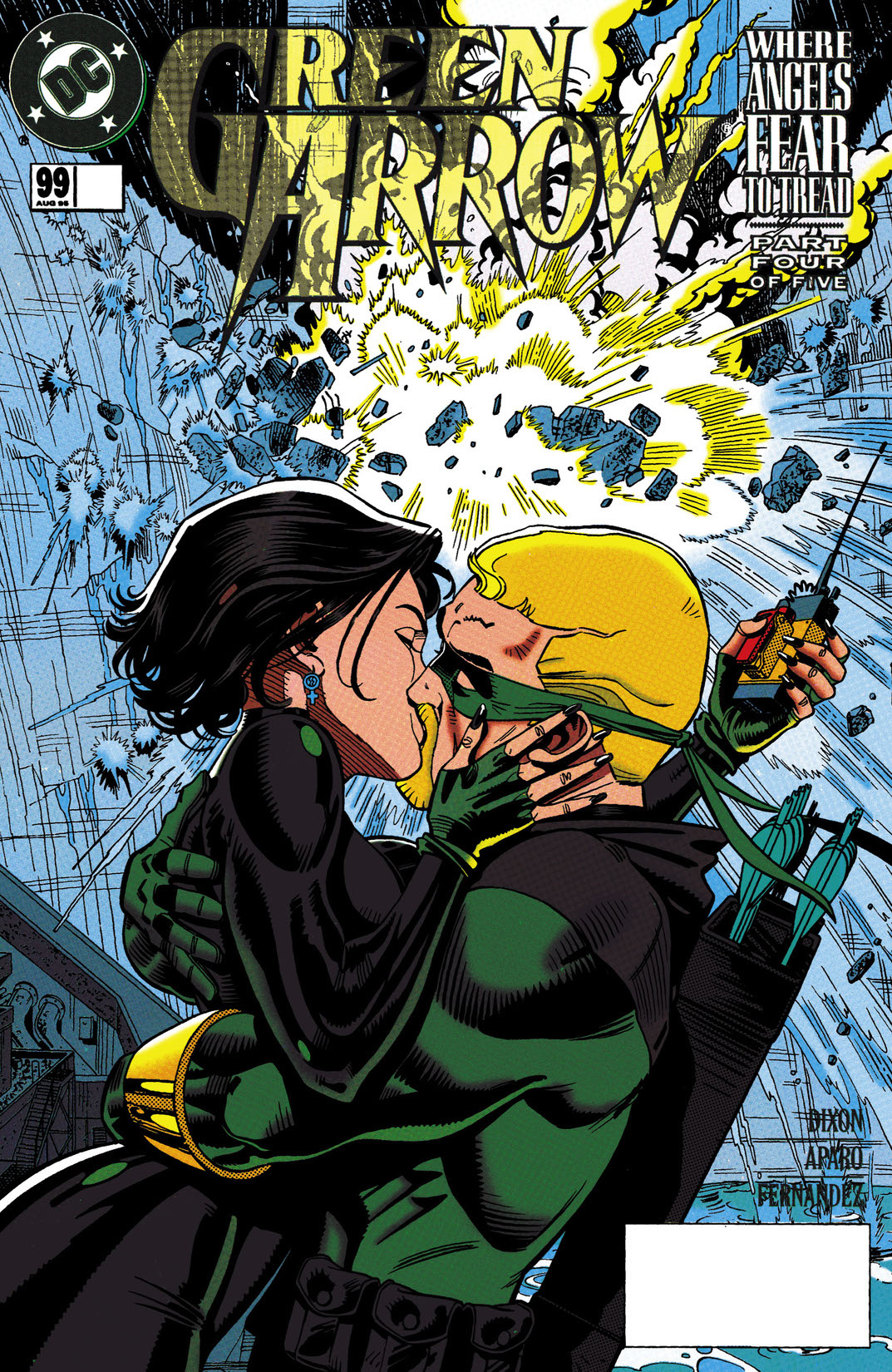 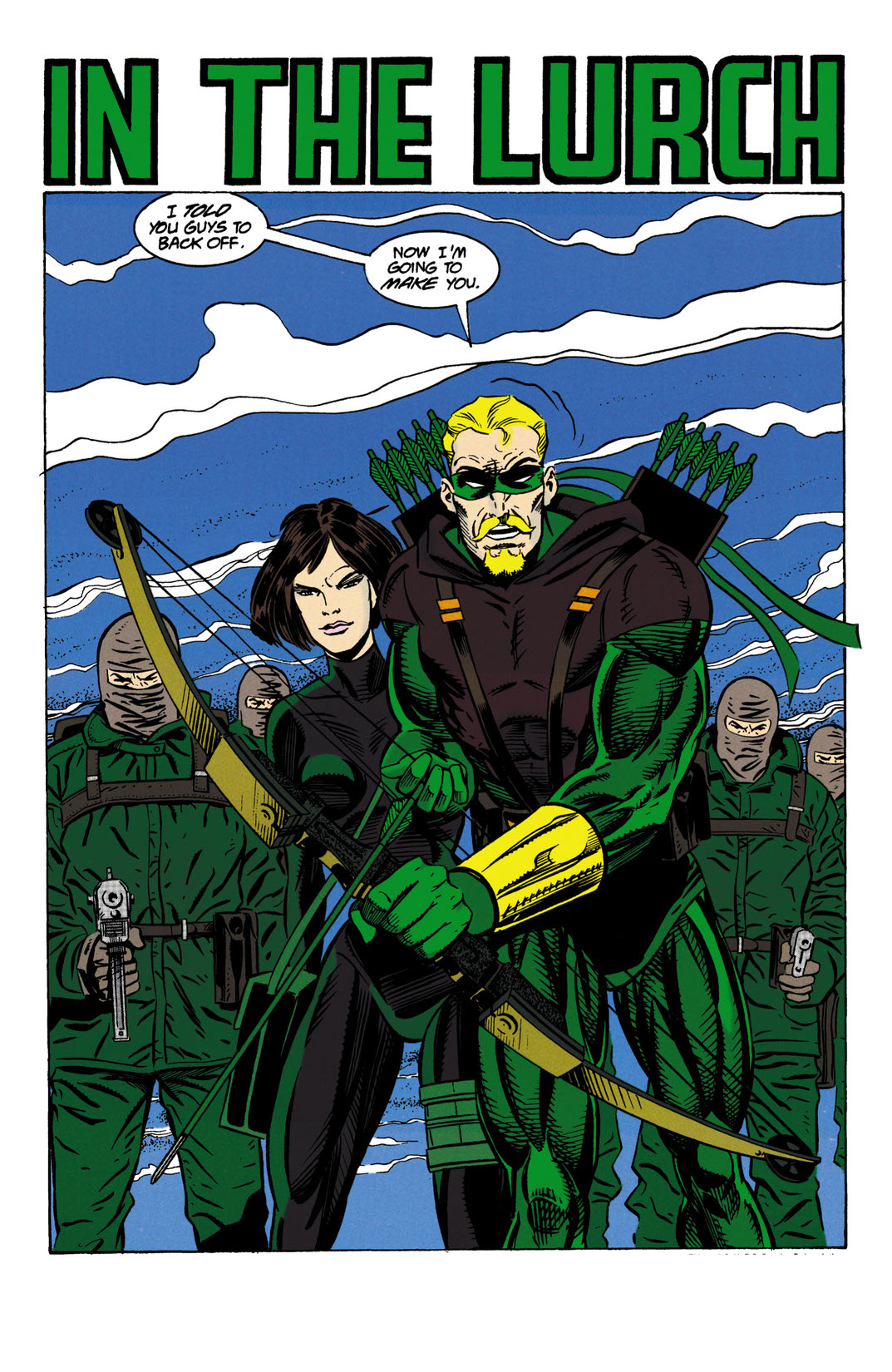 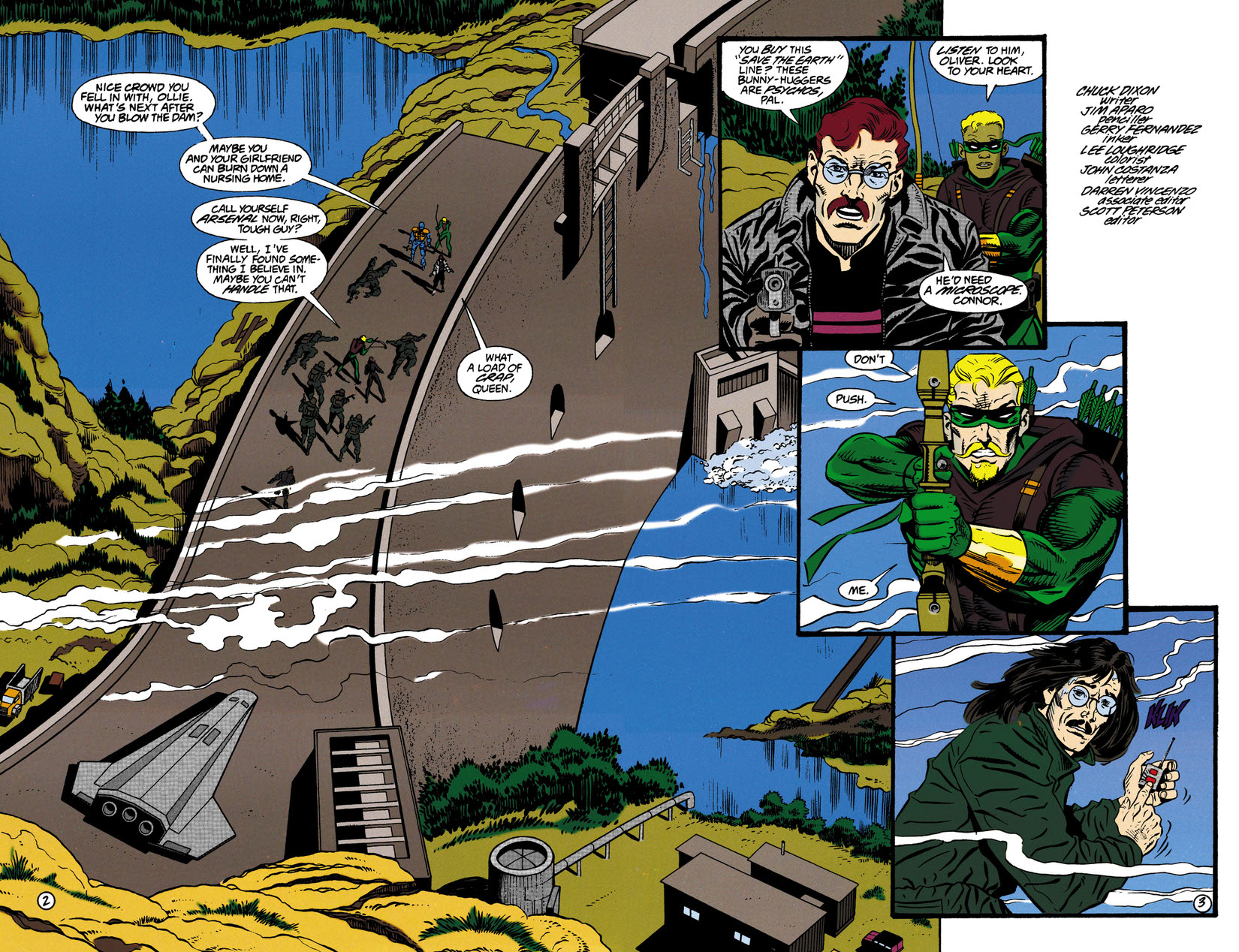 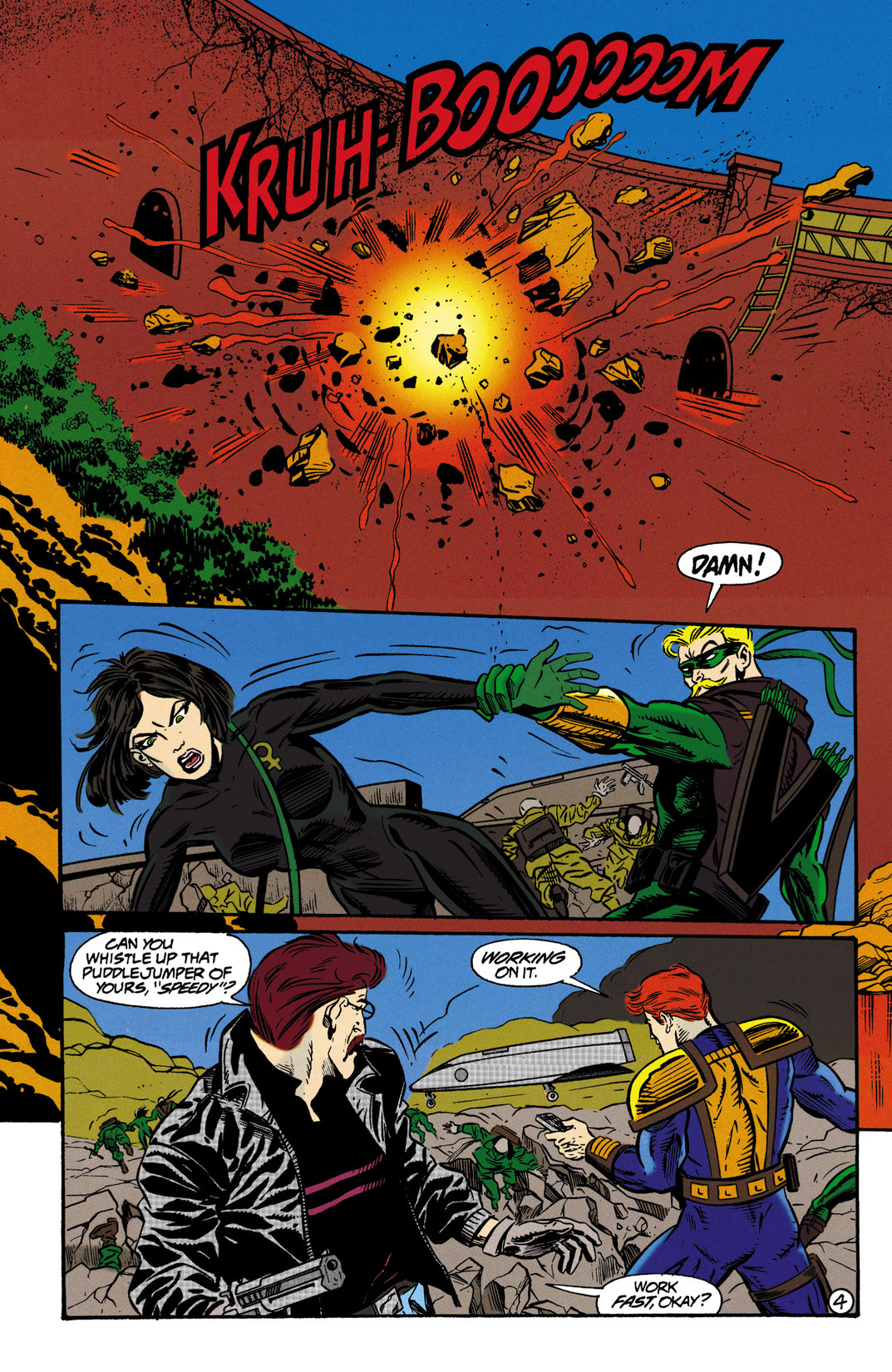 Green Arrow and his band of eco-terrorists battle Oliver Queen's son Connor Hawke, Arsenal of the New Titans, and Eddie Fyers. Meanwhile, the Force of July is sent to destroy them all. 'Where Angels Fear to Tread' part 4.