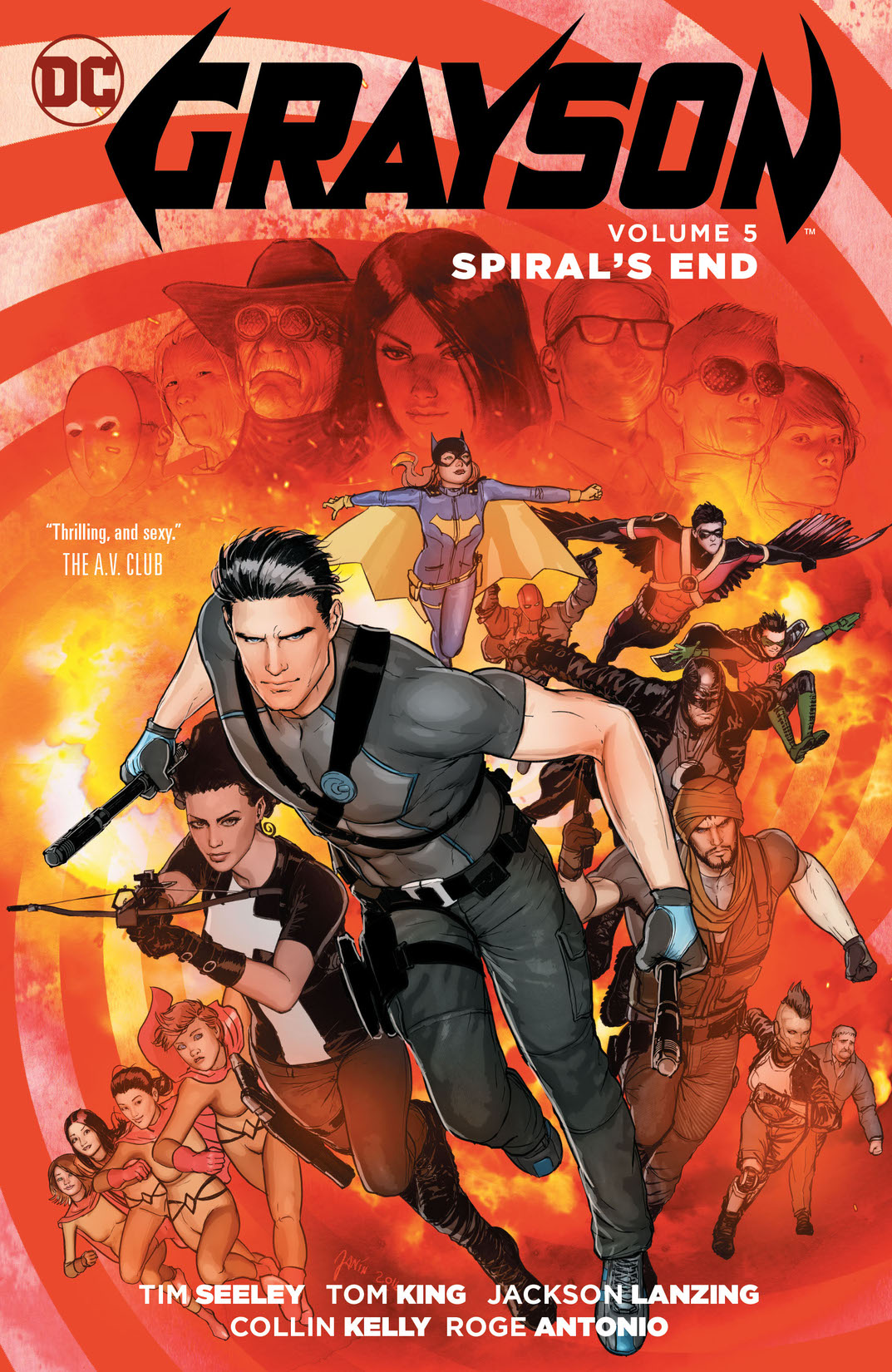 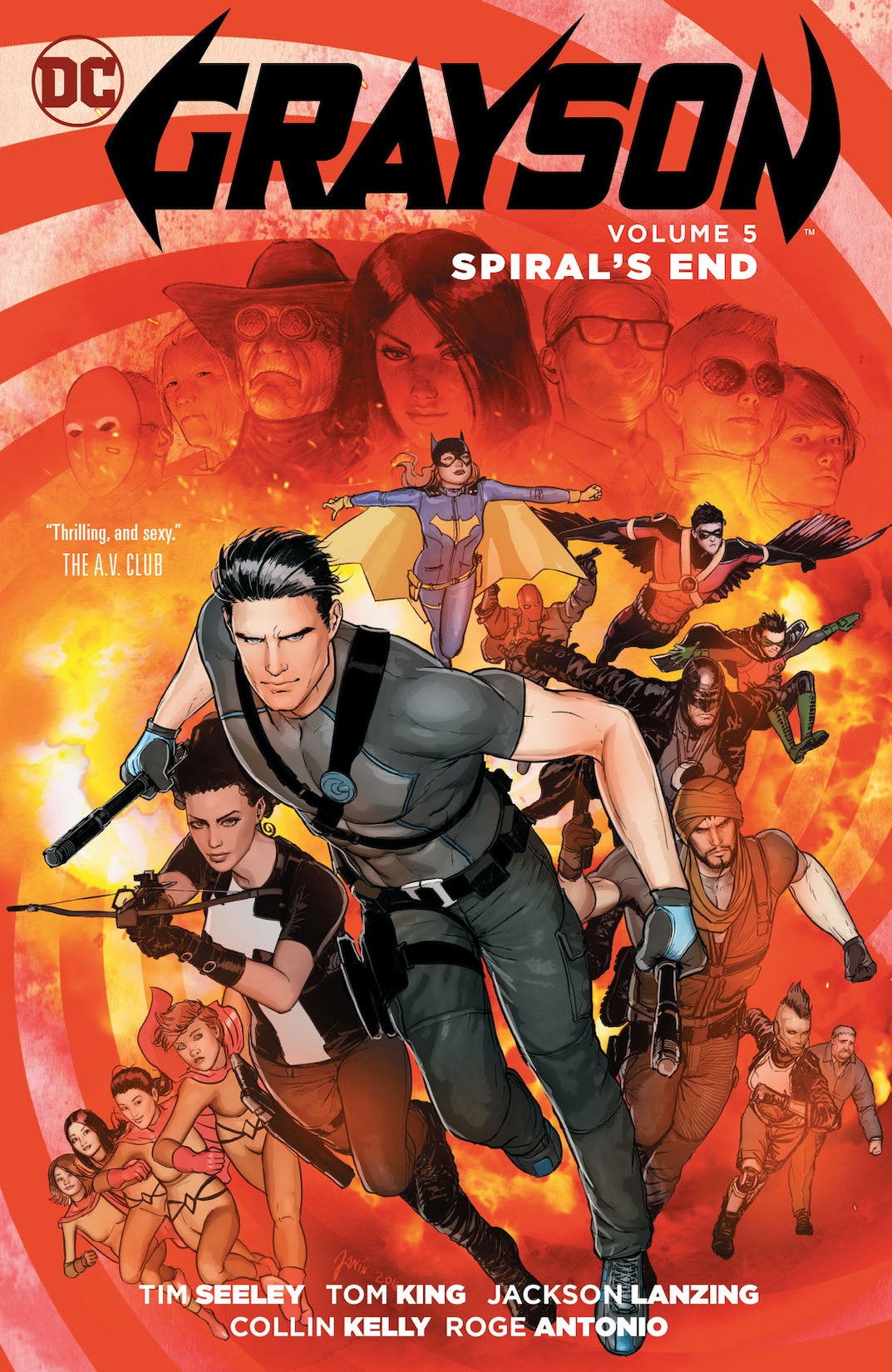 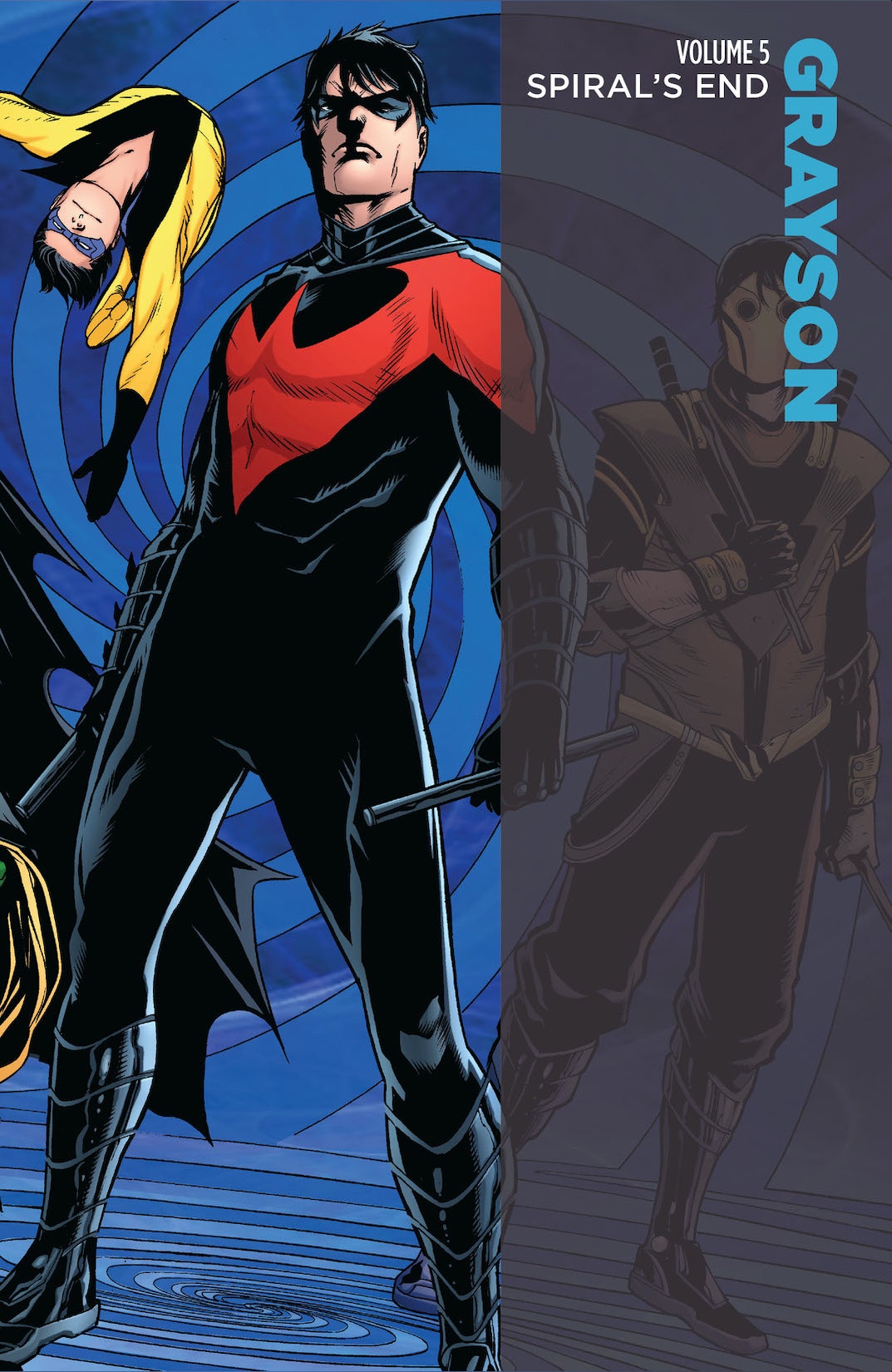 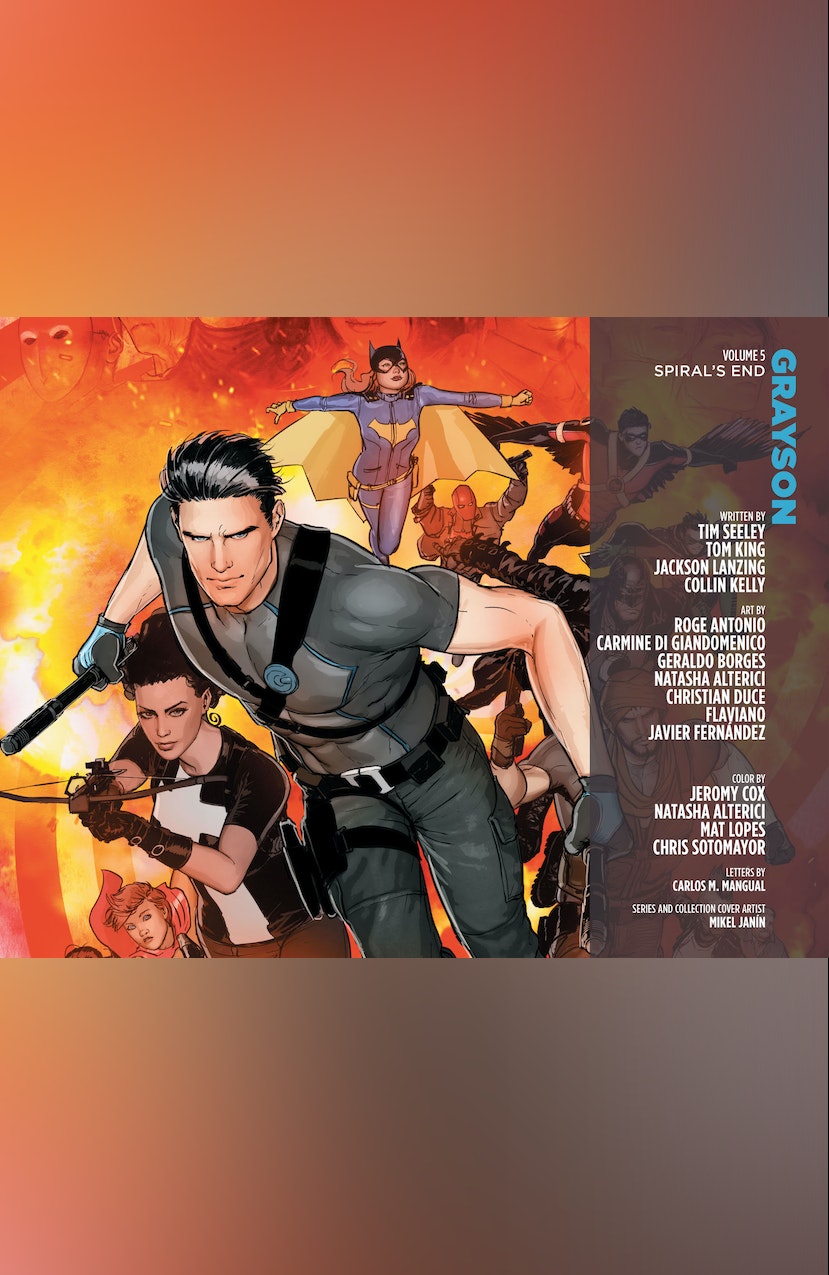 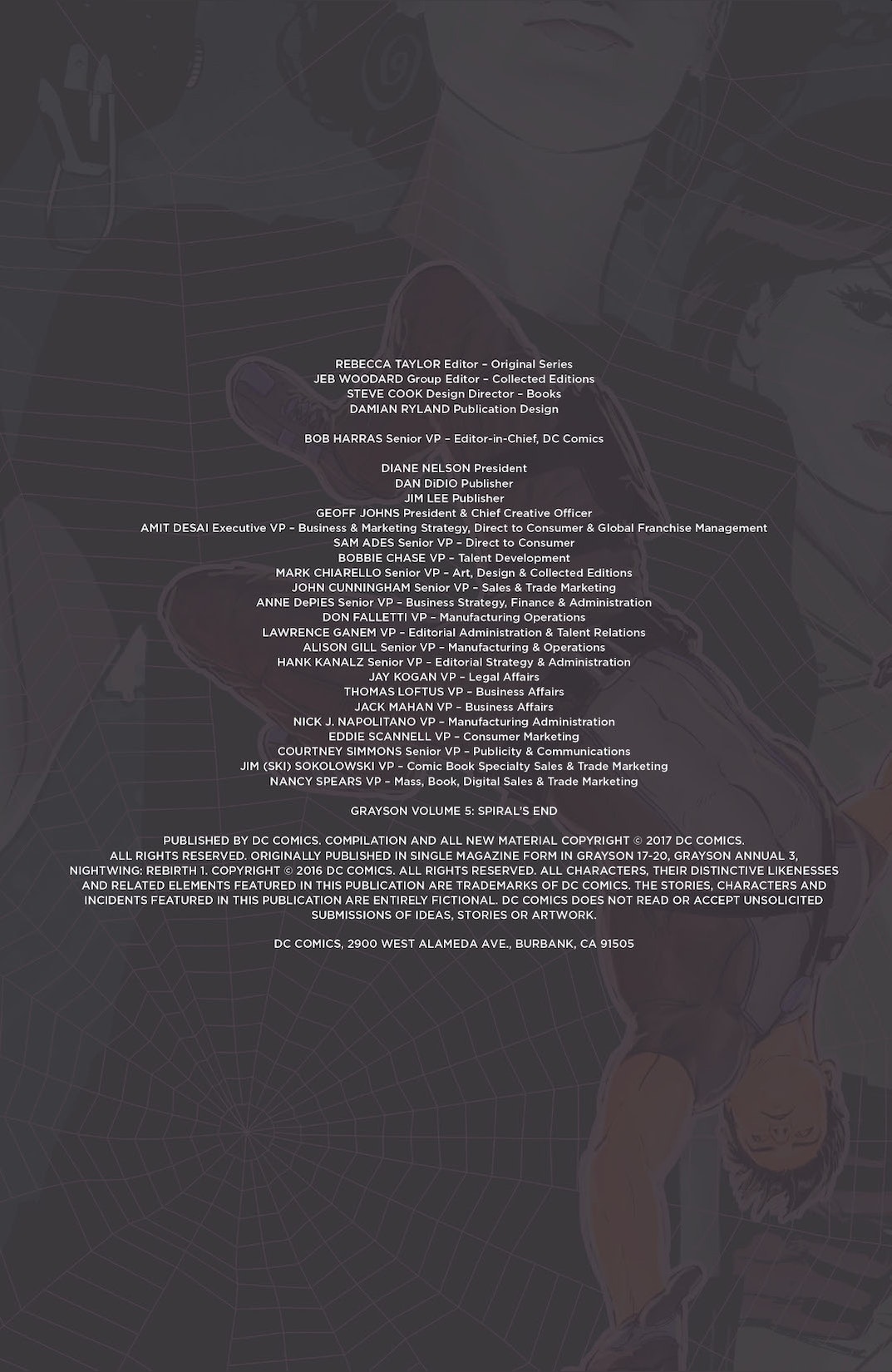 REMEMBER HIS NAME The entire world is caught in a secret spiral of war and one man stands at the center…Dick Grayson. Corrupted from within, the all-powerful clandestine organization called Spyral is at war with itself, as rival agencies Checkmate and the Syndicate send their deadliest, most dangerous agents to wipe it from the face of the earth. Spyral’s own Agent 37, Dick Grayson, is the only person skilled enough to stop the slaughter from spiraling out of control, but he’s being hunted by the very organization that trained him—and both Spyral and Helena Bertinelli, the woman he loves, will live or die depending on his next move… Dick Grayson’s tenure at Spyral comes to a close in GRAYSON VOL. 5: SPIRAL’S END, by writers Tom King (BATMAN), Tim Seeley (NIGHTWING), Jackson Lanzing (BATMAN ETERNAL), Collin Kelly (BATMAN & ROBIN ETERNAL) and artist Roge Antonio (THE JOKER: ENDGAME). Collects GRAYSON #17-20, GRAYSON ANNUAL #3 and a special sneak peek of NIGHTWING #1!