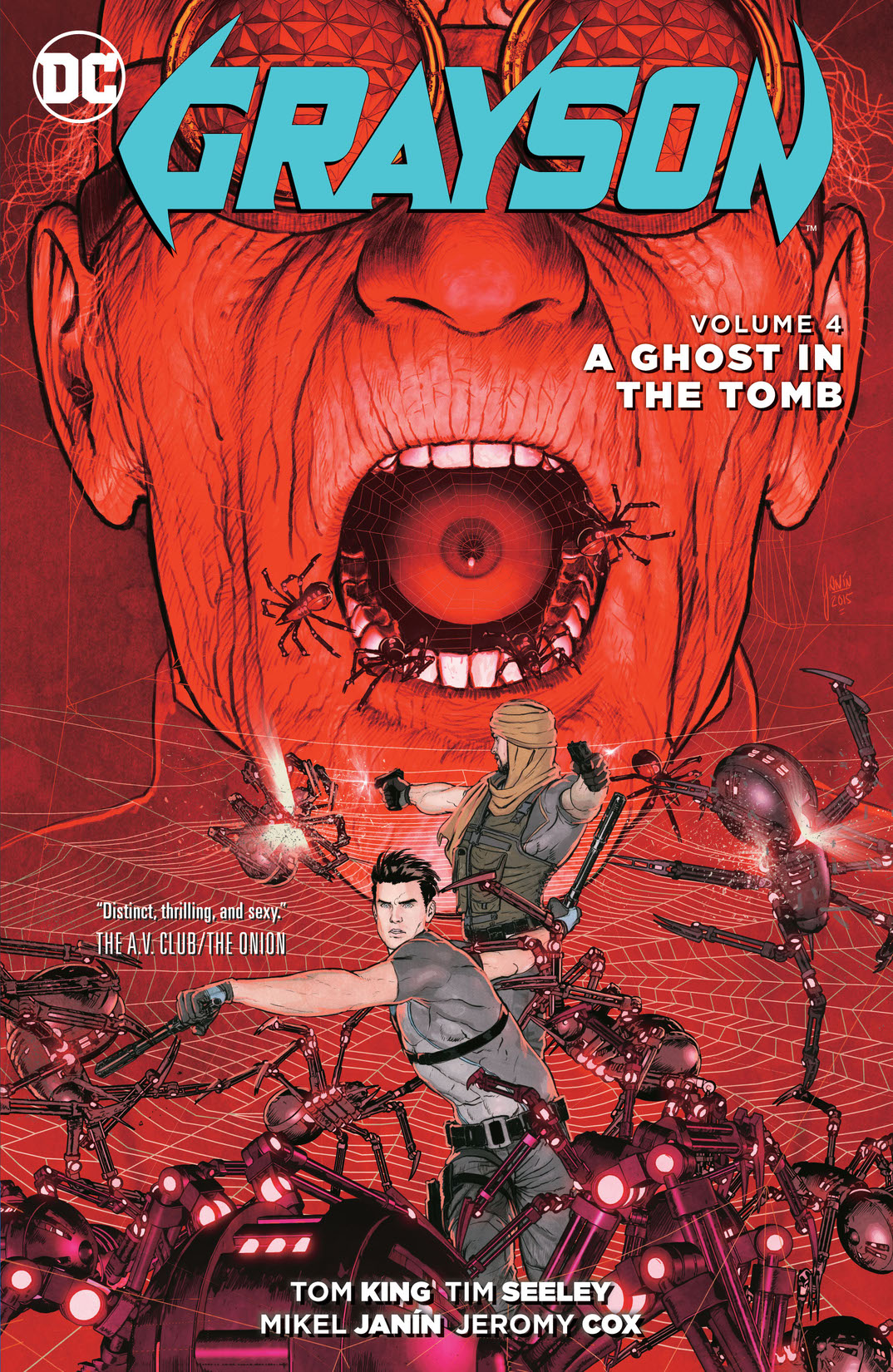 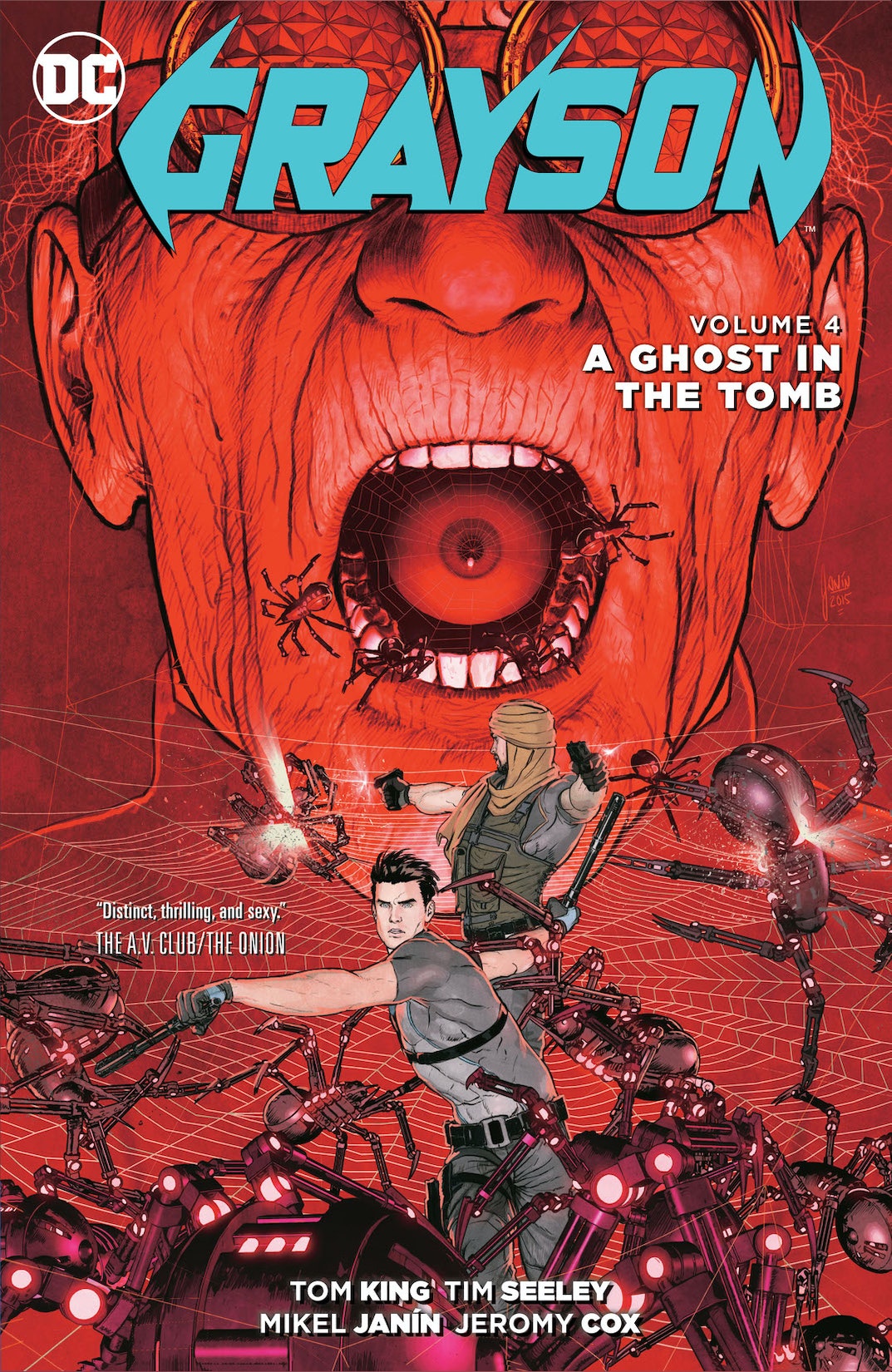 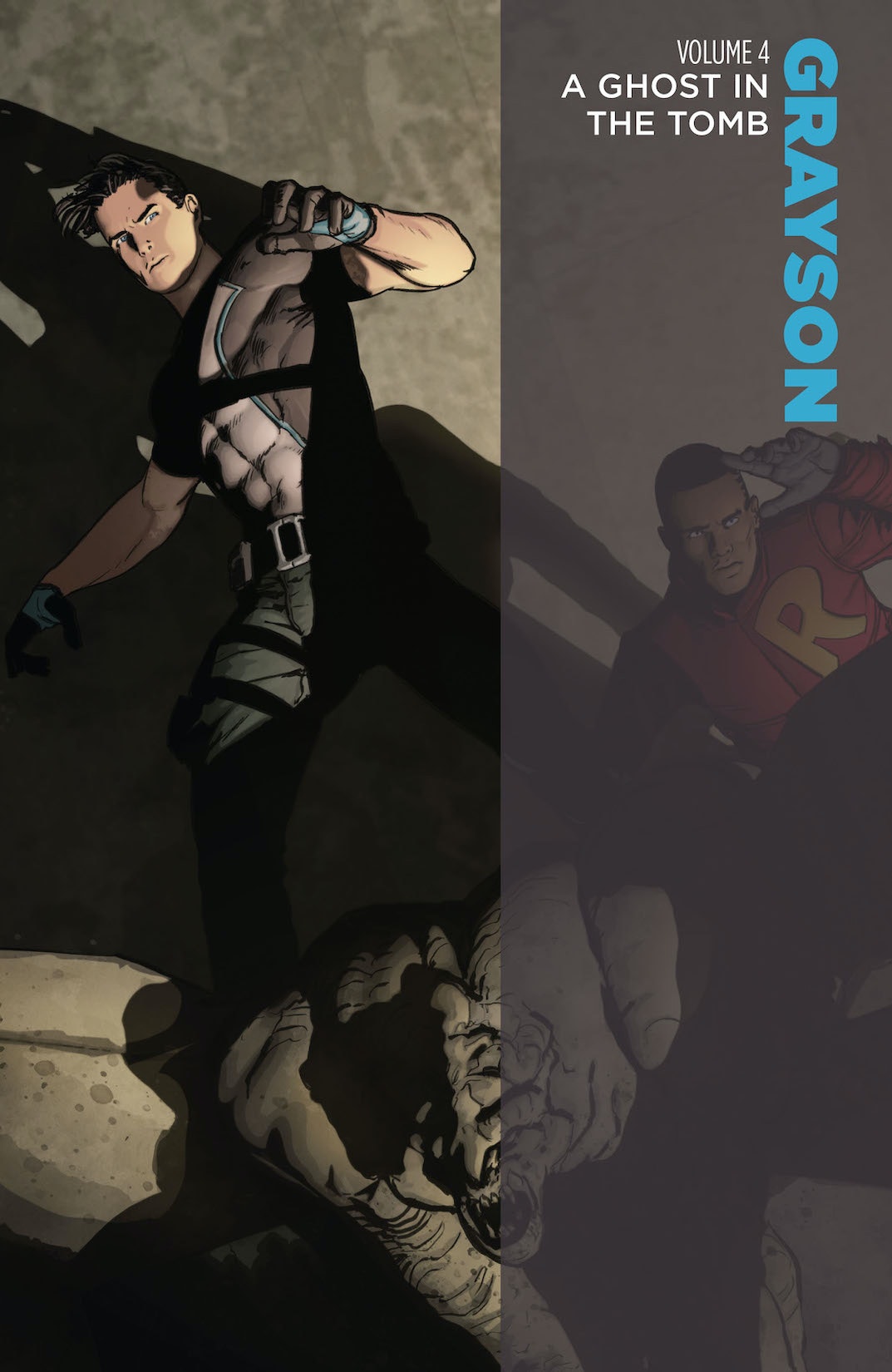 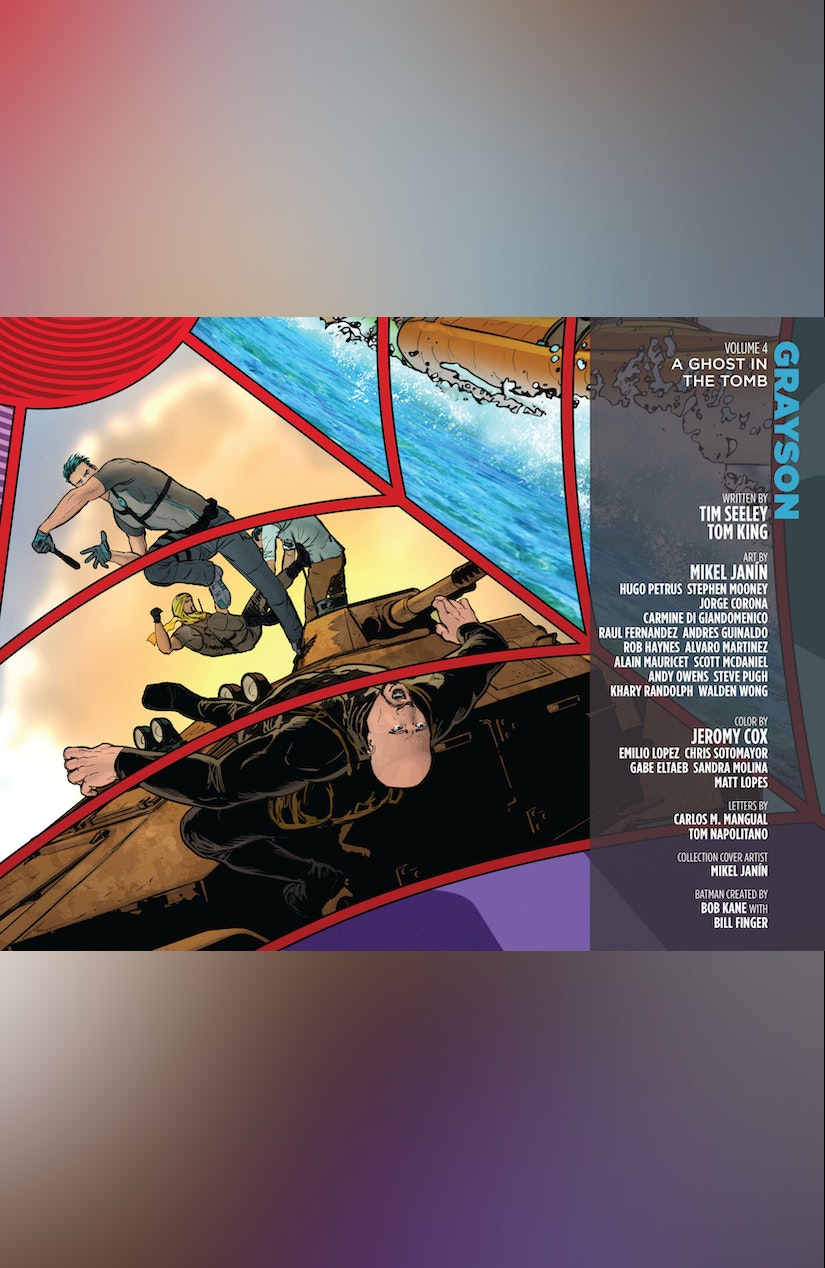 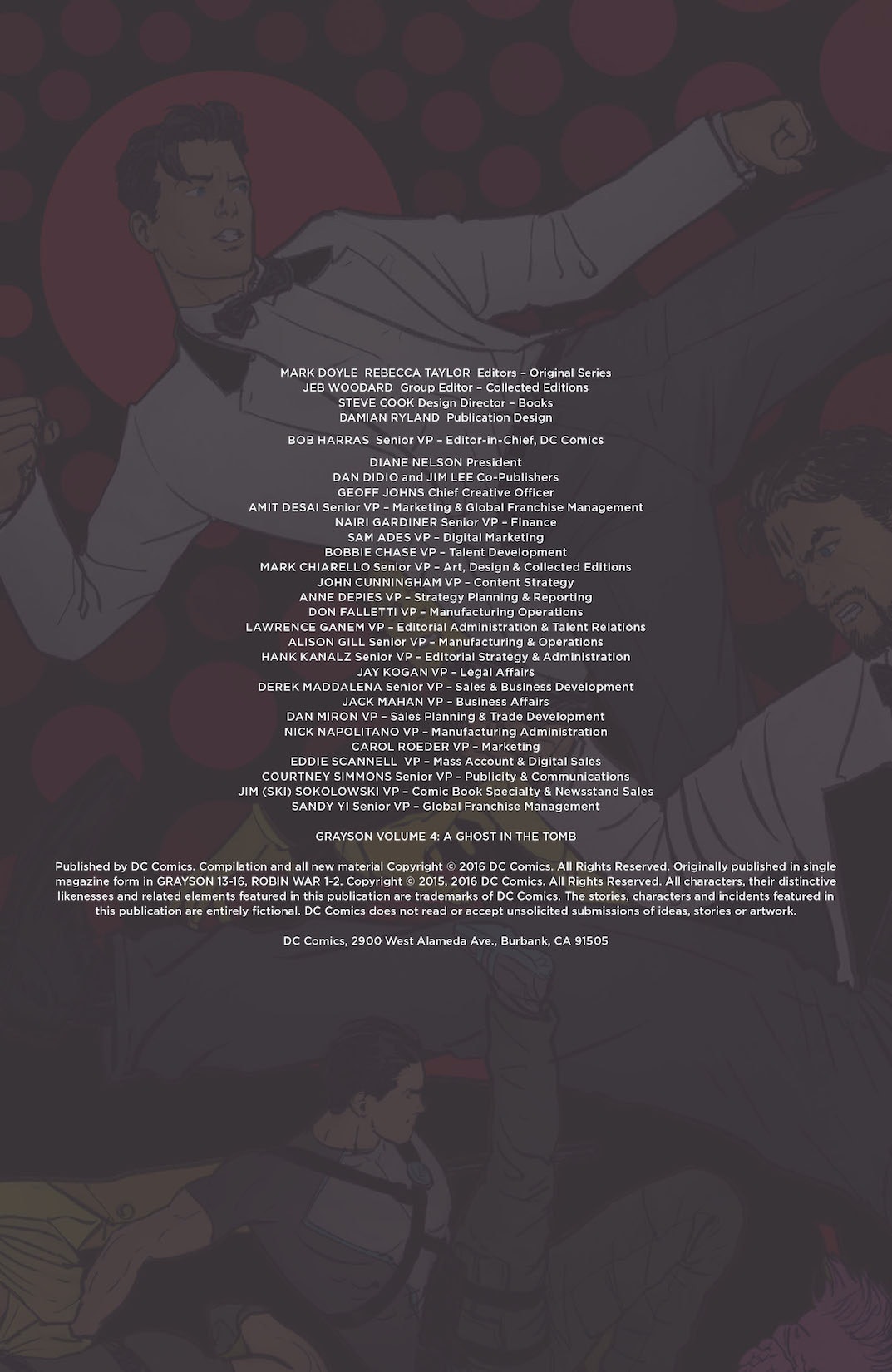 Grayson Vol. 4: A Ghost in the Tomb

Grayson Vol. 4: A Ghost in the Tomb

UNDERCOVER...AND IN OVER HIS HEAD. Dick Grayson-the former Robin turned Nightwing turned superspy Agent 37-is back to work at the covert global agency, Spyral. But one question continues to haunt him: Who is Agent Zero, and what does she want with him? Reluctantly aided by his partner, Tiger, Grayson uncovers Agent Zero’s origins within the secret lair of Spyral’s deceased founder, Doctor Dedalus. In doing so, he and Tiger also become ensnared in a malevolent ouroboros, a self-consuming circle of violence that endlessly connects Spyral to the criminal organization known as Leviathan. Grayson’s path soon becomes clear: he must take down Spyral and its director, Helena Bertinelli. Unfortunately his former partner, like the hell-bent huntress she is, has deployed a syndicate of the world’s best spies to neutralize the rogue Agent 37. If Grayson and Tiger are to survive, they’ll need to align themselves with a group as formidable as Spyral-and quite possibly deadlier. Acclaimed co-writers Tim Seeley (NIGHTWING) and Tom King (BATMAN), along with superstar artist Mikel Janín (JUSTICE LEAGUE DARK), deliver intense superspy action in the DC Universe with their fourth volume of the celebrated series that redefined Dick Grayson. Collects GRAYSON #13-16 and ROBIN WAR #1-2.