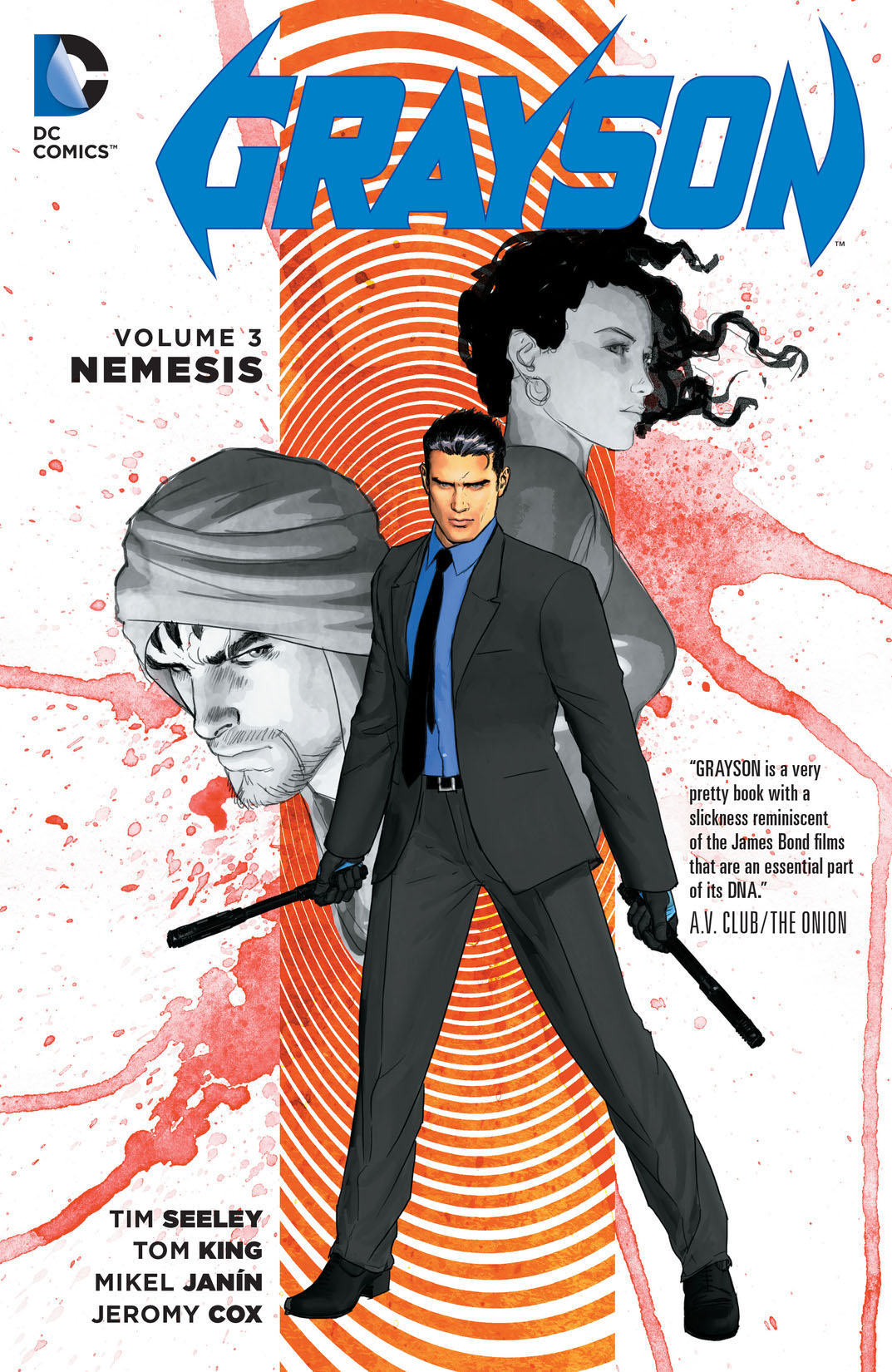 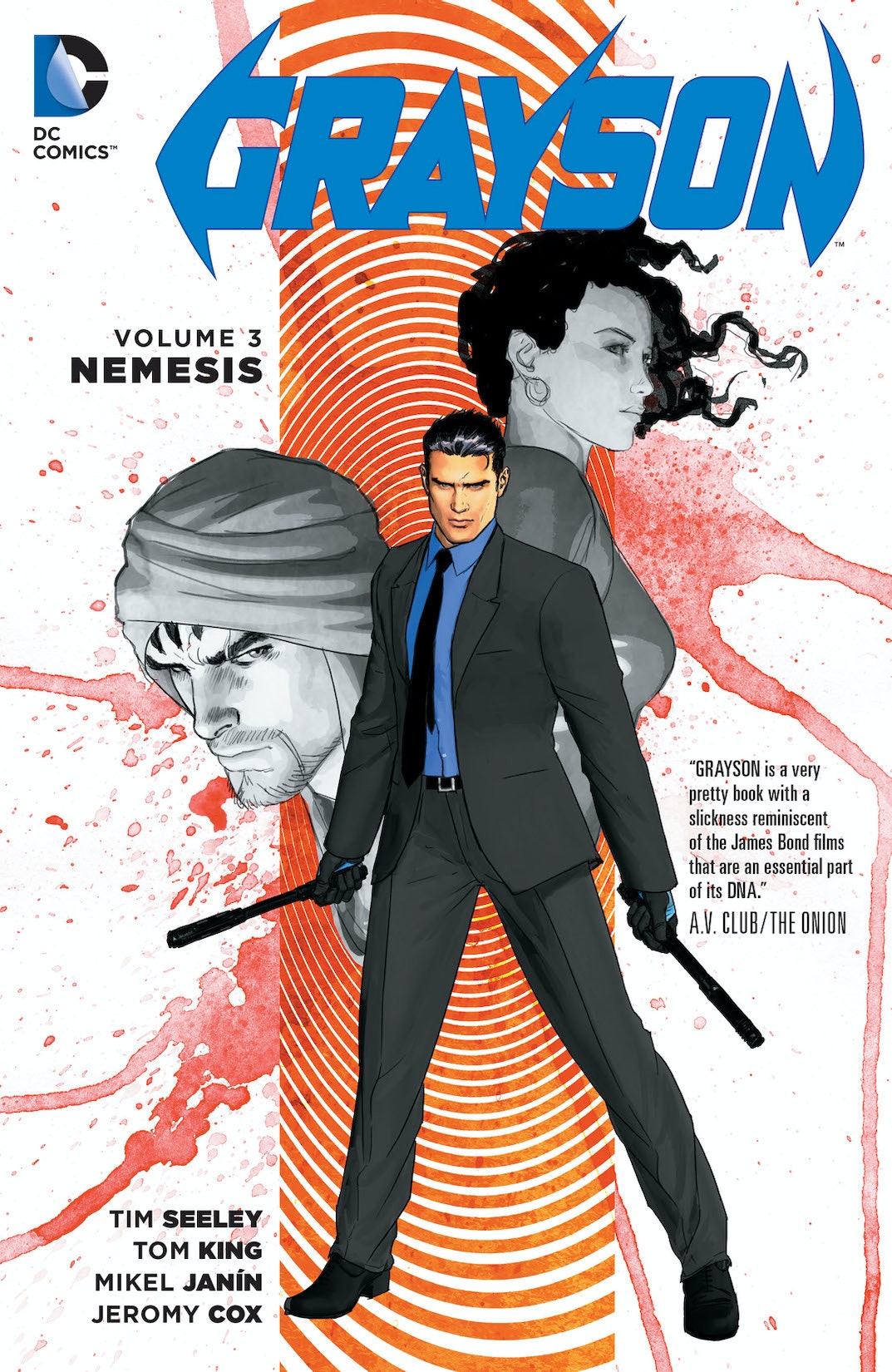 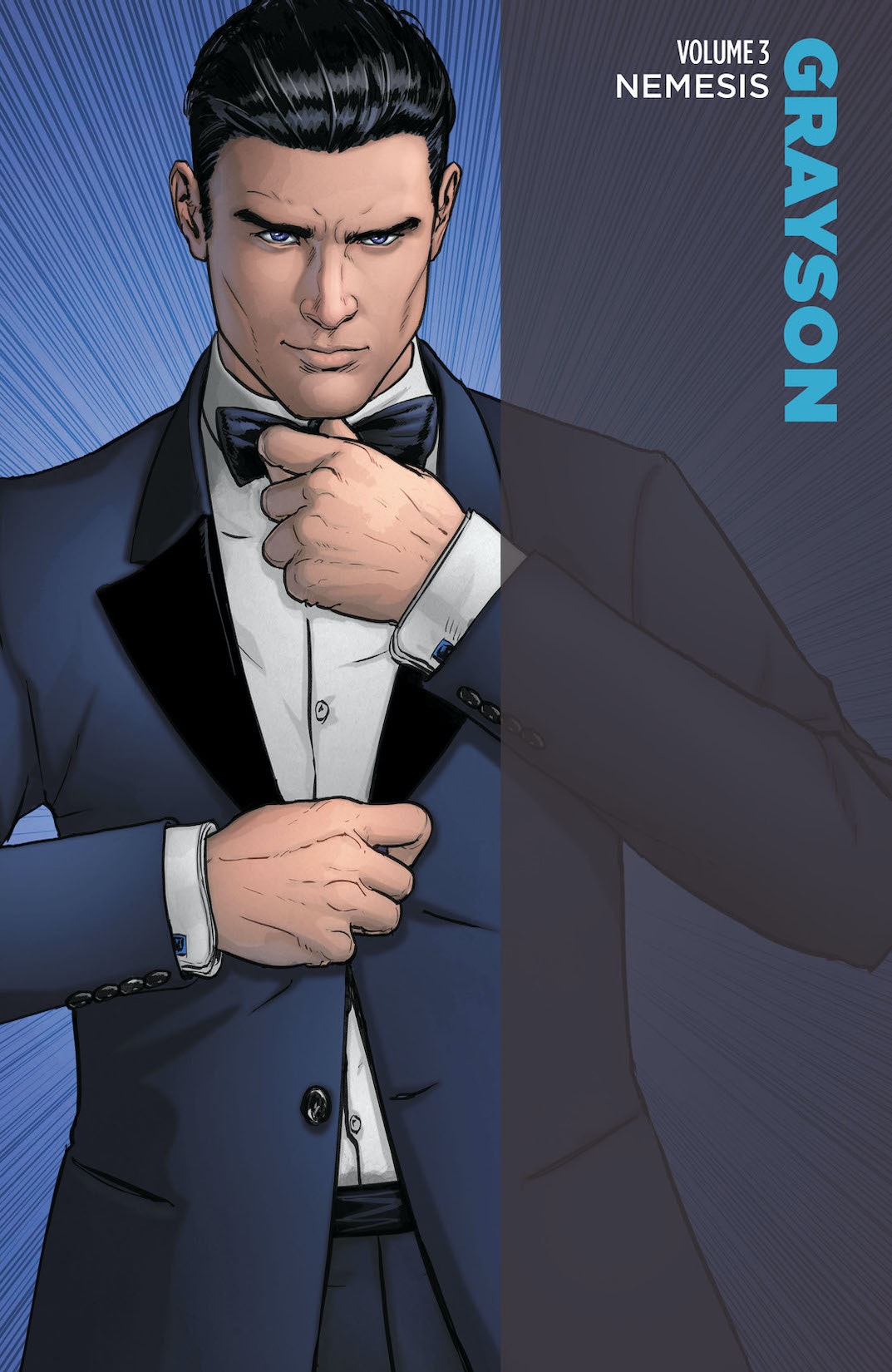 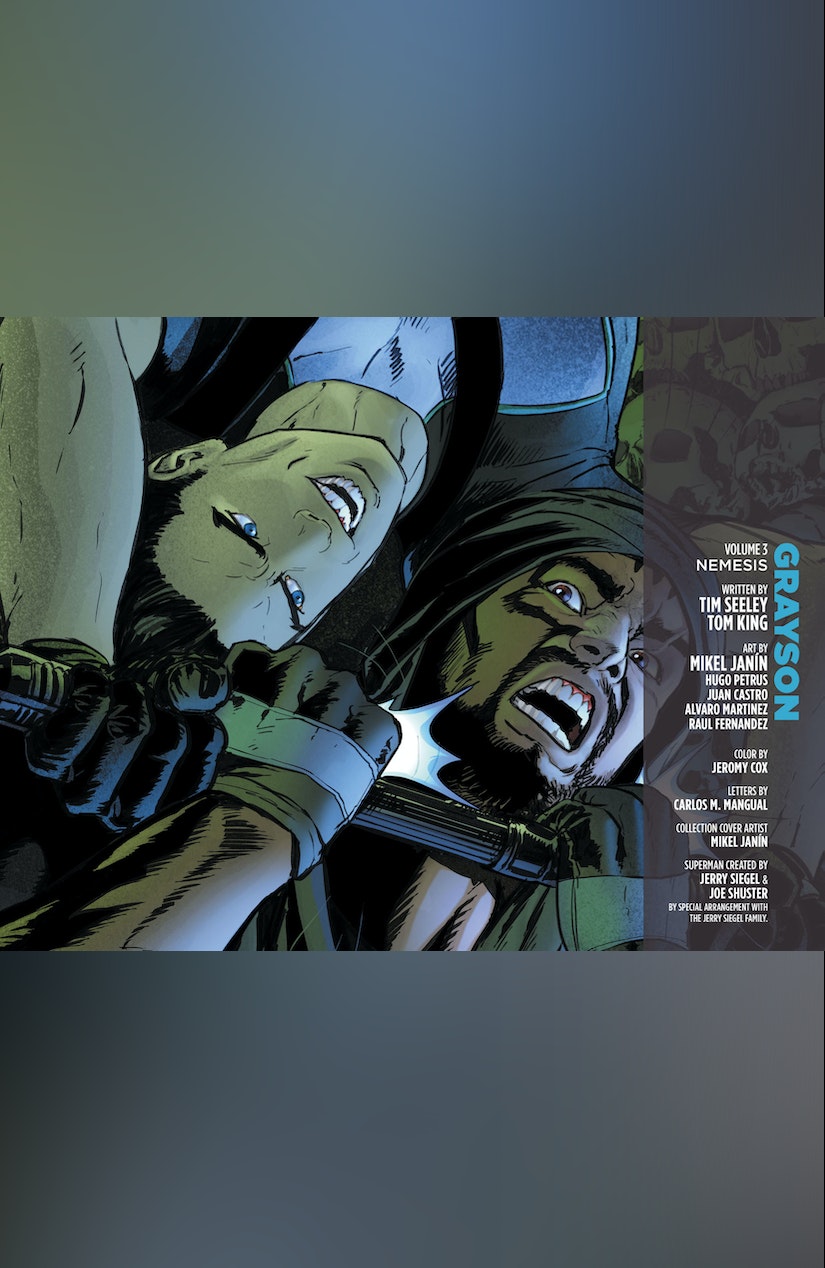 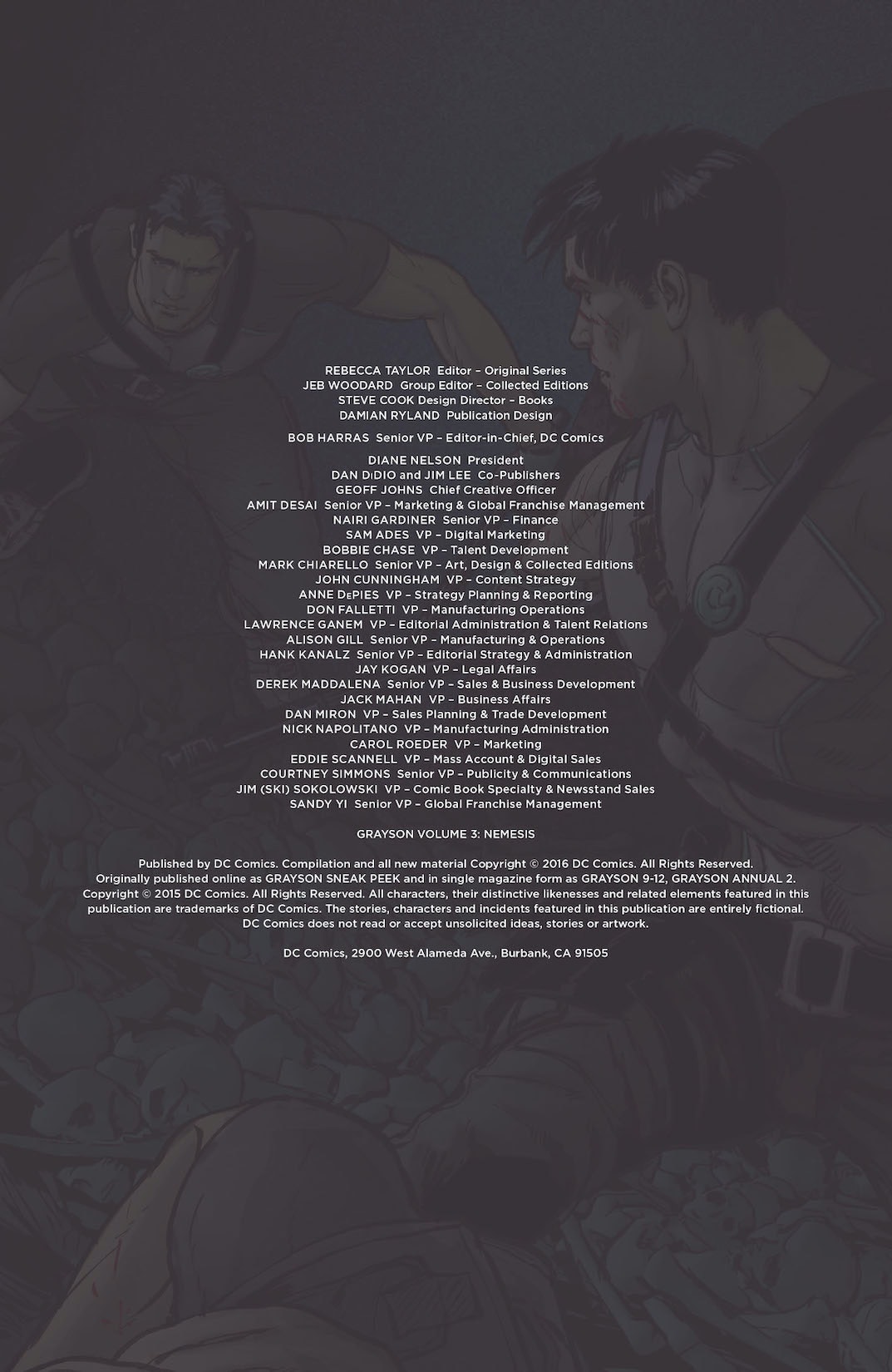 Red-hot creative team TIM SEELEY (BATMAN ETERNAL) and TOM KING (OMEGA MEN) along with artist MIKEL JANÍN (JUSTICE LEAGUE DARK) continue the smash-hit adventure in GRAYSON VOL. 3: NEMESIS! Dick Grayson is Agent 37, super spy extraordinaire, caught in a maze of mind games and hidden agendas. But with Batman dead, there is no one to bring this spy in from the cold. Now, someone is killing rival spies and setting it up to look like Dick is the murderer. With no one to trust, Grayson turns to the only people he can-those closest to him. Unfortunately, all of them think he’s dead, and some of them are none too pleased to see him again. Reunited with his fellow Robins, Batgirl, and even Superman, Dick is about to find out that there’s no escaping Spyral-even in Gotham City! Collects GRAYSON SNEAK PEEK, GRAYSON #9-12 and GRAYSON ANNUAL #2.