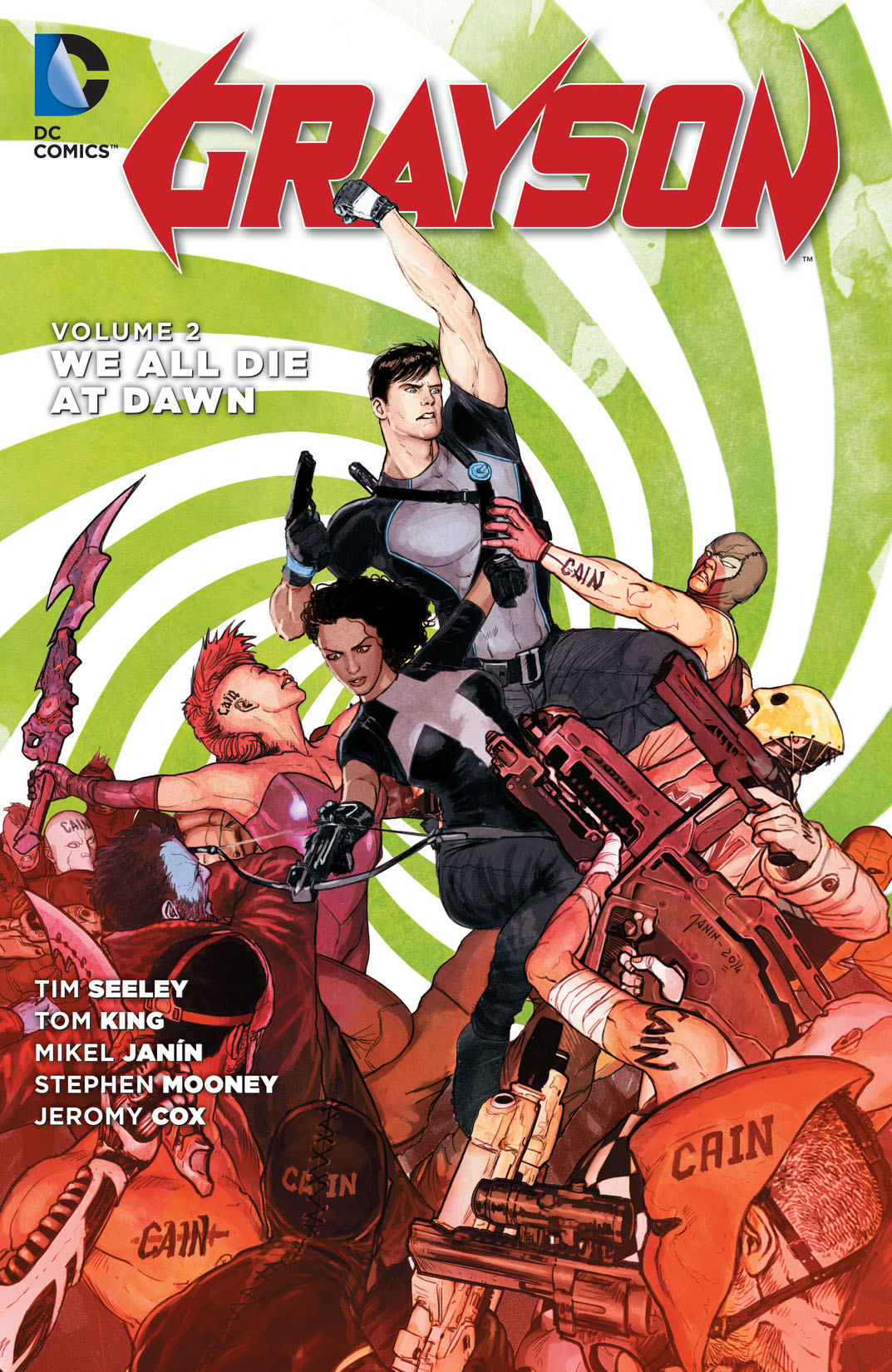 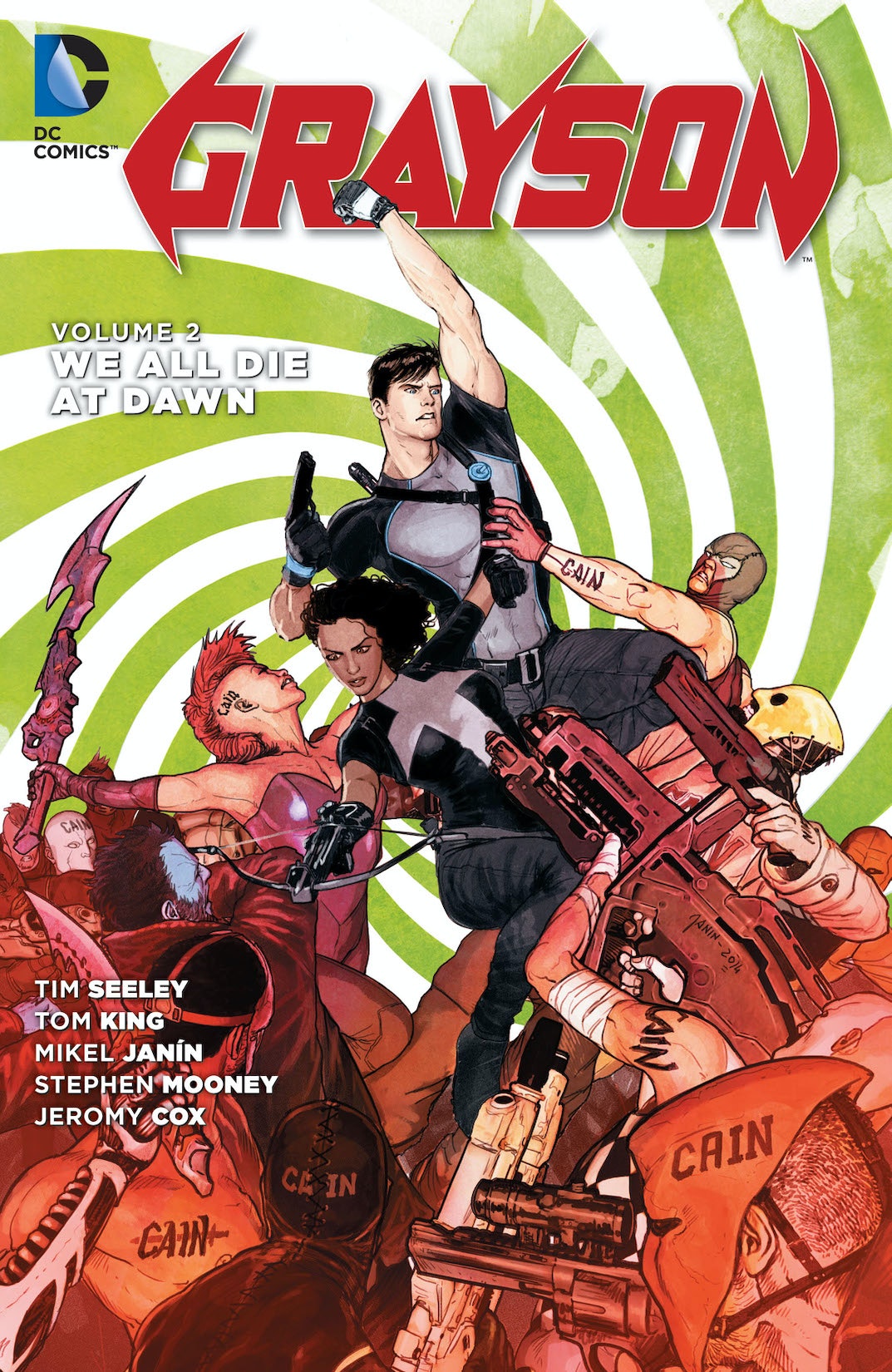 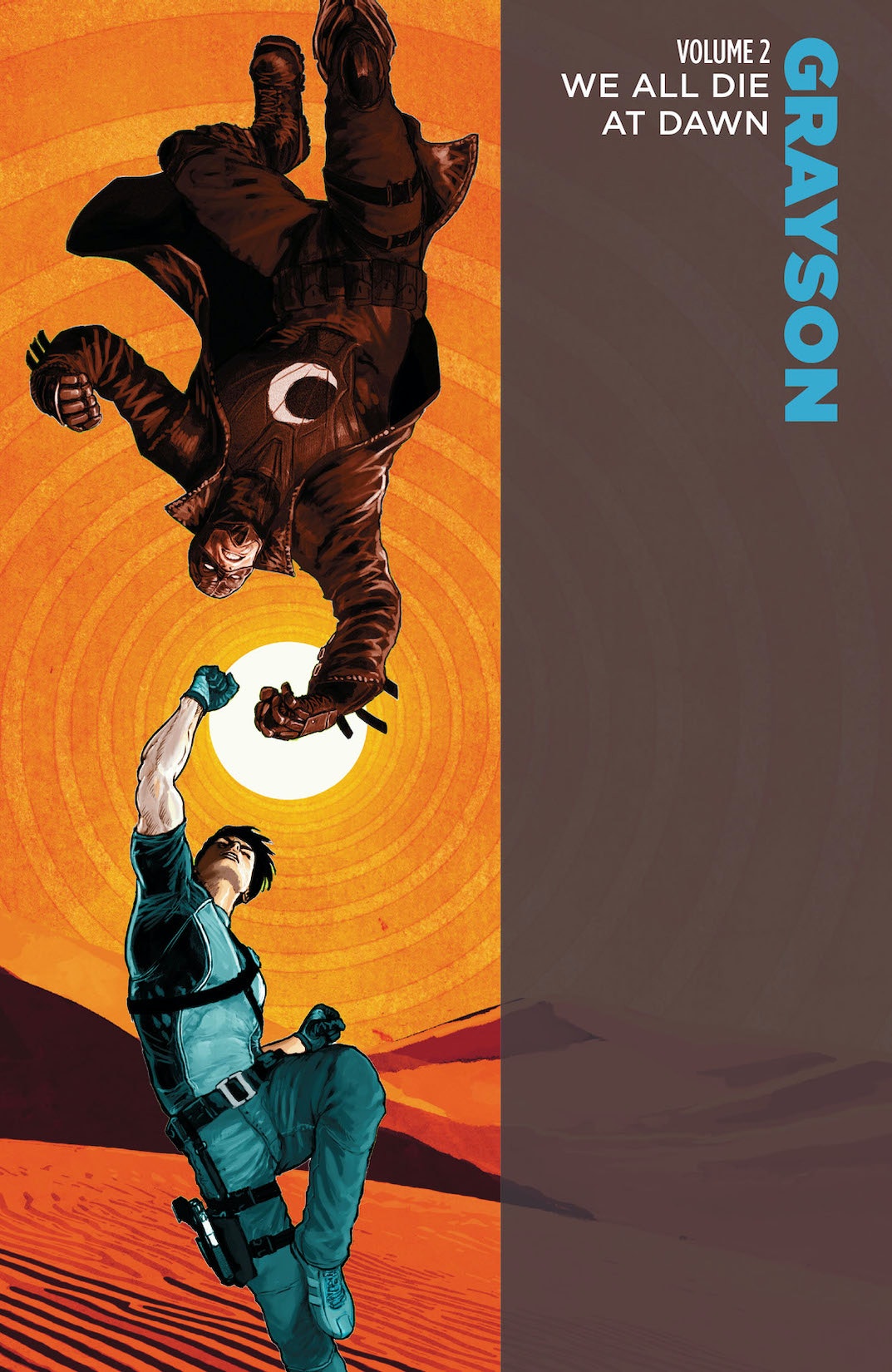 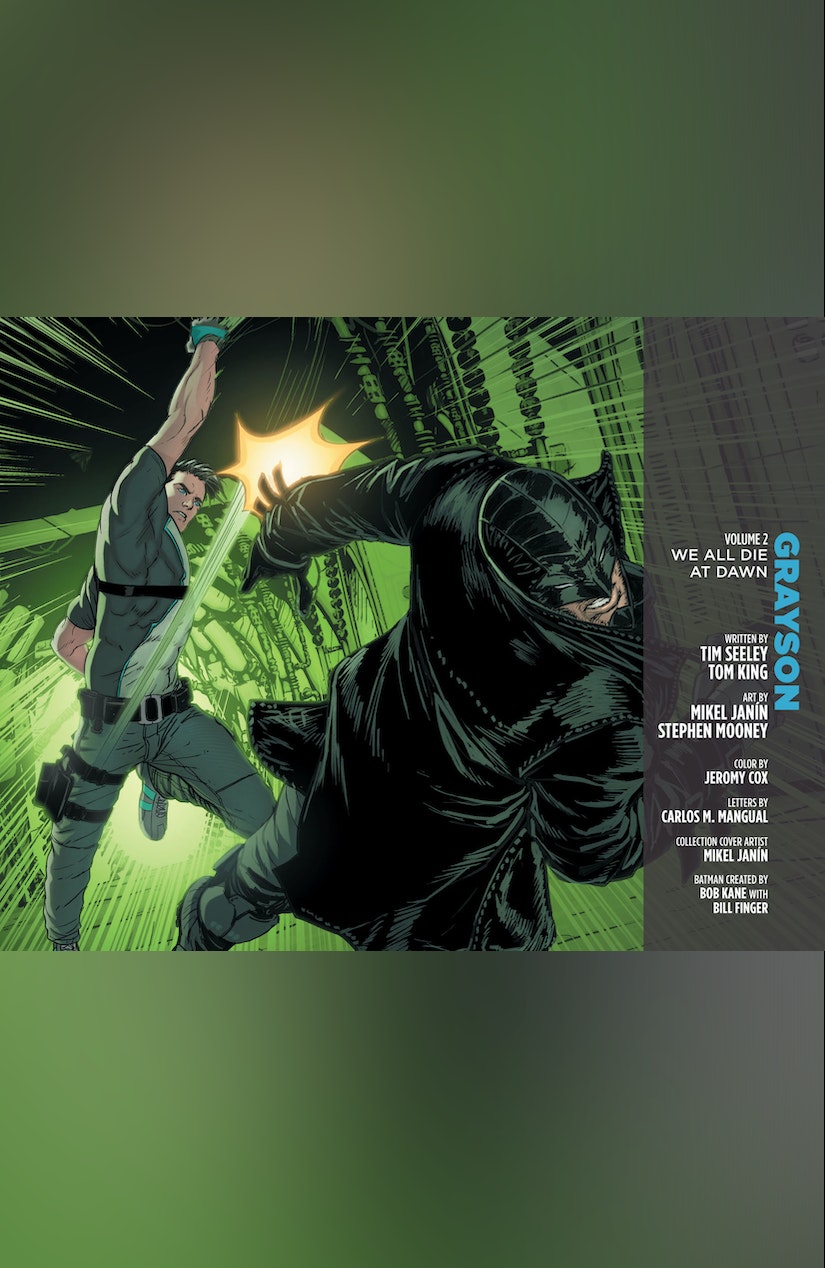 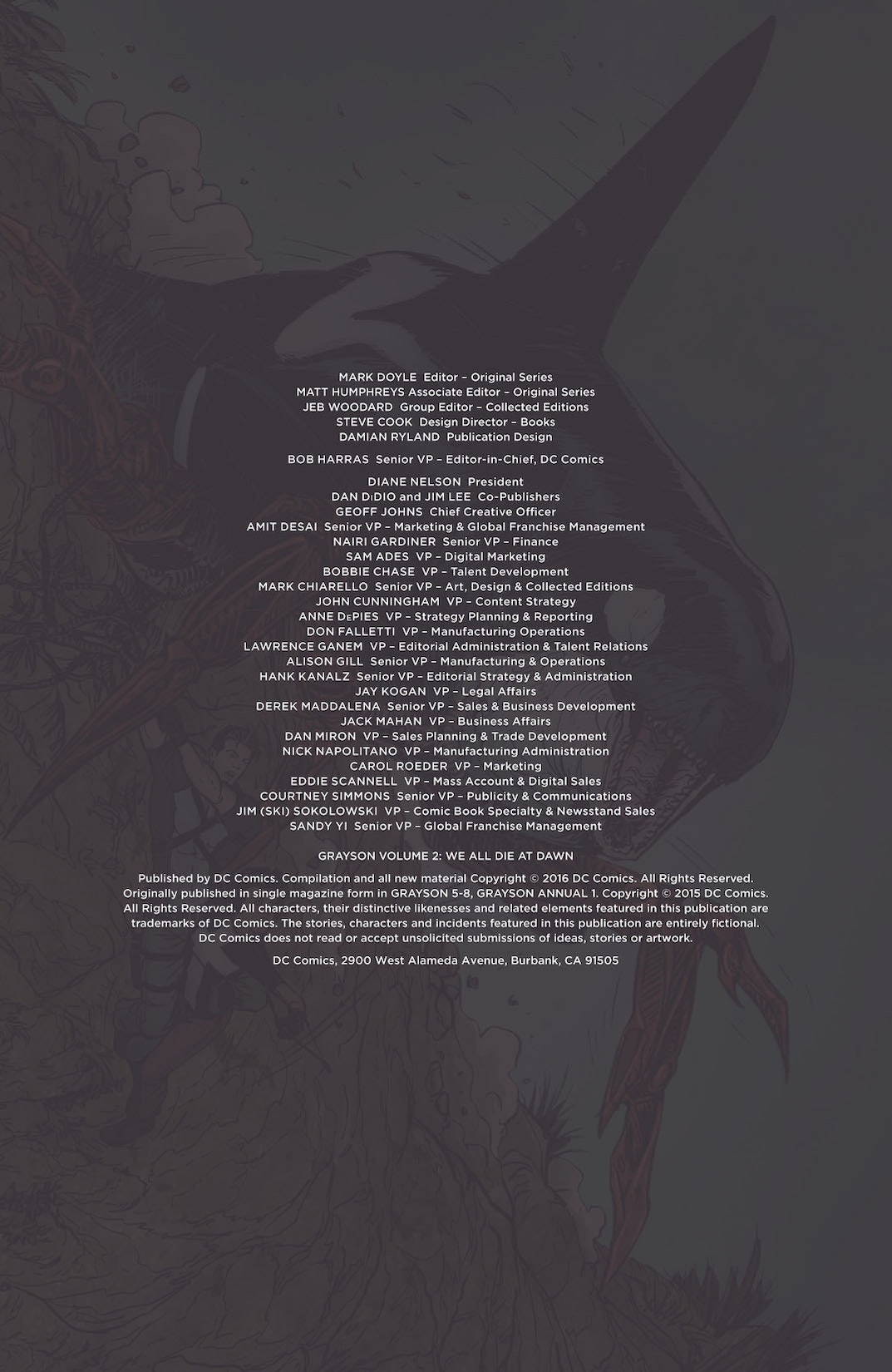 Grayson Vol. 2: We All Die at Dawn

Grayson Vol. 2: We All Die at Dawn

The next thrilling chapter of Dick Grayson’s life, and the mysterious underside of the DC Universe! Former acrobat. Former Robin. Former Nightwing. Spy. Dick Grayson, now entrenched in the international spy organization known as Spyral, is on the hunt for the Paragon Protocol-metahuman biological organs that grant normal humans supernatural abilities. But the secret lifestyle of a spy isn’t easy. Dick must survive a desert with a brutal man known as Midnighter, while protecting the life of an infant. Then there is the fatalistic rock band and the brain damaged Irish bomber. And what exactly is Mr. Minos, director of Spyral, up to? Collects GRAYSON #5-8 and GRAYSON ANNUAL #1.