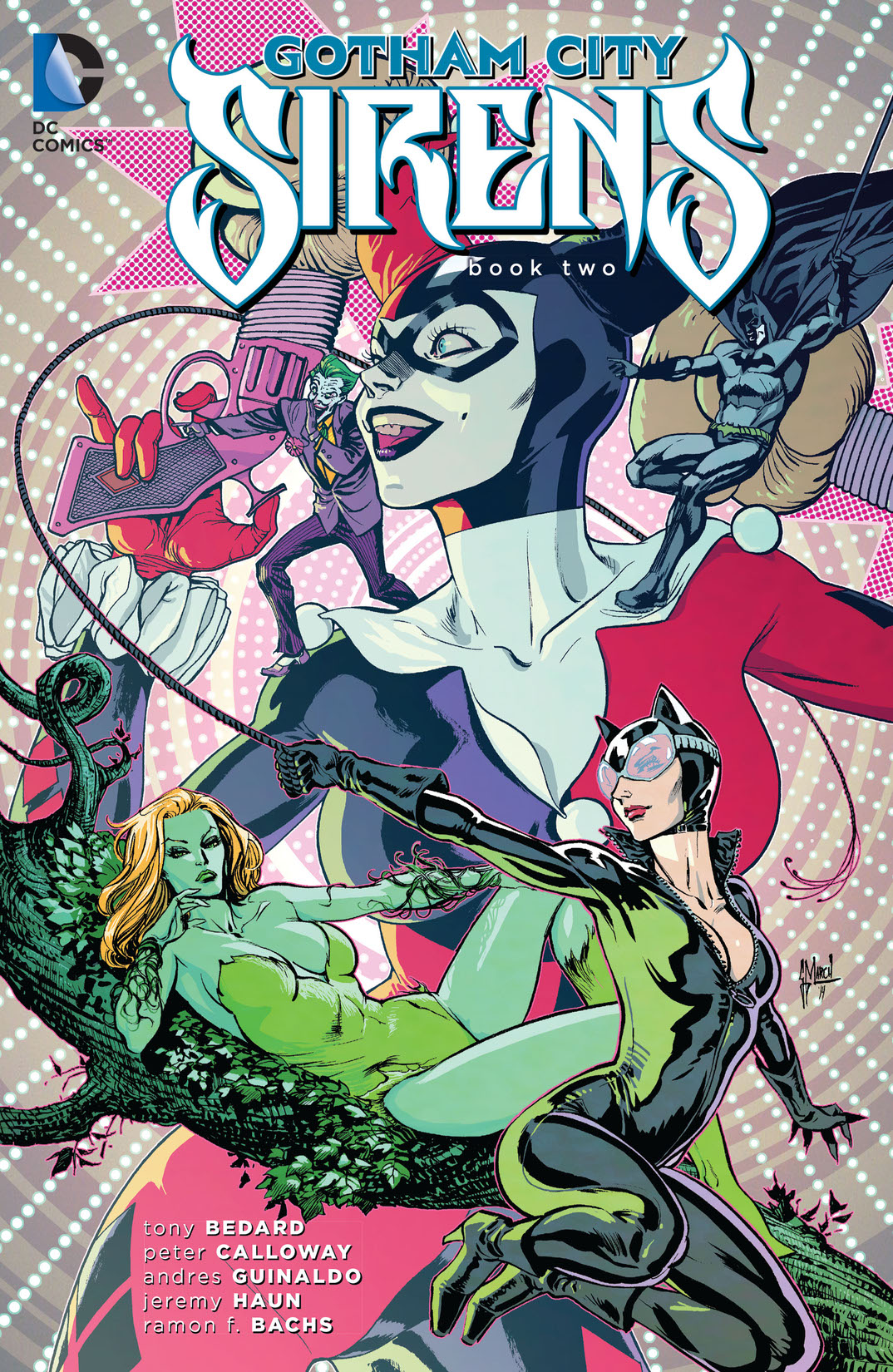 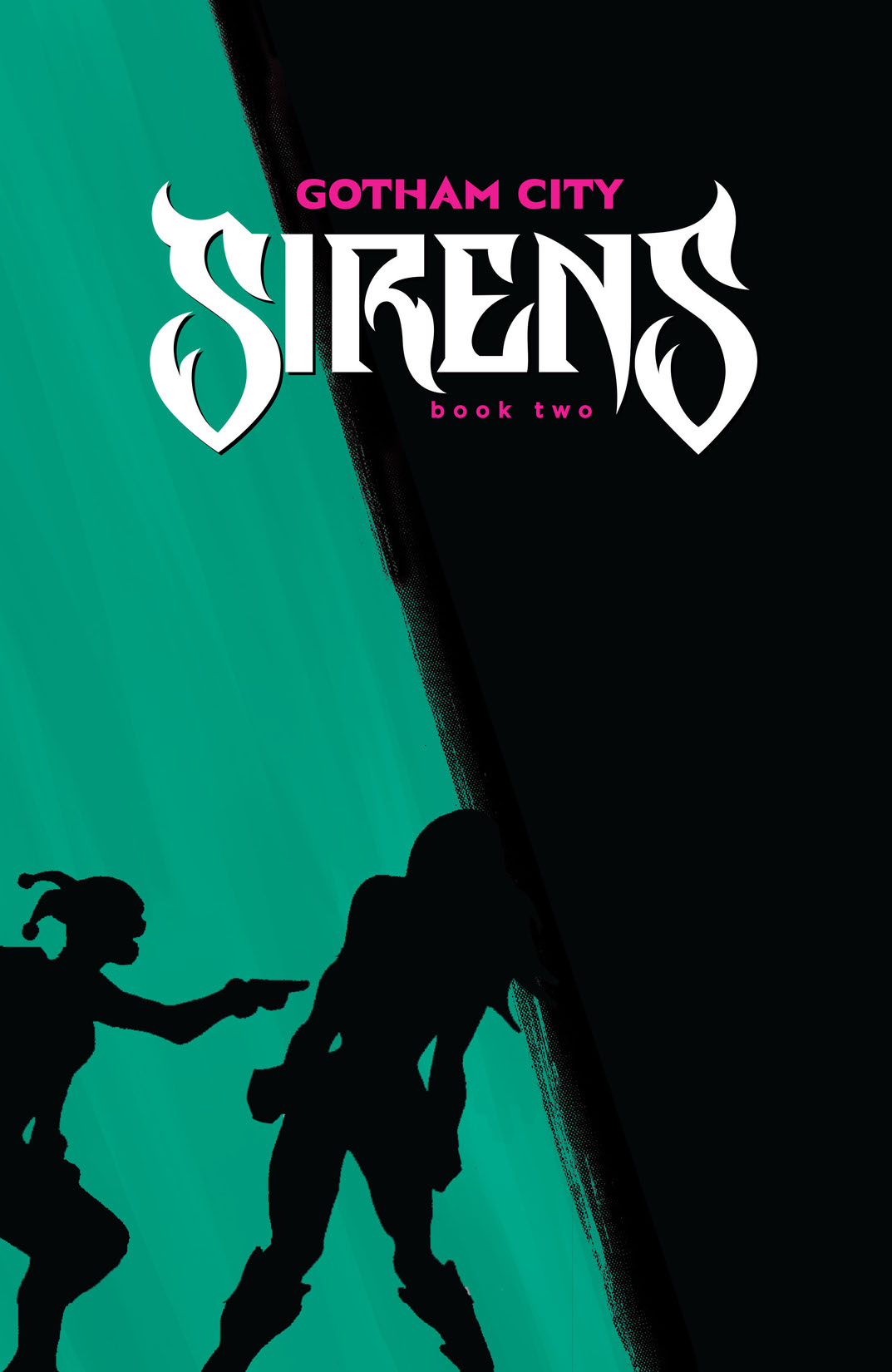 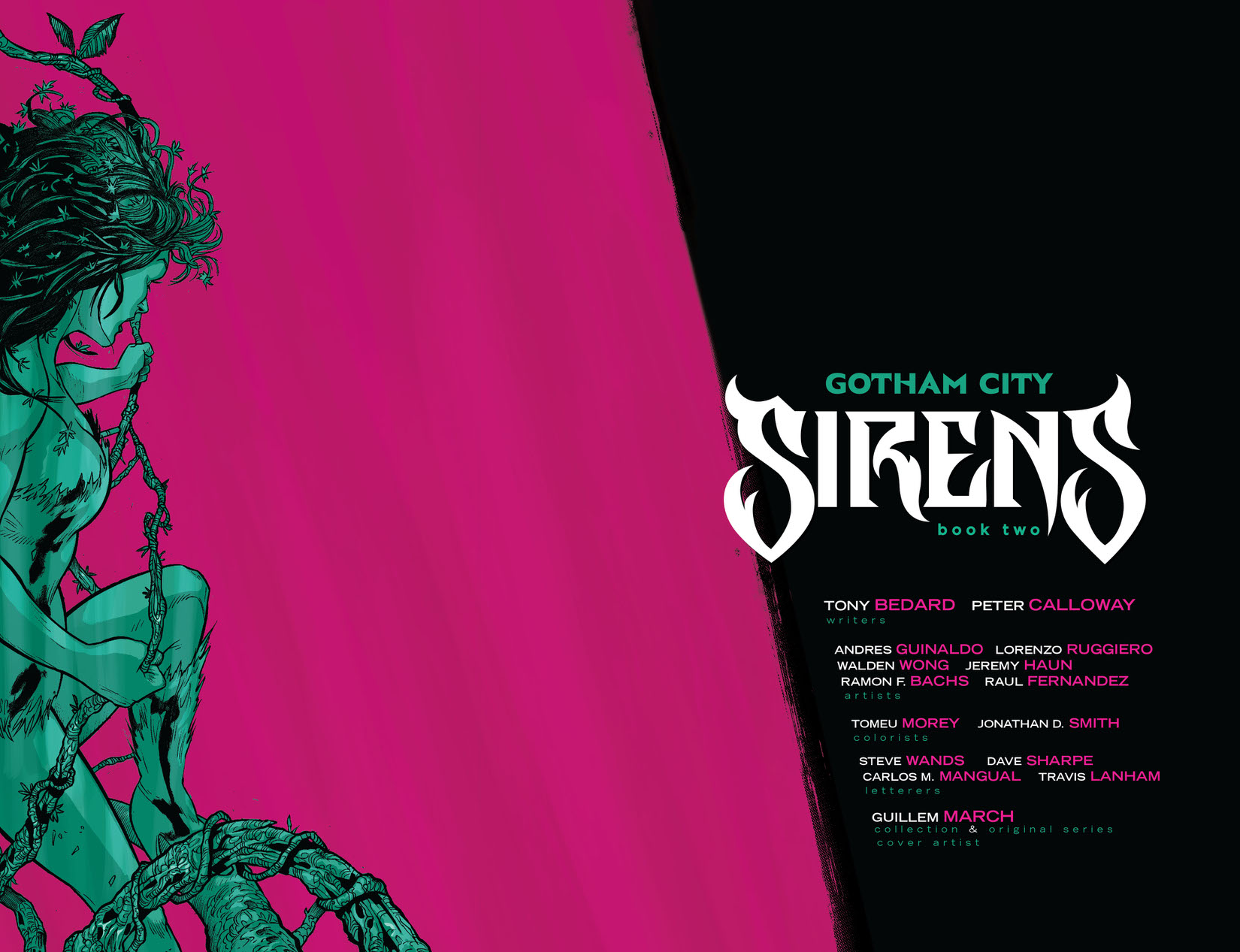 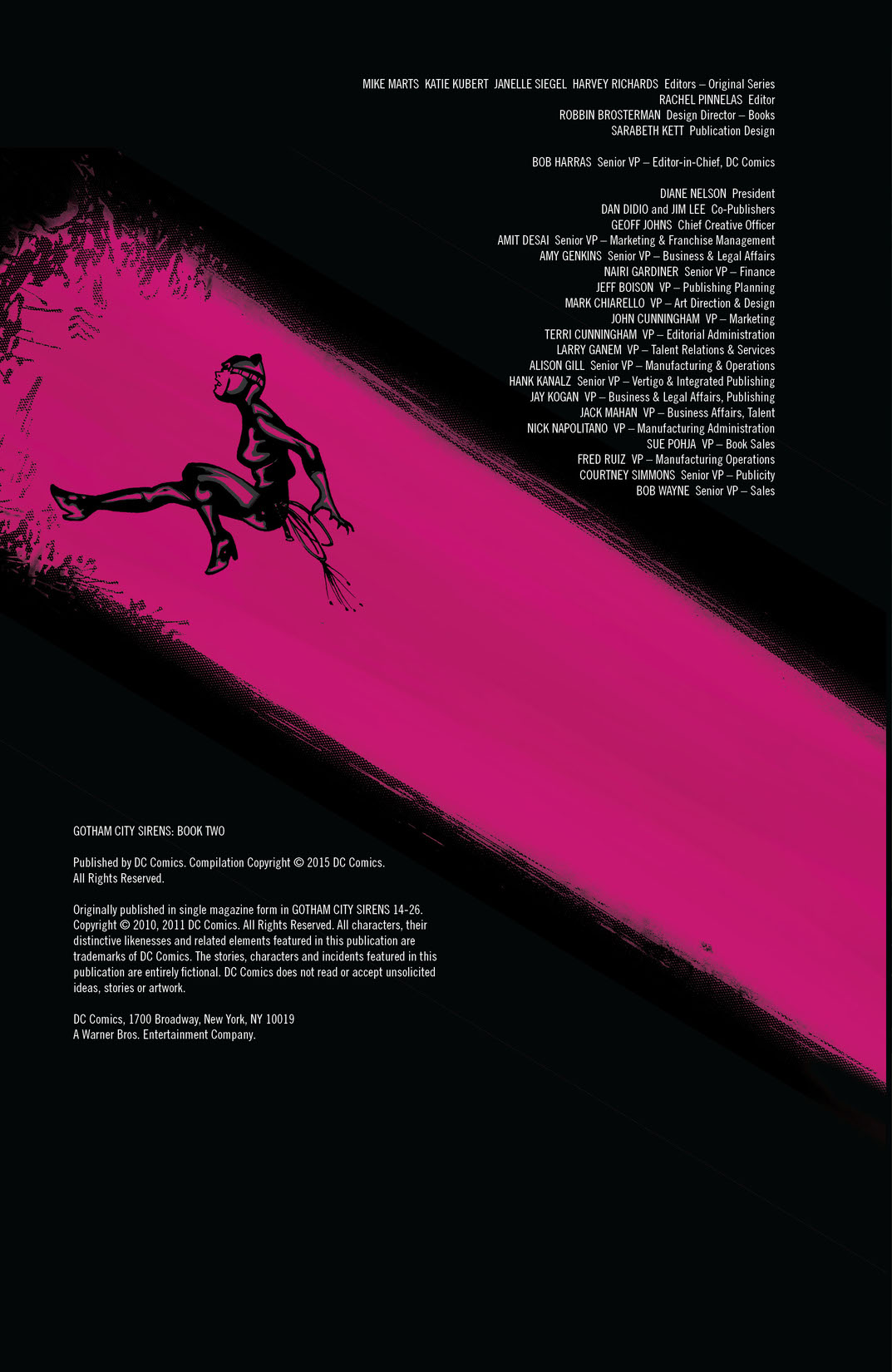 Together, Catwoman, Harley Quinn and Poison Ivy are three of Gotham City's most powerful quasi-reformed criminals and together they spark scandal wherever they go. Bu when Harley stages a riot in Arkham Asylum to the Joker, it could be the beginning of the end of the Gotham City Sirens. As the situation inside Gotham quickly spins out of control, and Harley becomes more and more mired in her obsession with the Clown Prince of Crime, Poison Ivy and Catwoman struggle over how to handle their estranged teammate. The Gotham City Sirens are ready to make their final stand, but will they be fighting each other? Writers Tony Bedard (SUPERGIRL) and television's Peter Calloway (Brothers & Sisters, Hellcats) team up with artists Andres Guinaldo (NIGHTWING), Jeremy Haun (BATWOMAN), Ramon F. Bachs (BATMAN: STREETS OF GOTHAM) and more, in GOTHAM CITY SIRENS (collects issues #14-26), pushing alliances to the limit and putting the bad girls of Gotham at each other's throats.