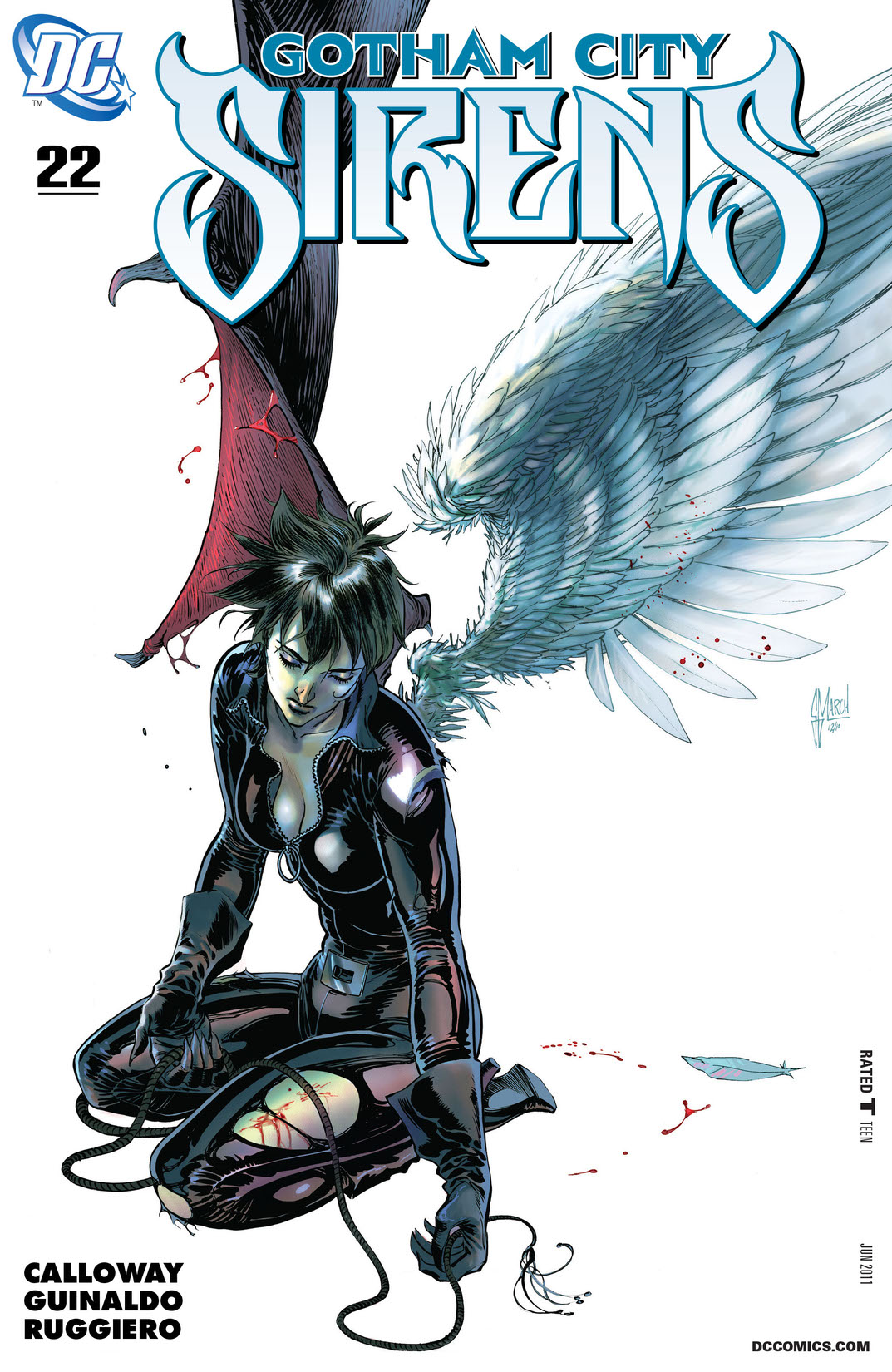 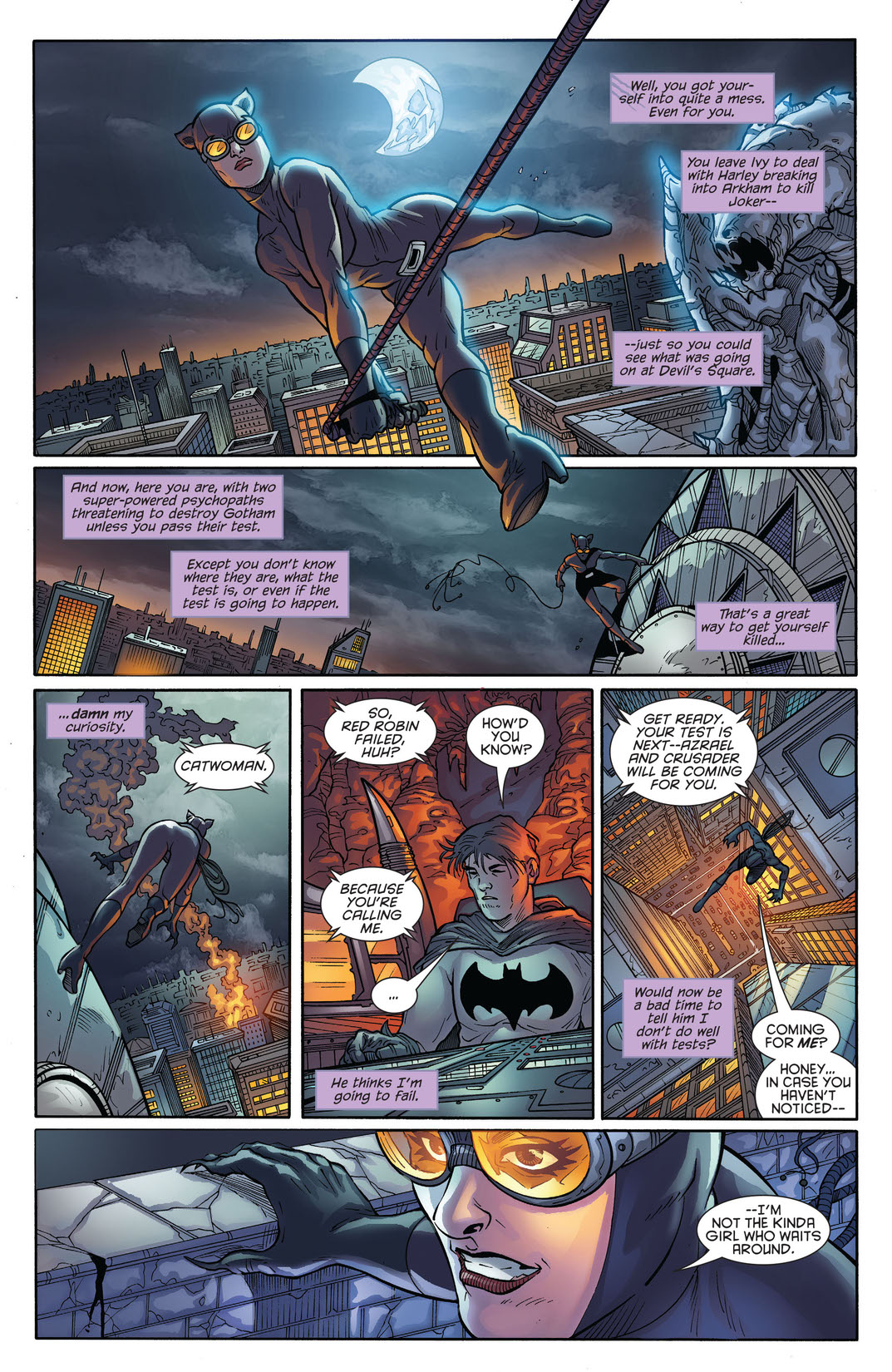 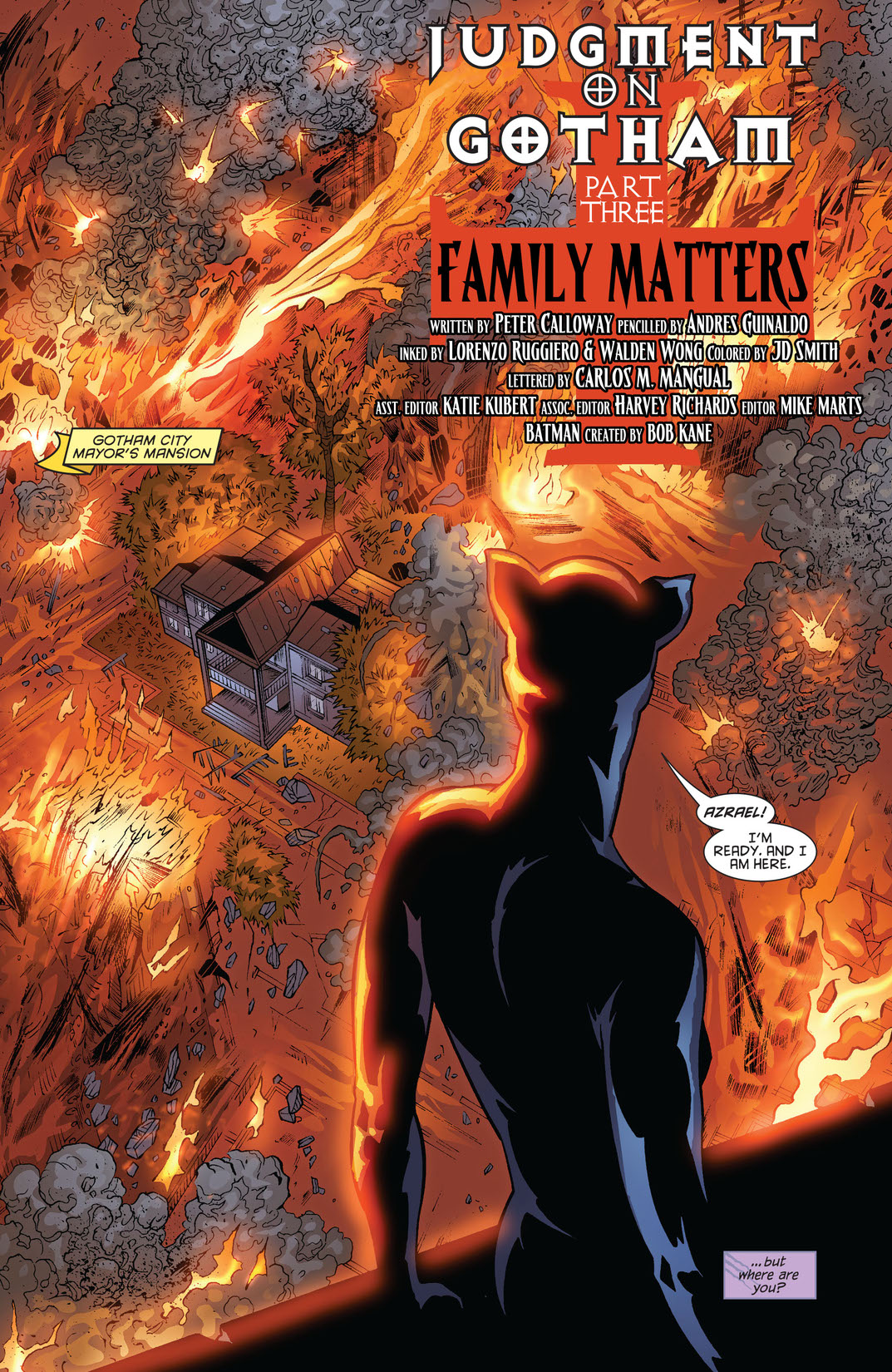 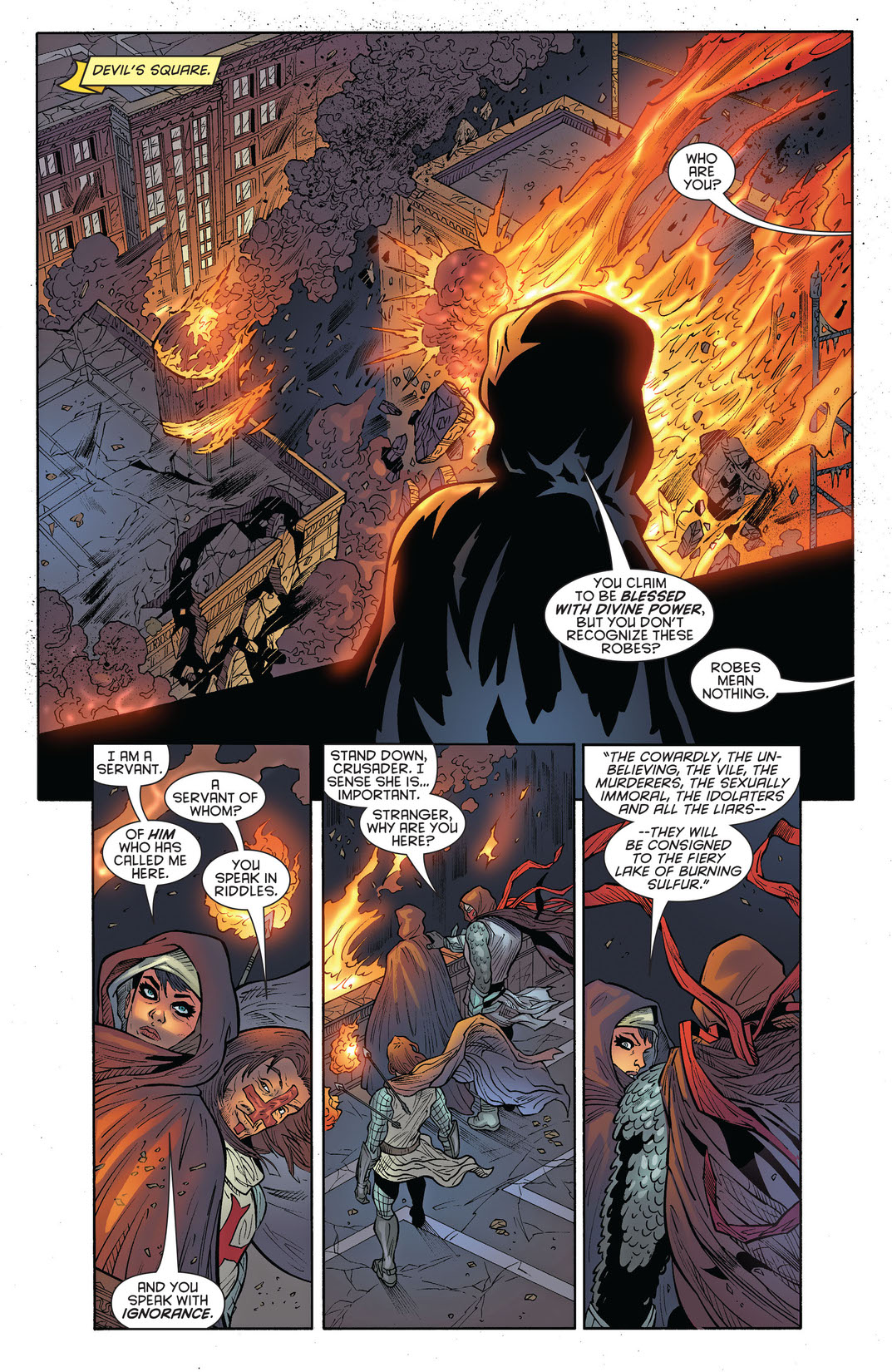 Judgment on Gotham' part 2, continued from RED ROBIN #22. The Angels of Death have sworn judgment on Gotham City—but Gotham's heroes are fighting back. Catwoman finds herself in the middle of a fight for the very existence of the city itself! Continued in BATMAN #709.