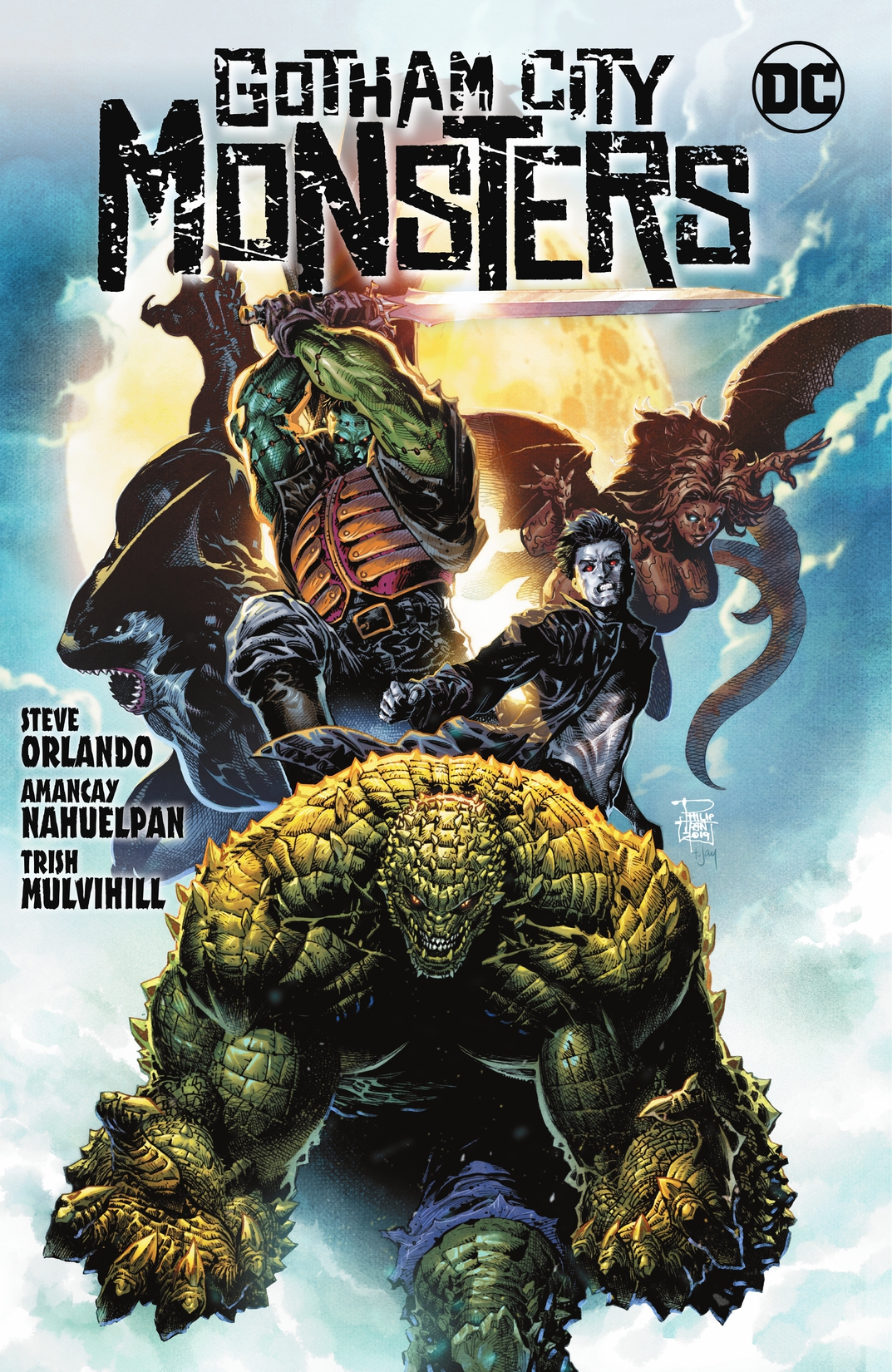 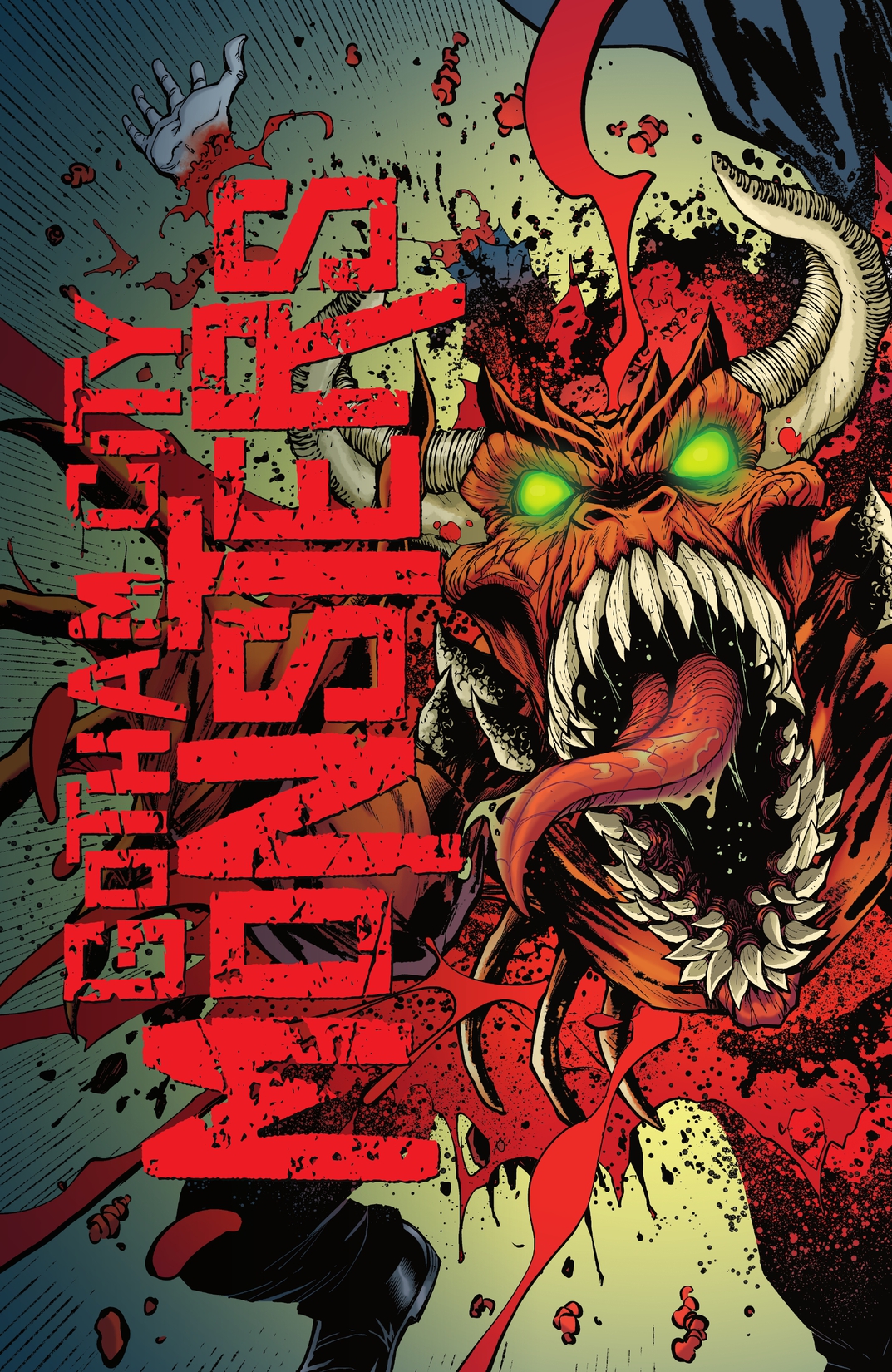 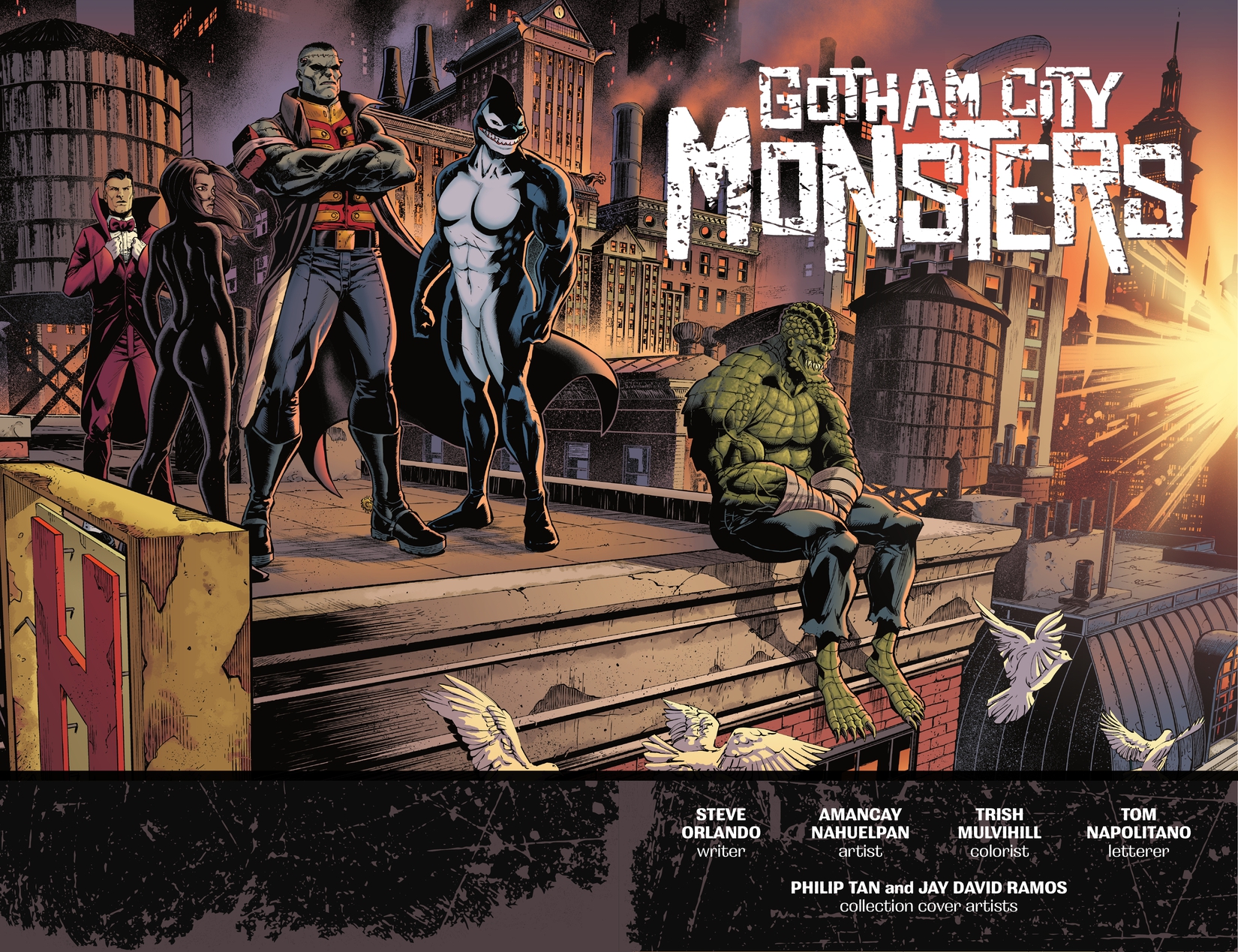 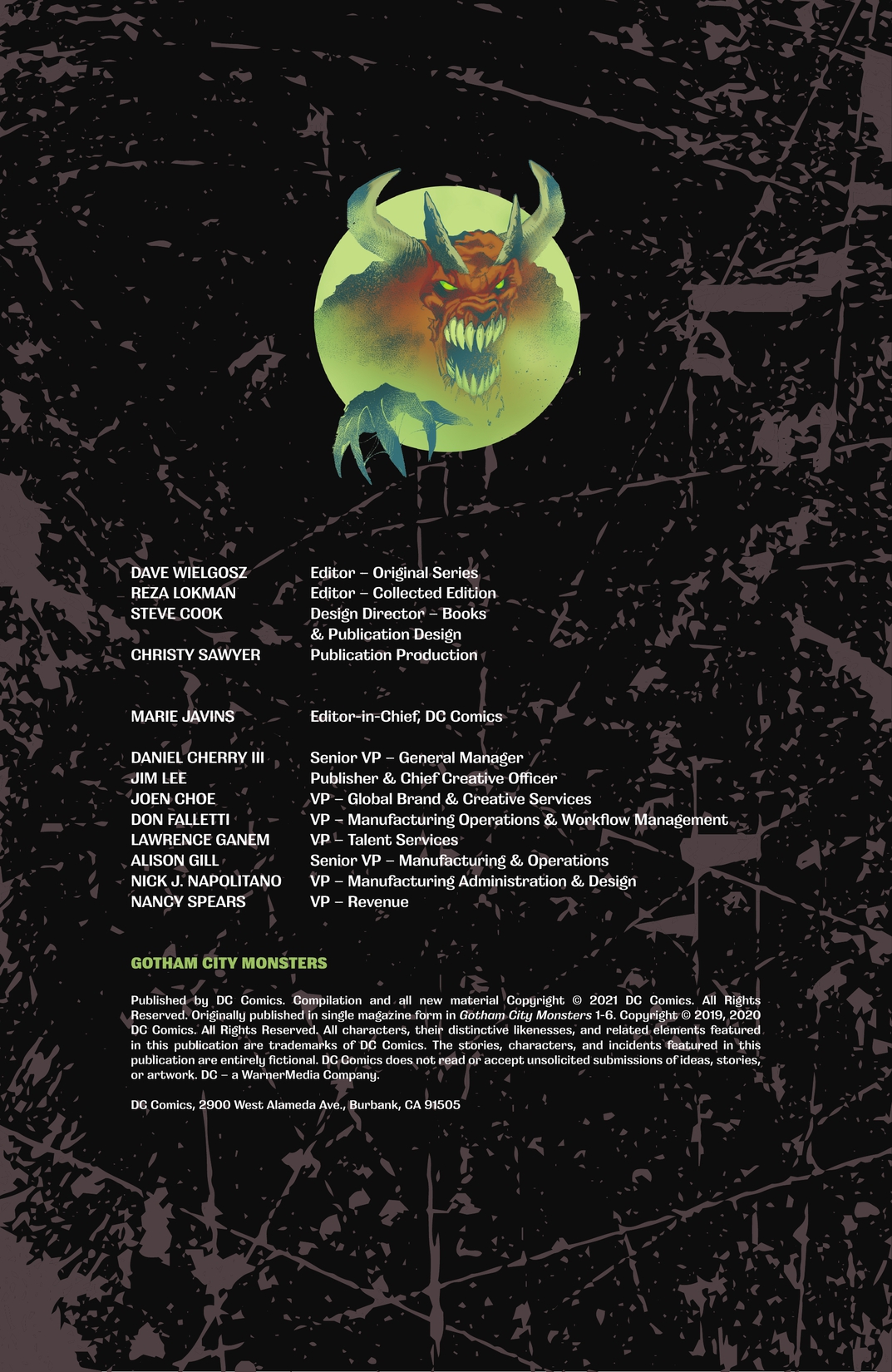 Now that S.H.A.D.E. has been dismantled by Leviathan, Frankenstein finds himself free to set his sights on his former mentor, Melmoth, the one evil that got away. With bad things happening across the Multiverse, this may be Frankenstein’s last shot at setting things right. Of course, Melmoth has his own agenda, and it’s going to take more than a lone monster to take him down. So Frankenstein heads to Gotham City in search of allies and recruits Killer Croc, Lady Clayface, Orca, vampire Andrew Bennett, and a mysterious figure known as the Red Phantom. But will even these dread creatures be enough to save humanity before the entire cosmos collapses in on itself? Fan-favorite writer Steve Orlando (Midnighter, Martian Manhunter, Batman/Shadow) and red-hot artist Amancay Nahuelpan (Crush & Lobo) bring the monstrous might of the DC Universe in full force. Collecting Gotham City Monsters #1-6.