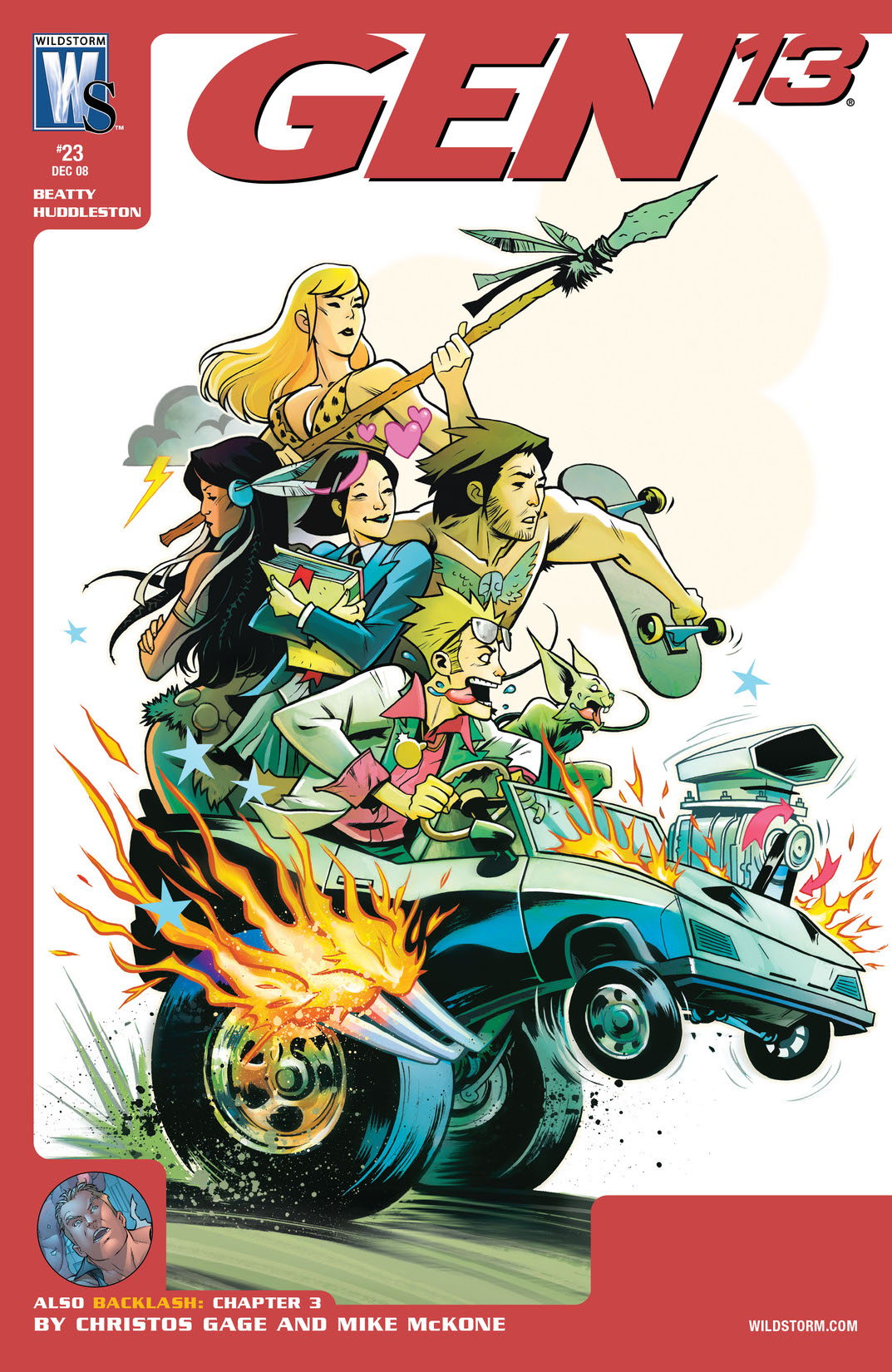 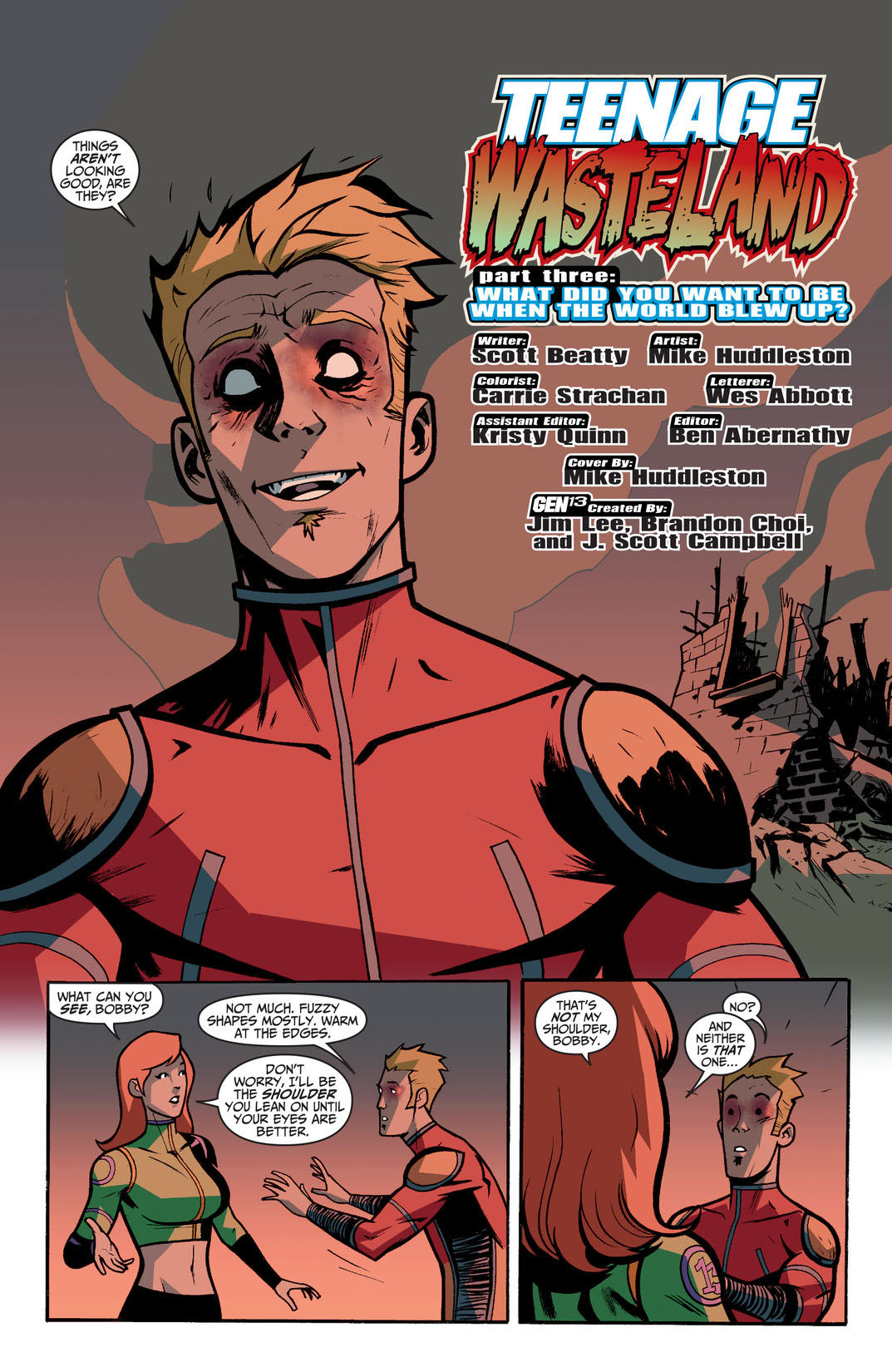 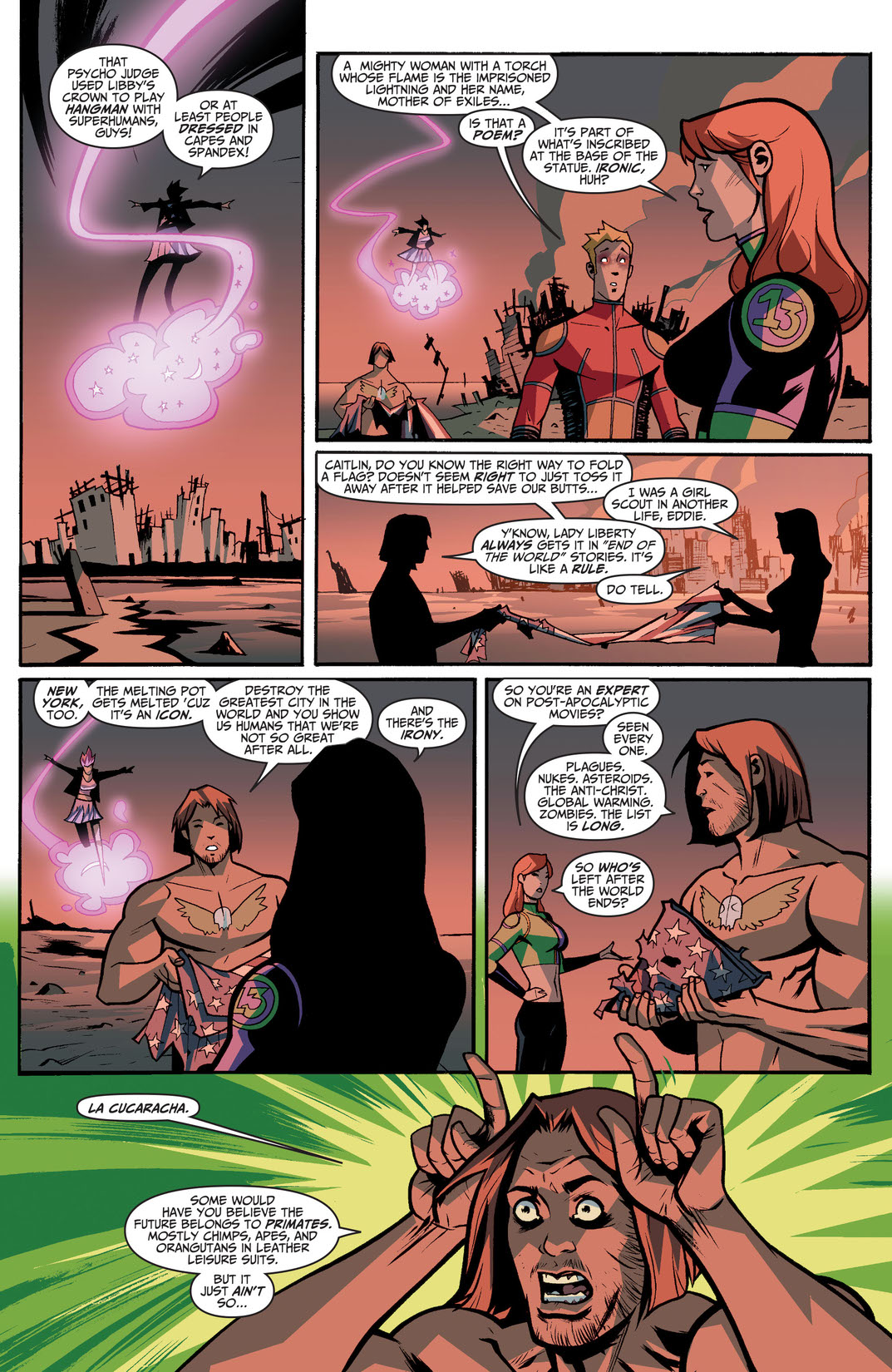 The kids have found nothing but hardship and near-death in the post-apocalyptic landscape...in a brief respite in the wilderness, they take the opportunity to reflect on the new world order. Also, Christos Gage and Mike McKone's new backup story continues, focusing on Marc Slayton, the original Backlash!