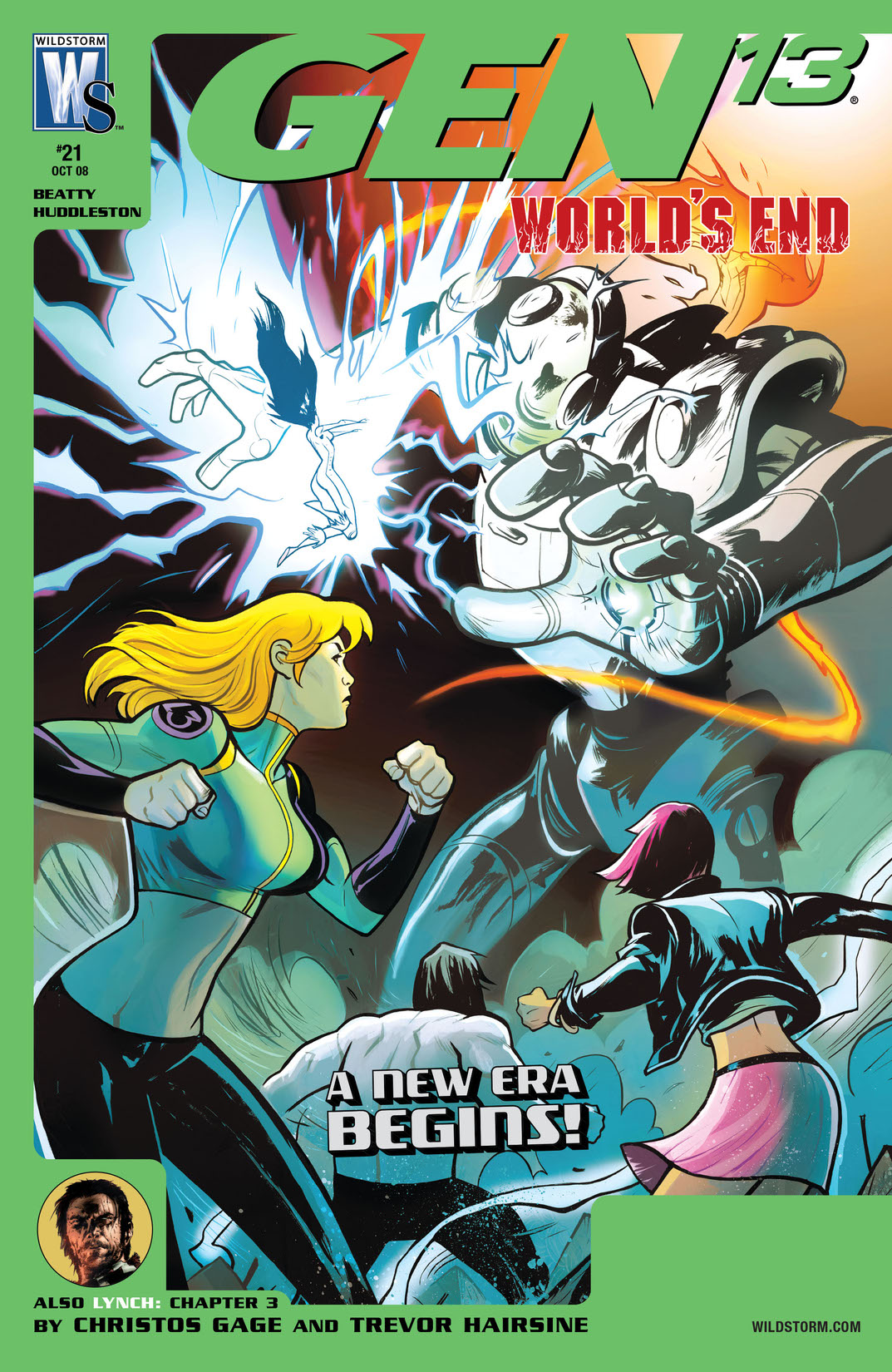 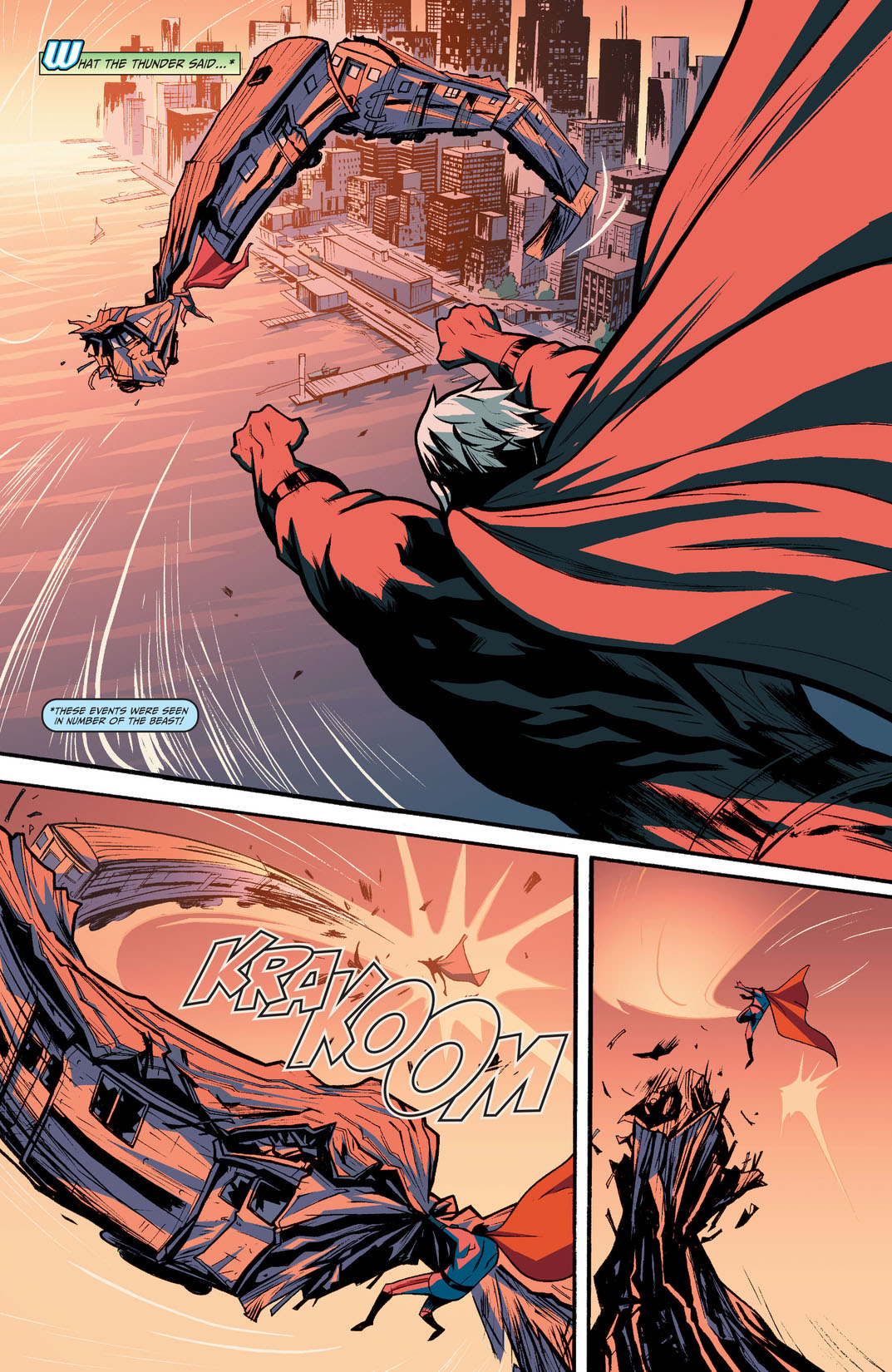 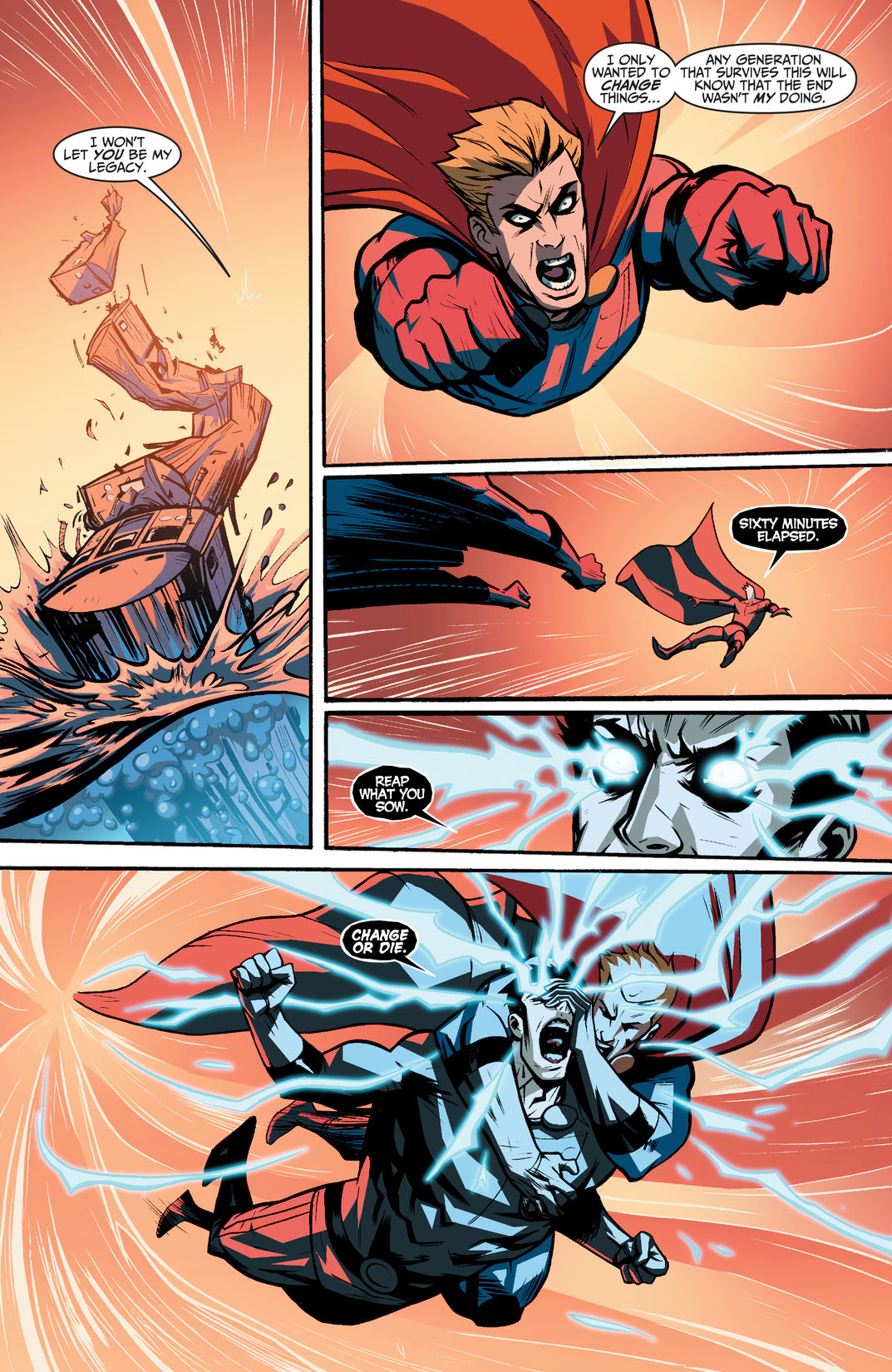 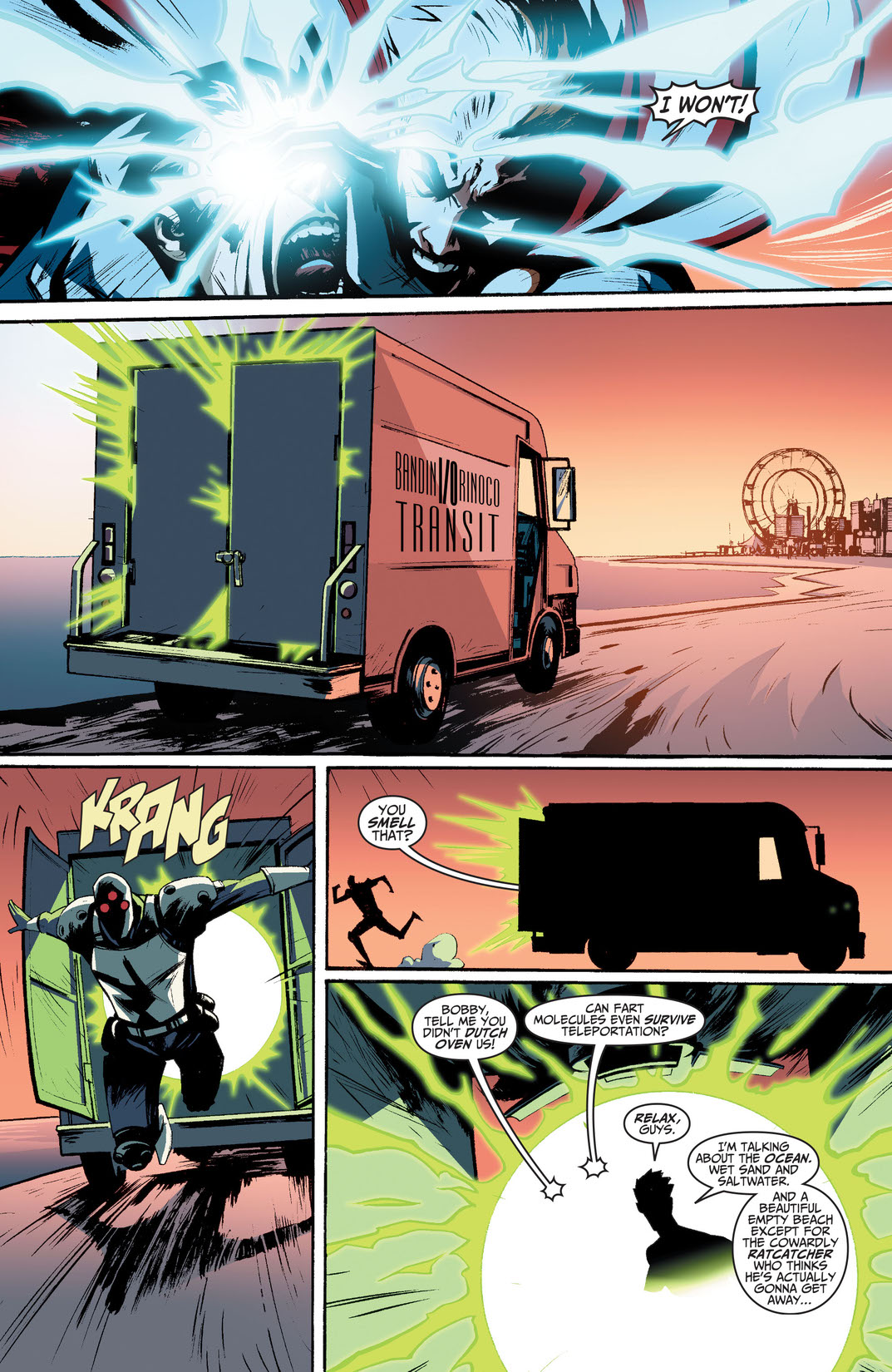 Look before you leap! After jumping through an I.O. teleportation device at the close of their last adventure, the Gen13 kids find themselves in a radically changed world that they NEVER expected! The fallout from Earth's total destruction hits home! Plus, Christos Gage & Trevor Hairsine continue the story of John Lynch, in a backup story exploring how he escaped Armageddon!