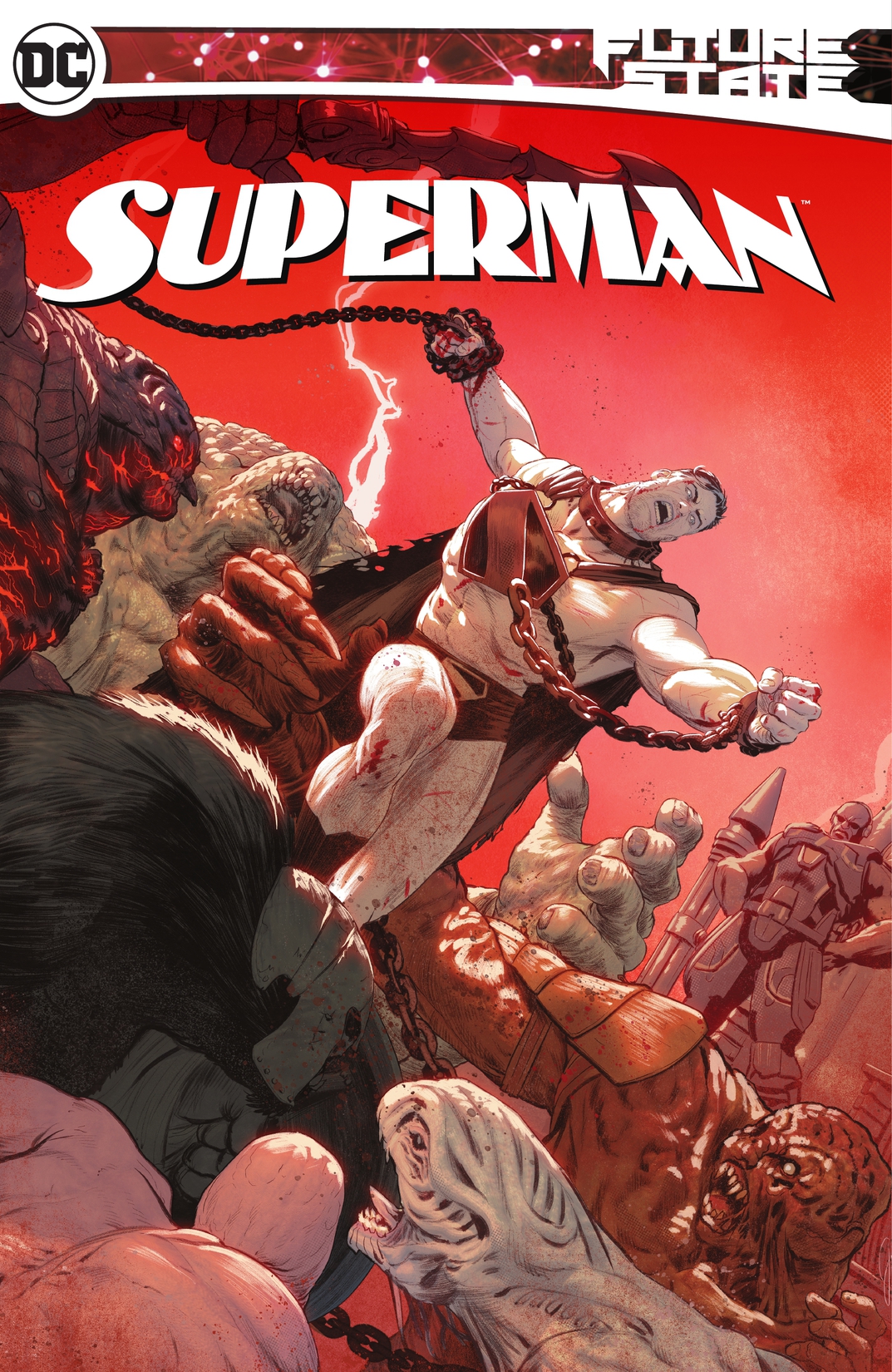 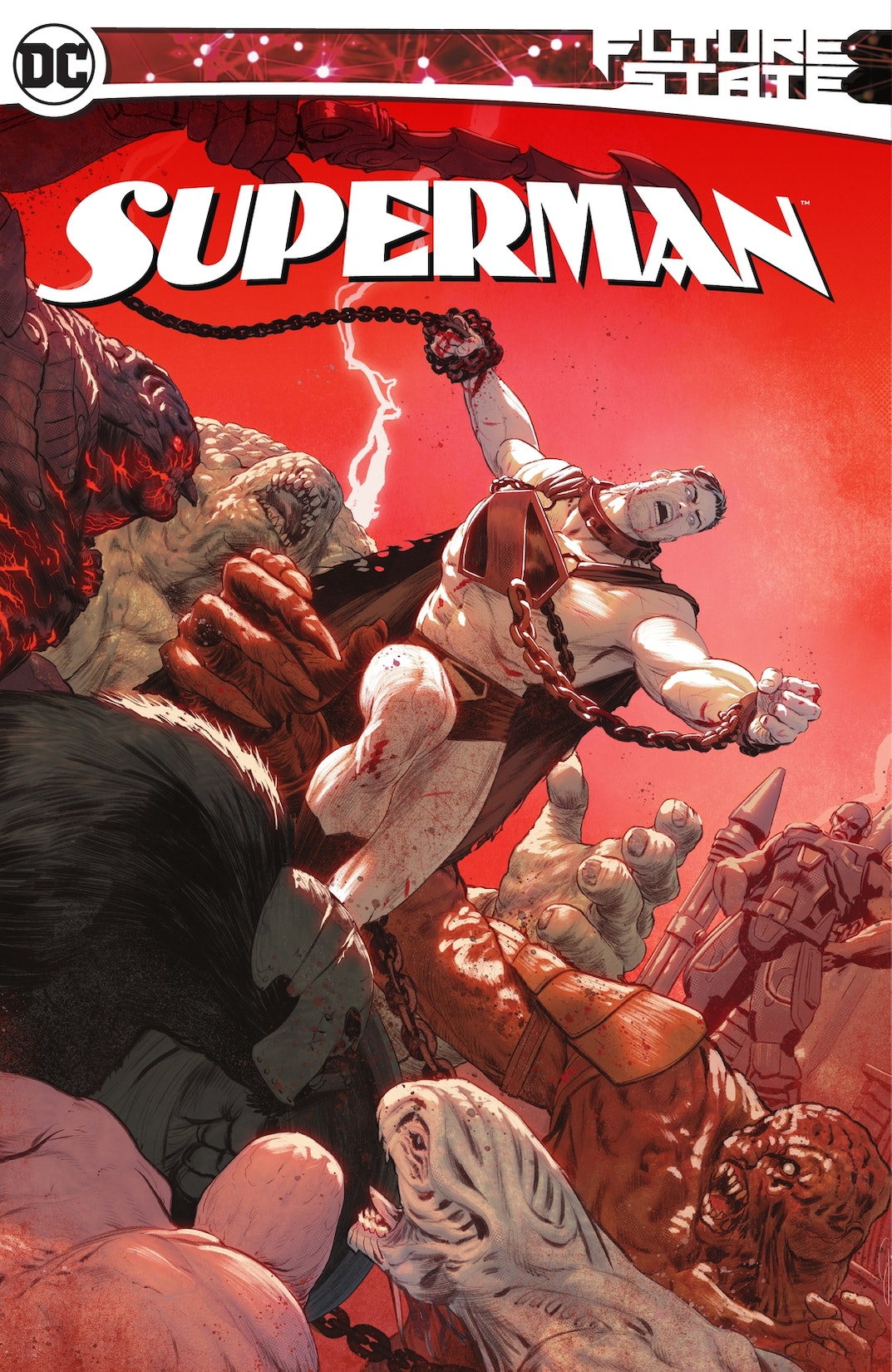 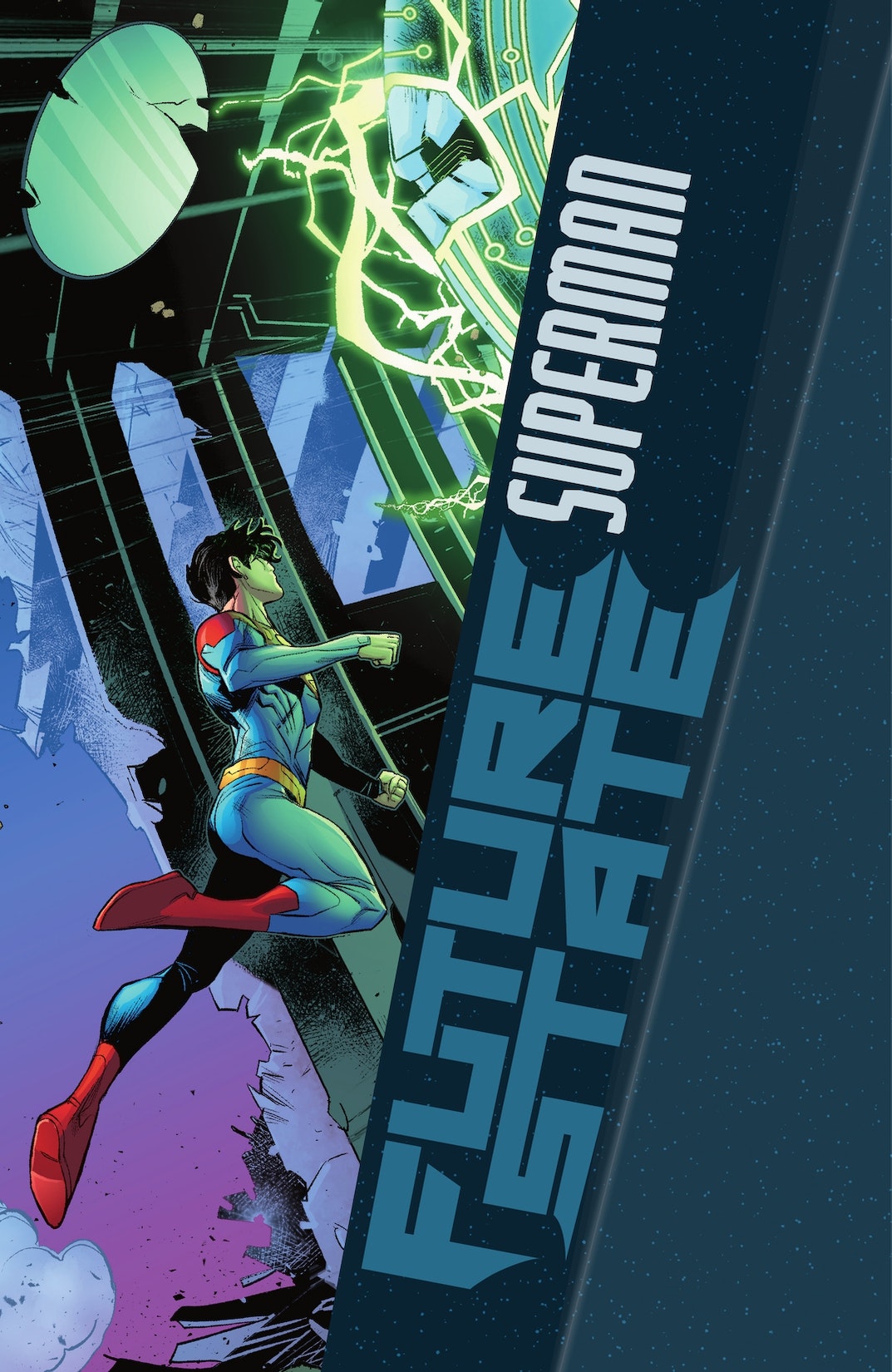 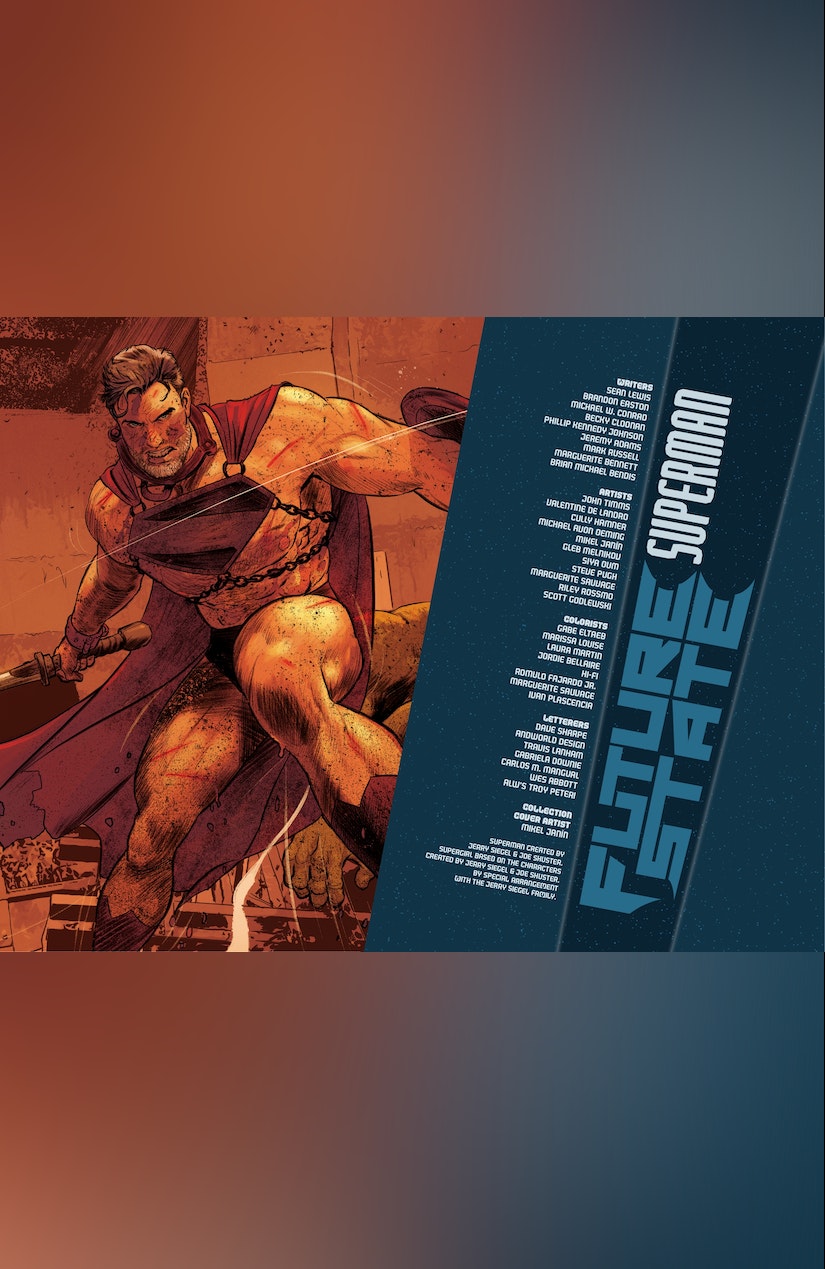 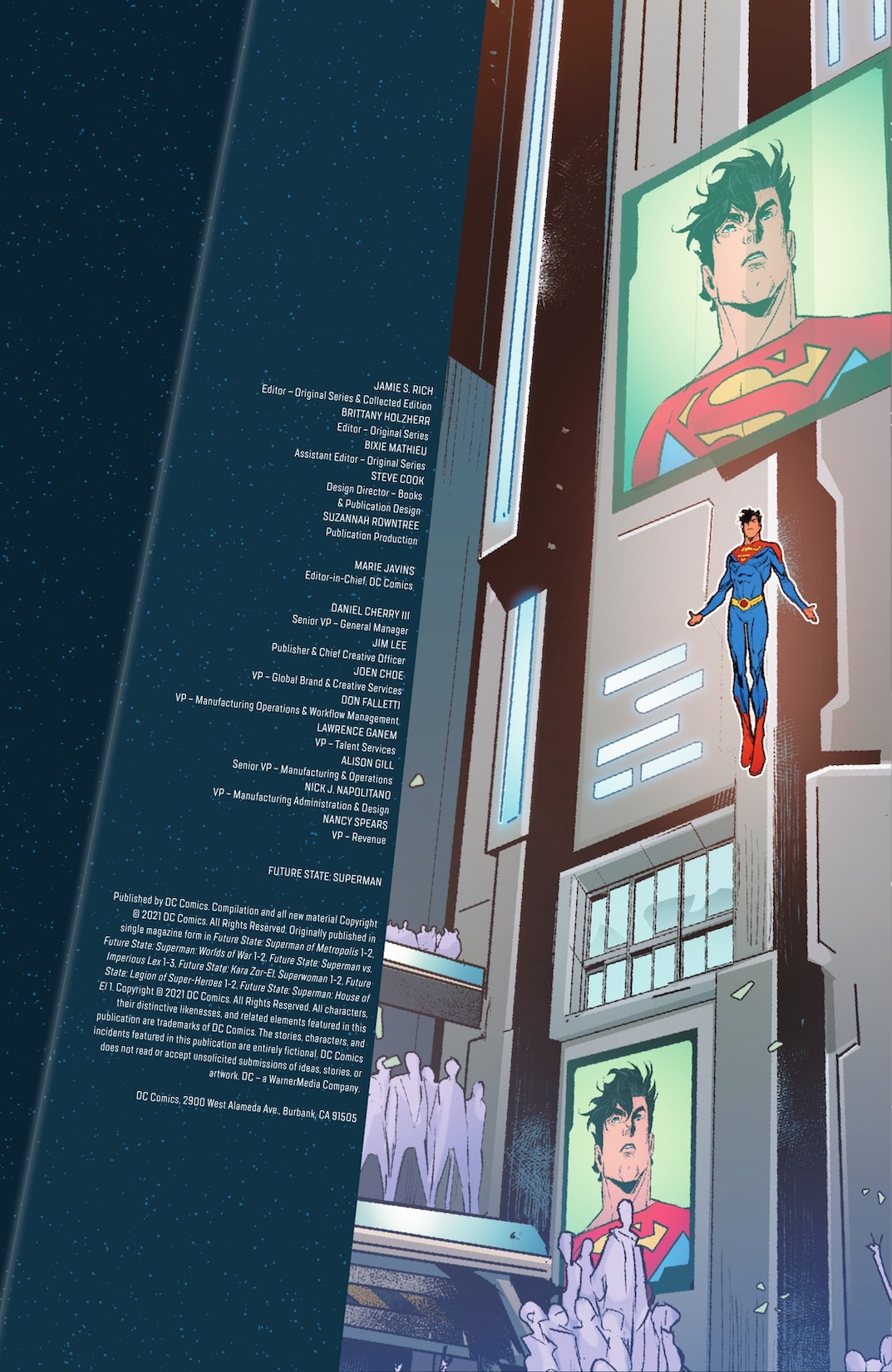 The first Future State collections are here! We all know the history of Superman and his family, but what lies ahead for them is just as exciting as what has come before. Peer across centuries as your favorite Kryptonians and their allies and enemies grow and change. Watch Jonathan Kent endeavor to establish himself as the true Superman while his father, Clark, battles in the arenas of Warworld. Peer into a far-flung era where Kara Zor-El, once Supergirl and now Superwoman, creates her own fortress of peace on the Moon. Cheer for Lois Lane as she tries to stop Lex Luthor from wrecking the United Planets. Also featuring stories about the Guardian trying to keep Metropolis from crumbling in the absence of its regular protectors, Midnighter undertaking a secret mission to give Clark a fighting chance, and Shilo Norman, a.k.a. Mister Miracle, bouncing between both worlds, looking for the answer that links them both. Meet a brand-new version of Black Racer, and a transformed Legion of Super-Heroes. And to cap it off, join the millennium where Clark Kent’s descendants protect the universe as the House of El. Collects Future State: Superman of Metropolis #1-2, Future State: Superman: Worlds of War #1-2, Future State: Superman vs. Imperious Lex #1-3, Future State: Kara Zor-El, Superwoman #1-2, Future State: Legion of Super-Heroes #1-2, and Future State: Superman: House of El #1.