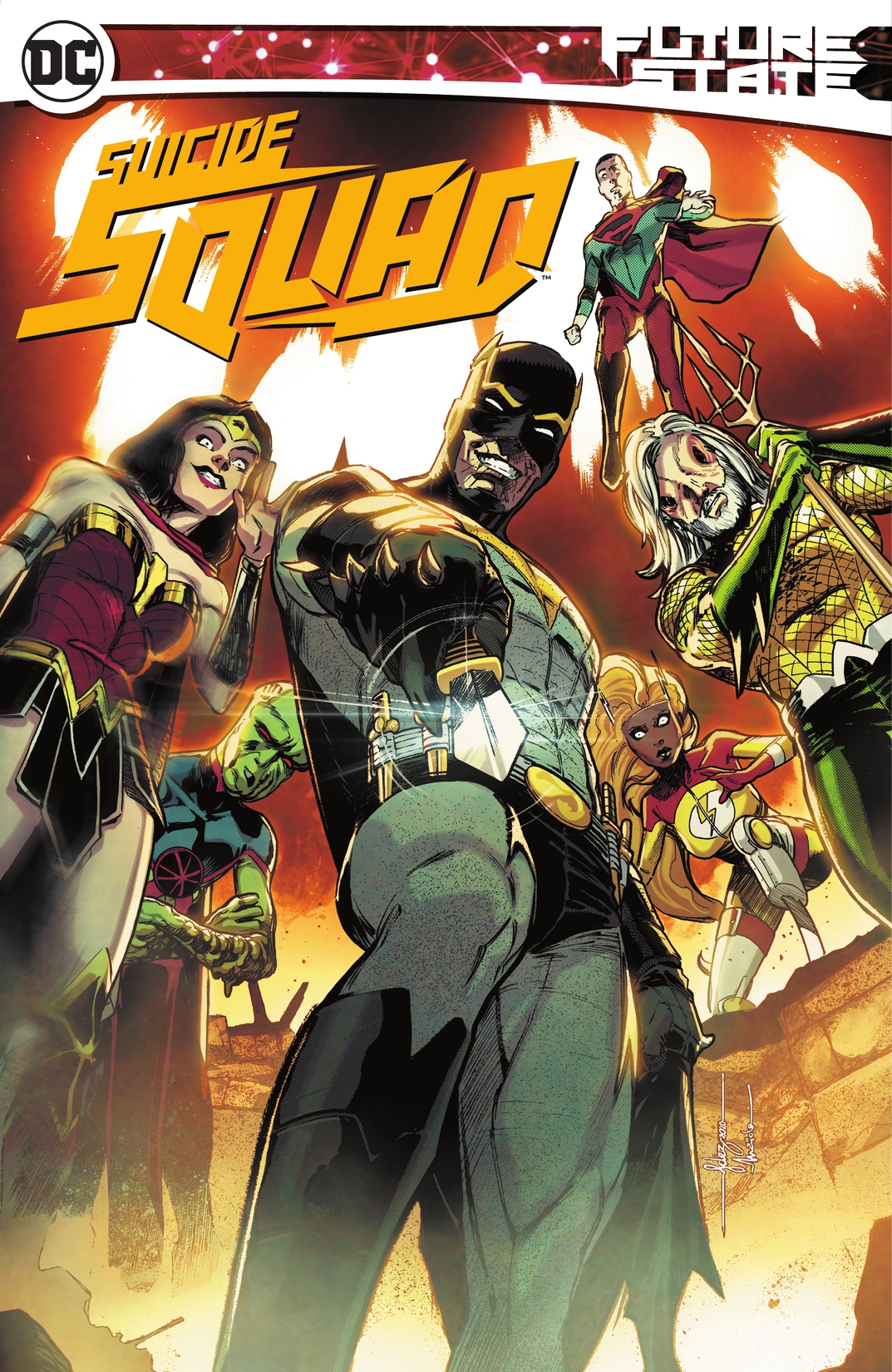 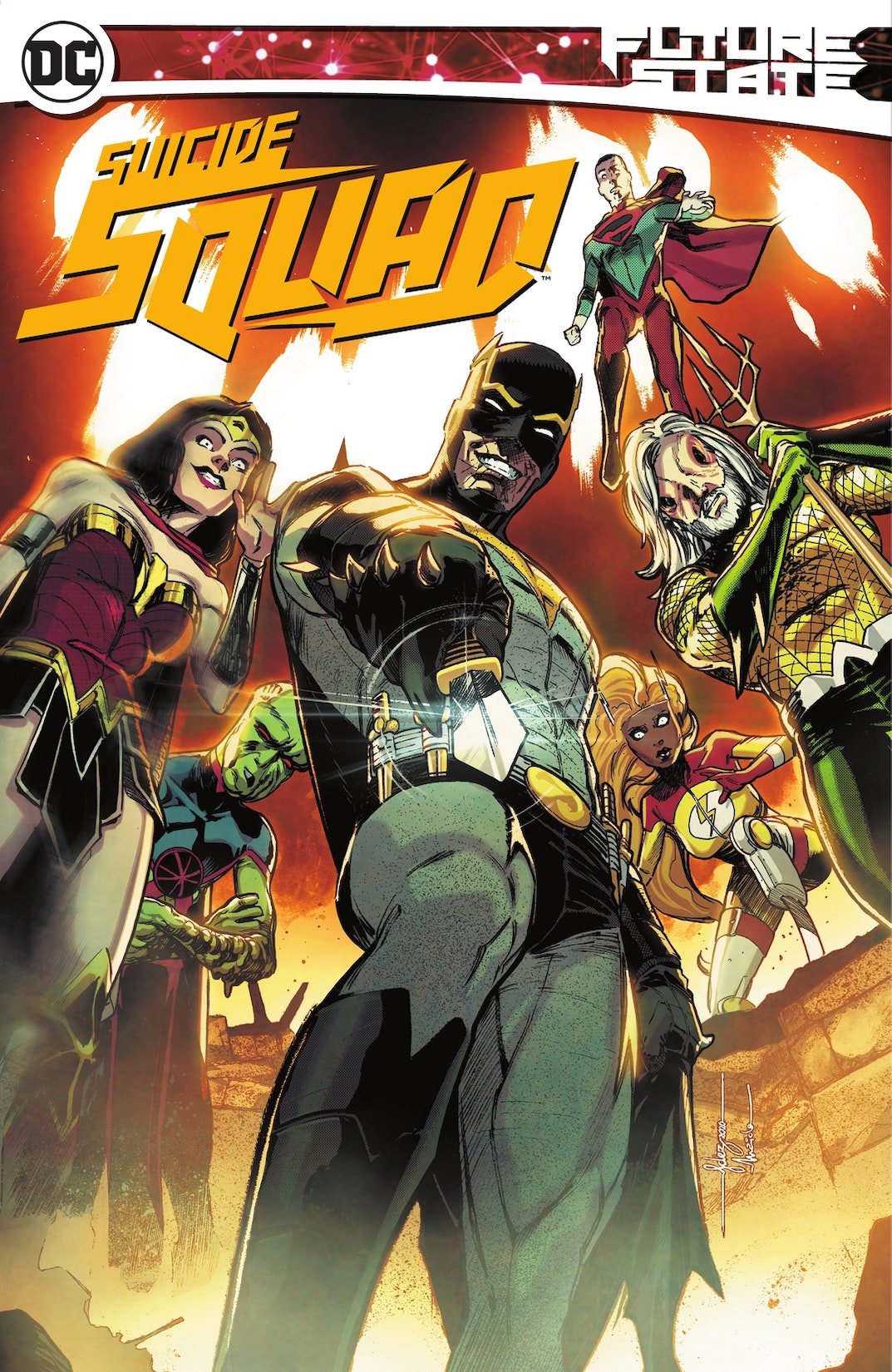 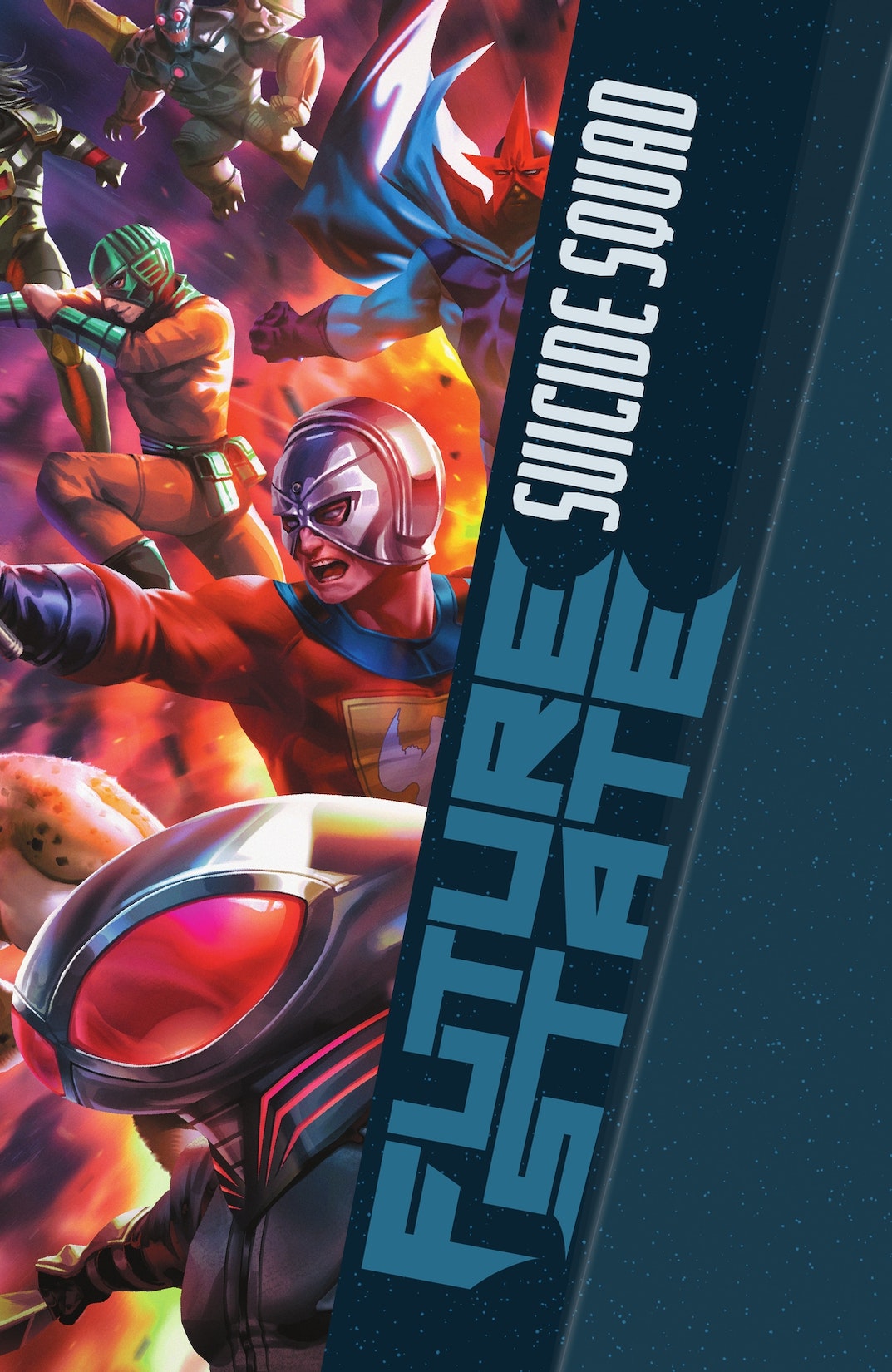 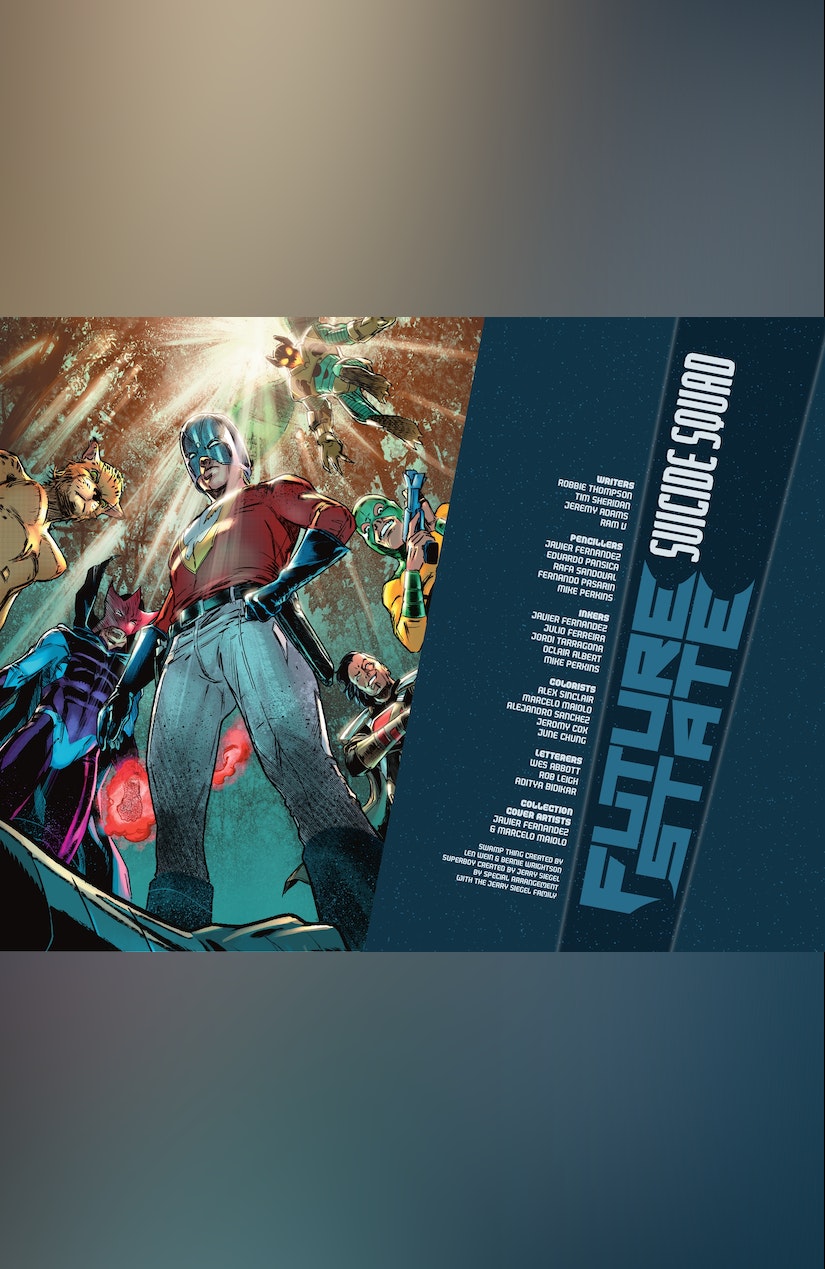 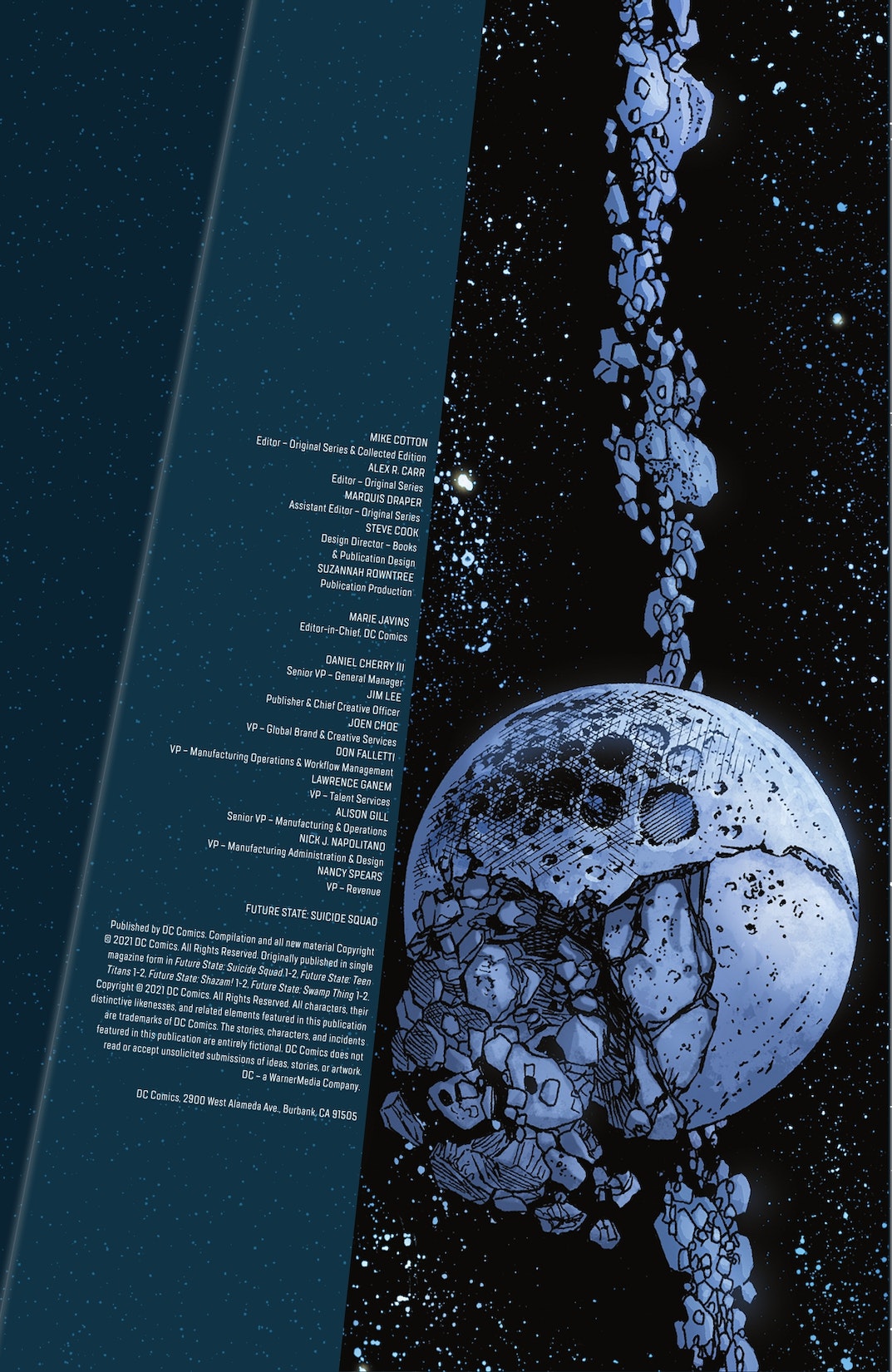 A glimpse into the possible future of the DC Universe reveals stories filled with dark turns, darker actions, and dark possibilities for heroes and villains alike. The future of the Suicide Squad sees the clandestine team hunting its former leader-Amanda Waller-on Earth-3. The once young and optimistic Teen Titans face some of the former students of Titans Academy as they team with Red X for one last chance at redemption. Picking up on those events, Shazam hides a mysterious secret he’s held since his time at Titans Academy, while trying to undo a literal deal with the devil. Even further in the future, the world sits cold and dead with few survivors braving its barren wastelands. Can a new Swamp Thing help humanity regain a foothold, or will it extinguish the last flames of hope?