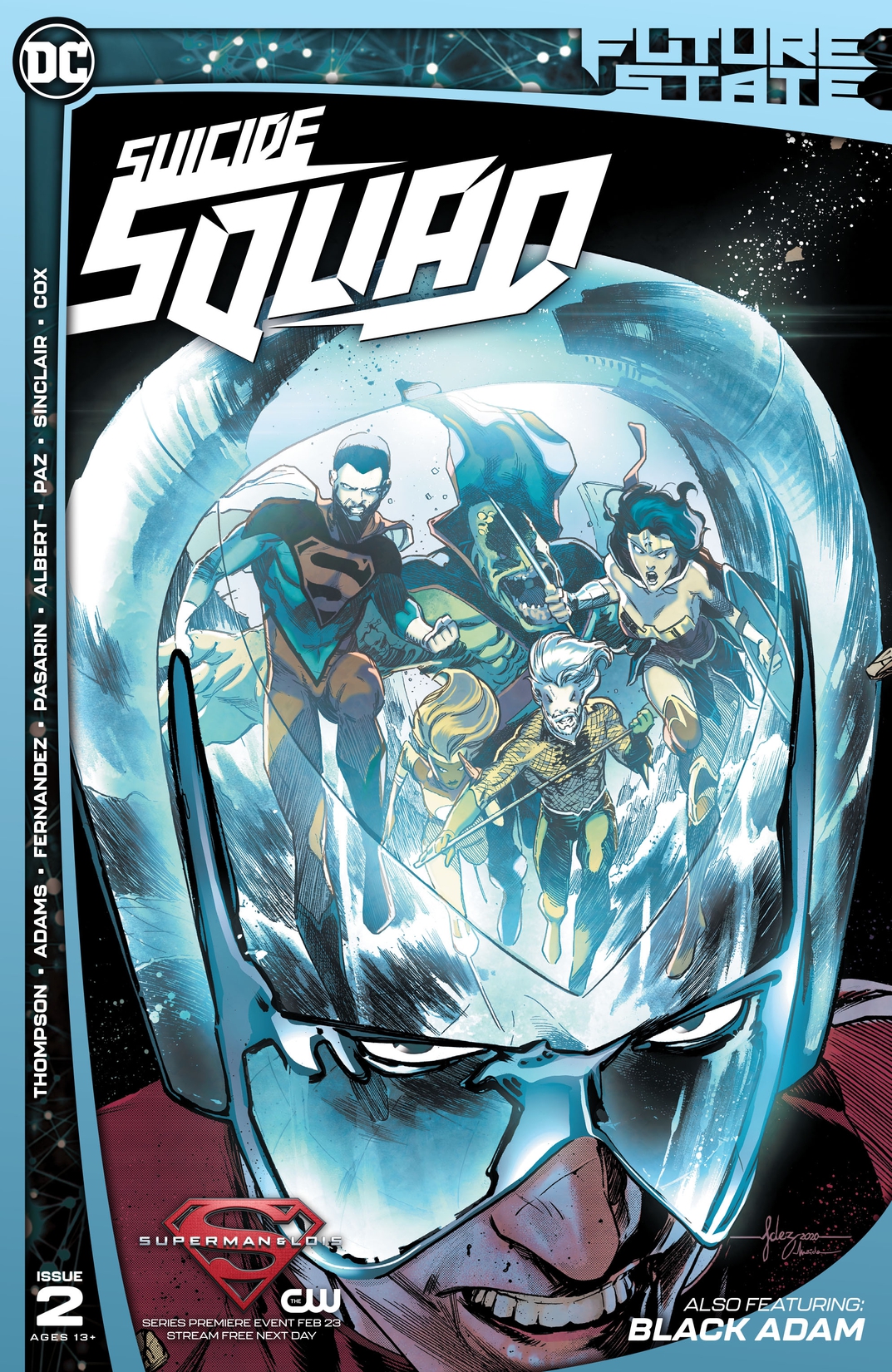 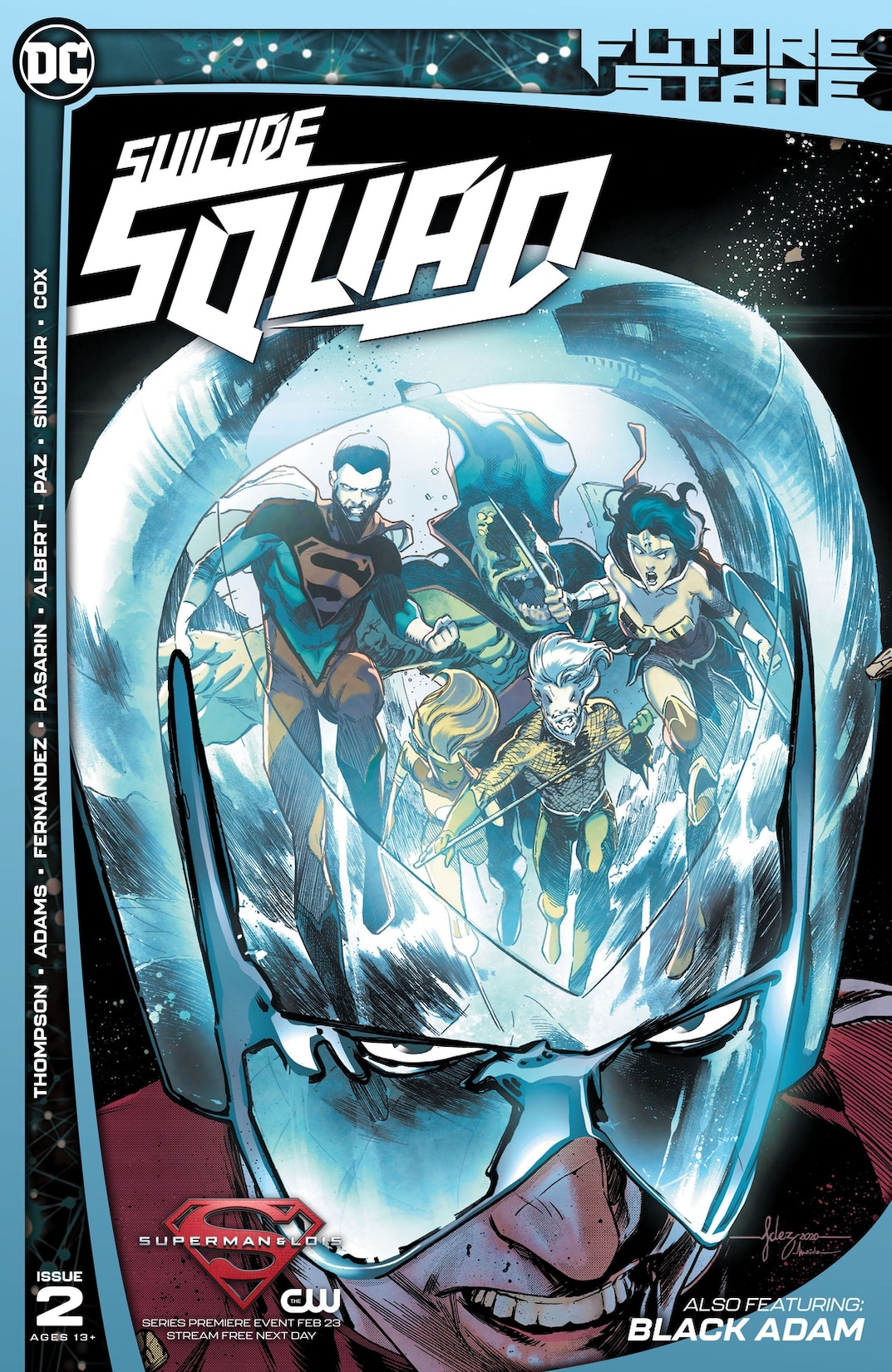 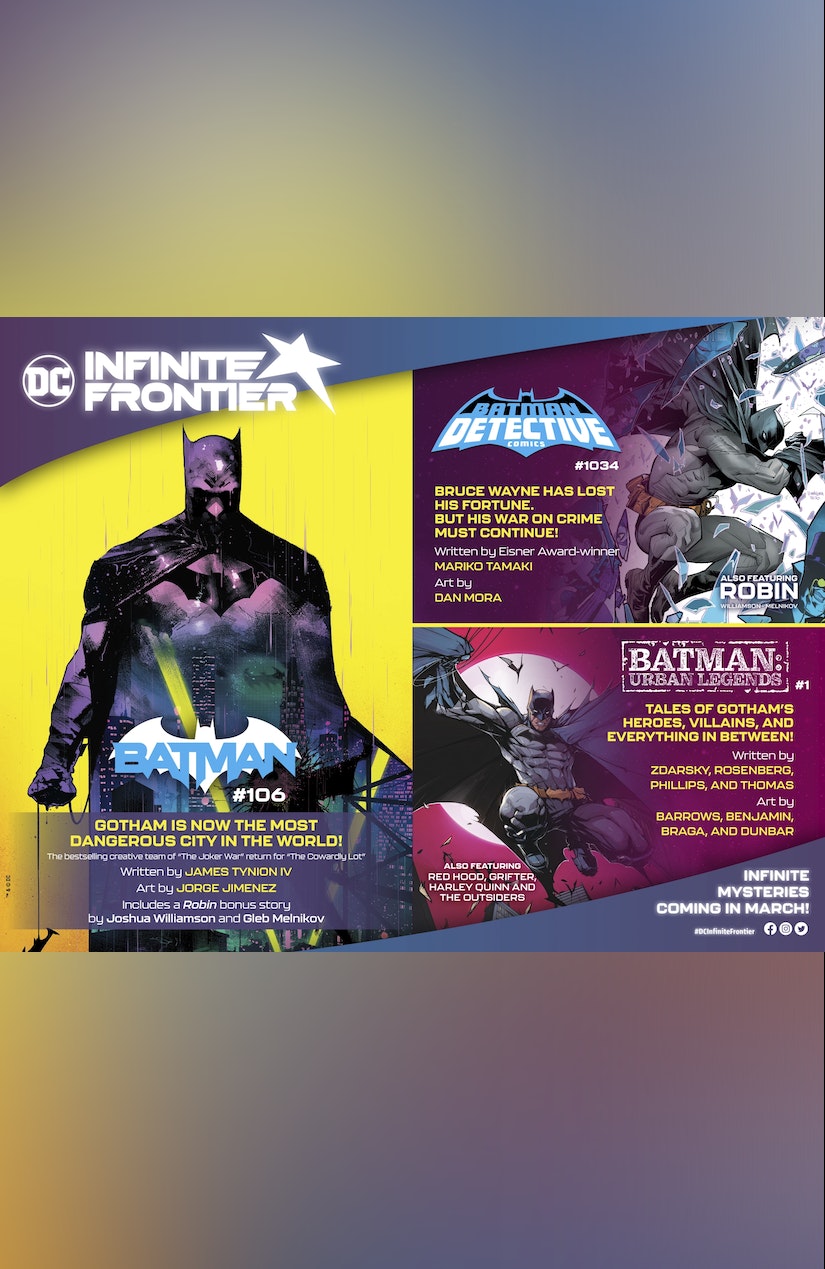 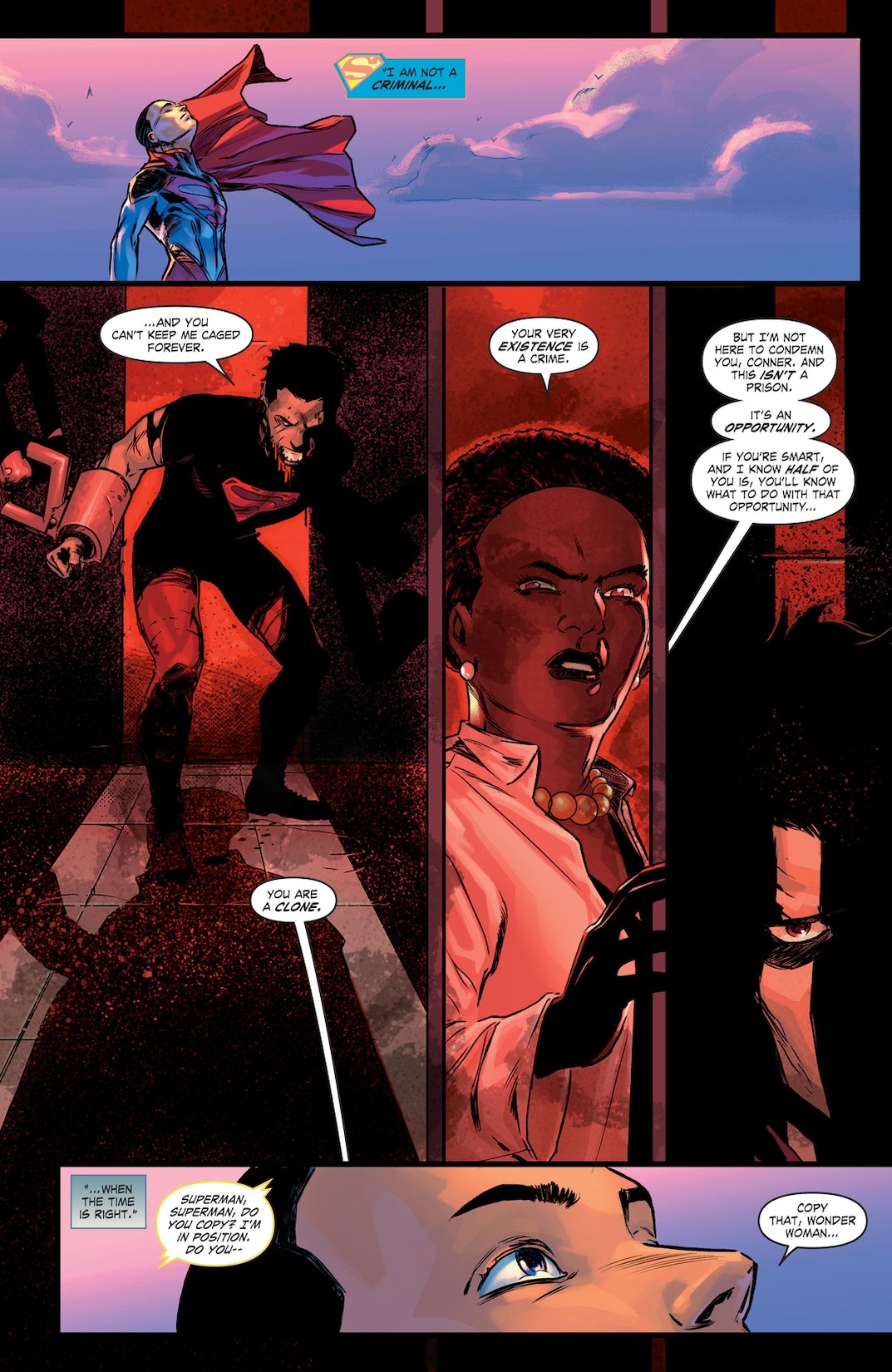 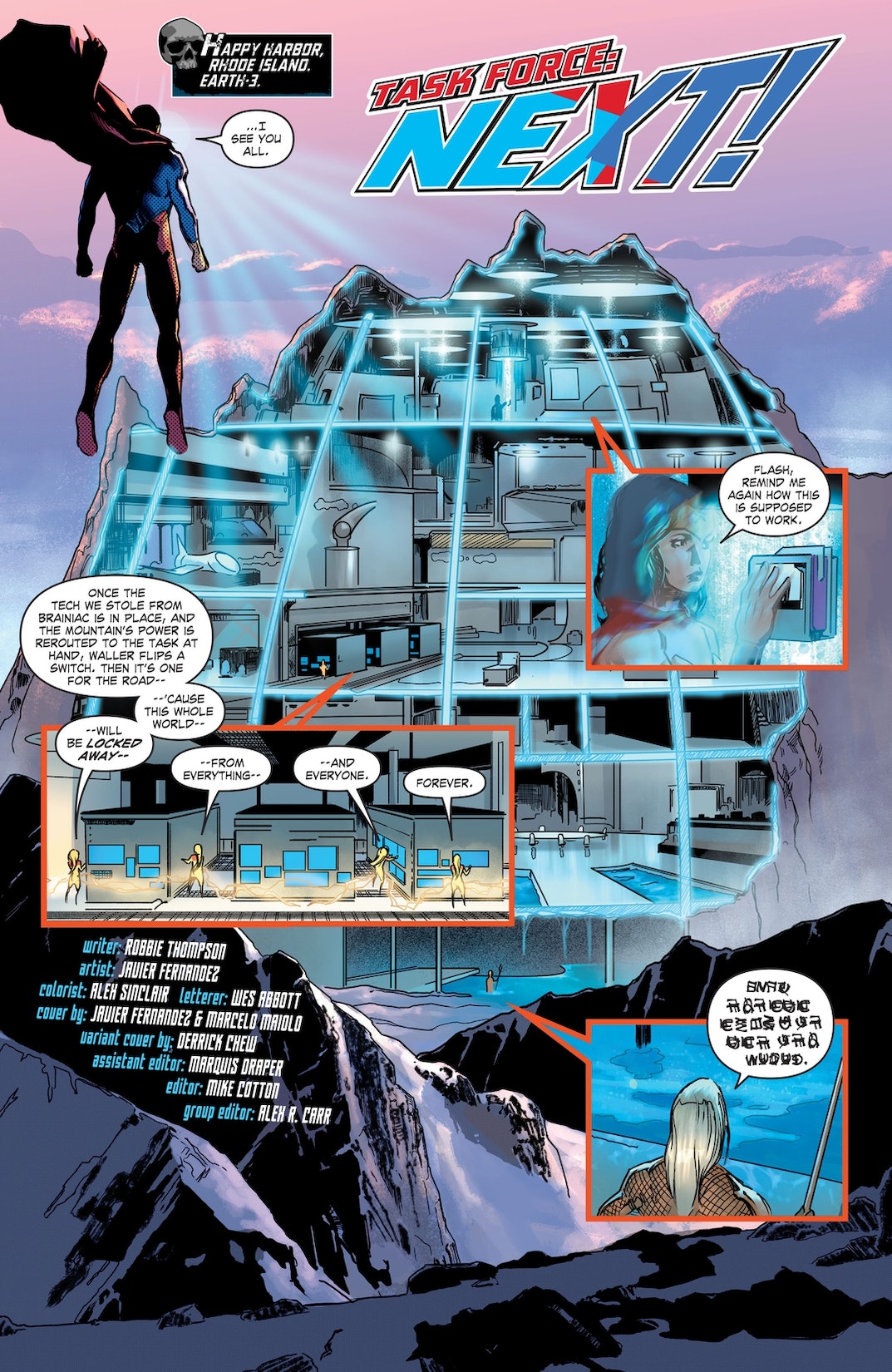 Peacemaker attacks! Assigned to bring Amanda Waller back to Earth-1 at all costs, the Suicide Squad battles Waller’s private Justice League on Earth-3. As lives are lost and blood is spilled, the fate of the Multiverse will be decided by Superman! Also in this issue, the 853rd Century is burning, and only Black Adam can save reality from the onslaught of murderous rage from a new threat spawned from a former hero.