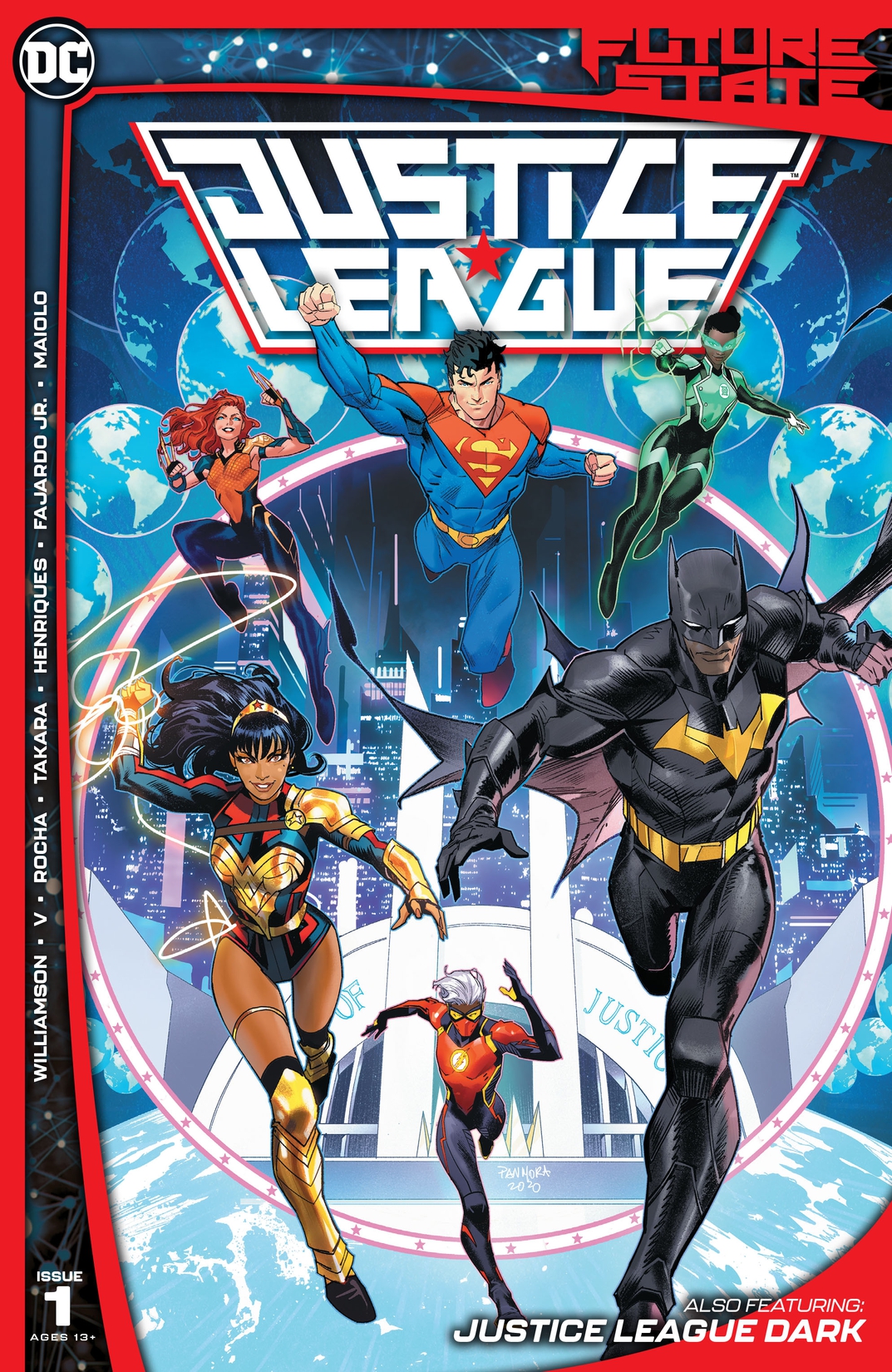 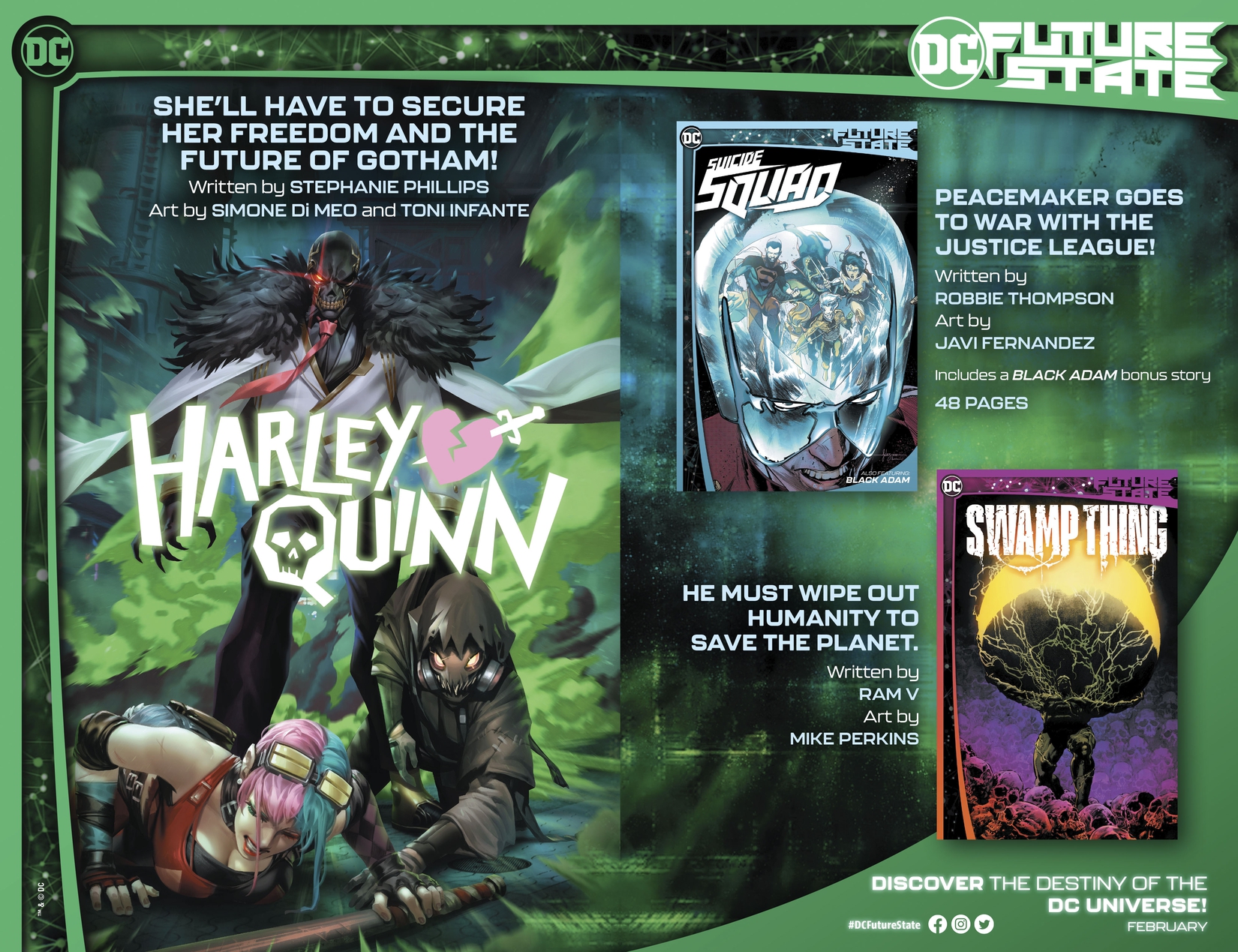 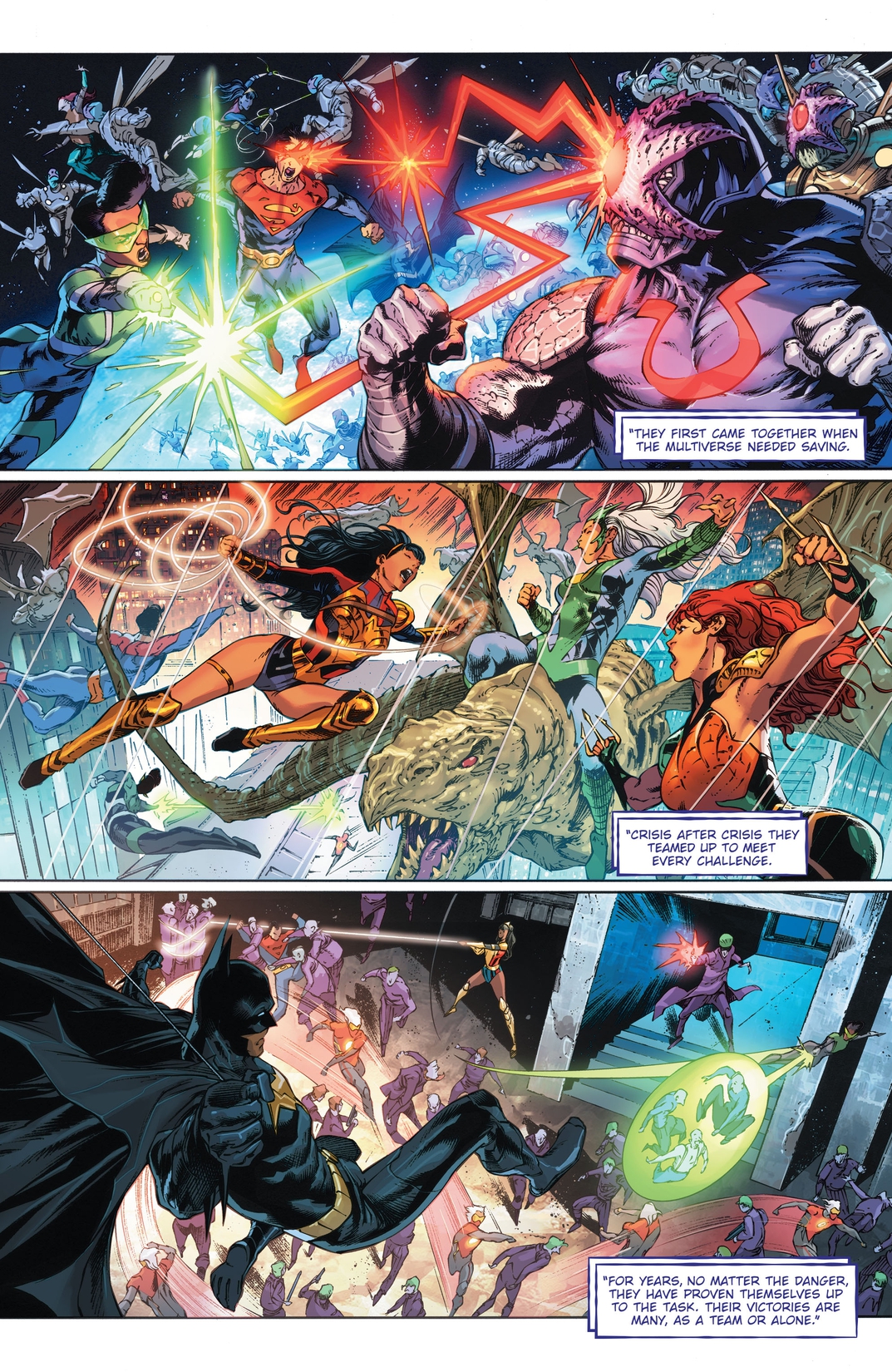 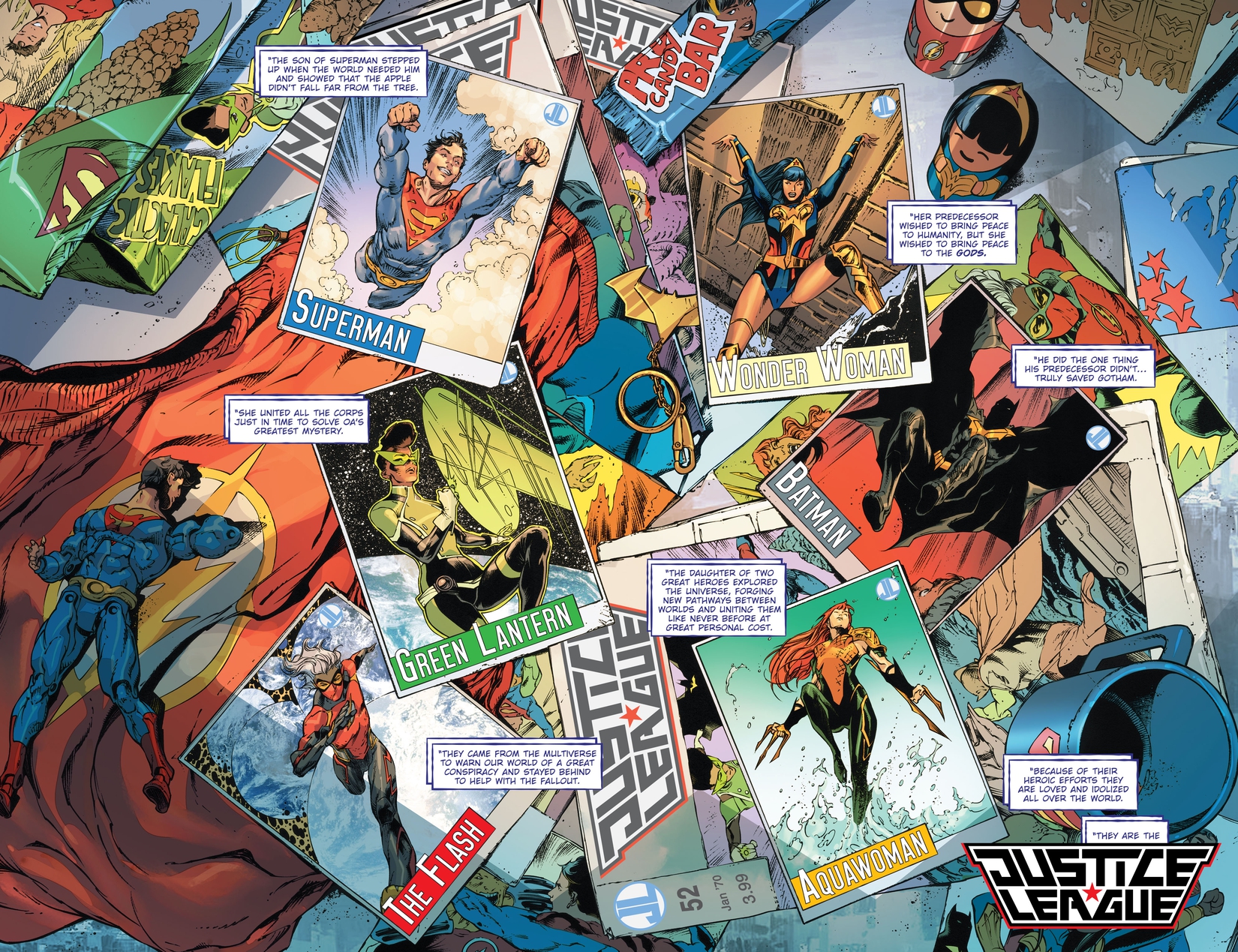 Witness the start of a new era for the Justice League starring Jonathan Kent as Superman, Yara Flor as Wonder Woman, Jo Mullein as Green Lantern, Andy Curry as Aquawoman, a new Flash from the Multiverse, and [REDACTED] as Batman! Together, they protect the future, yet apart, their identities are secret even from one another-but why? When their greatest adversaries wind up murdered in an abandoned Hall of Justice, all clues point to...the Justice League! The new team’s adventures begin here! And in a new tale of the Justice League Dark, a witch hunt across the DC Universe begins as magic users are harvested and executed-and the team is on the run! Zatanna and Detective Chimp (now possessed by Etrigan) must round up new and old teammates, including John Constantine, Ragman, and Madame Xanadu. Their mission? To battle the power-mad Crow King, Merlin, before his plans for magical domination destroy the fabric of reality. But where is Dr. Fate? And what led the team to disband in the first place? Discover the truth here!