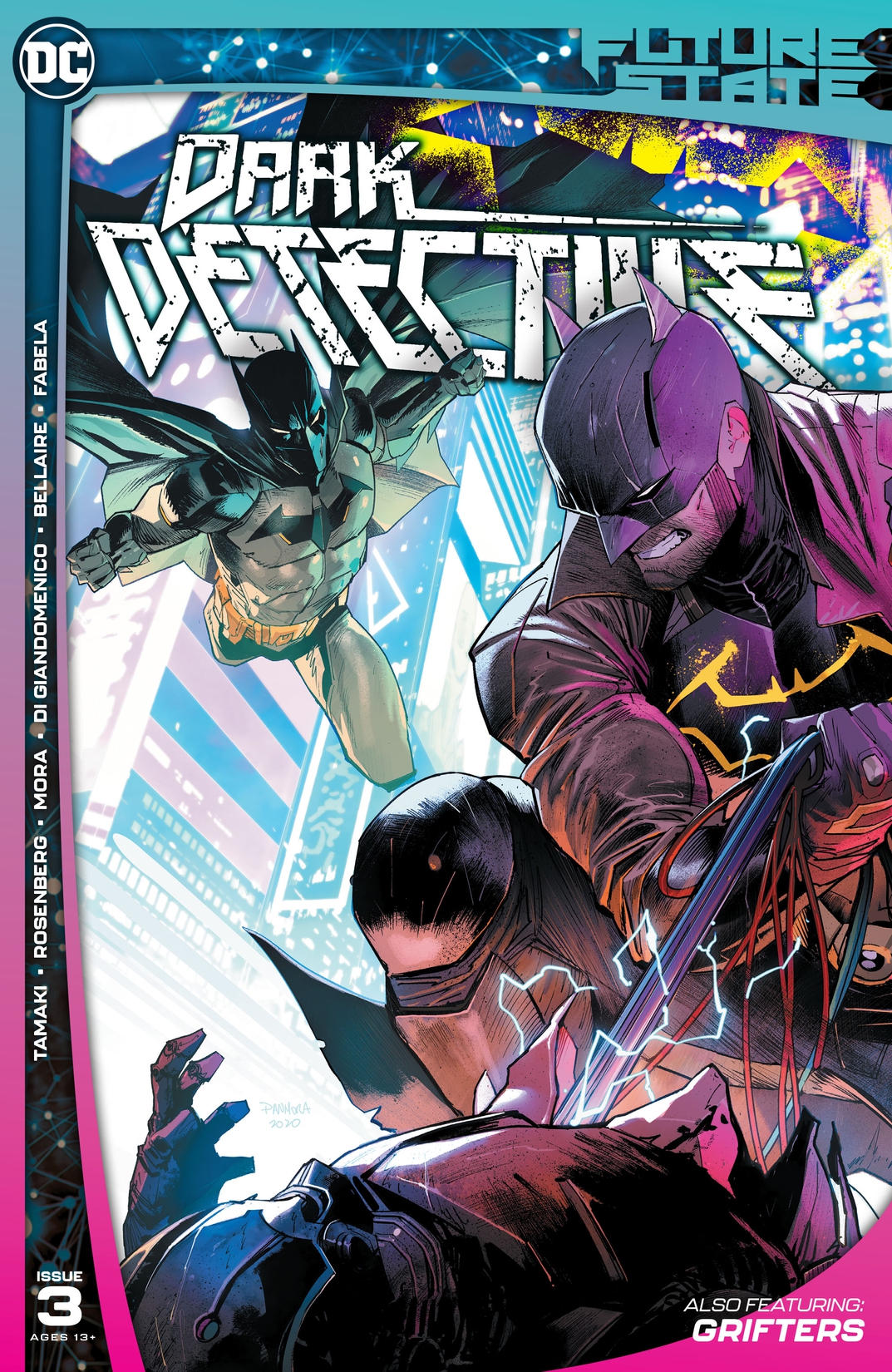 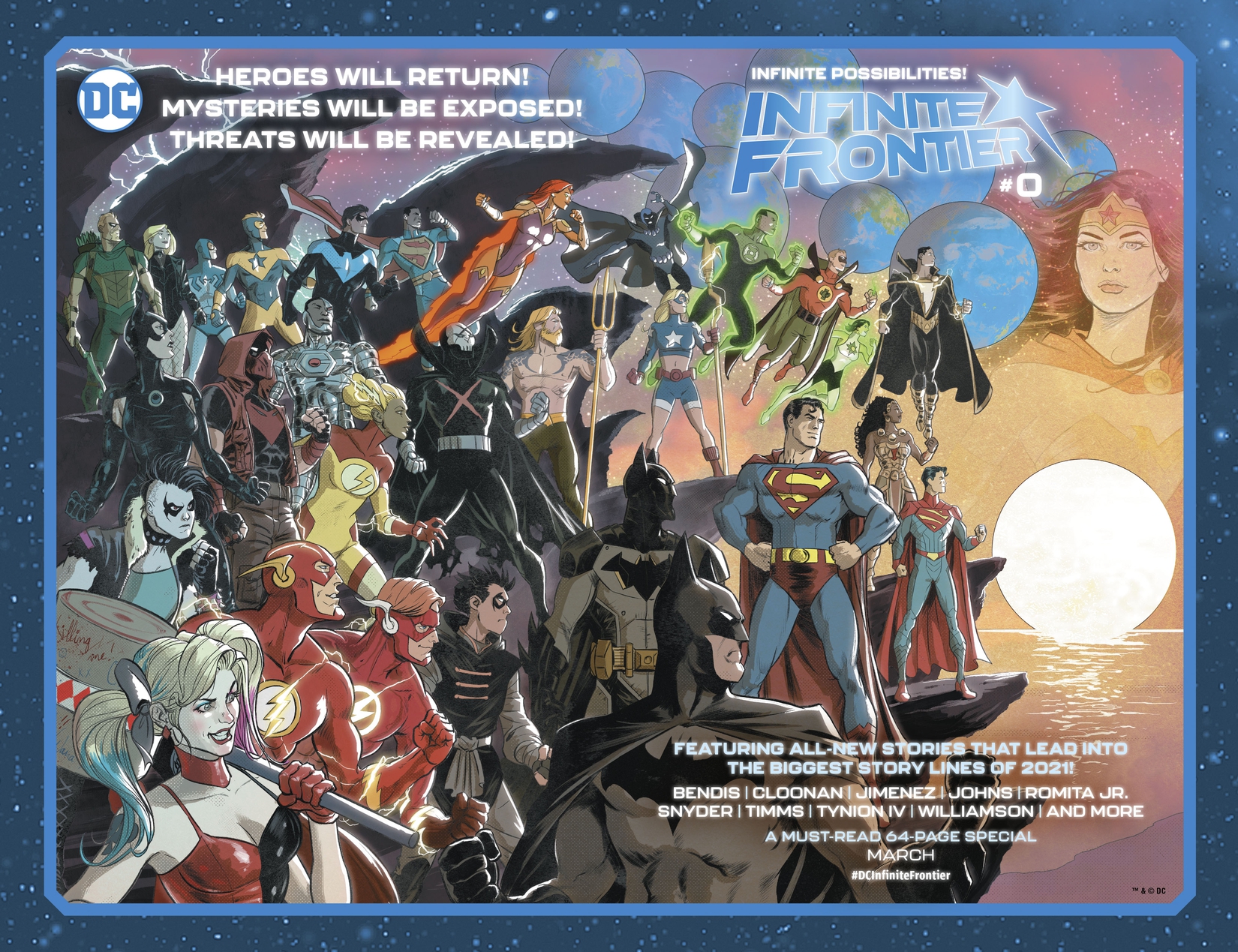 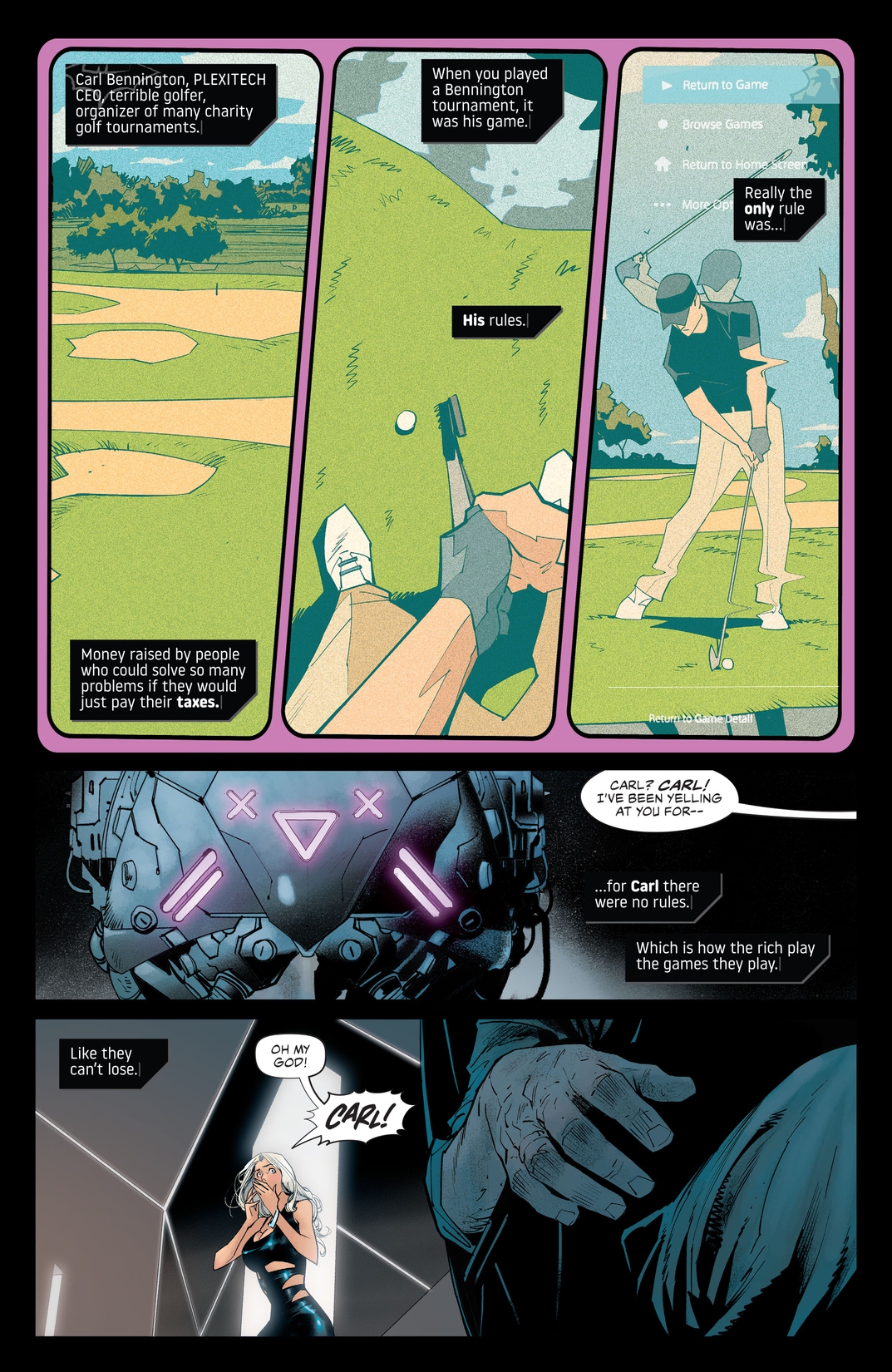 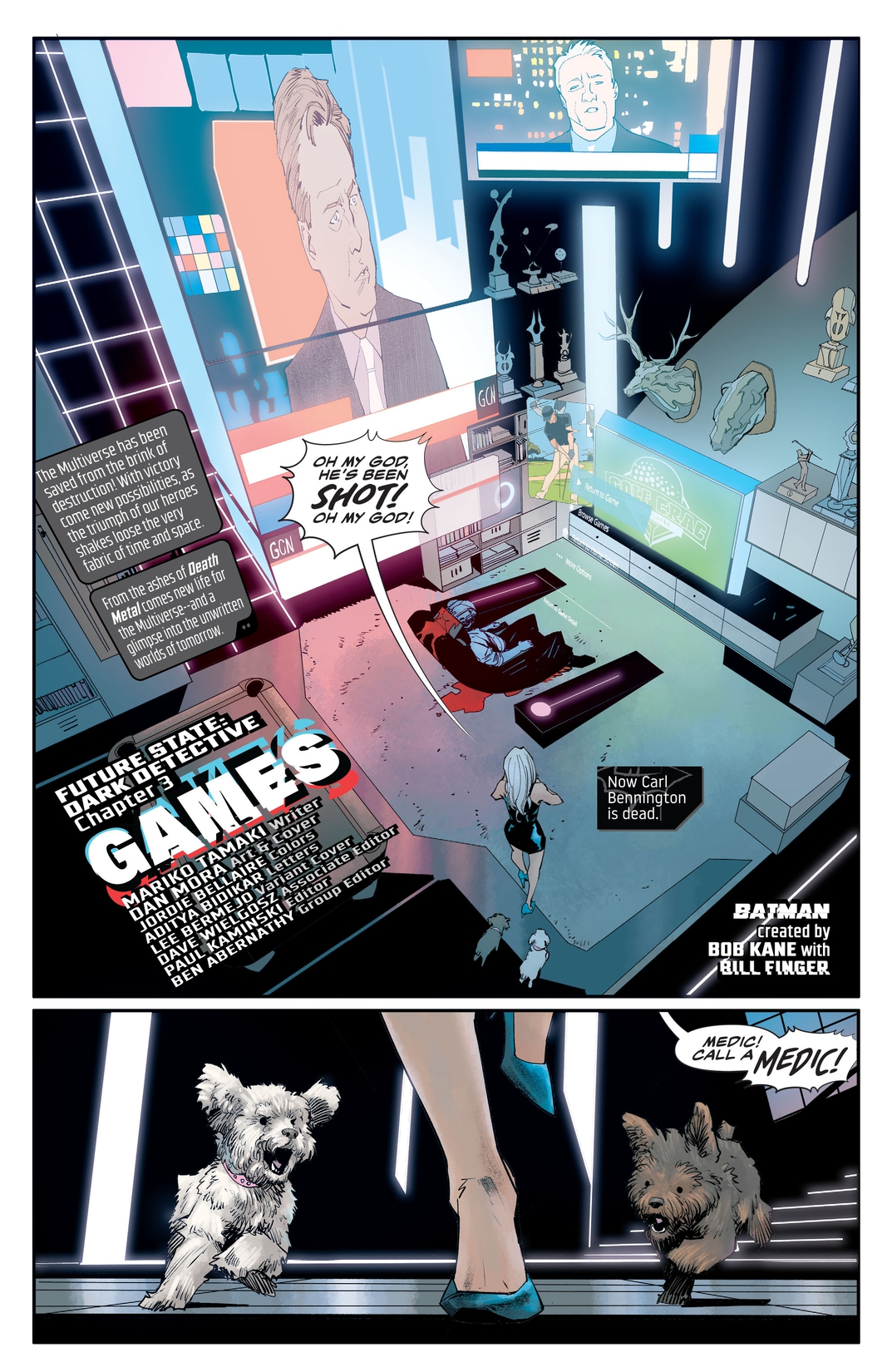 In this issue, Bruce Wayne meets the next Batman! As the dark detective makes his move to put an end to the villainous Magistrate once and for all, the man who once wore the cowl encounters the next Batman-and these two have some questions for each other! Fists will fly as this explosive meeting erupts in the skies over Gotham...but with the clock ticking, can Bruce finish what he started and unlock the secrets of the fascist surveillance that plagues his city? And in “Grifters” part two, the lucky streak that Cole Cash and Luke Fox have enjoyed just hit a brick wall in the form of the Huntress! The over-the-top adventure in the gutters of Gotham City concludes in the most bone-crushing fashion possible!