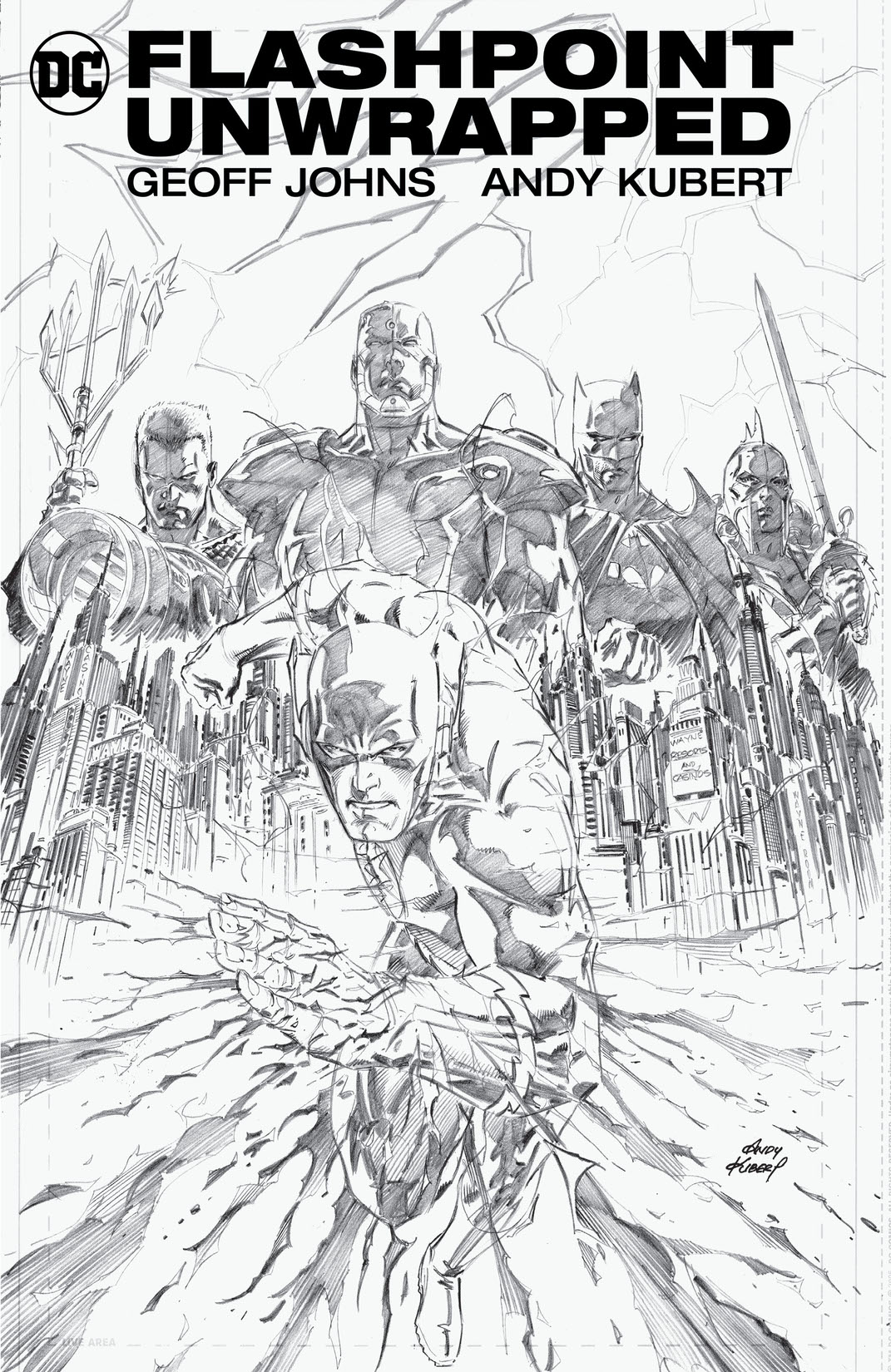 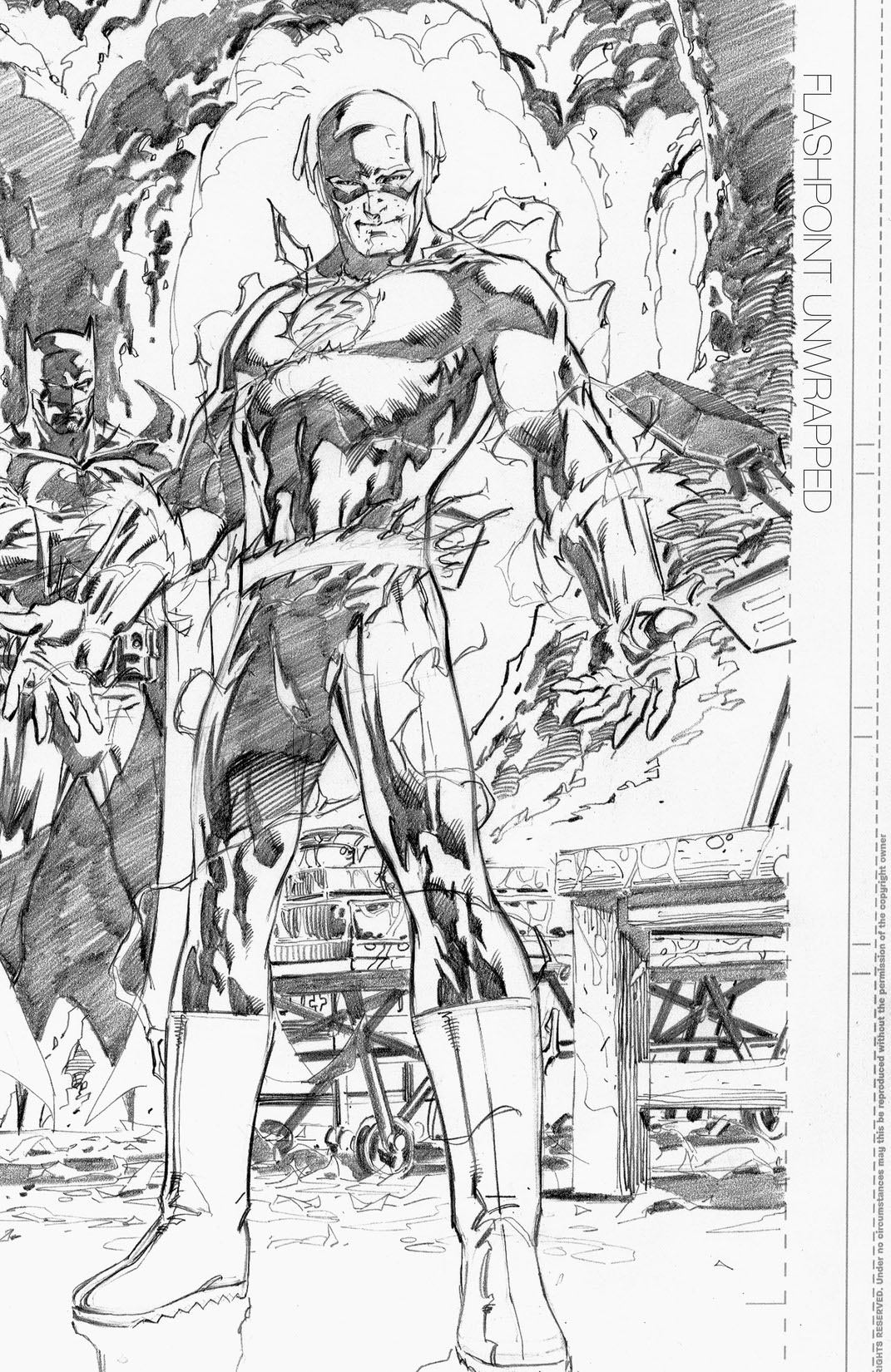 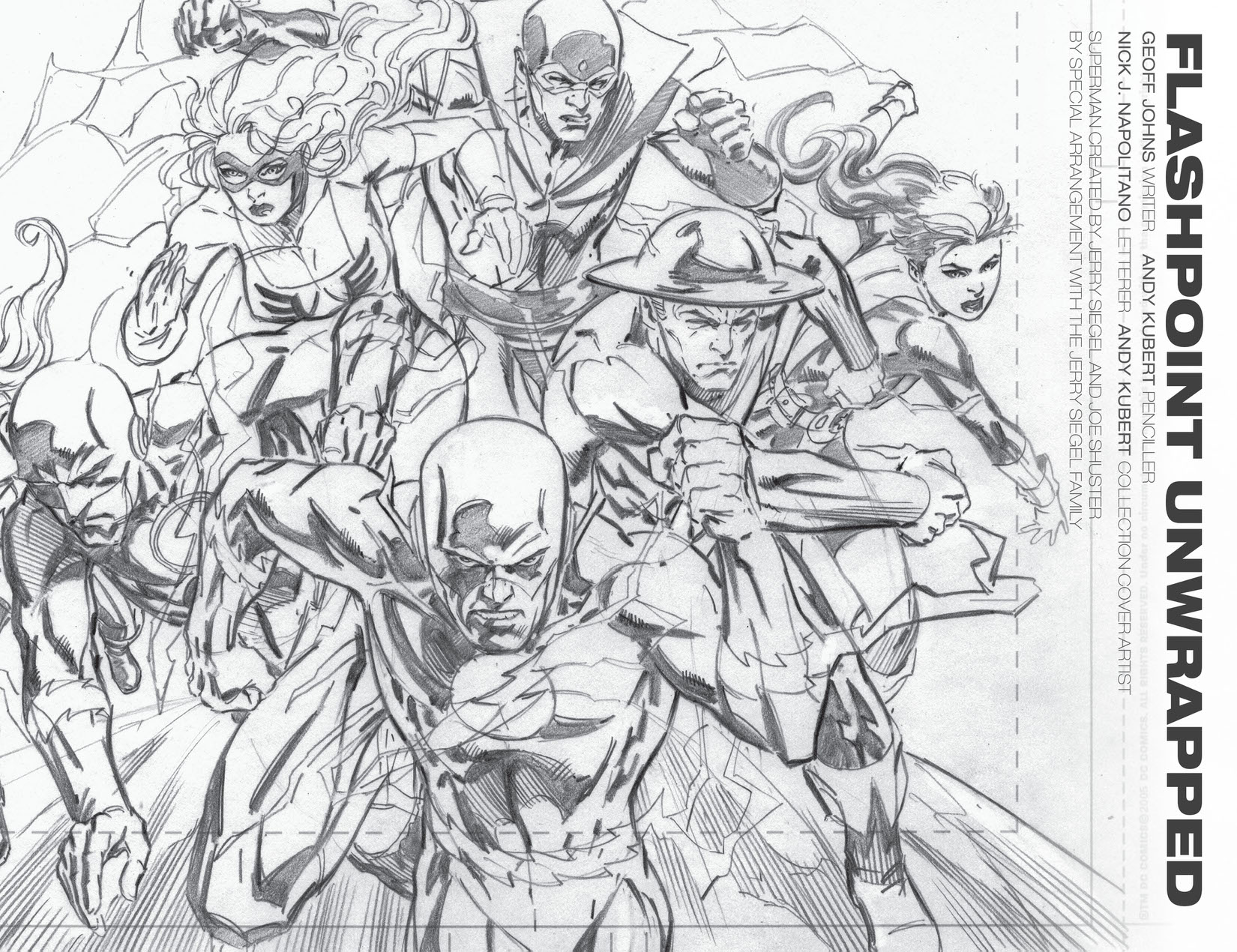 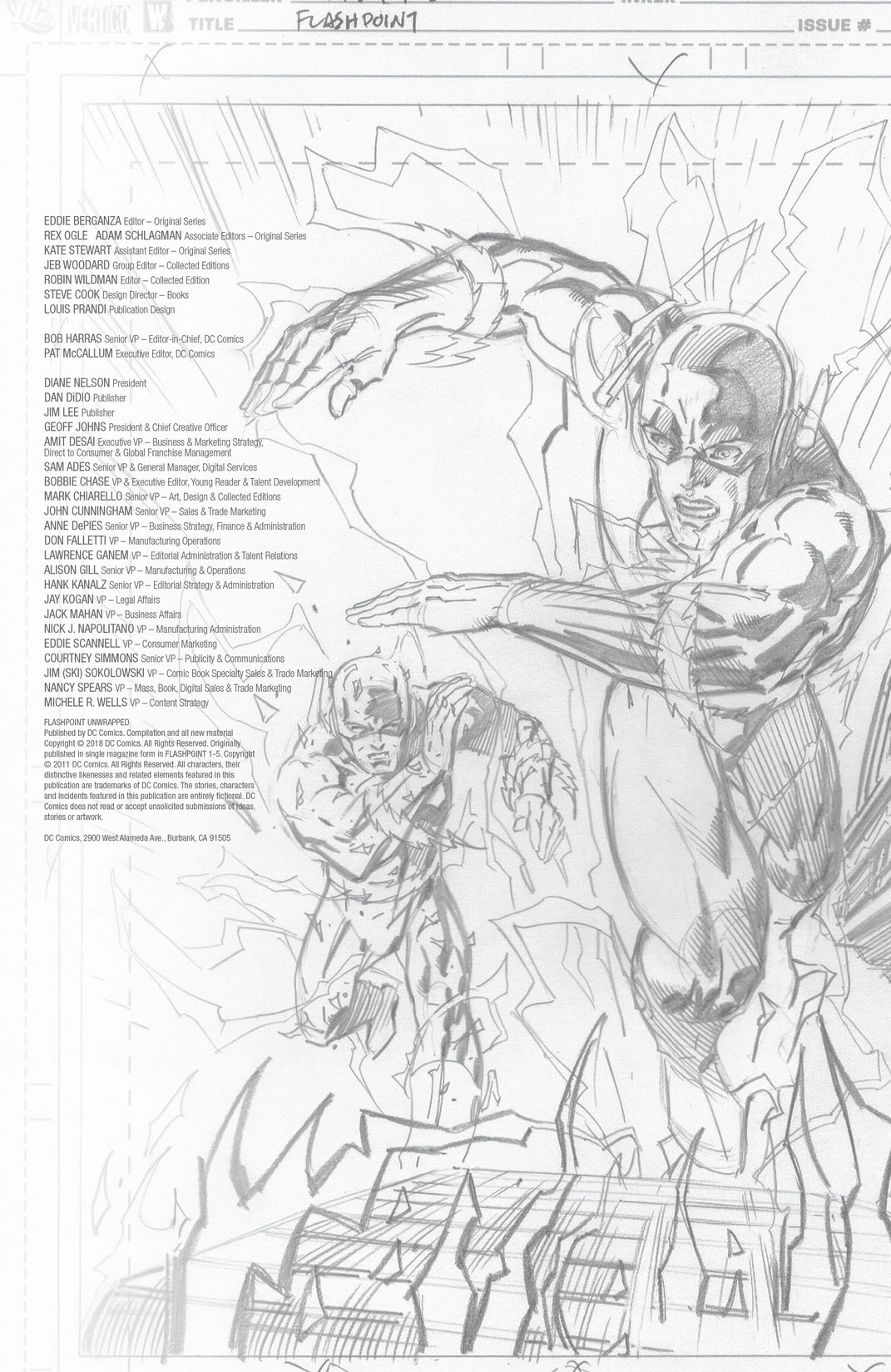 Read the landmark storyline that launched the New 52 as you’ve never seen it before, stripped down to artist Andy Kubert’s original pencils! Written by industry legend Geoff Johns, this volume collects the full five-issue miniseries as well as behind-the-scenes sketches and commentary in FLASHPOINT UNWRAPPED! Everything Barry Allen knows has changed in a flash. He’s the fastest man in the world, but this is not his world. The course of history has been changed, and a new reality has replaced his own. Villains have become conquerors. Heroes have become villains—or nothing at all. Humanity is on the brink of all-out destruction. And the Flash, powerless and friendless, has been brought to a standstill. To undo what’s been done to reality, Barry will need to recruit the warped versions of the heroes he knew to help him. But whether they succeed or fail, the world will never be the same! Collects FLASHPOINT #1-5.