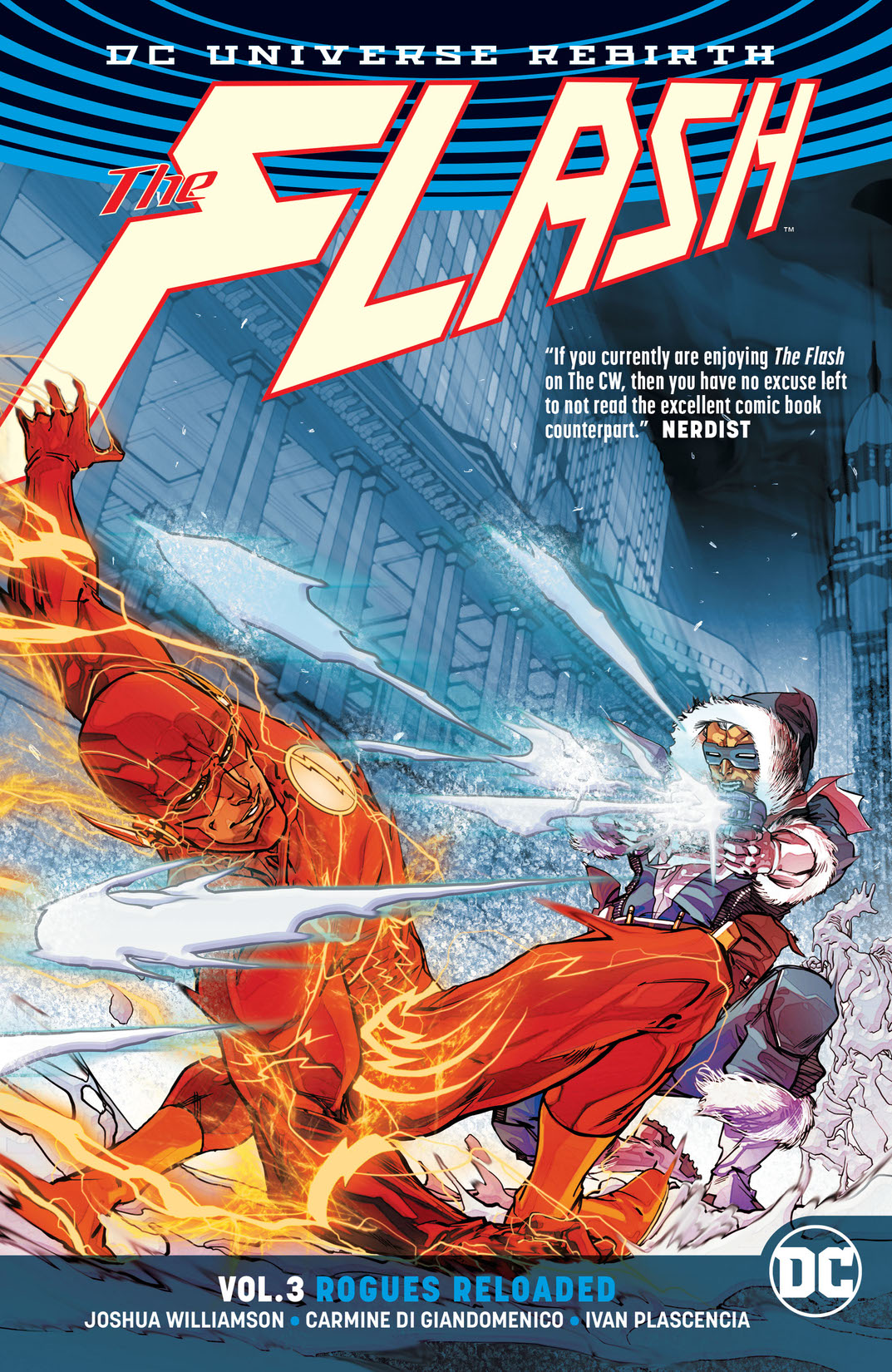 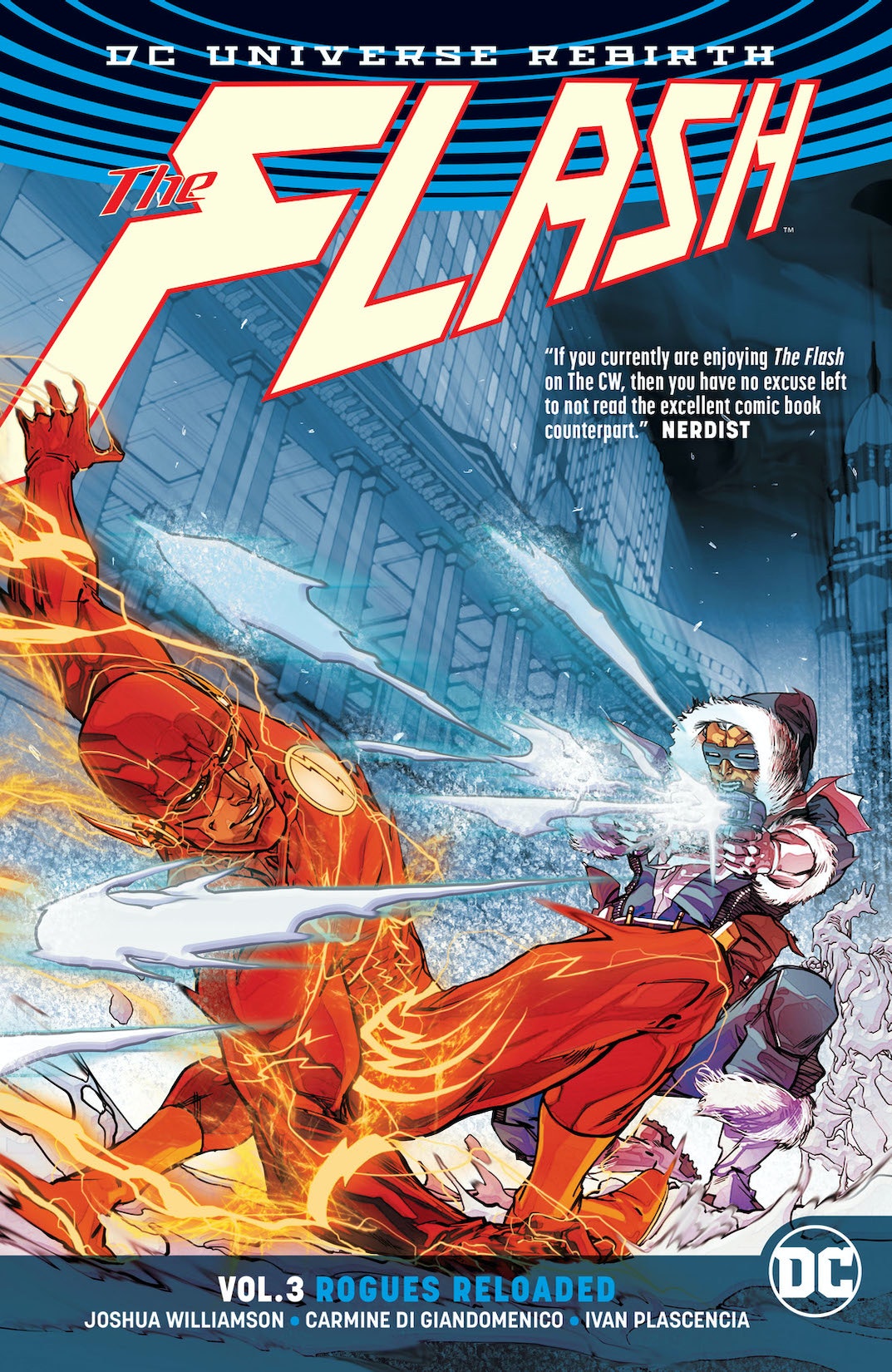 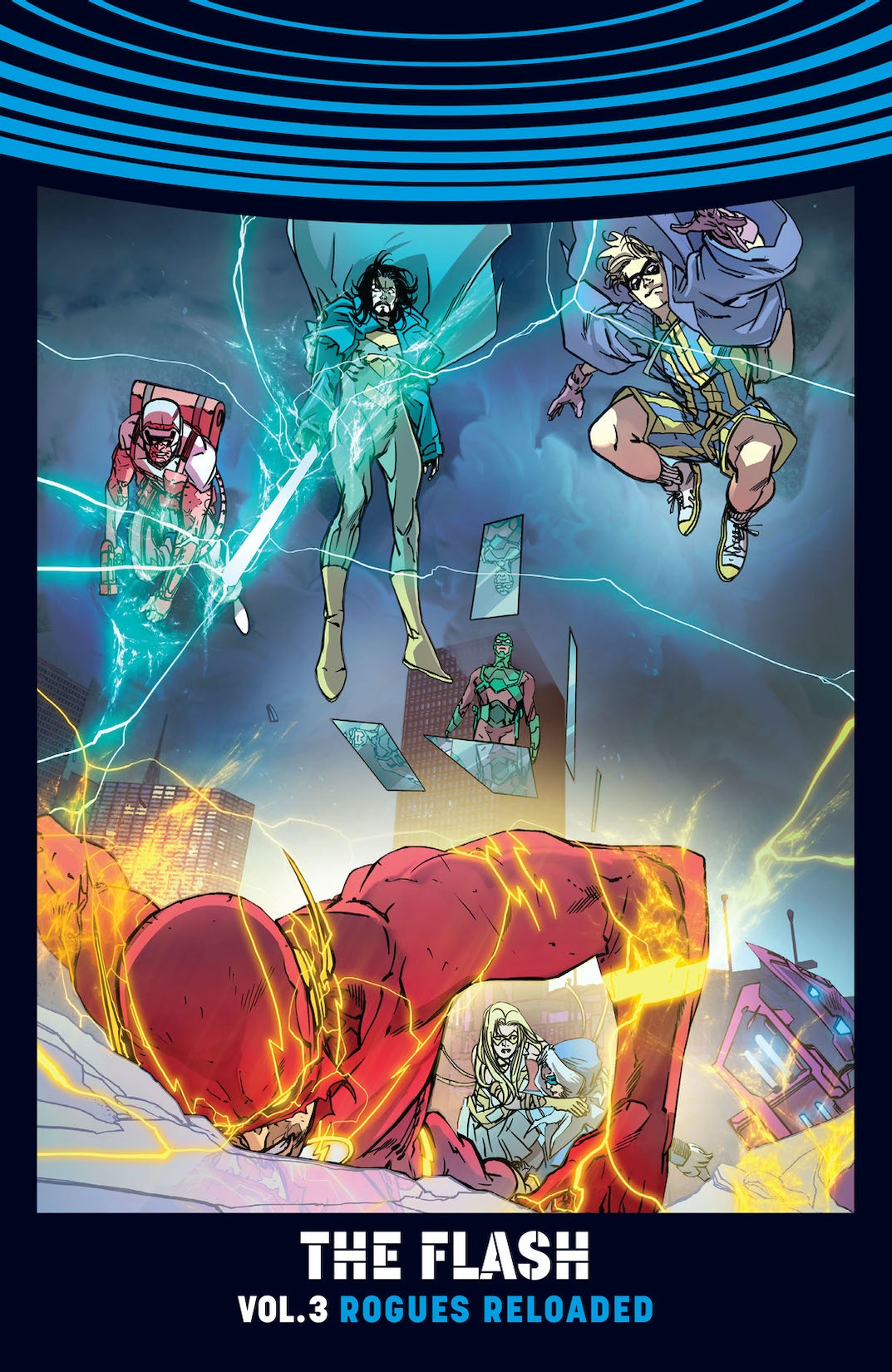 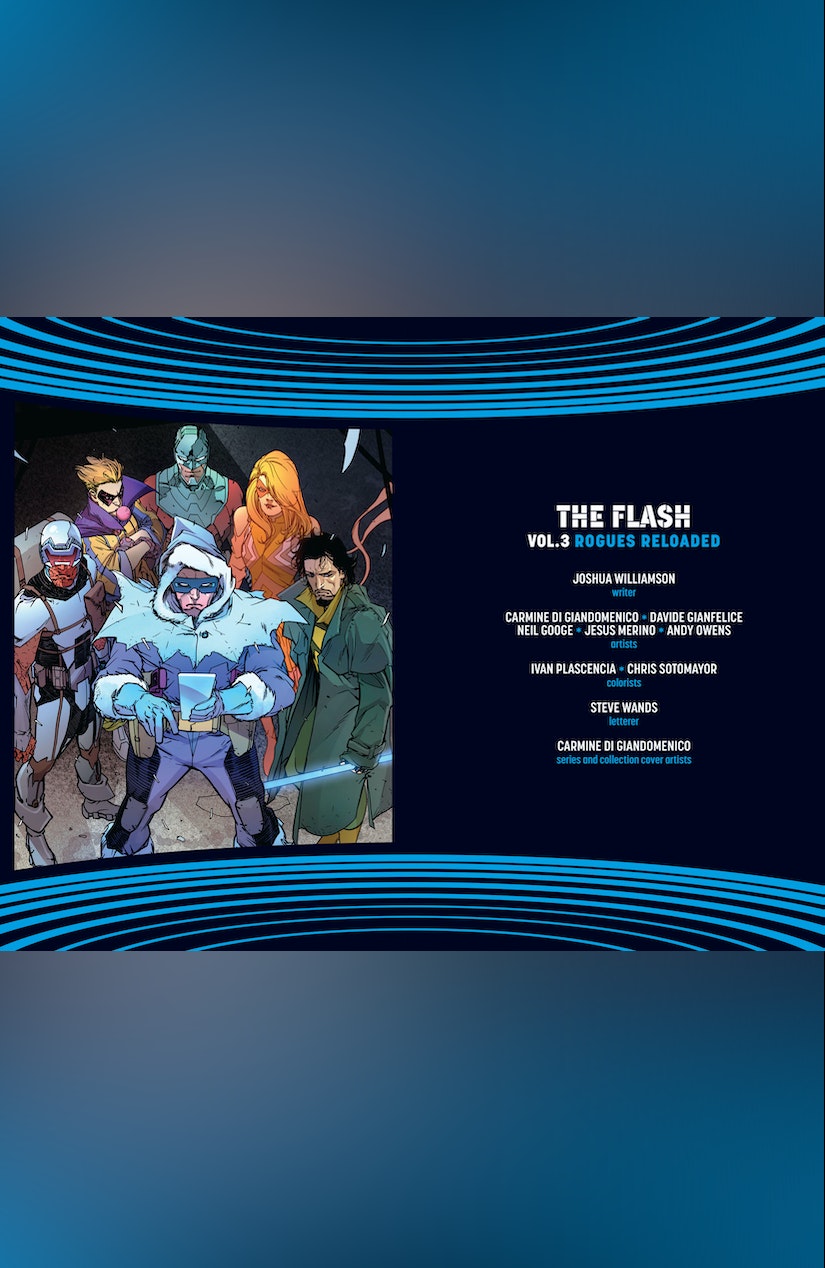 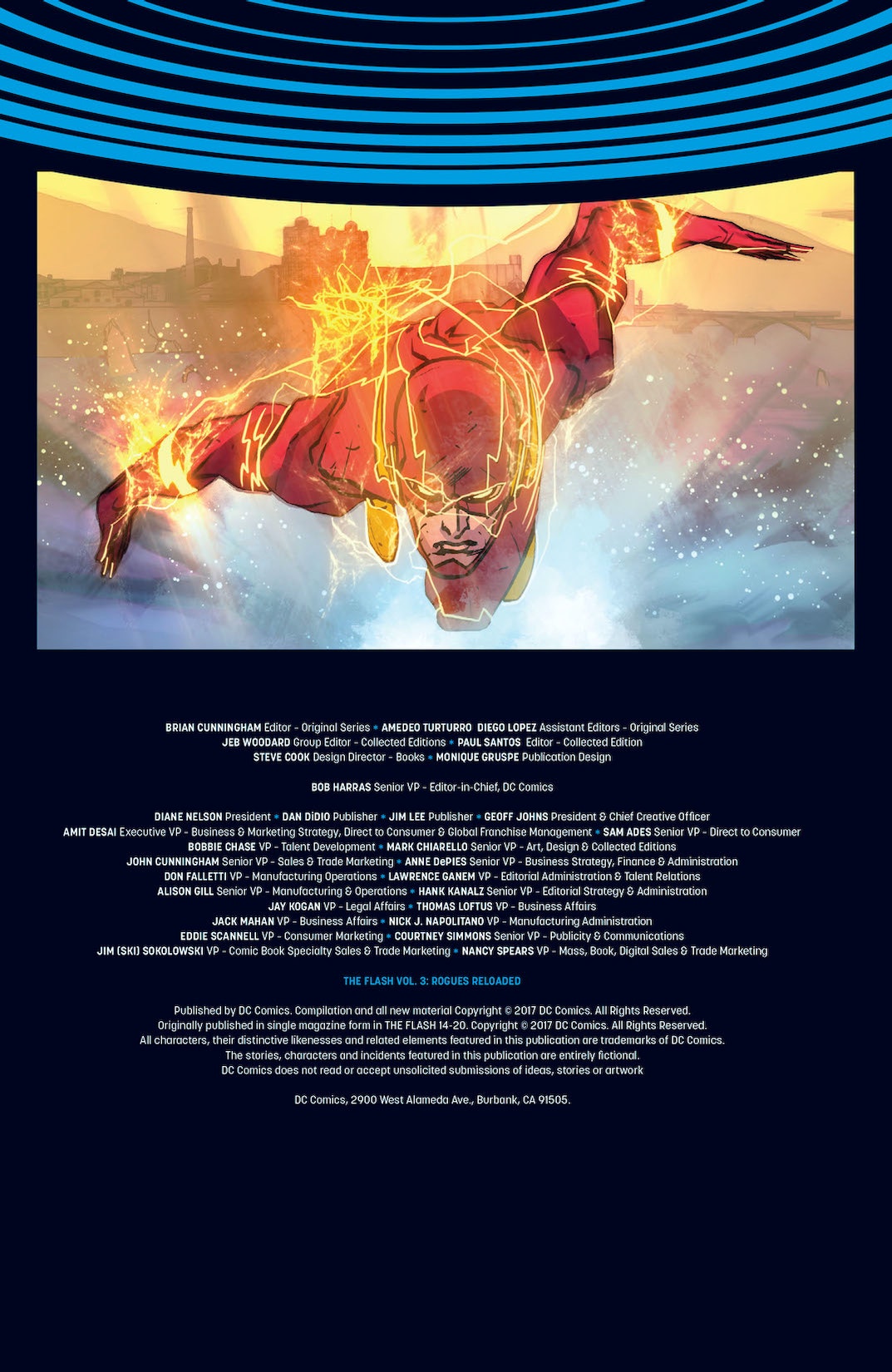 It’s the long-awaited throw-down with the most colorful Rogues Gallery in comics, from the acclaimed creative team of Joshua Williamson and Carmine Di Giandomenico, in THE FLASH VOL. 3: ROGUES RELOADED! Captain Cold. Mirror Master. Golden Glider. Weather Wizard. Heat Wave. They’re five of Central City’s most wanted. They’re the Flash’s greatest enemies. They’re the Rogues…and they’ve gone quiet. Too quiet. The moment the Flash starts investigating their disappearance, their plan clicks into place. It’s a deadly cat-and-mouse game that will have the Fastest Man Alive on the run across the globe-and close to home. Is the Scarlet Speedster fast enough to stop five diabolical crimes? Even if he is, can he and Wally West-Kid Flash-survive the secrets they uncover about Wally’s father, the Reverse-Flash, and the last man to see him alive…Rogue veteran turned Suicide Squad recruit Captain Boomerang? Collects THE FLASH #14-20.