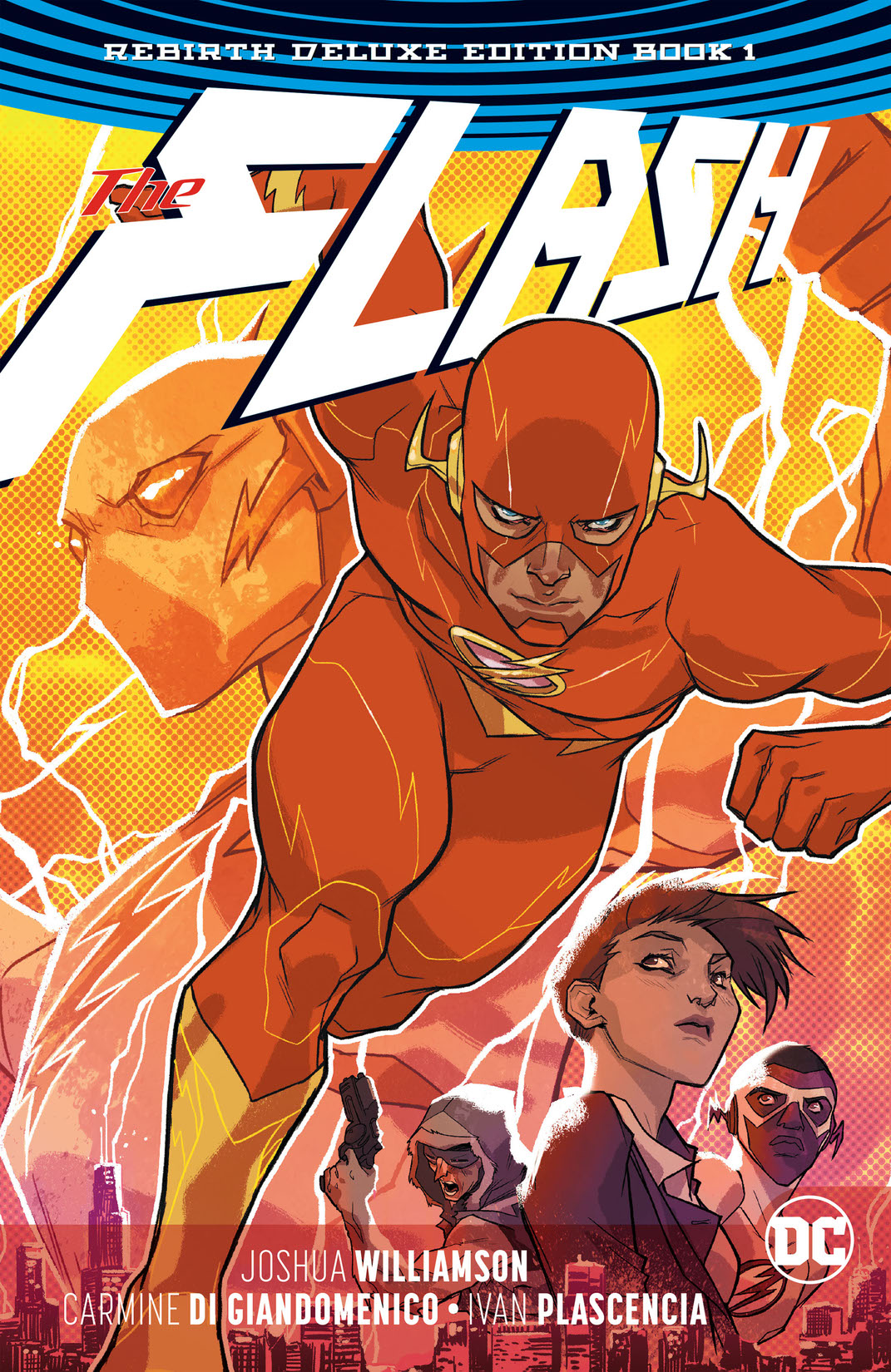 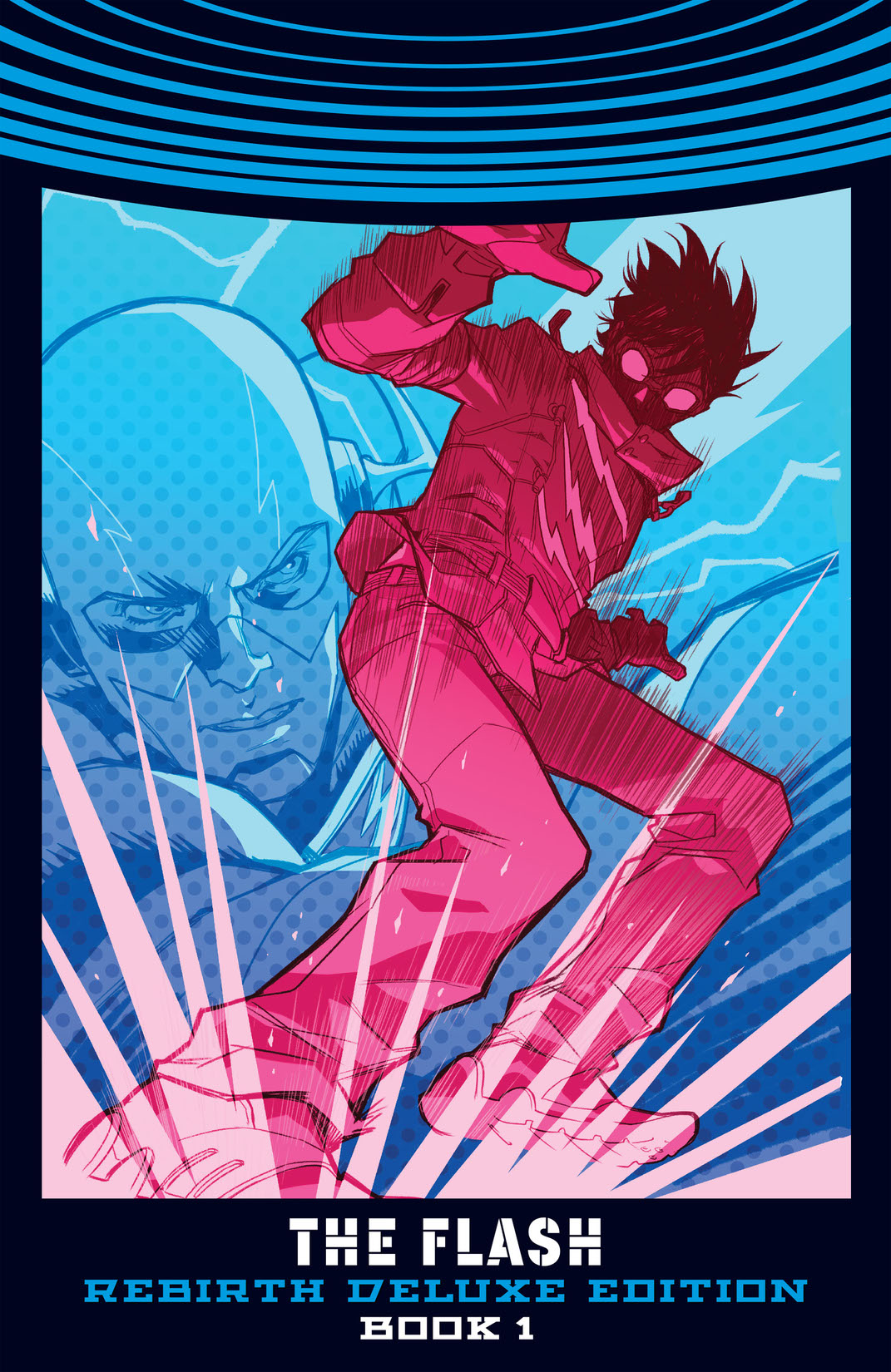 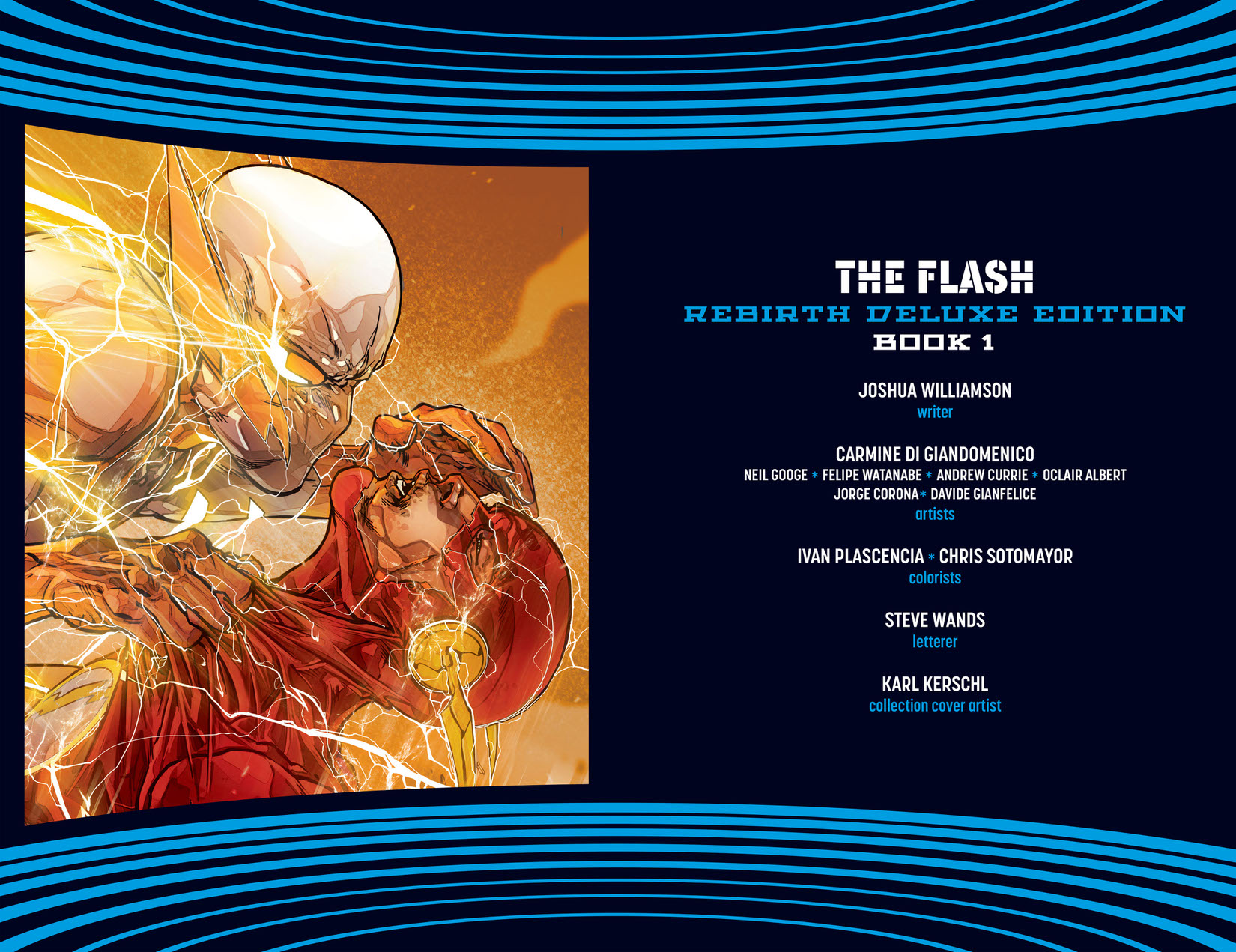 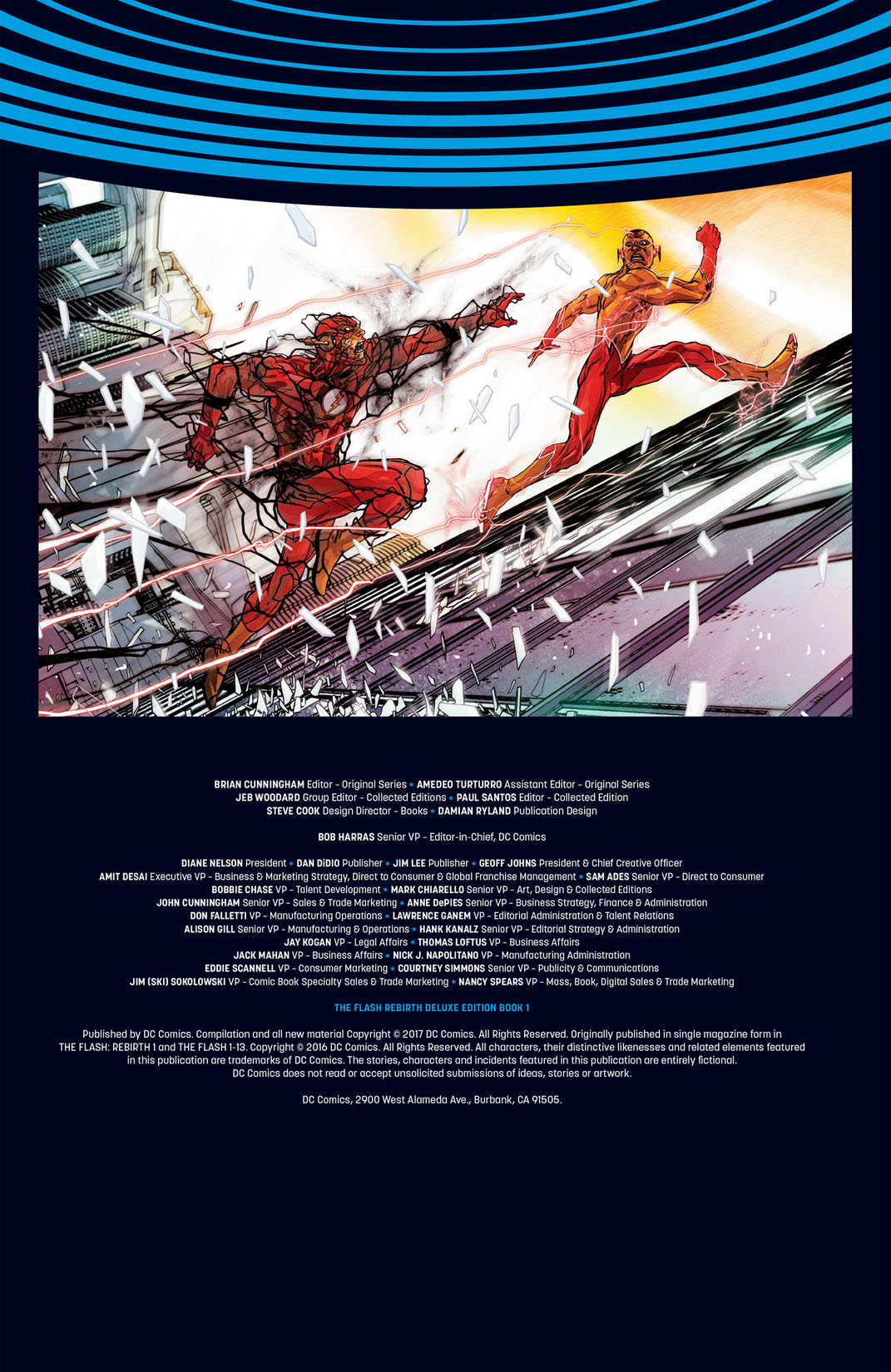 The creative team of Joshua Williamson and artists Carmine Di Giandomenico and Neil Googe proudly present THE FLASH: THE REBIRTH COLLECTION-DELUXE EDITION BOOK ONE! Exploding from the pages of the blockbuster DC Universe Rebirth event, this hardcover collects the first two paperback volumes of the acclaimed series together in one volume for the first time! The Speed Force that fuels the incredible powers he uses as the Flash has been unleashed upon the unsuspecting citizens of Central City, creating an entire army of speedsters. Even if the Flash trains a new team of metahuman crime-fighters-a true “speed force”-will it be enough to combat criminals who have the same godlike powers? Plus, when Kid Flash decides to prove his abilities to Barry by investigating reports of a strange creature made of shadows in downtown Central City, he finds himself in a whole world of trouble...literally! Suddenly, Flash, Kid Flash and Iris West all become trapped in the Shadowlands of Flash’s old nemesis turned ally the Shade-only the Shade is no longer in control of his own shadows. Includes THE FLASH: REBIRTH #1 and THE FLASH #1-13!