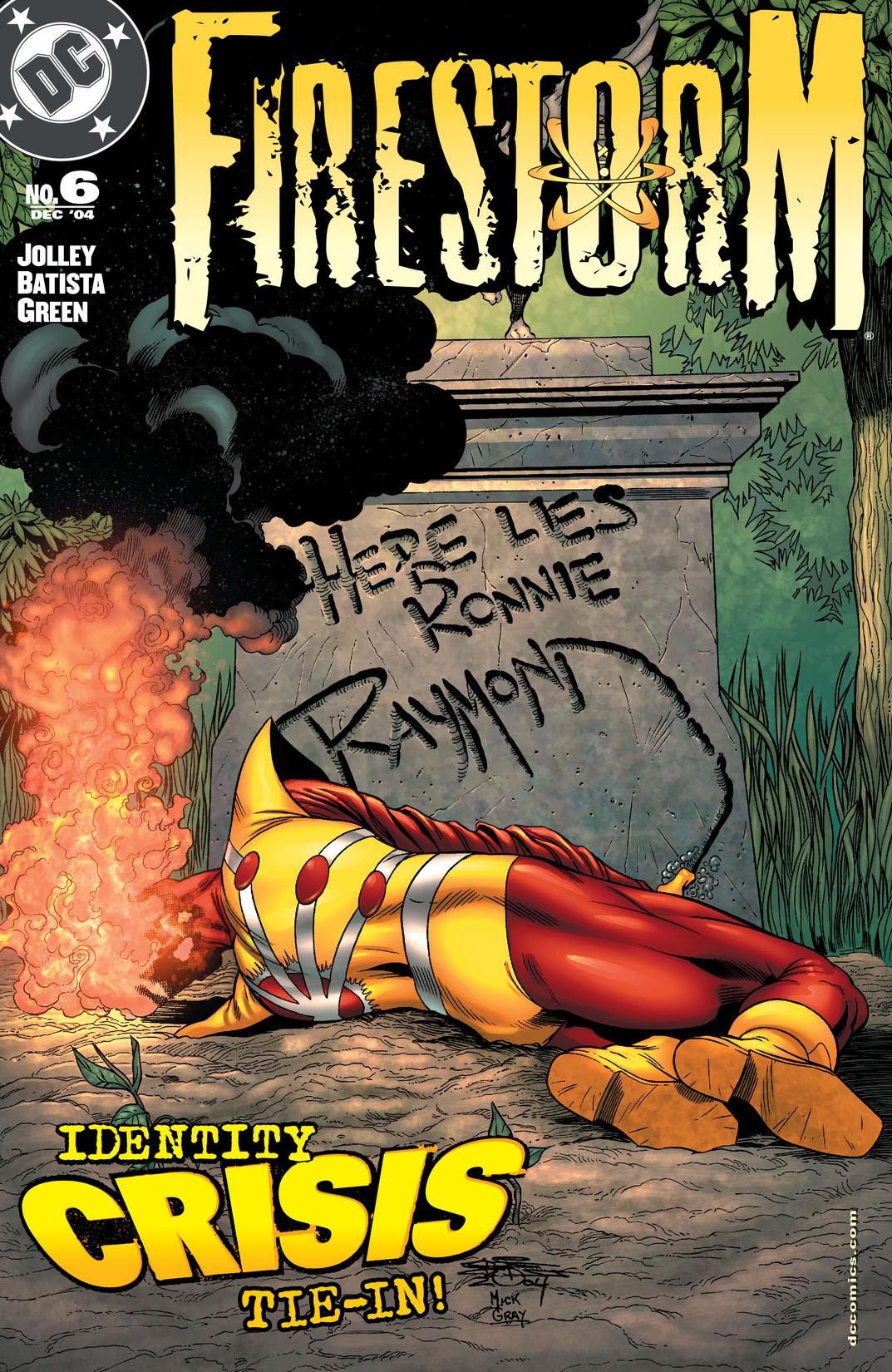 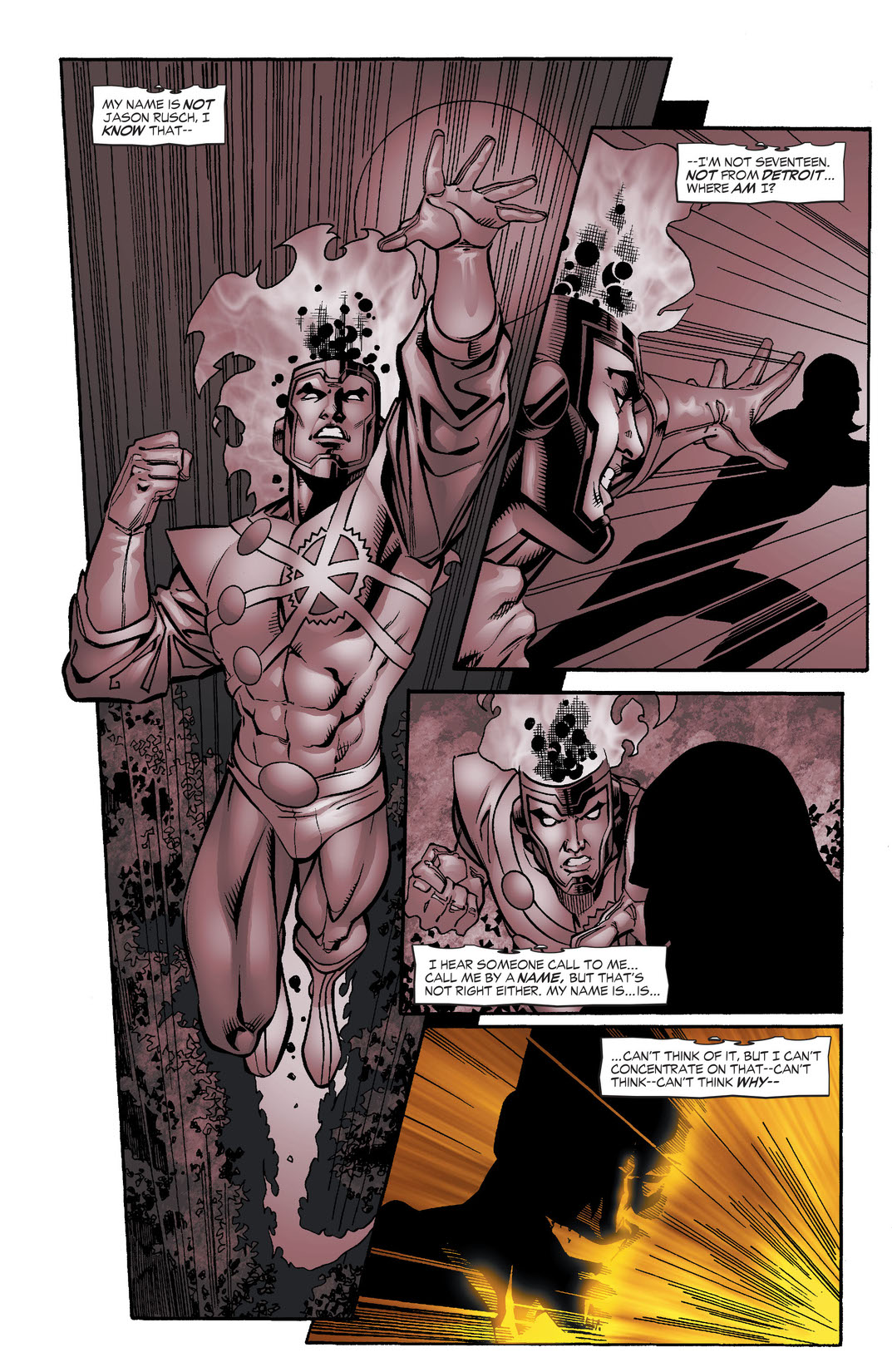 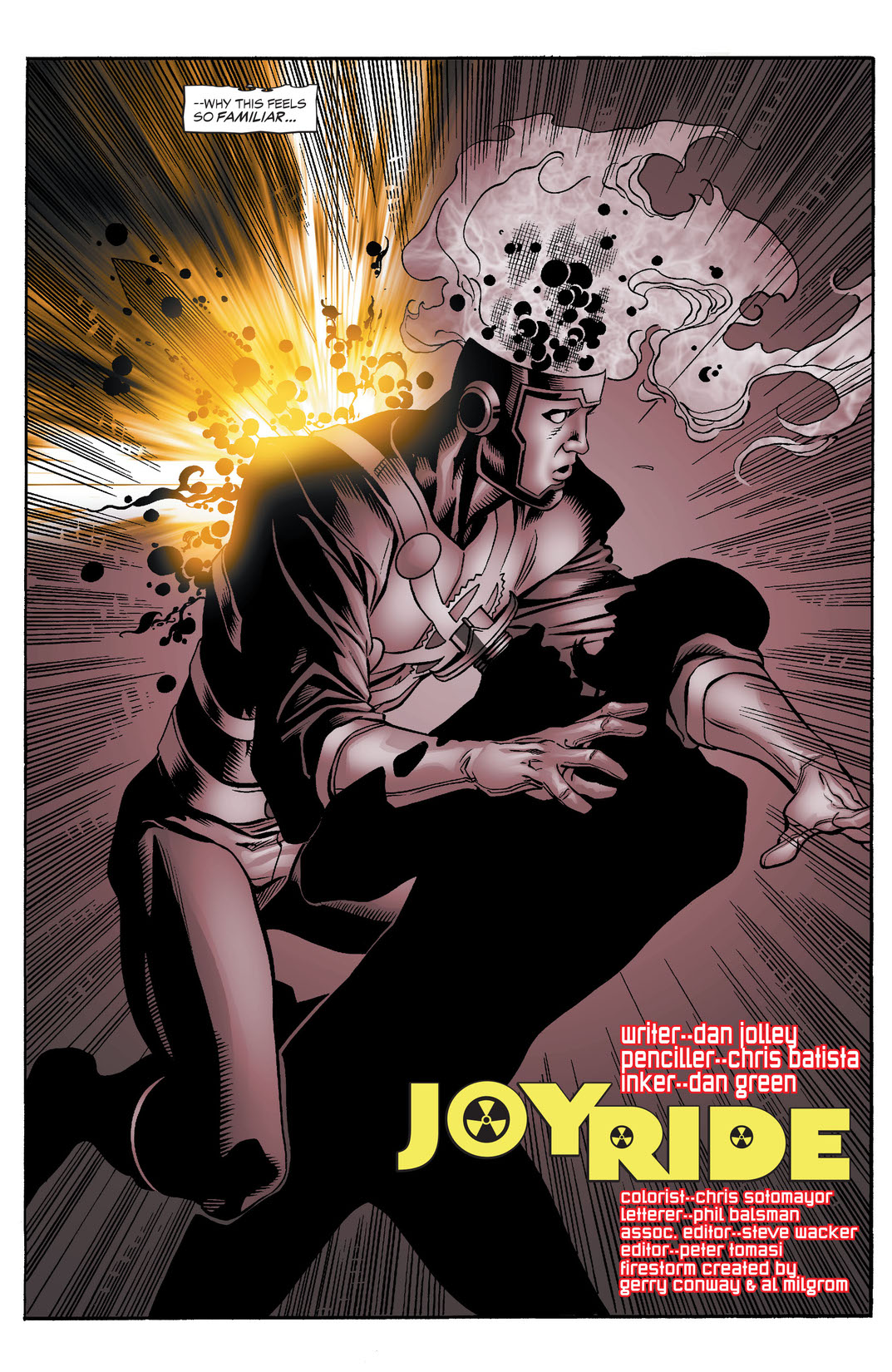 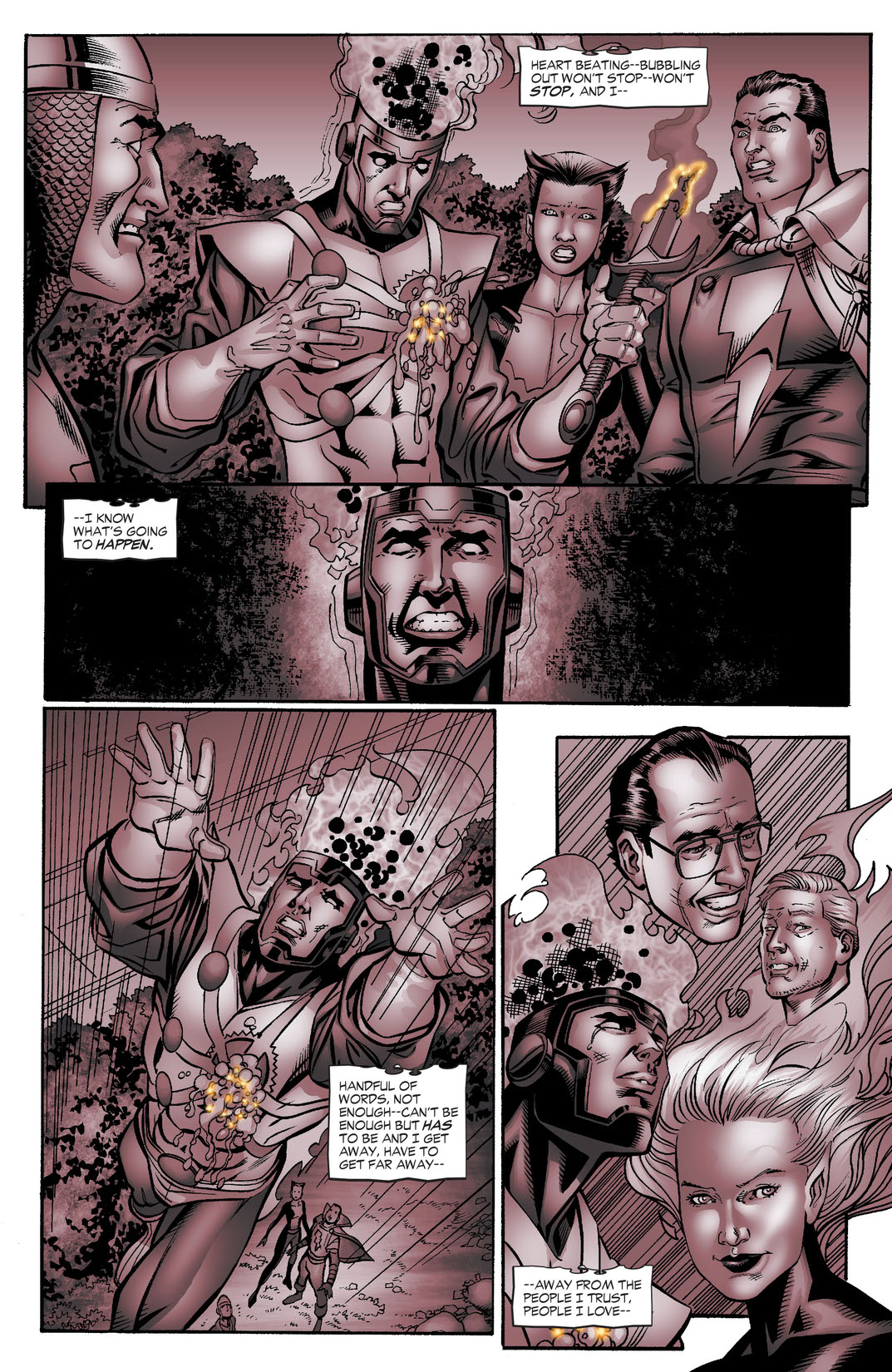 A special issue that ties into IDENTITY CRISIS, featuring guest art by Chris Batista (THE LEGION) & Dan Green (Uncanny X-Men)! With the pressures of his family life and the gargantuan responsibilities of the powers of Firestorm weighing heavily on him, Jason Rusch finally decides to blow off some steam! But what will be the consequences of his recklessness…especially when the JLA reveals what happened to Ronnie Raymond?