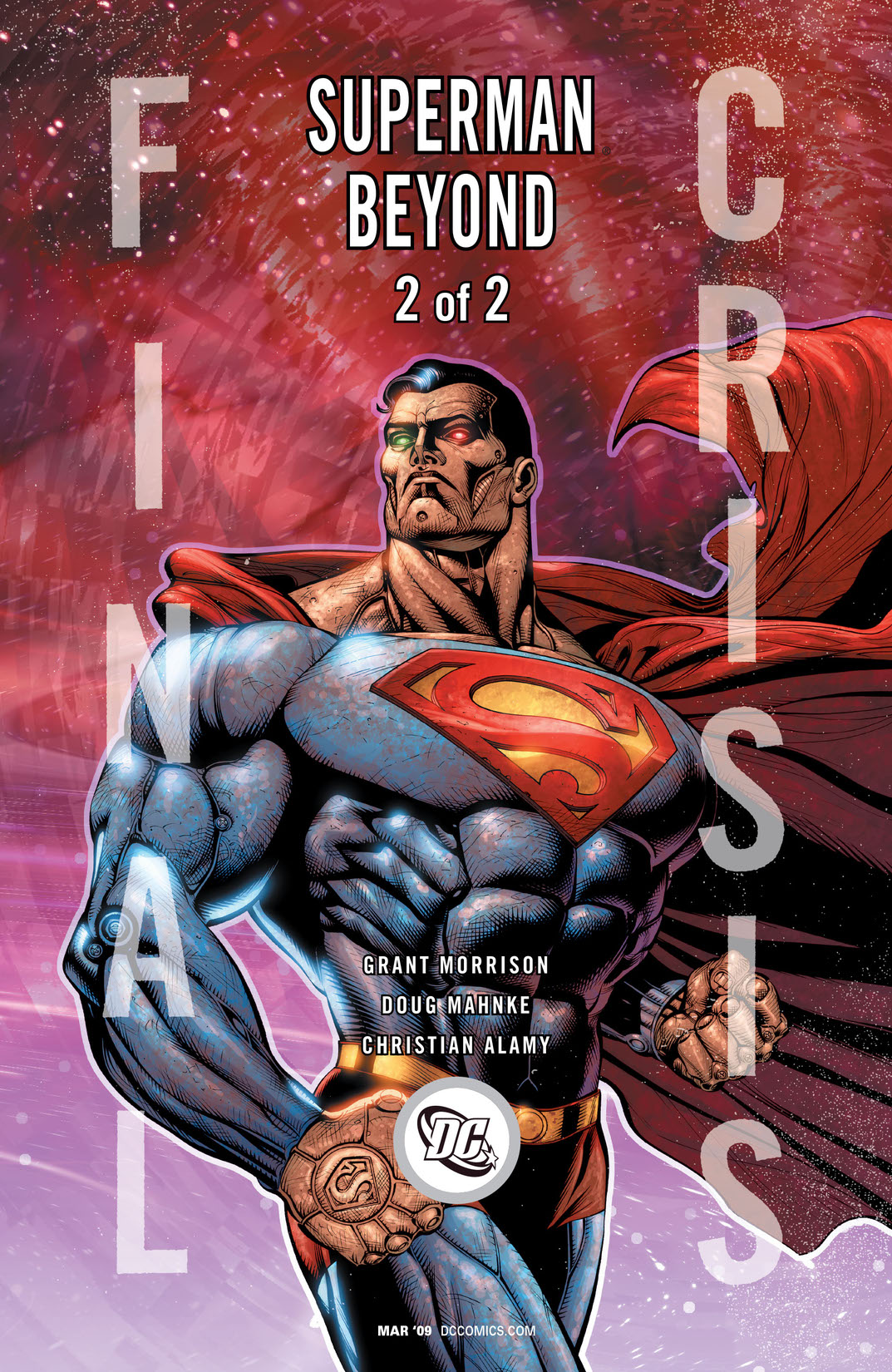 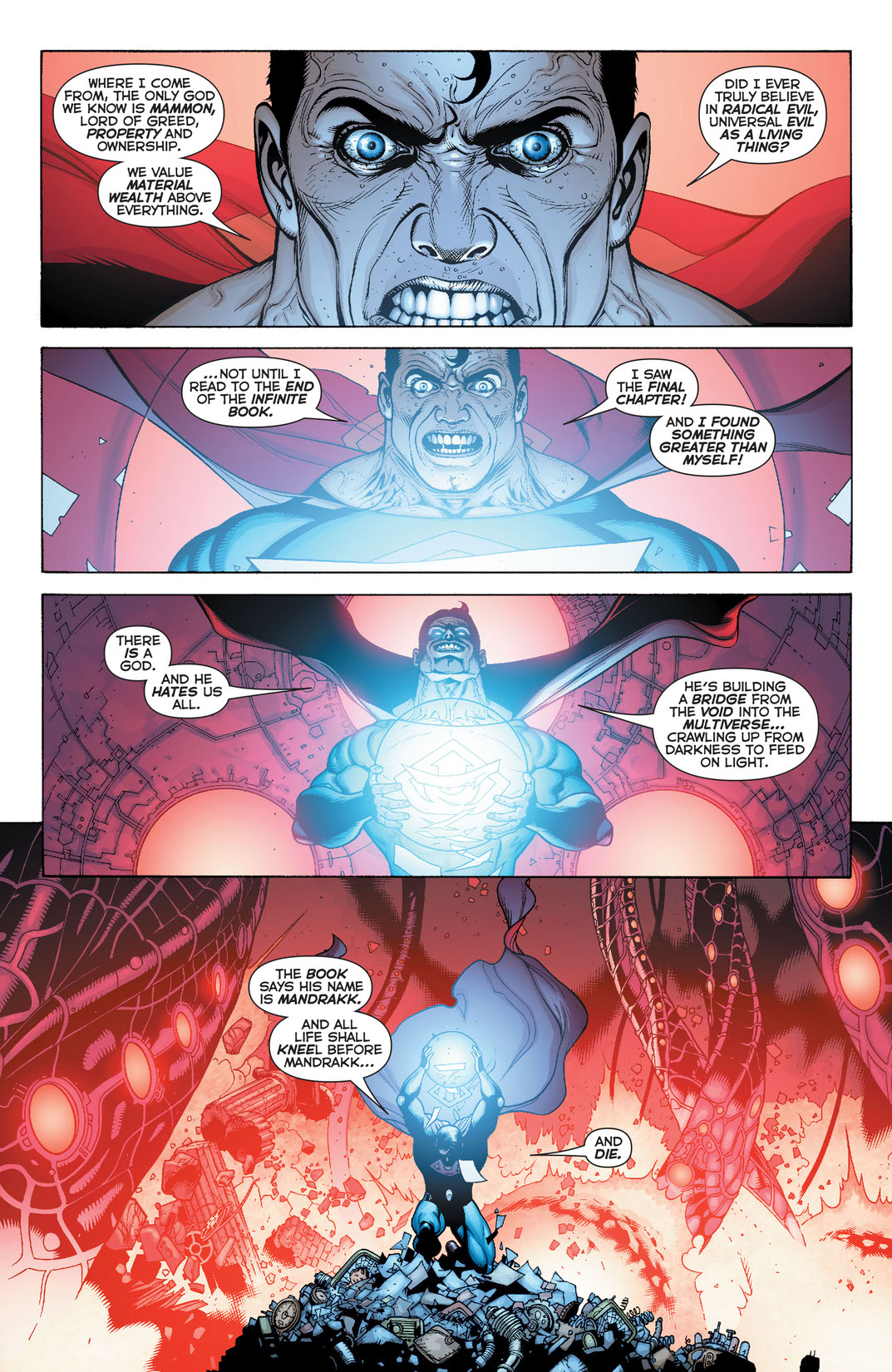 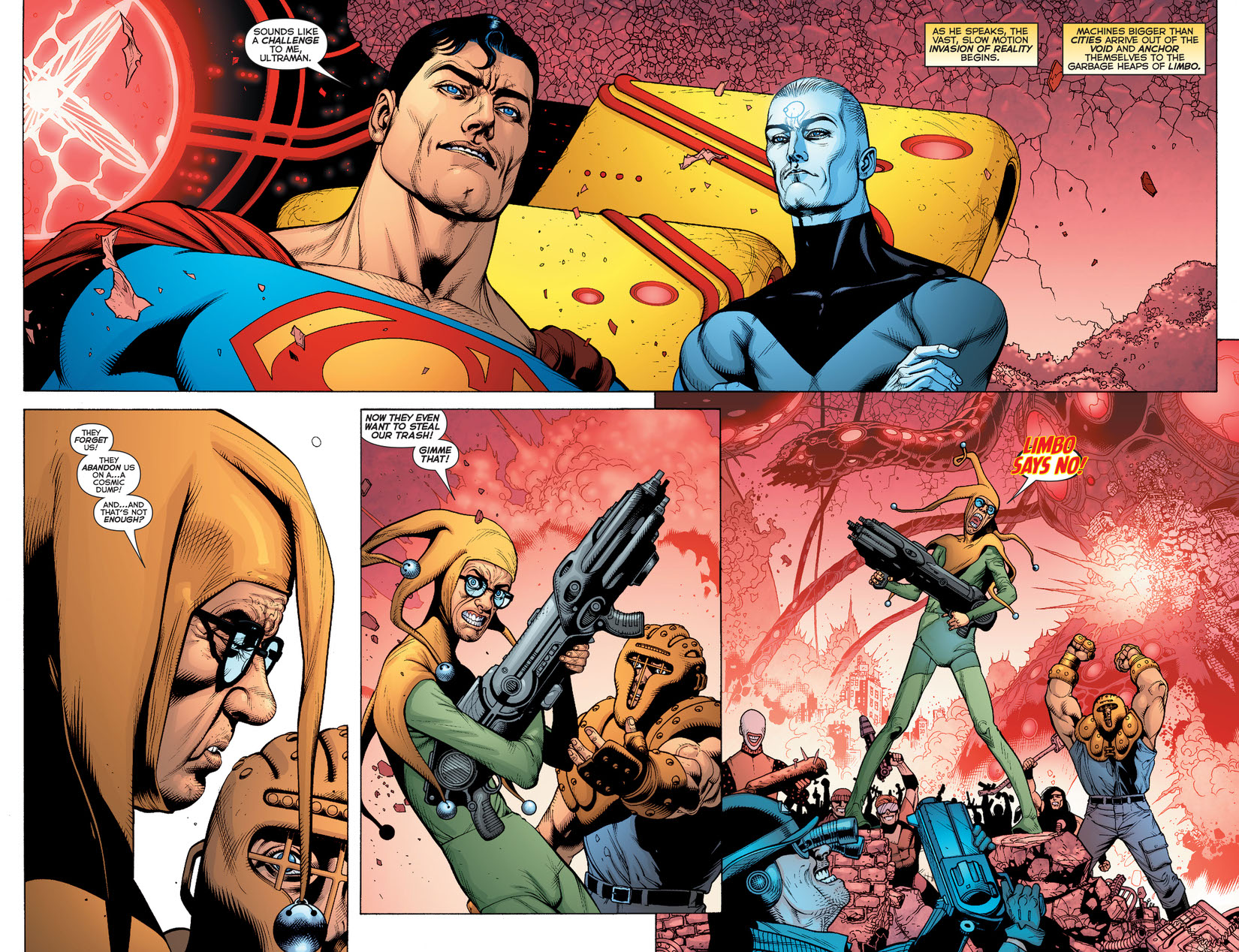 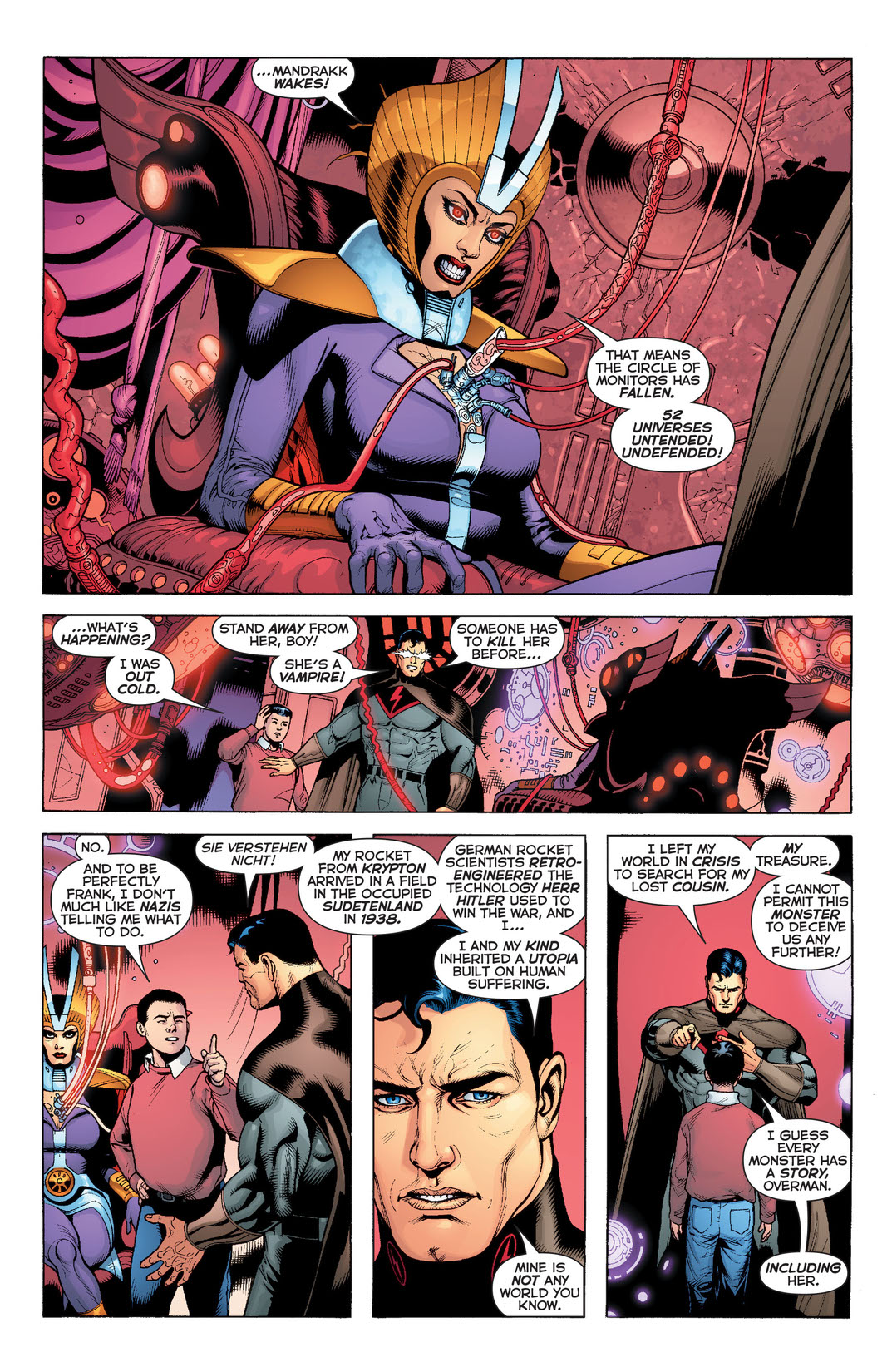 The epic voyage beyond reality concludes in this heart-stopping finale as the multiverse-spanning quest for the elixir of the supergods reaches its end on the shores of a battlefield beyond imagination! But first, the Supermen of five worlds must lay bare the darkest secret of the multiverse, expose the shocking origin of the Monitors and come face to face with a seemingly unstoppable evil fueled by the power of 52 living universes!