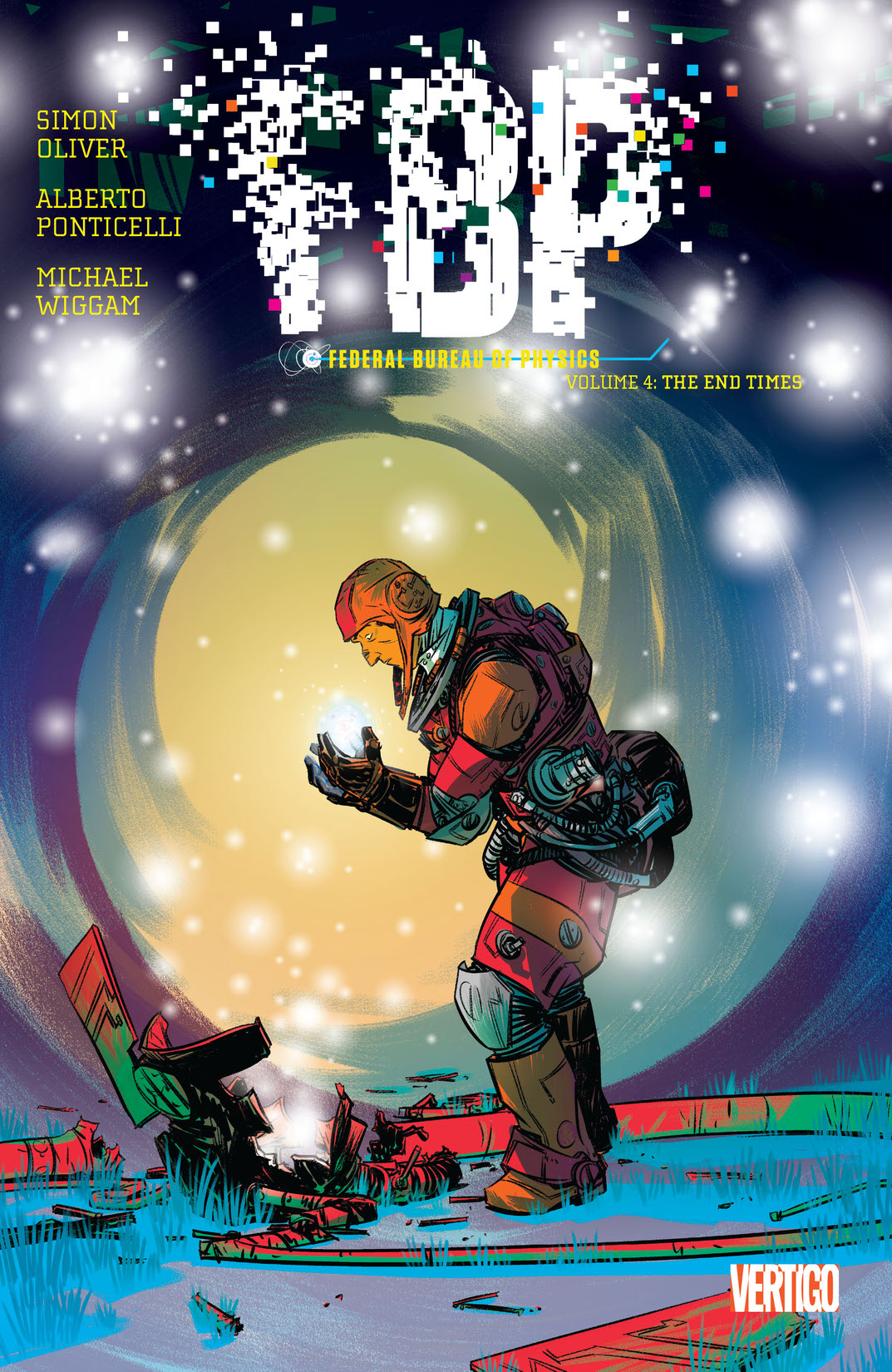 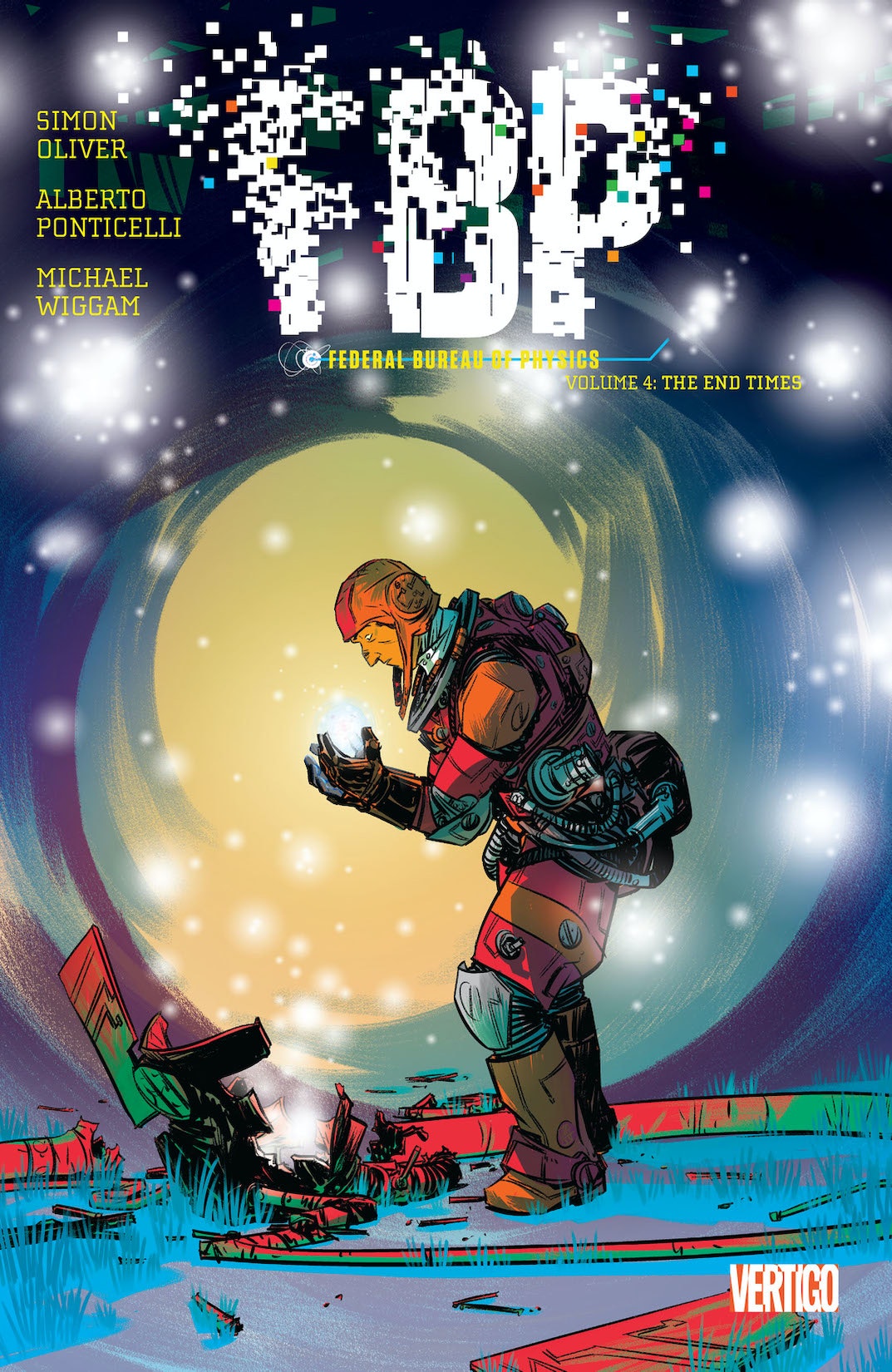 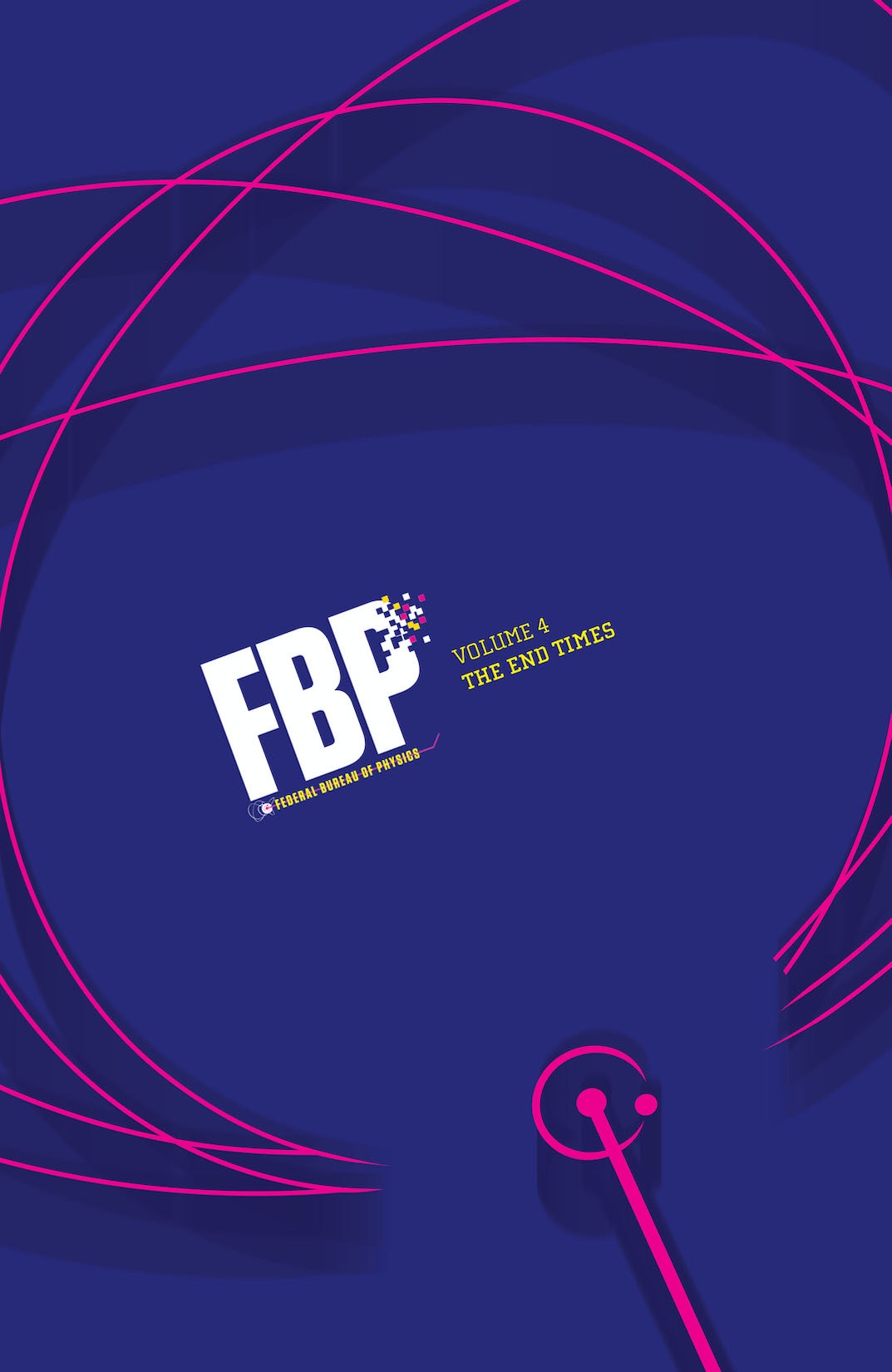 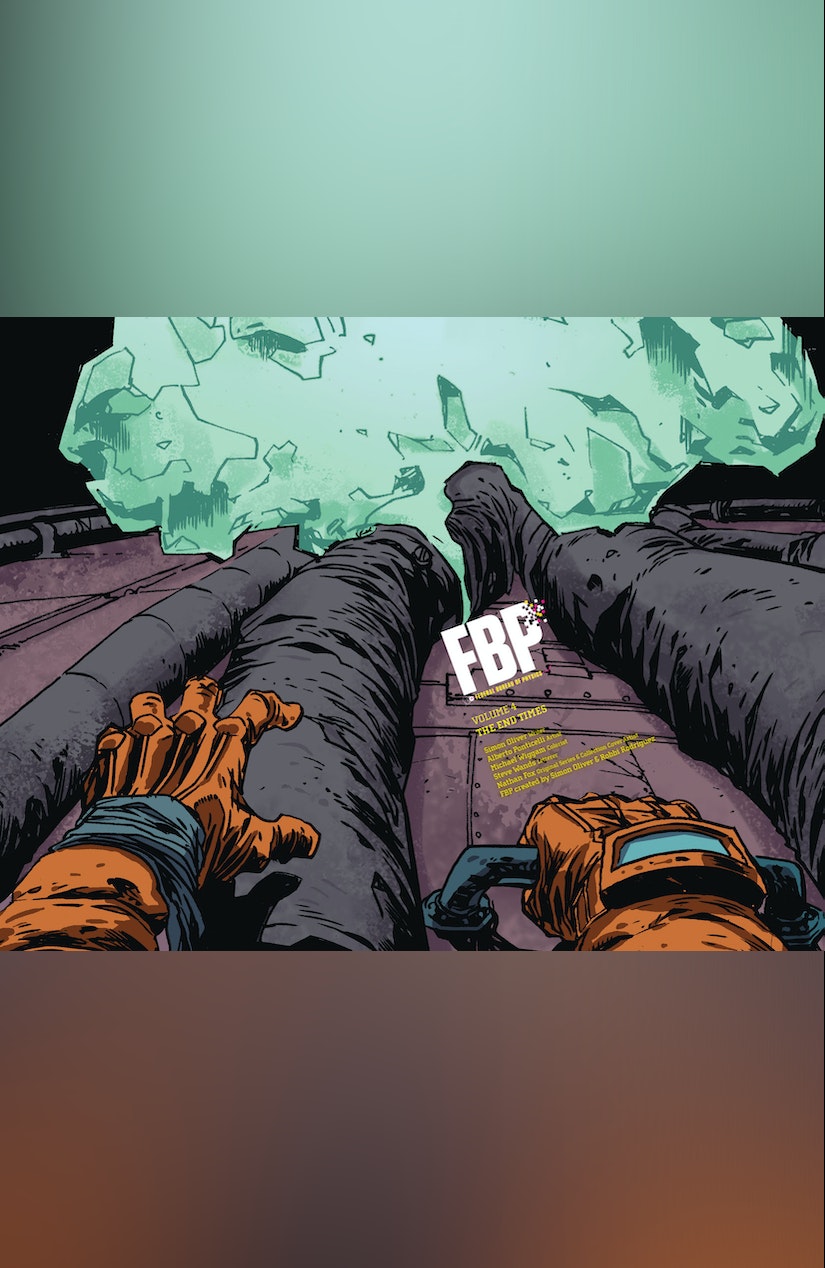 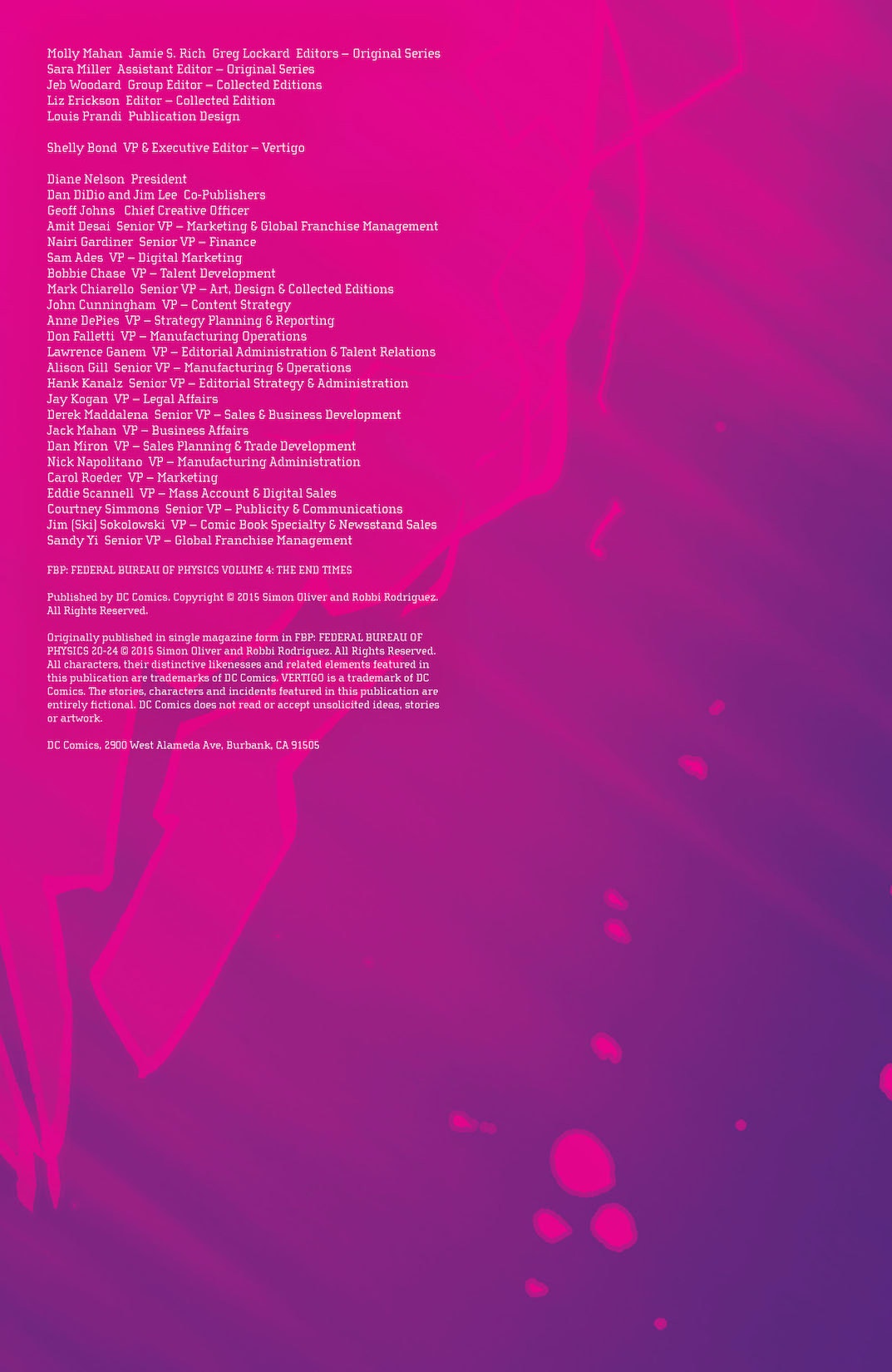 The critically acclaimed series reaches its apocalyptic conclusion! Humanity’s final hope rests with Lance Blackwood’s Project Audeamus, a last-ditch attempt to punch a hole between dimensions and restore the laws of physics to an increasingly chaotic universe. For this Hail Mary pass to work, FBP agents Adam Hardy, Rosa Reyes, and Cicero DeLuca will have to travel beyond the boundaries of what they believed to be possible-and the further they go, the more they begin to suspect that Blackwood’s intentions may not be as altruistic as they appear. Is Audeamus all it seems to be? Can this failing dimension even be saved? One wrong move will send mankind hurtling toward extinction, and in the end it will all come down to one impossible choice. But as they say in the FBP: The impossible is always possible. Collects FBP: FEDERAL BUREAU OF PHYSICS #20-24.