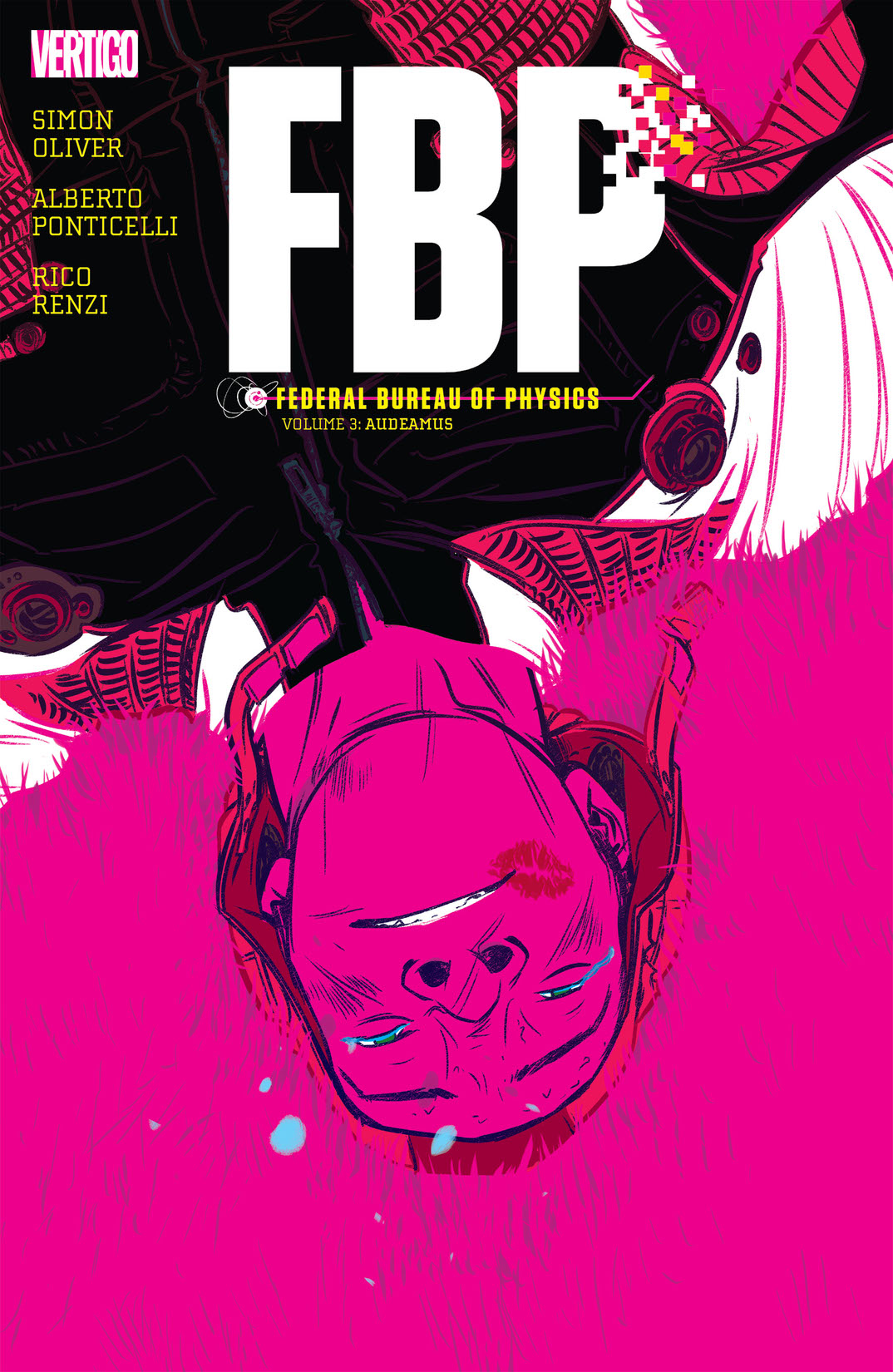 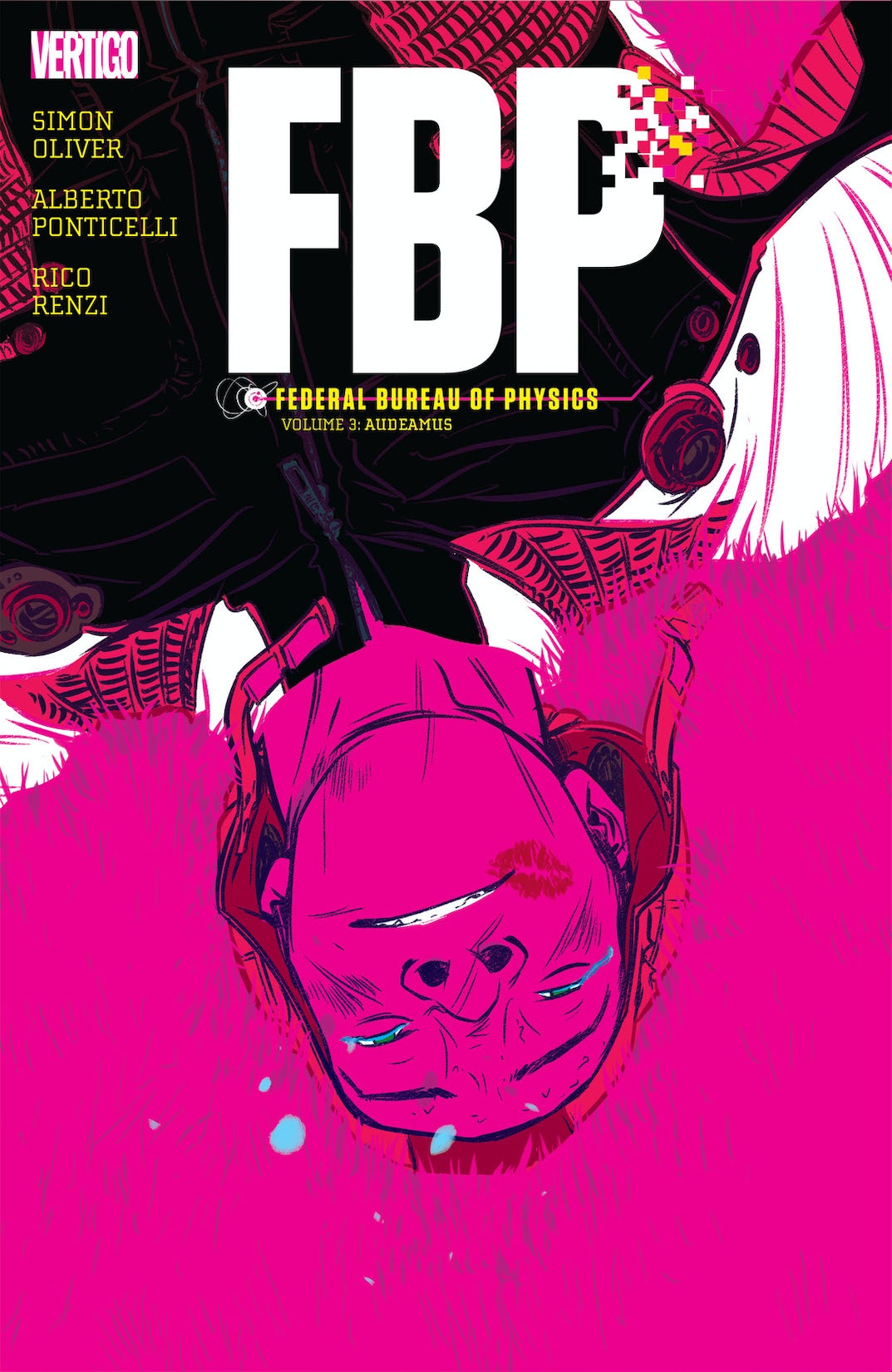 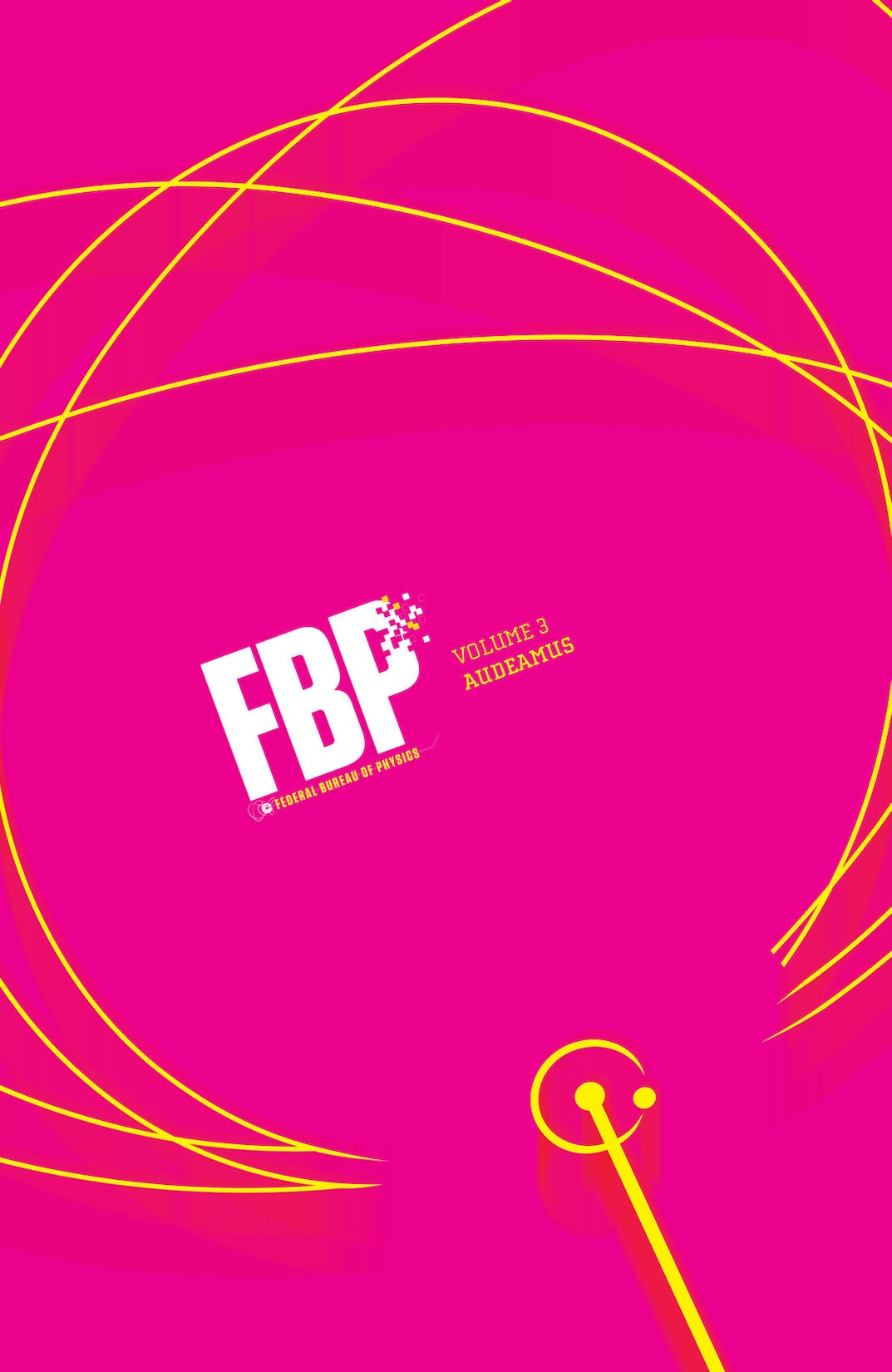 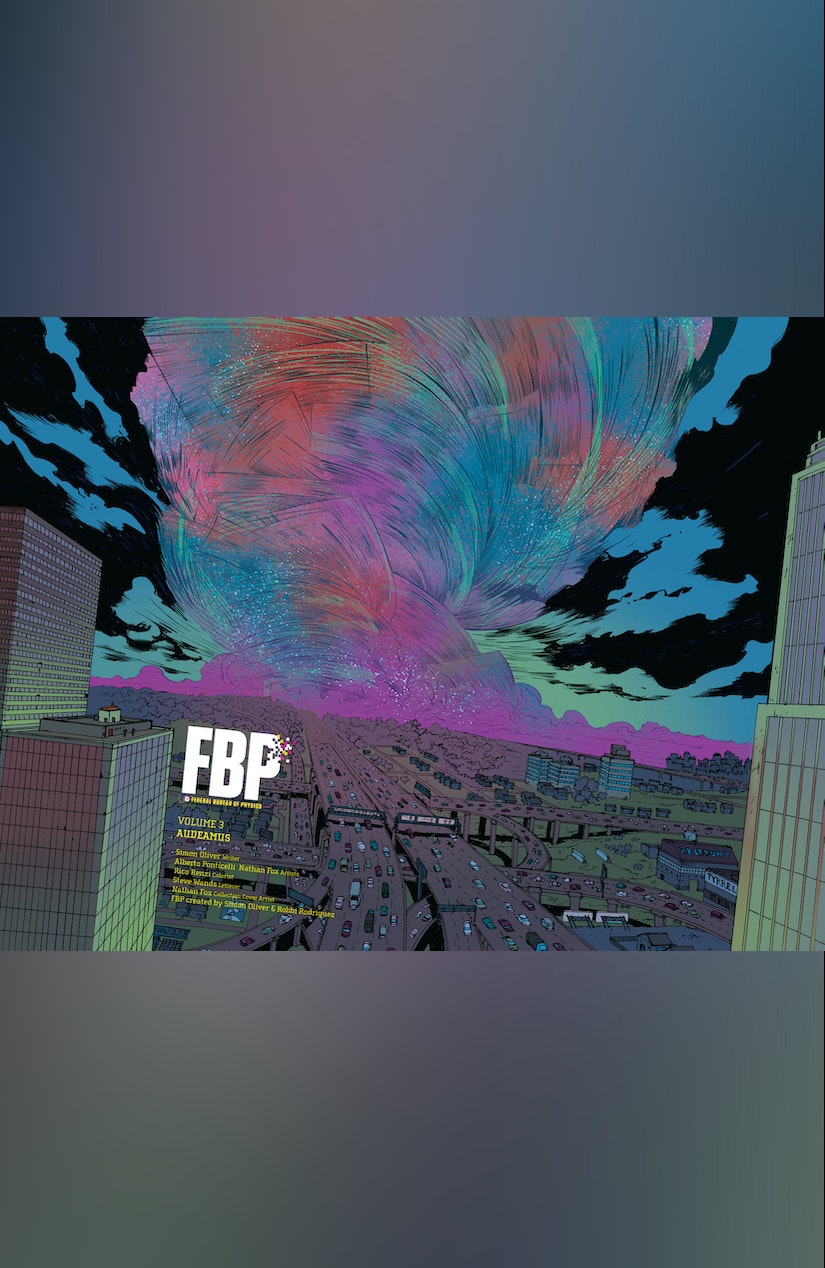 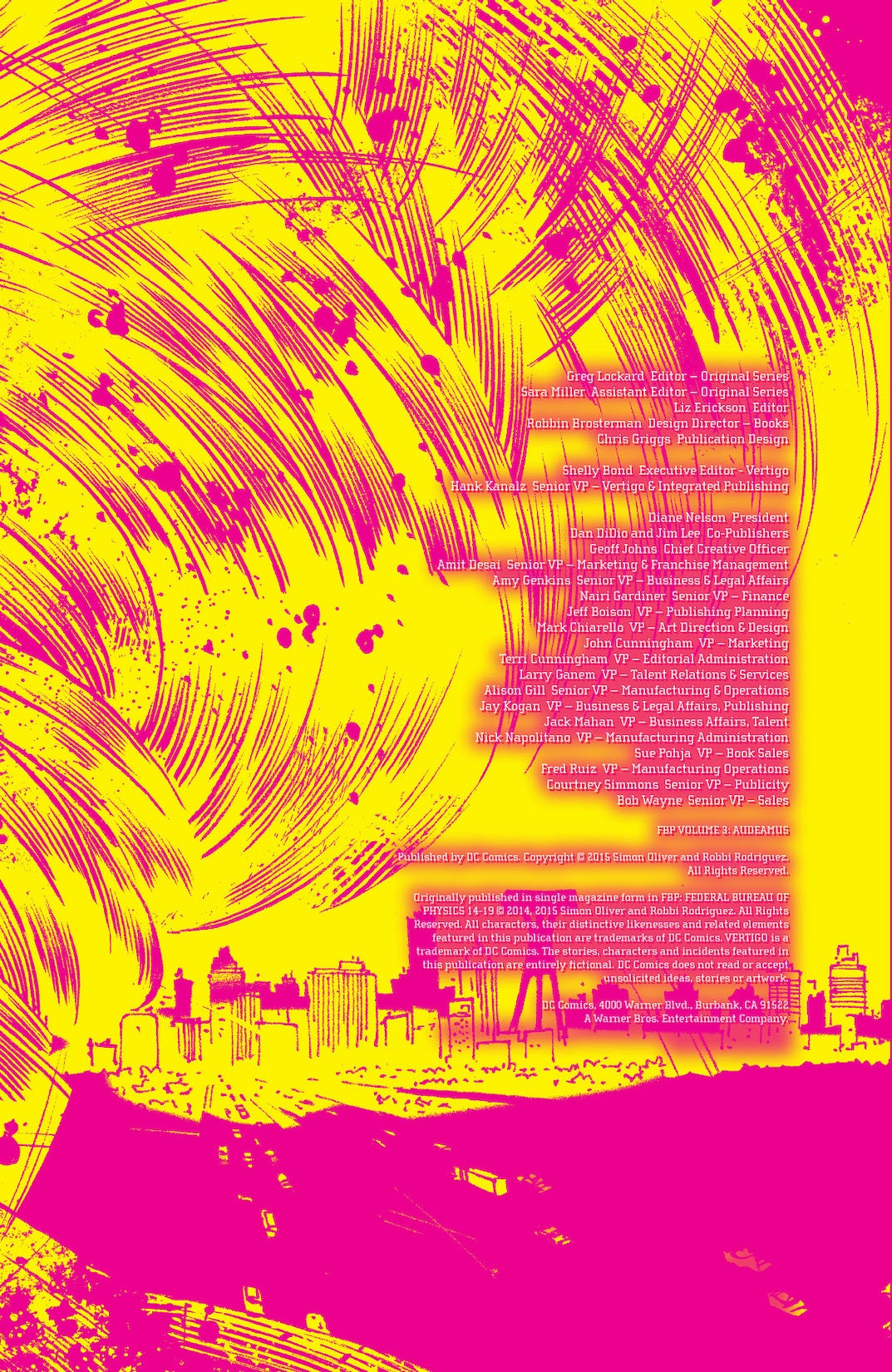 “Protecting mankind from the impossible.” In theory, that’s the reason people become agents of the Federal Bureau of Physics. But if the breakdown of the laws that govern the universe has shown the world anything, it’s that theory and reality are two very different things. For Cicero Deluca, the FBP was a way to escape a life of bullying for a virtual kingdom of the nerds. For Adam Hardy, the FBP was a chance to find the secrets of his father, a groundbreaking physicist who lost his career for telling the truth about his discoveries. Protecting mankind wasn’t high on either of their lists. But the massive quantum tornadoes tearing across the planet may make them rethink their priorities. The universe is running out of dark matter, the mysterious glue that holds reality together. And unless Adam and Cicero can help the FBP create more, there will be no more mankind left to protect… In FBP: FEDERAL BUREAU OF PHYSICS: AUDEAMUS, writer Simon Oliver and artist Alberto Ponticelli take this saga of strange science to its darkest destination yet! Collects issues #14-19.