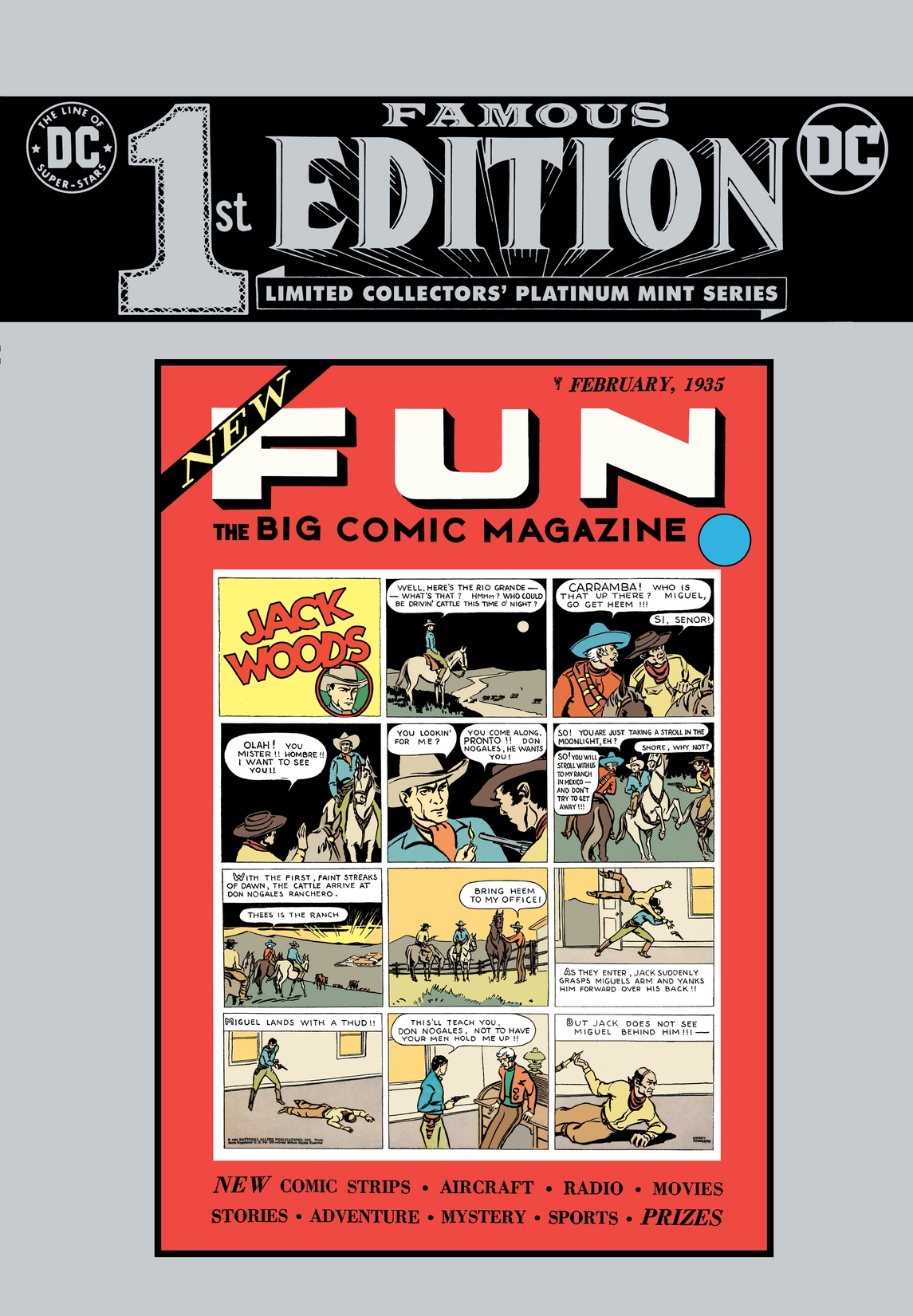 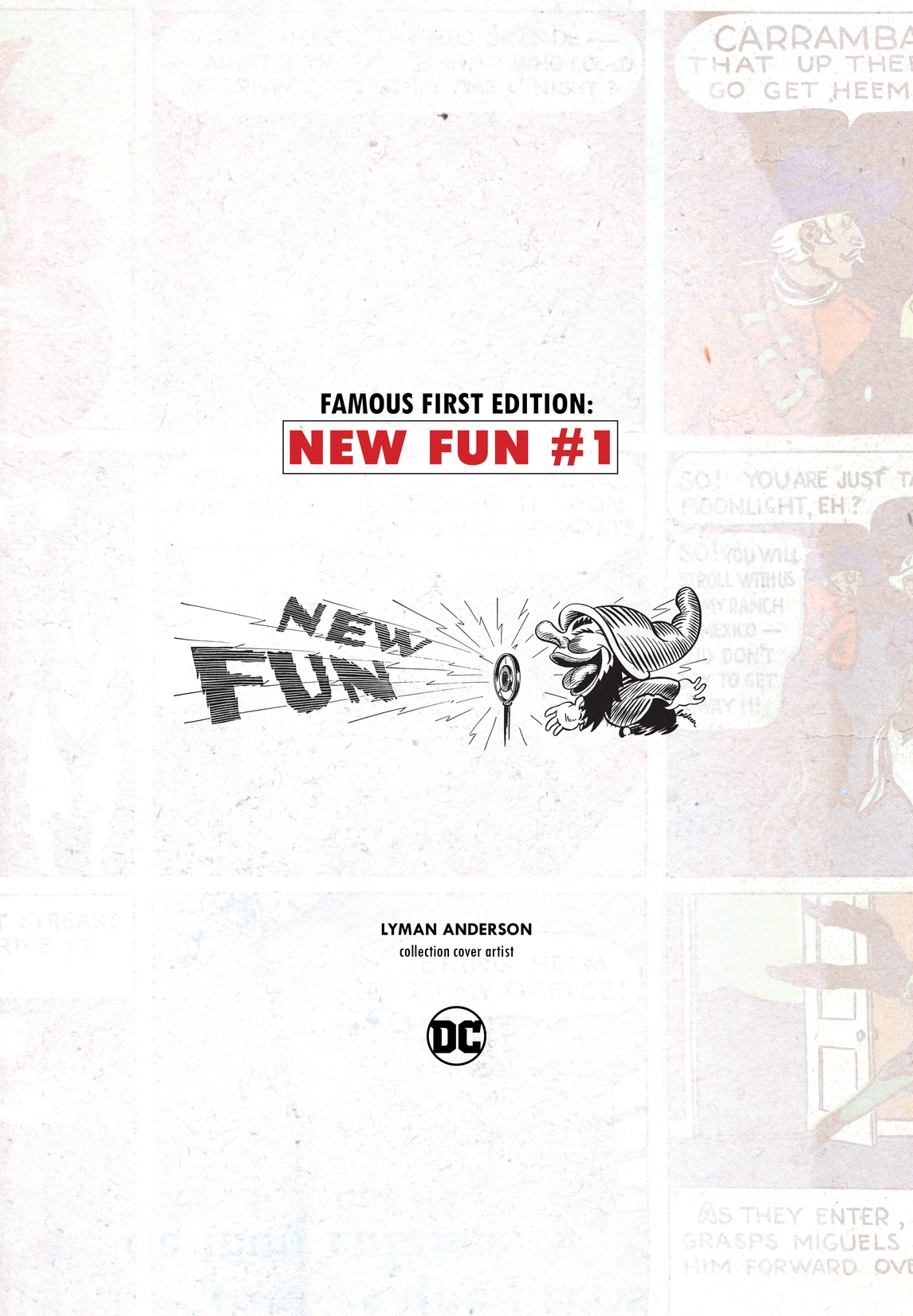 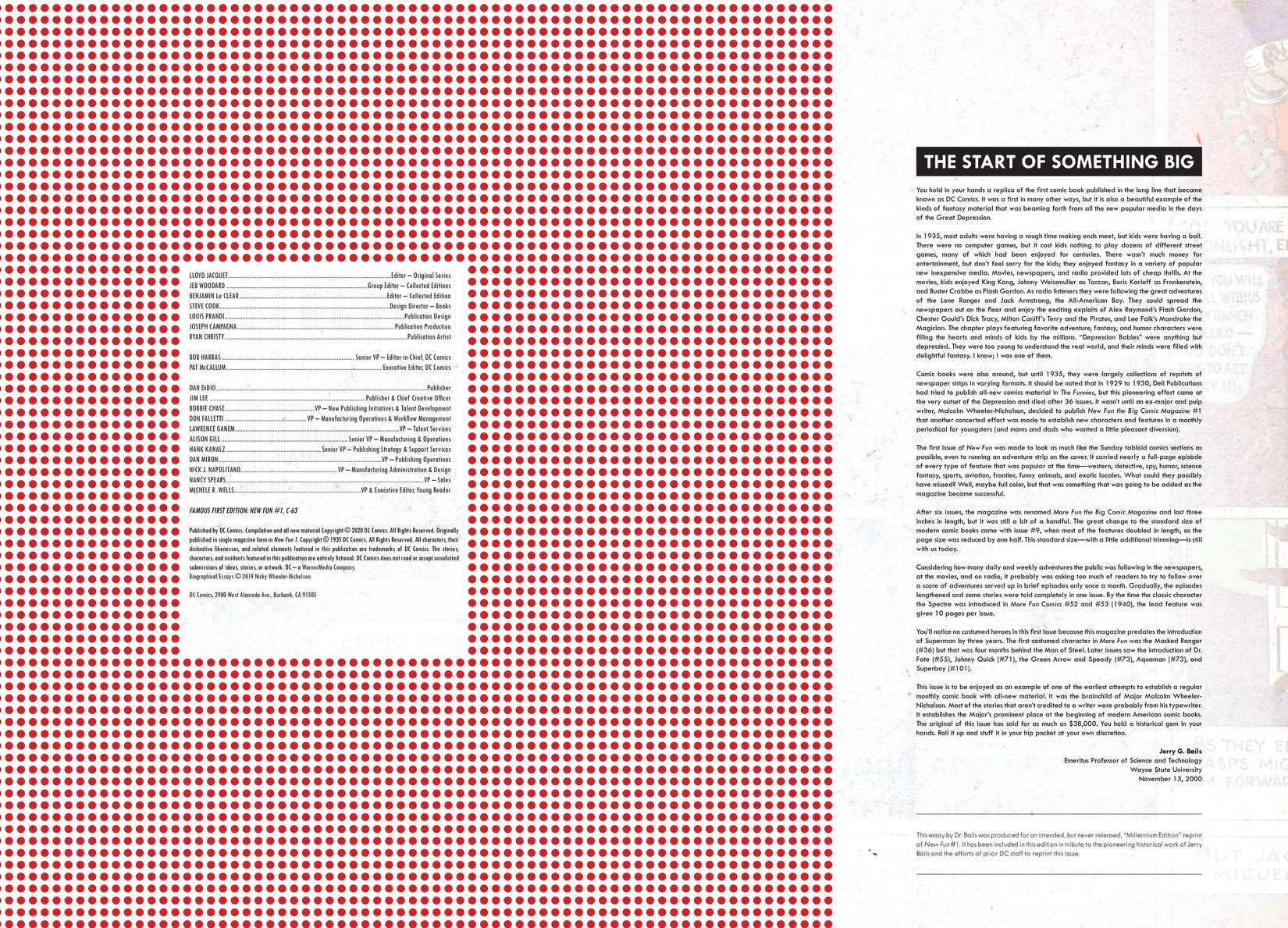 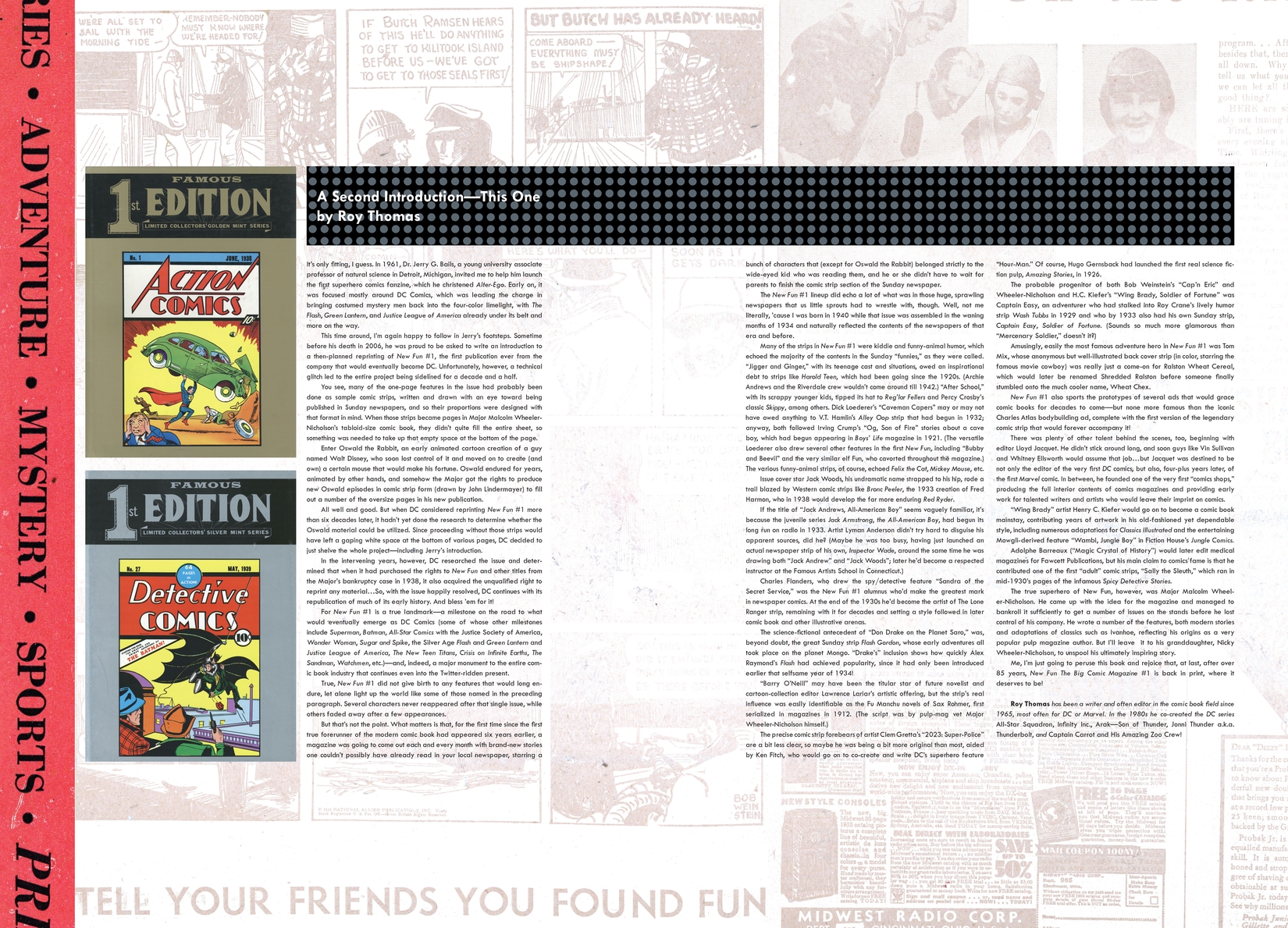 In celebration of its 85th anniversary, DC Comics reprints for the very first time its first-ever published comic book, New Fun #1, the comic that transformed the fledgling industry by being the first ongoing title made up of new stories instead of reprints of newspaper comic strips. First published in 1935, this landmark comic book carried a diverse set of original content features cowboys, spies, detectives, funny animals, space explorers, soldiers of fortune and more, including features that were written by Major Malcolm Wheeler-Nicholson, the founder of the company that would become DC Comics. This tabloid-size, black-and-white comic is reprinted as a commemorative hardcover and will include essays by comics historian Roy Thomas and Nicky Wheeler-Nicholson, grand-daughter of Major Malcolm Wheeler-Nicholson, and more. Collects New Fun #1.