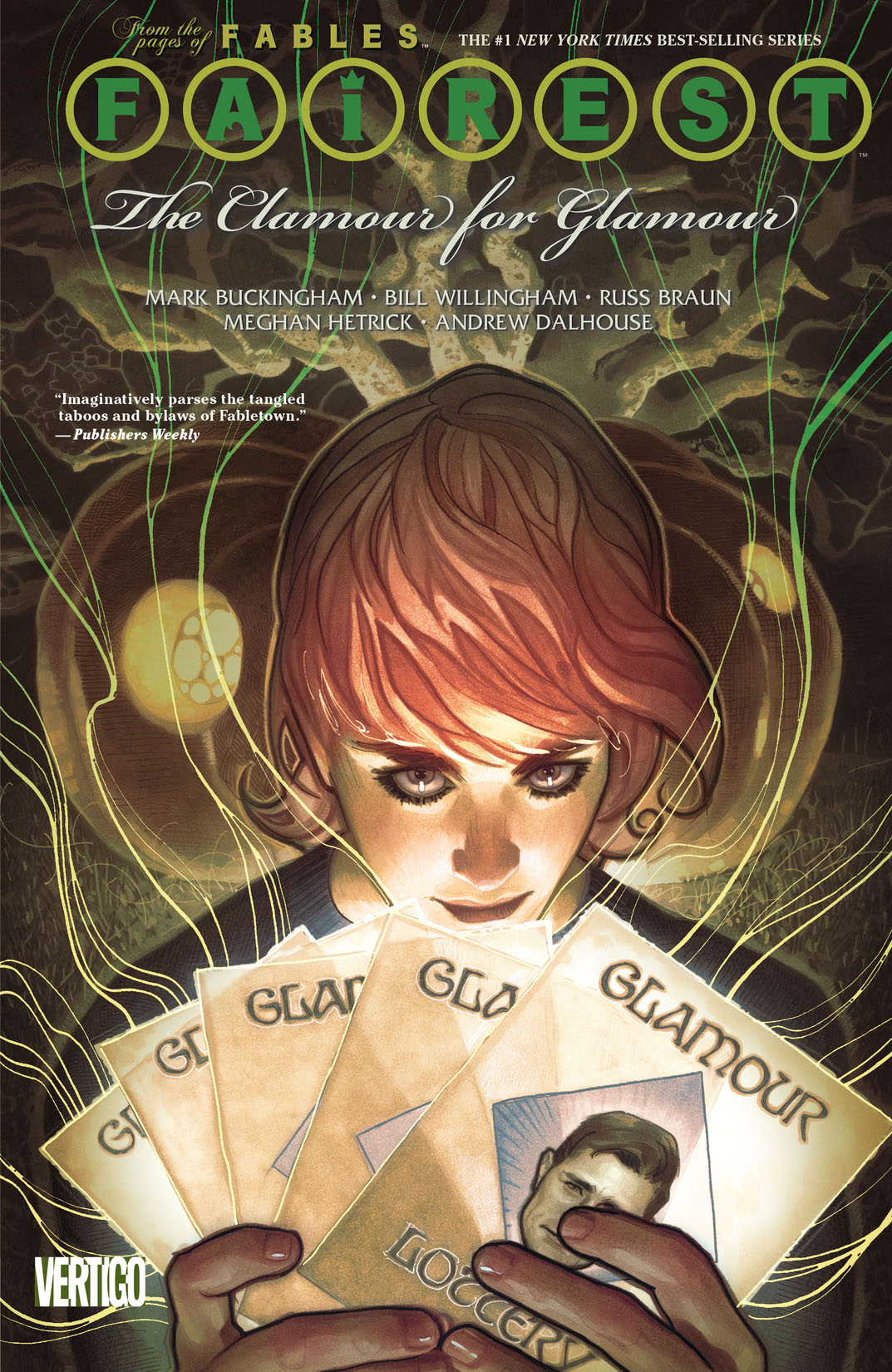 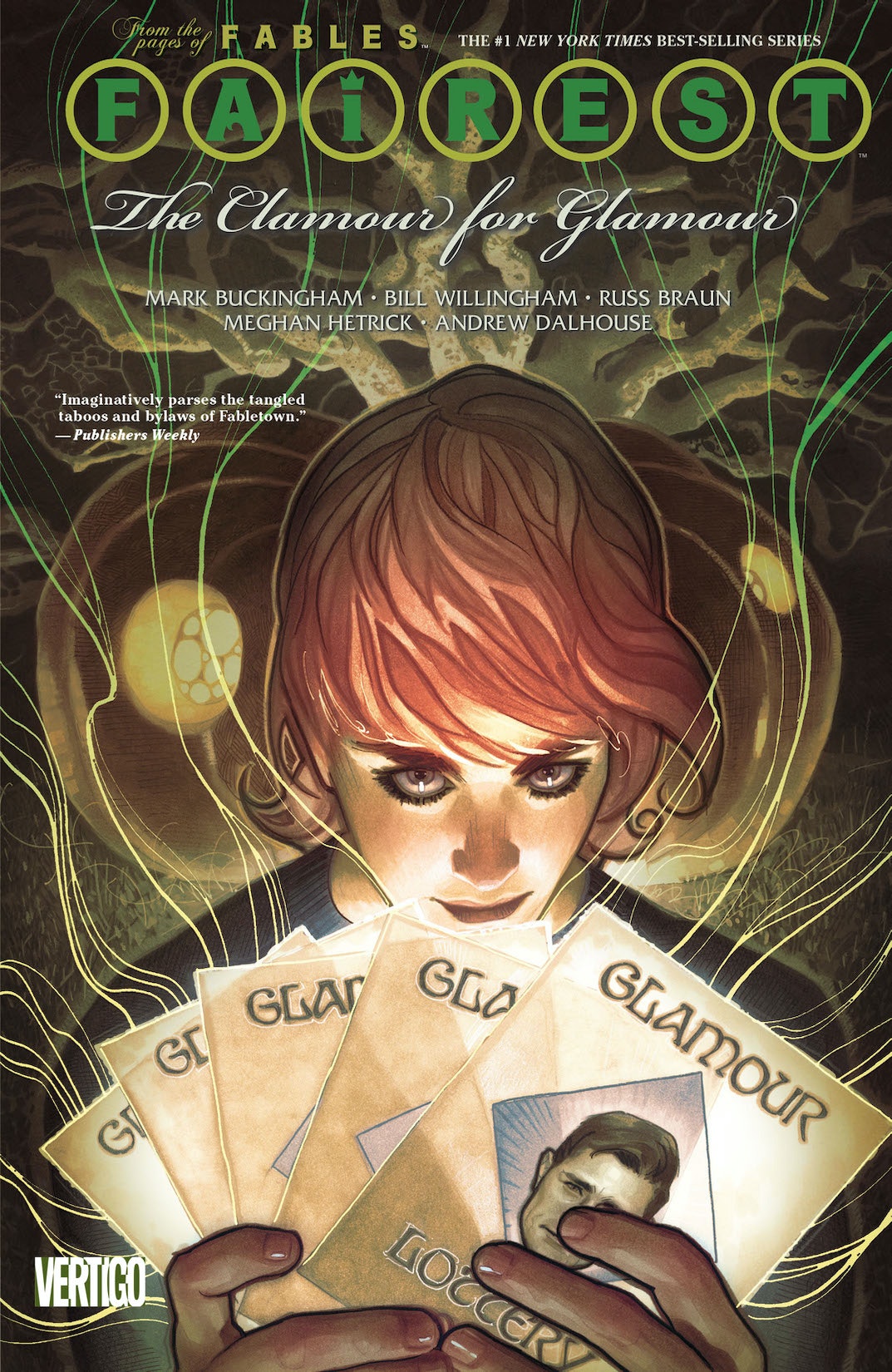 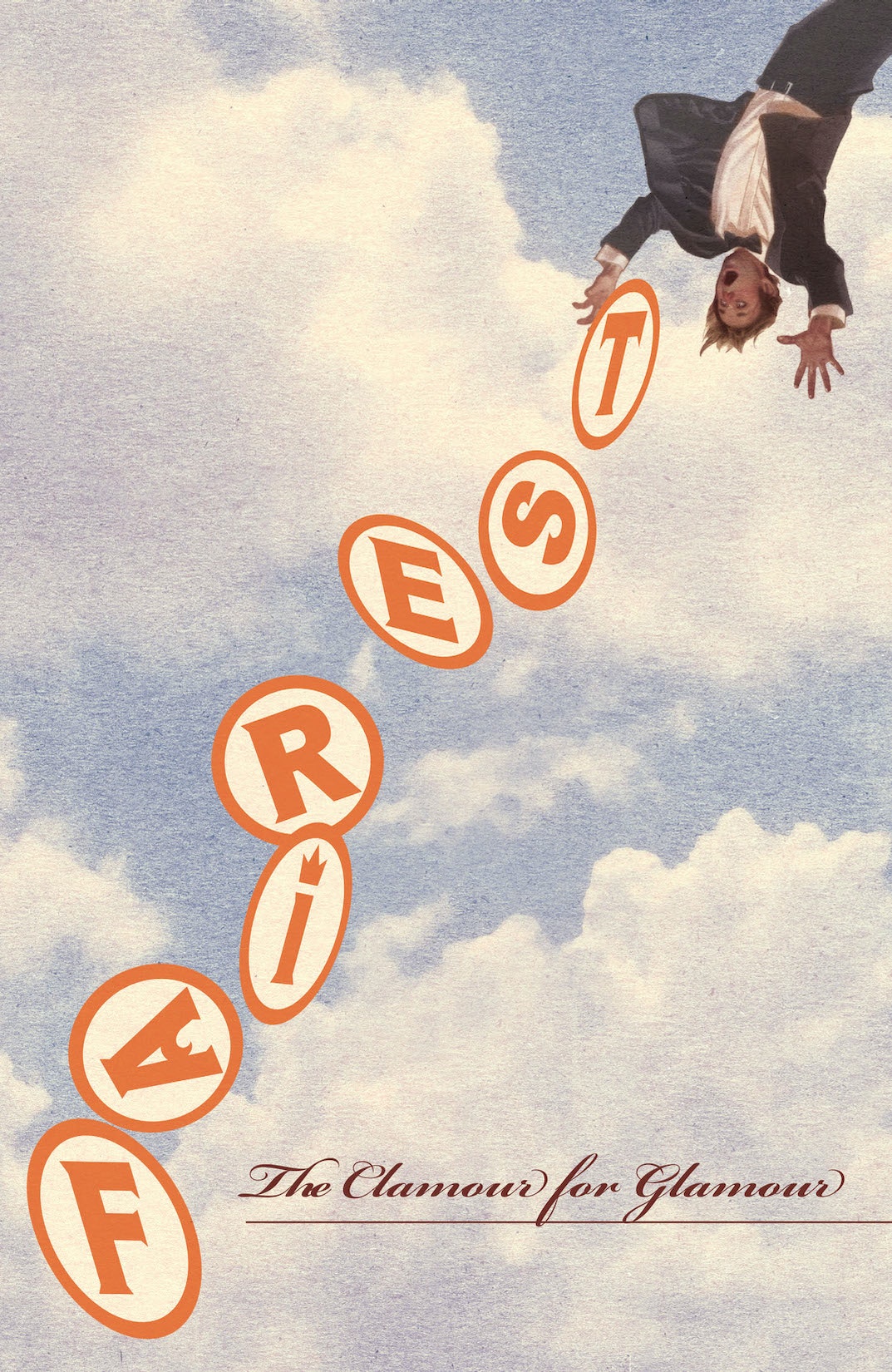 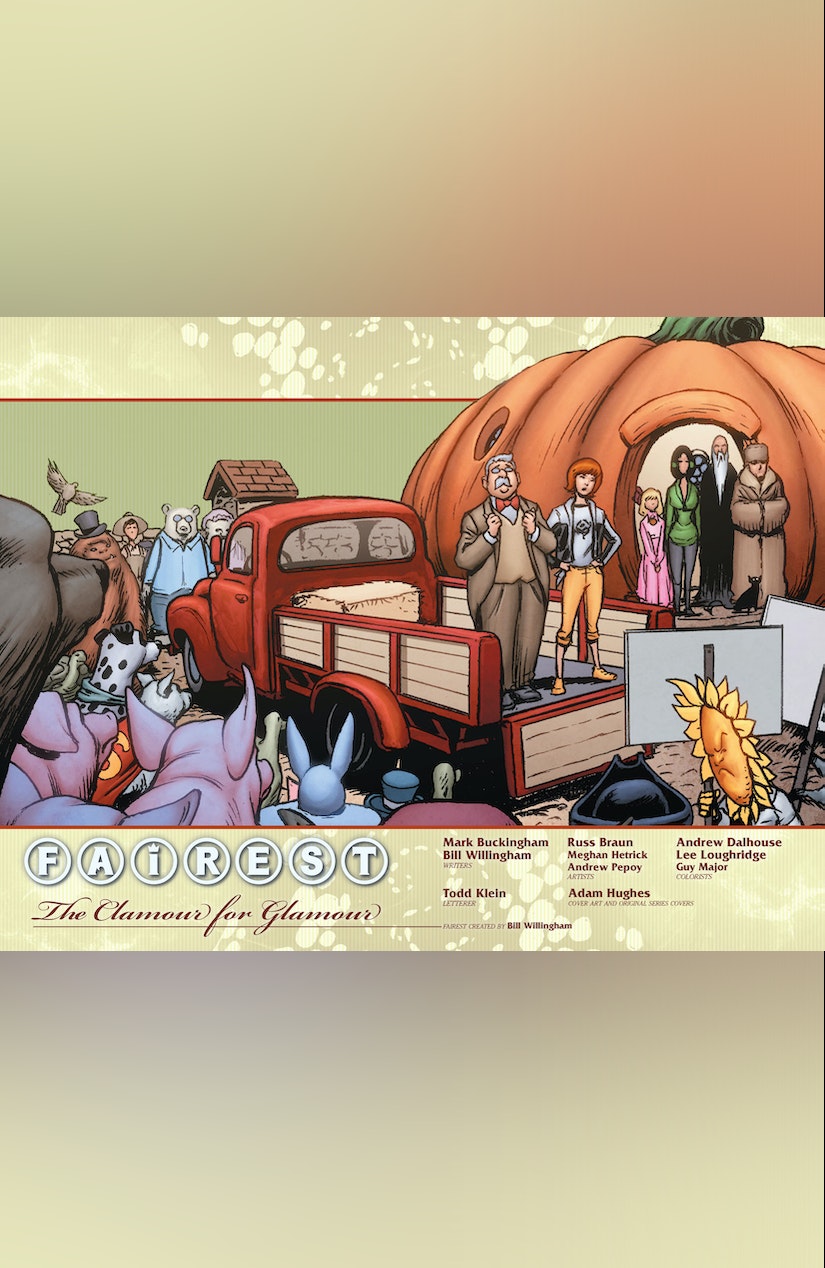 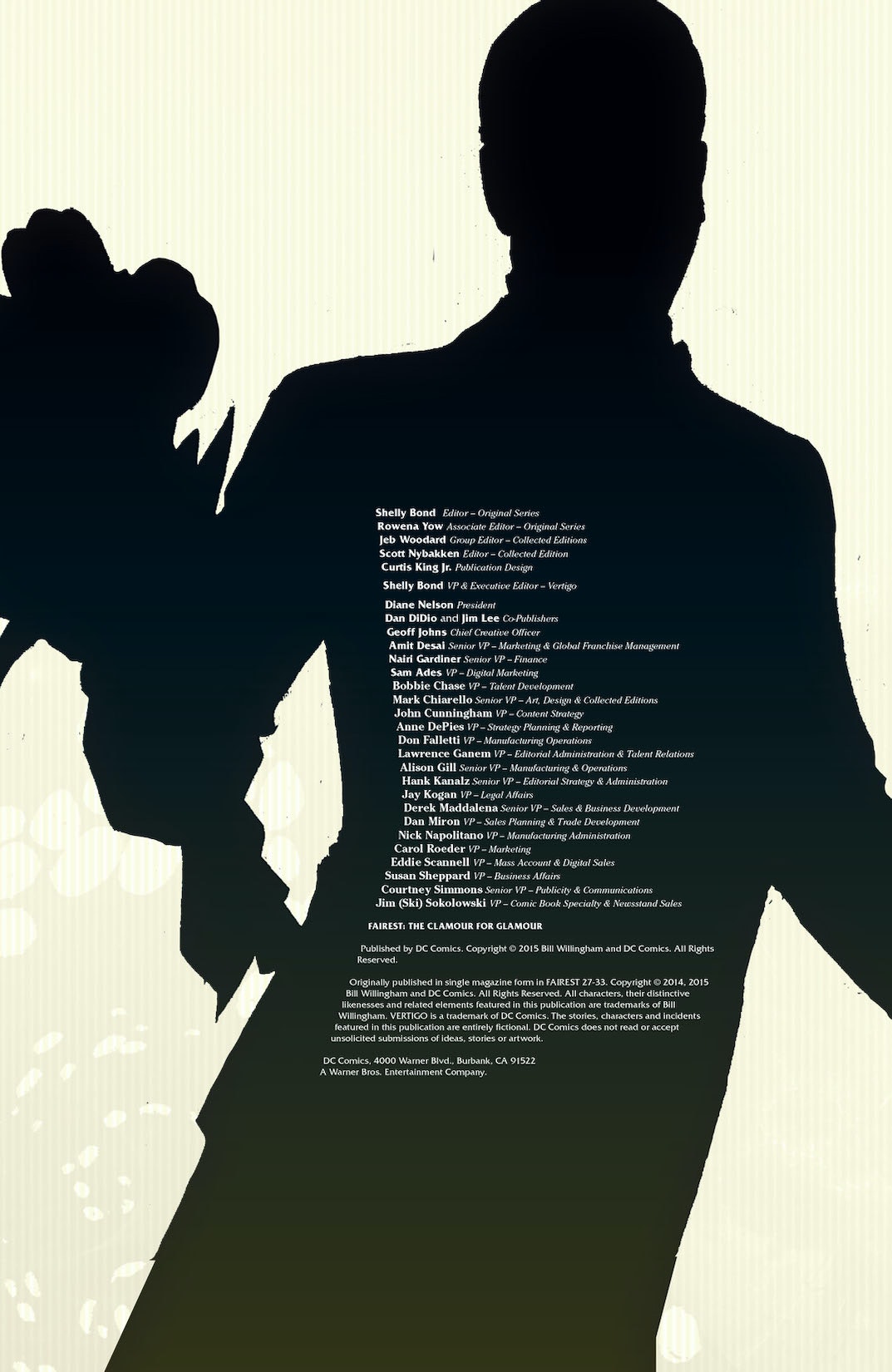 Fairest Vol. 5: The Clamour for Glamour

Fairest Vol. 5: The Clamour for Glamour

The final volume of this most elegant of FABLES spin-offs is here! Rose Red reigns over a New Camelot, while Snow White hunts for the soul of her slain husband, Bigby Wolf. Yes, it’s a wild time for the Fables...the ones who look human, that is. Their four-legged, furry, finned, feathered and flowery fellows, however, are all stuck twiddling their appendages on the Farm—a fate that stinks worse than fertilizer. All except Reynard, of course. That wily fox has finagled his way into Rose Red’s service as one of New Camelot’s knights, complete with a glamour—a magic spell that enables him to take on human form at will. His tall tales of derring-do might be a lot of hot air, but they’re sparking a small-scale rebellion on the Farm as the cooped-up inhabitants agitate for glamours of their own. The answer can be found in THE CLAMOUR FOR GLAMOUR—collecting FAIREST #27-33 and lovingly crafted by Mark Buckingham, Bill Willingham, Russ Braun and Meghan Hetrick!