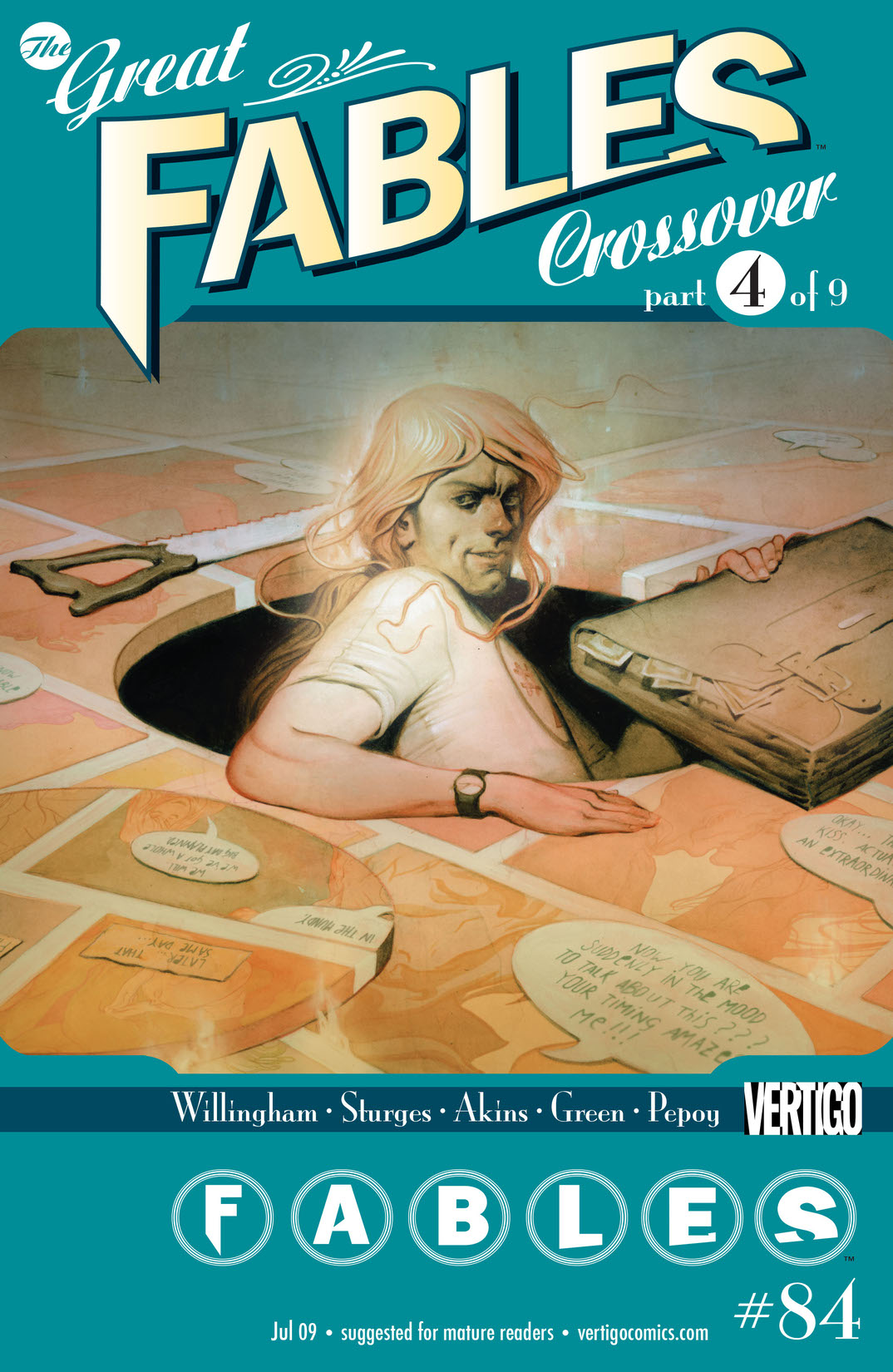 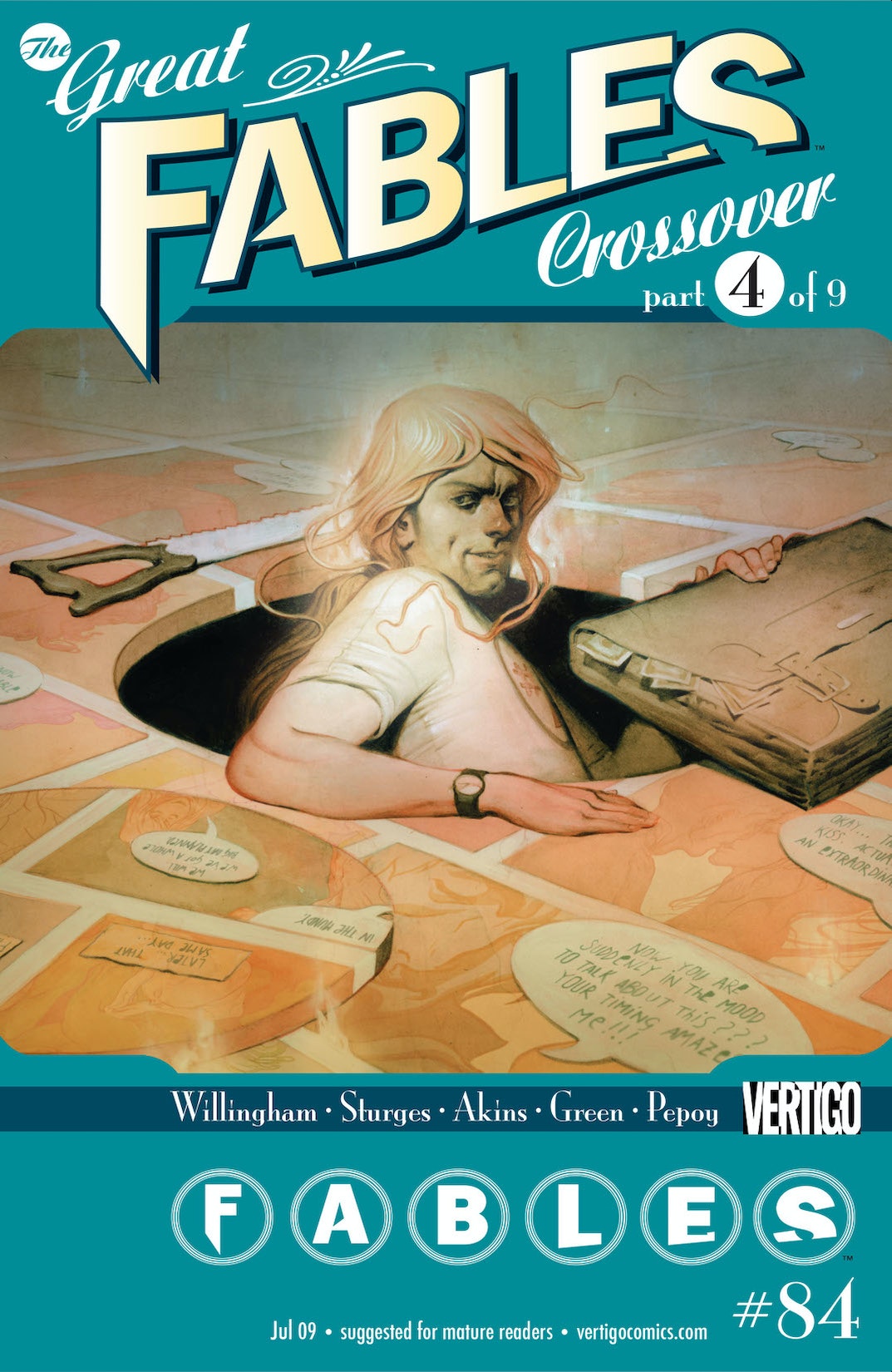 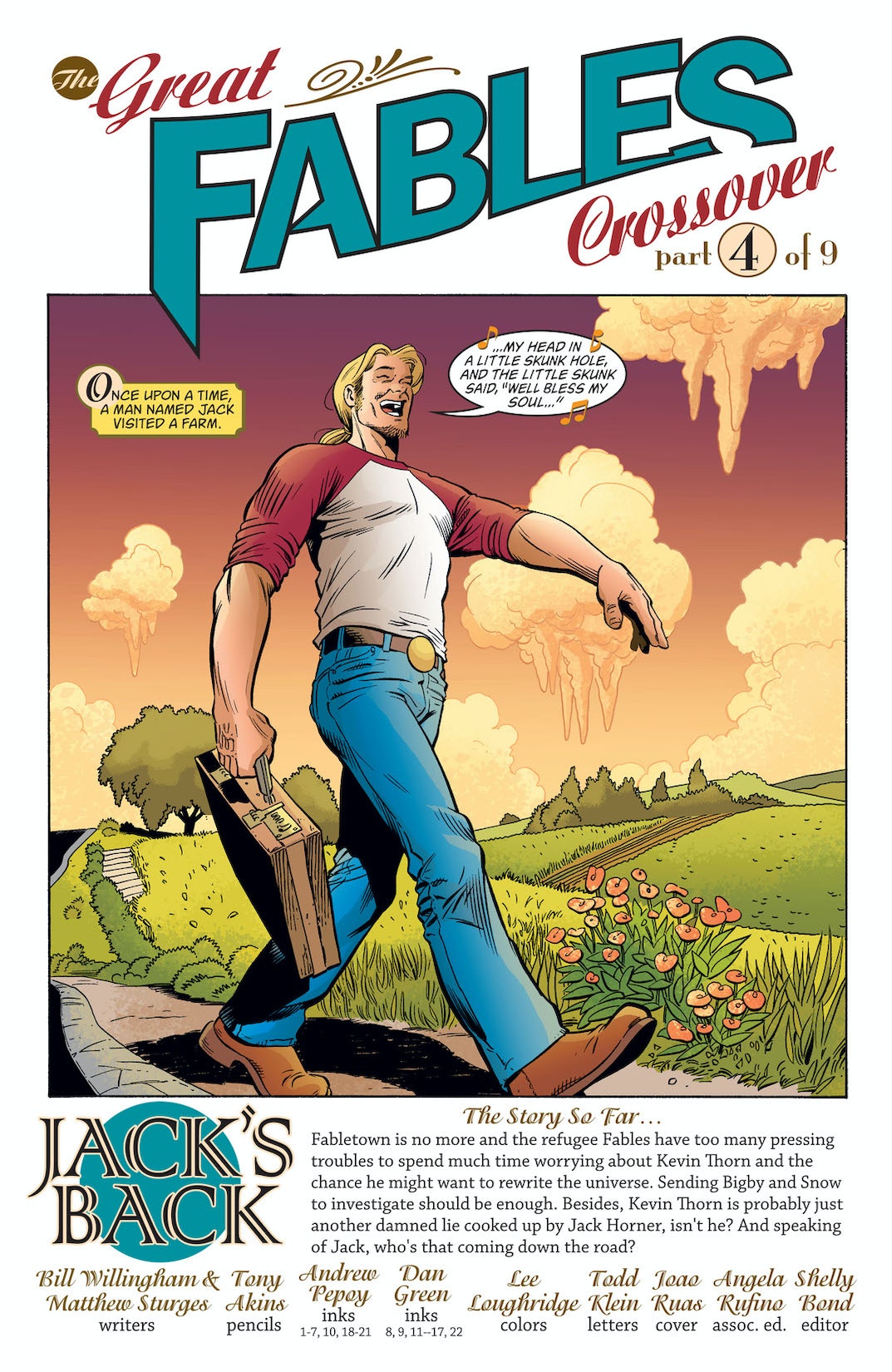 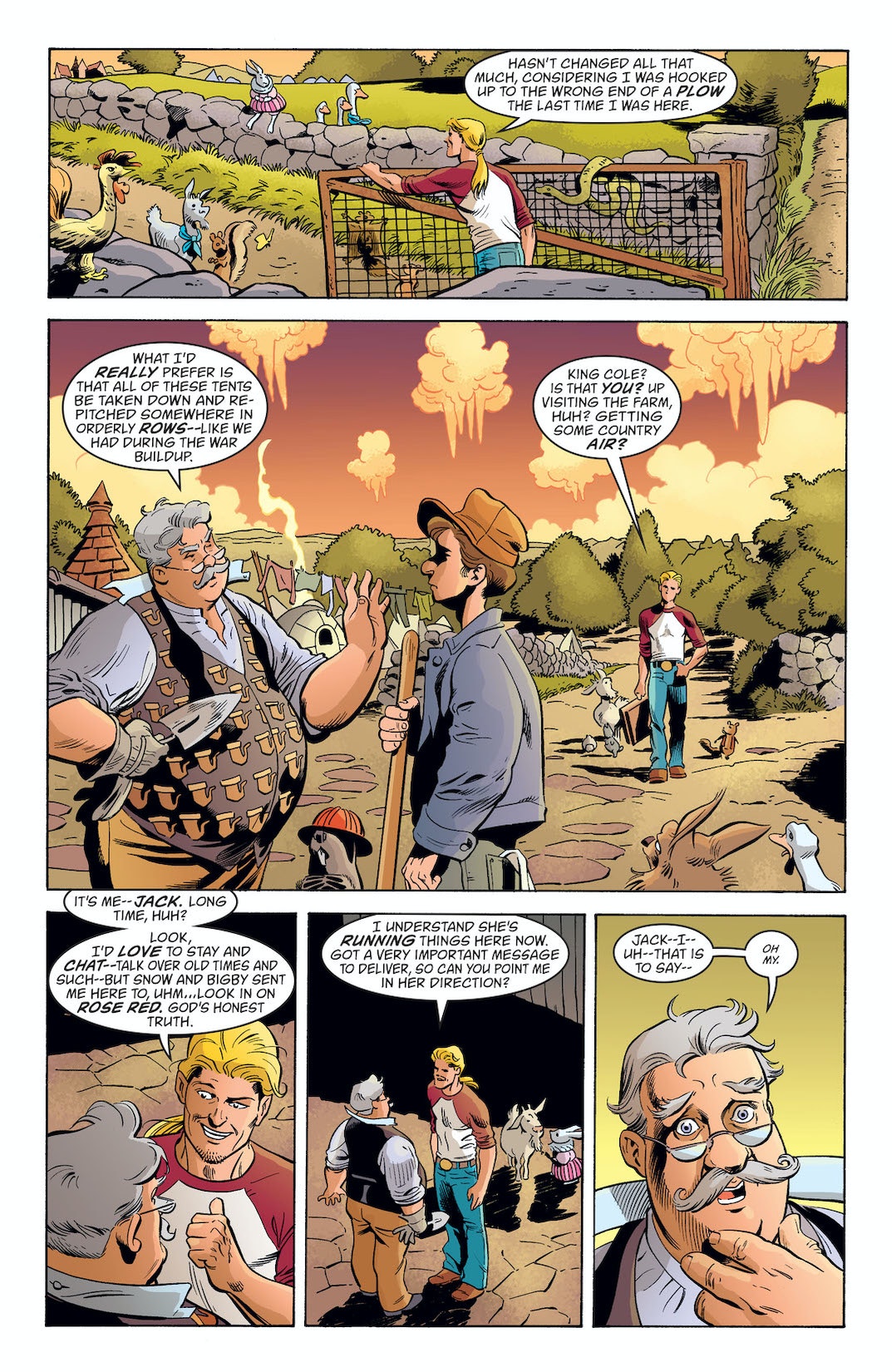 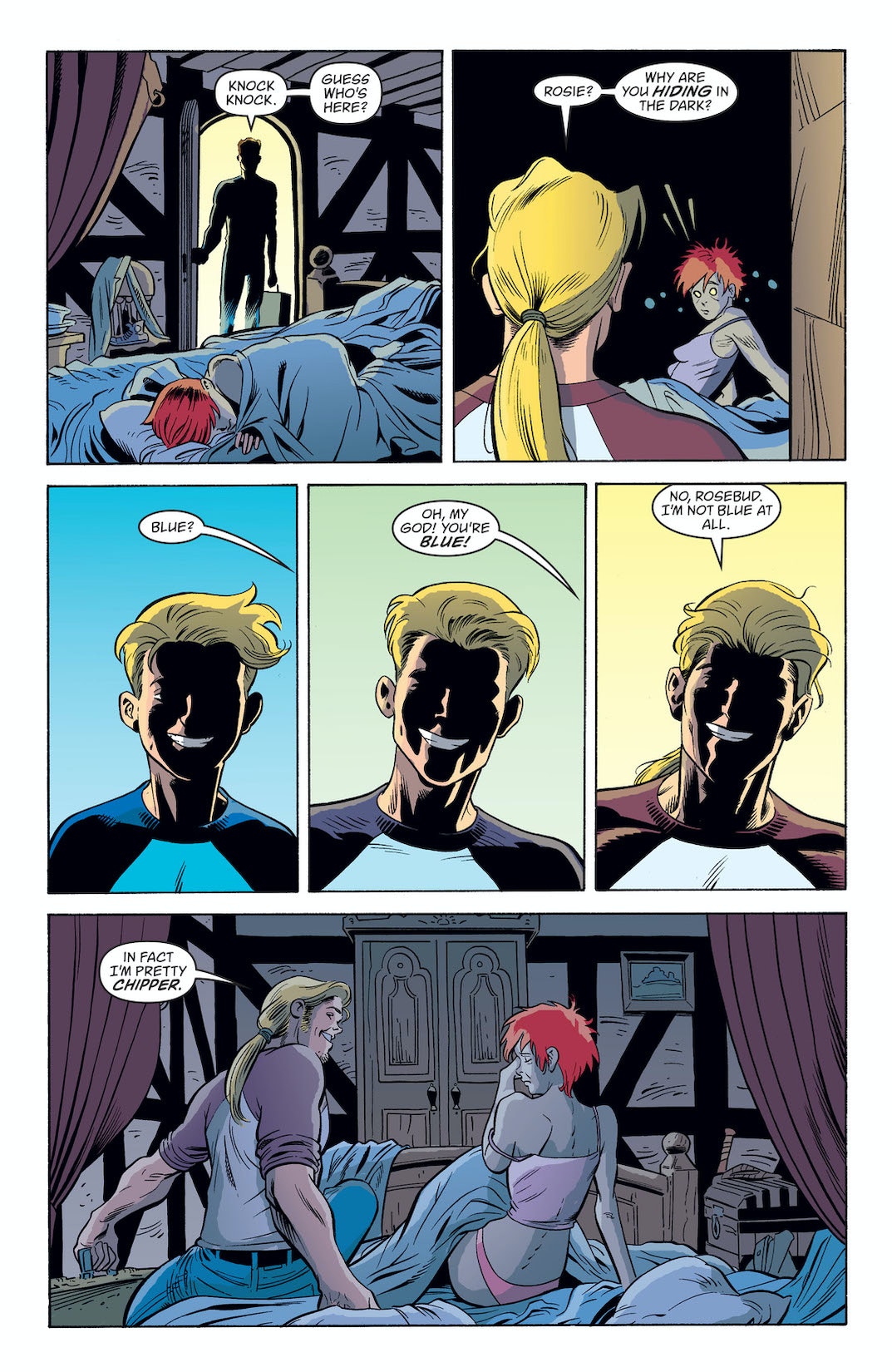 The Great Fables Crossover' part 4, continued from LITERALS #1. Jack tries to pick up his on-again off-again romance with Rose Red when she's at her most vulnerable. Meanwhile, Kevin Thorn is still safely ensconced in his writing retreat and about to rewrite the entire universe! Continued in JACK OF FABLES #34.