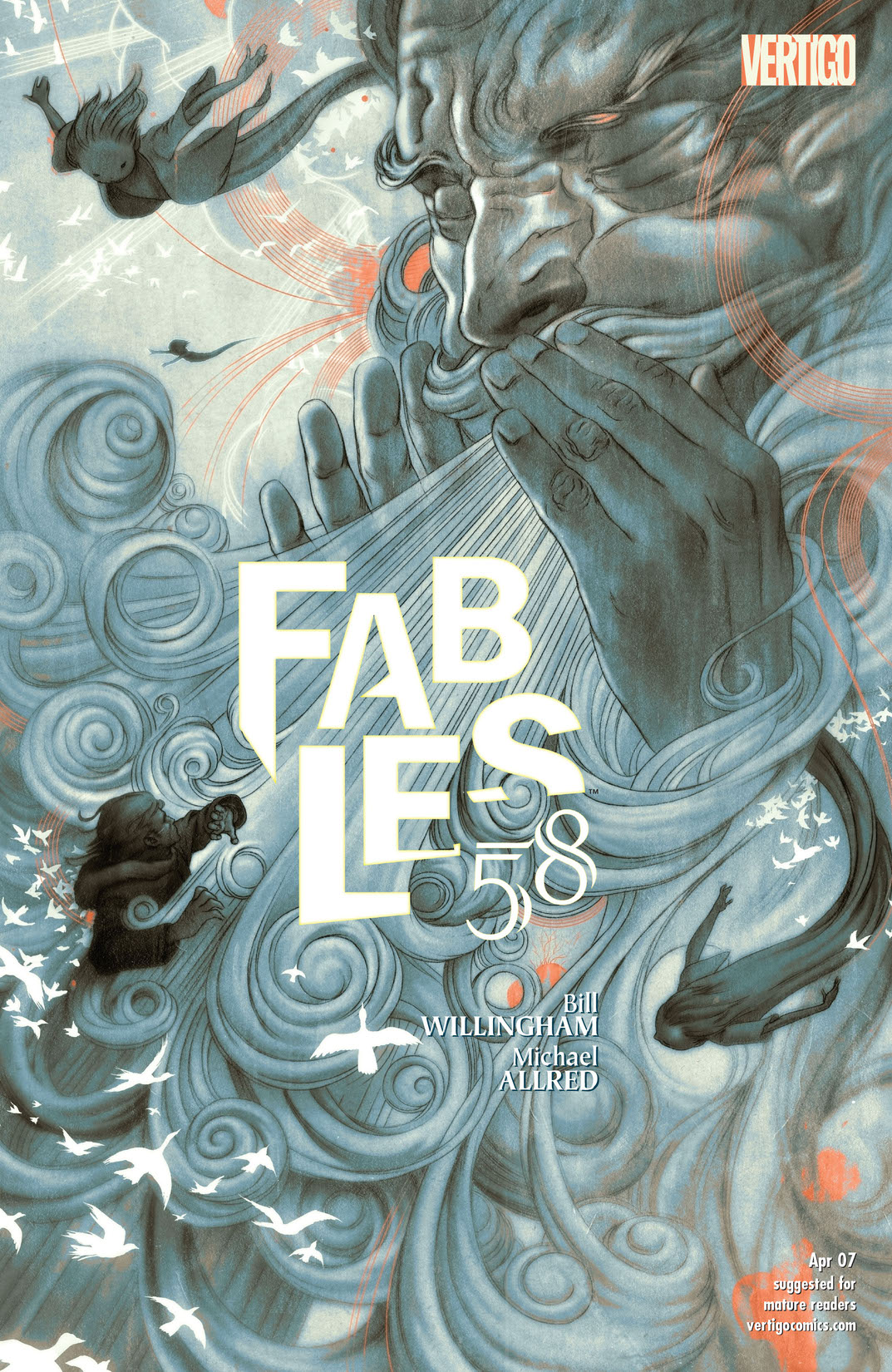 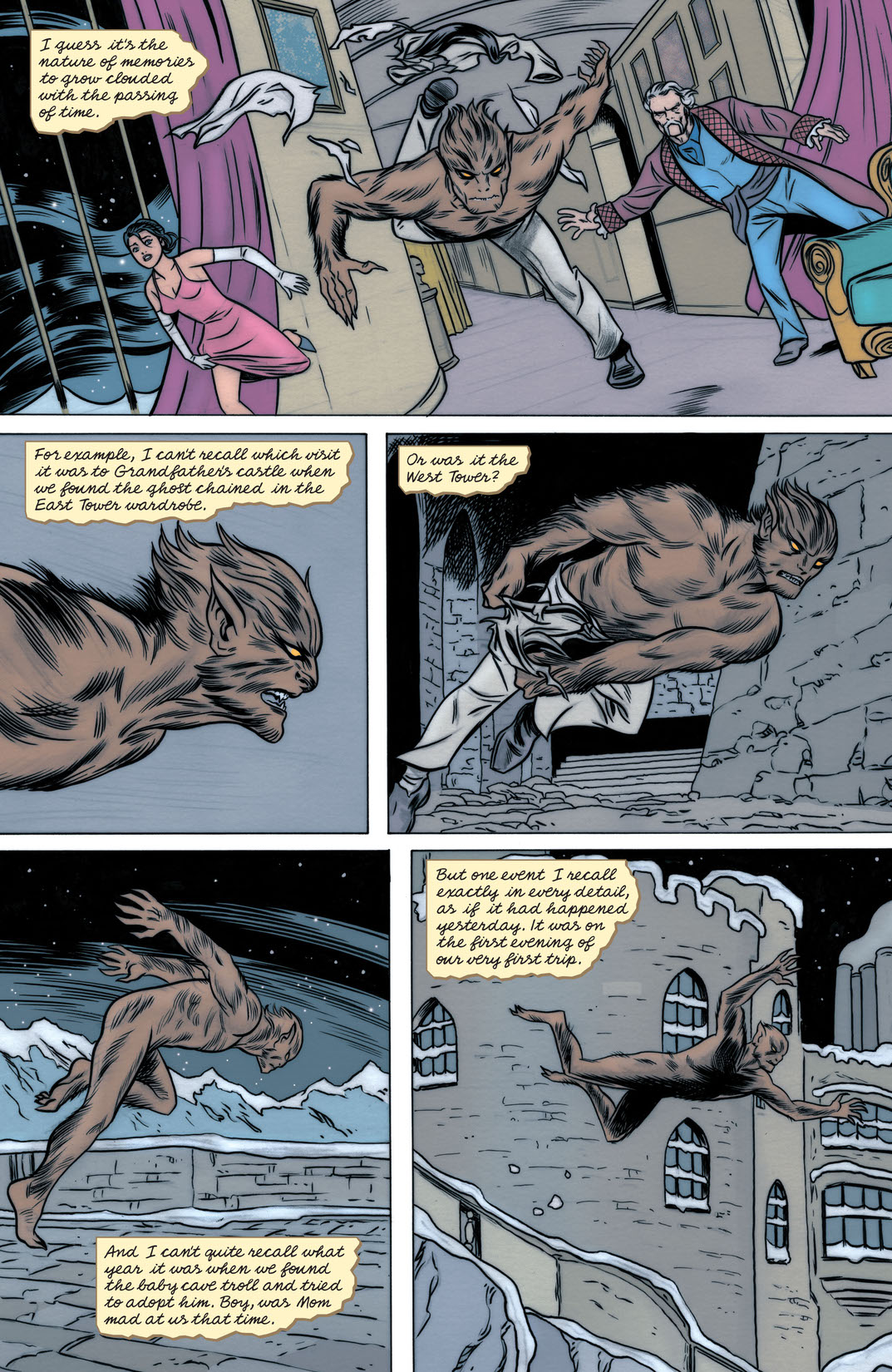 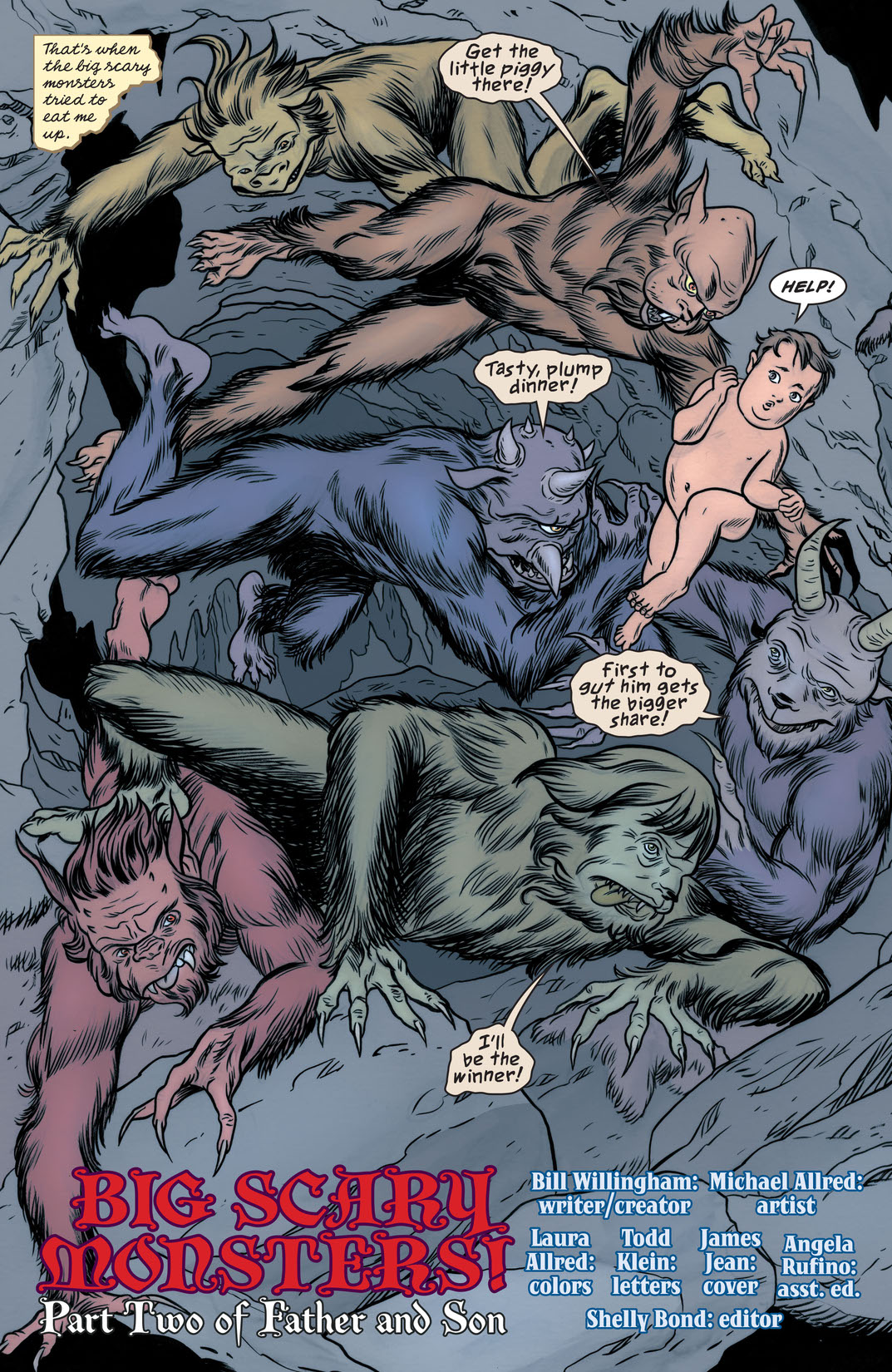 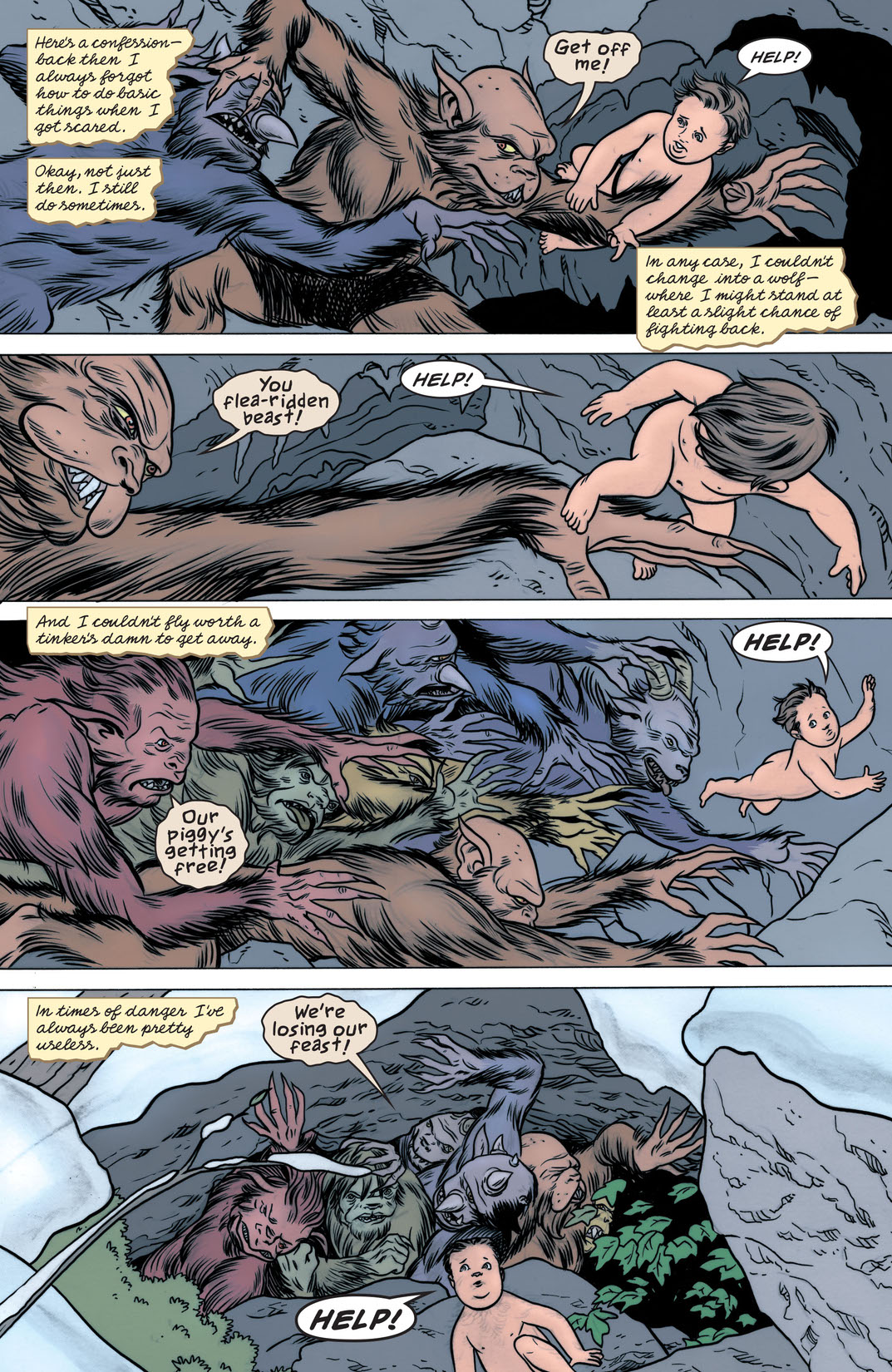 Concluding the 2-part 'Father and Son,' featuring phenomenal art by Mike Allred (Madman). Bigby, Snow and the entire flock of cubs are back in the homelands, visiting Bigby's dad at the North Wind's Keep. Snow has put her foot down, demanding that Bigby work out his differences with his father, so that the cubs can have their beloved granddad back in their lives. But some sins aren't easy to forgive.