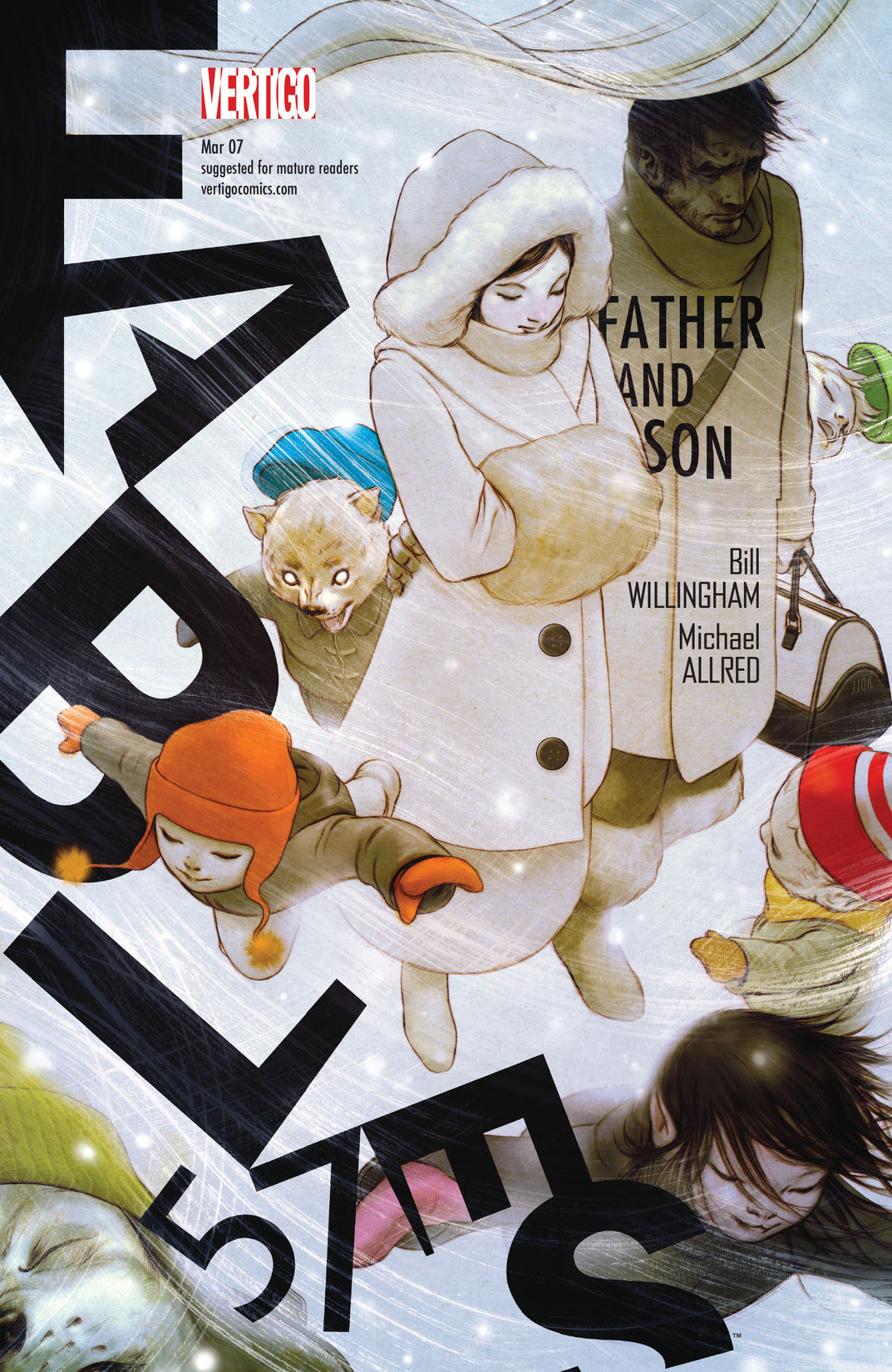 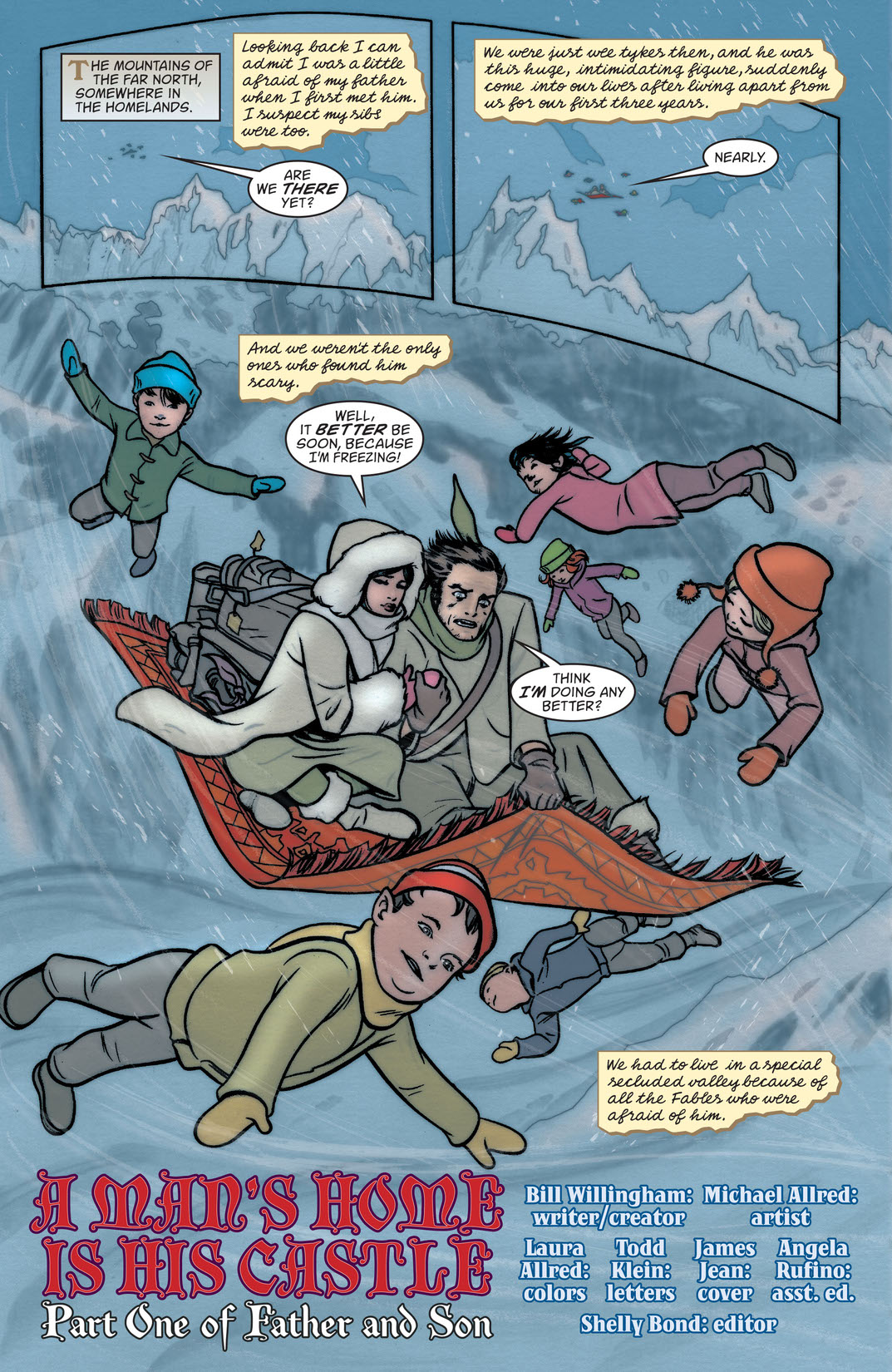 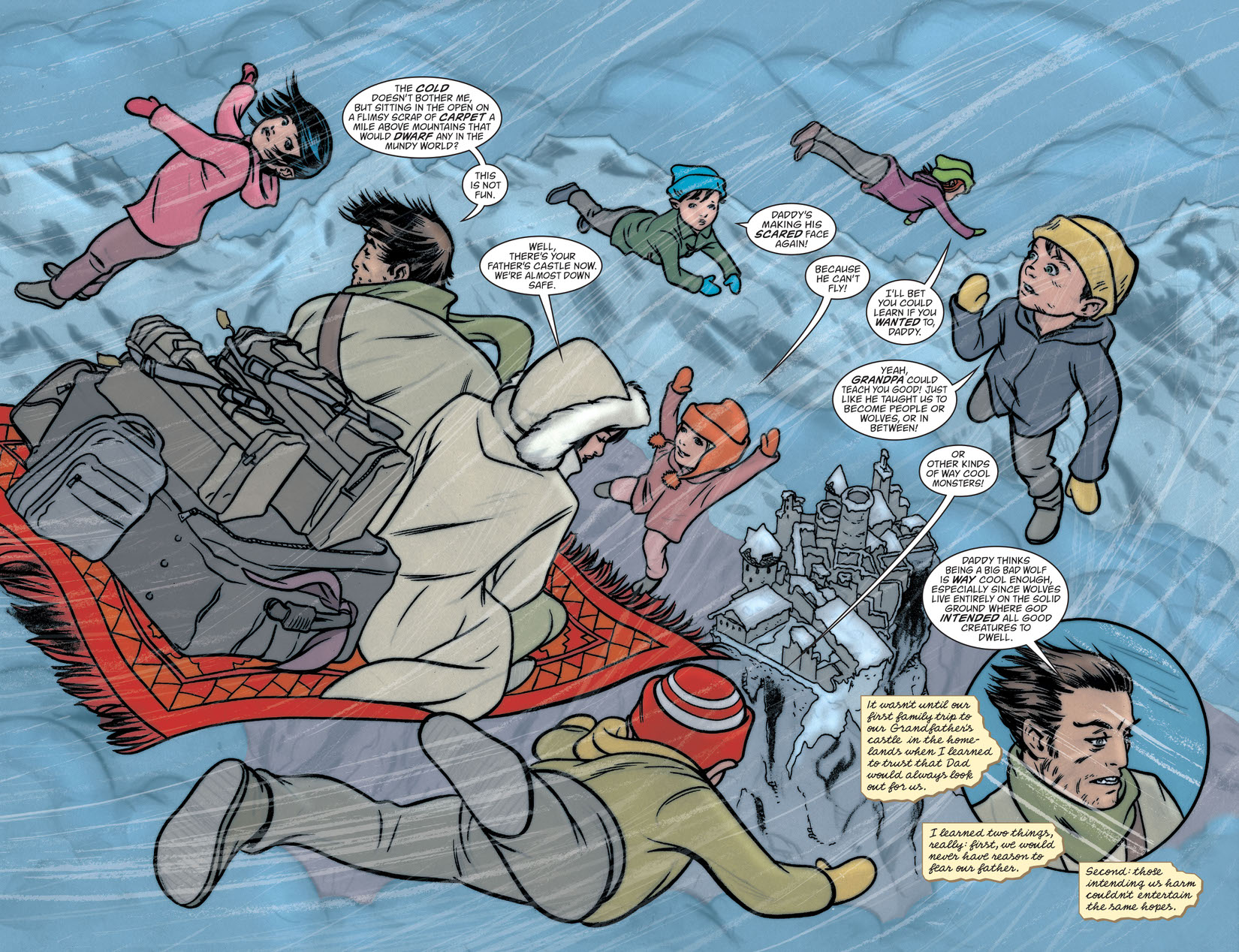 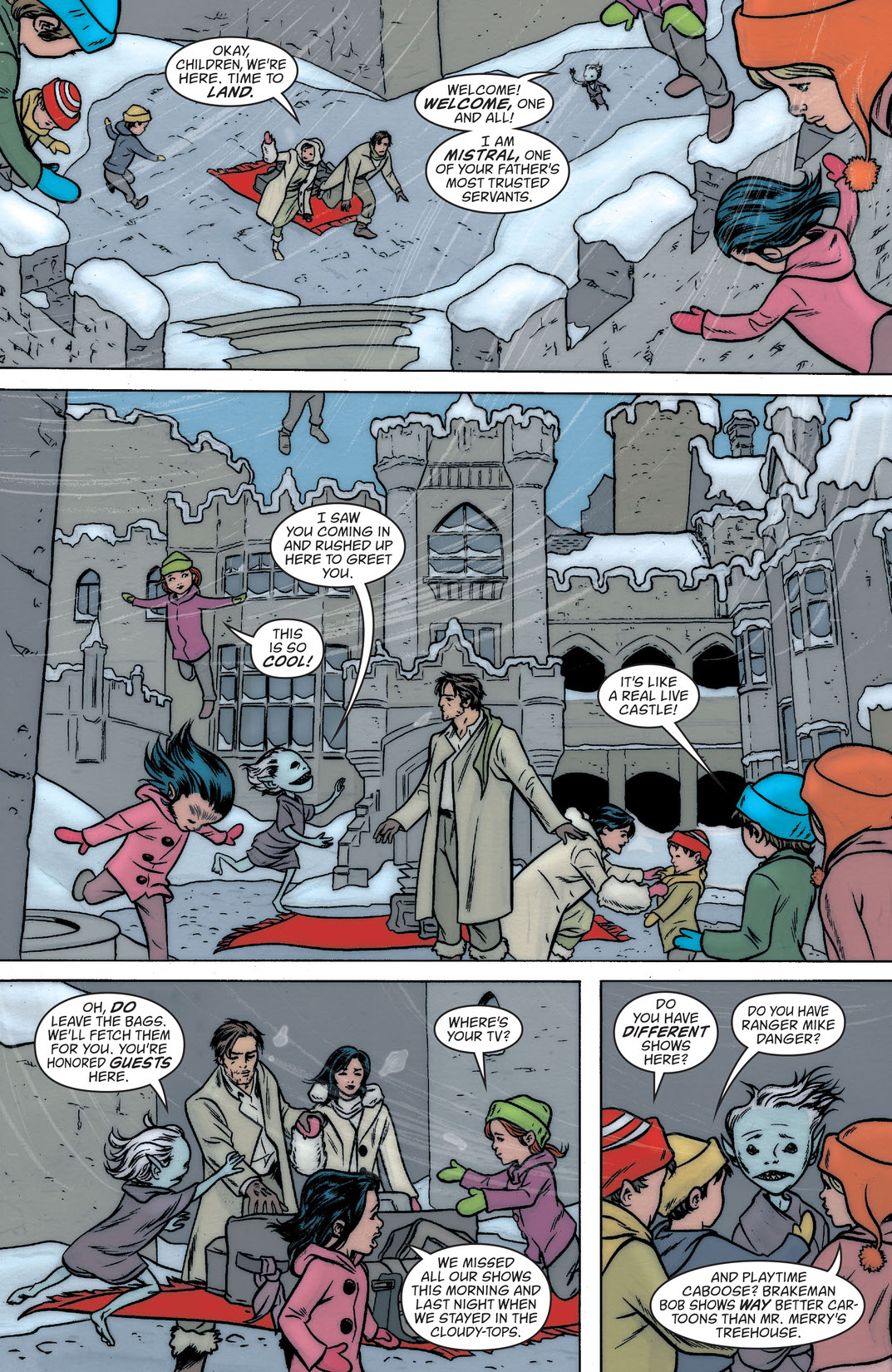 Part 1 of the 2-part 'Father and Son,' featuring phenomenal art by Mike Allred (Madman). As tensions continue to heat up between Fabletown and the Empire, Bigby reluctantly decides it's finally time to square accounts with his long-estranged father, the North Wind. Bigby may not like him, but since he is the grandfather of his cubs, who seem to adore the old man, a trip home seems to be in order. So Snow and Bigby and all six (seven?) kids make the journey to the North Wind's keep.