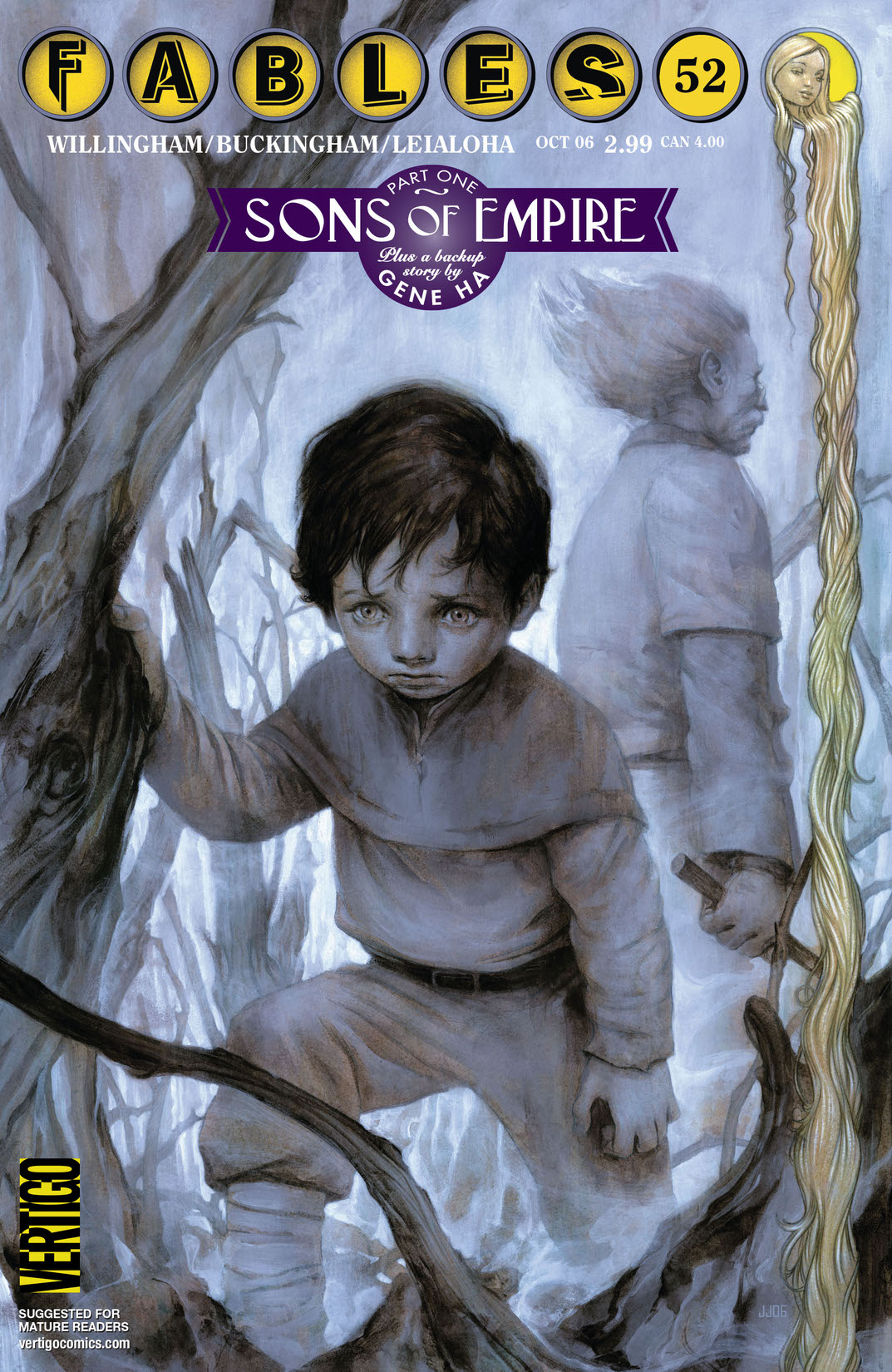 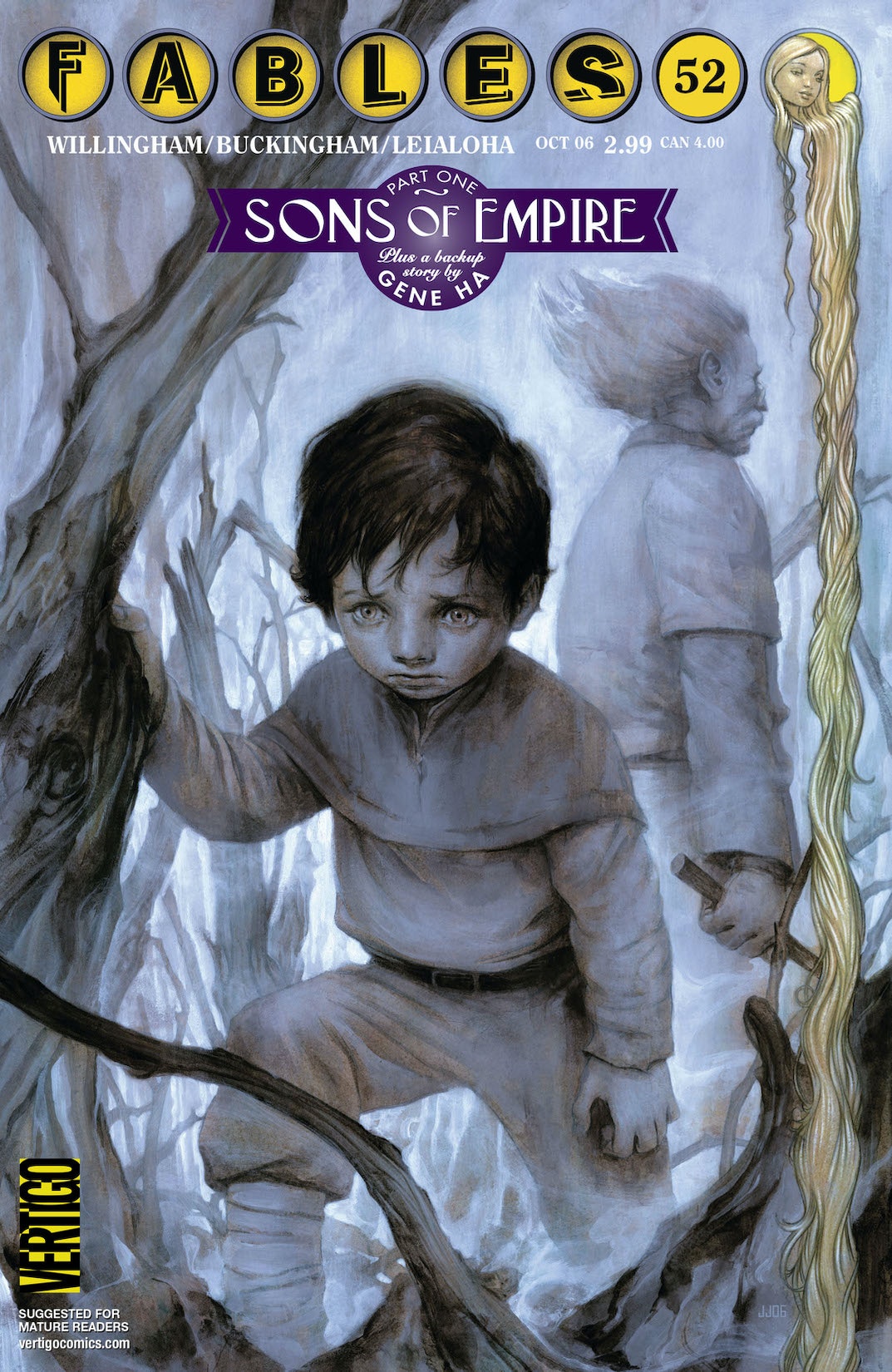 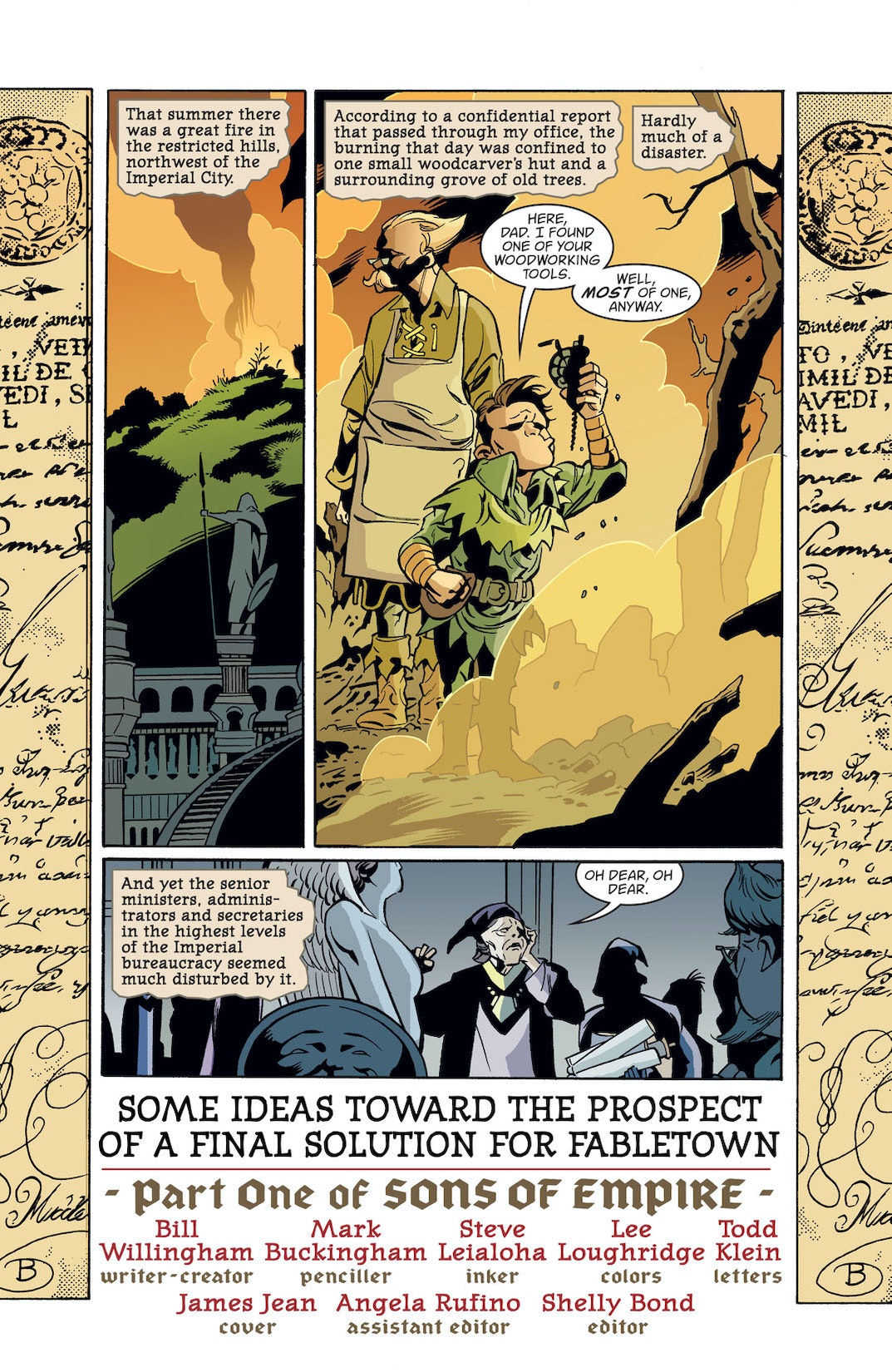 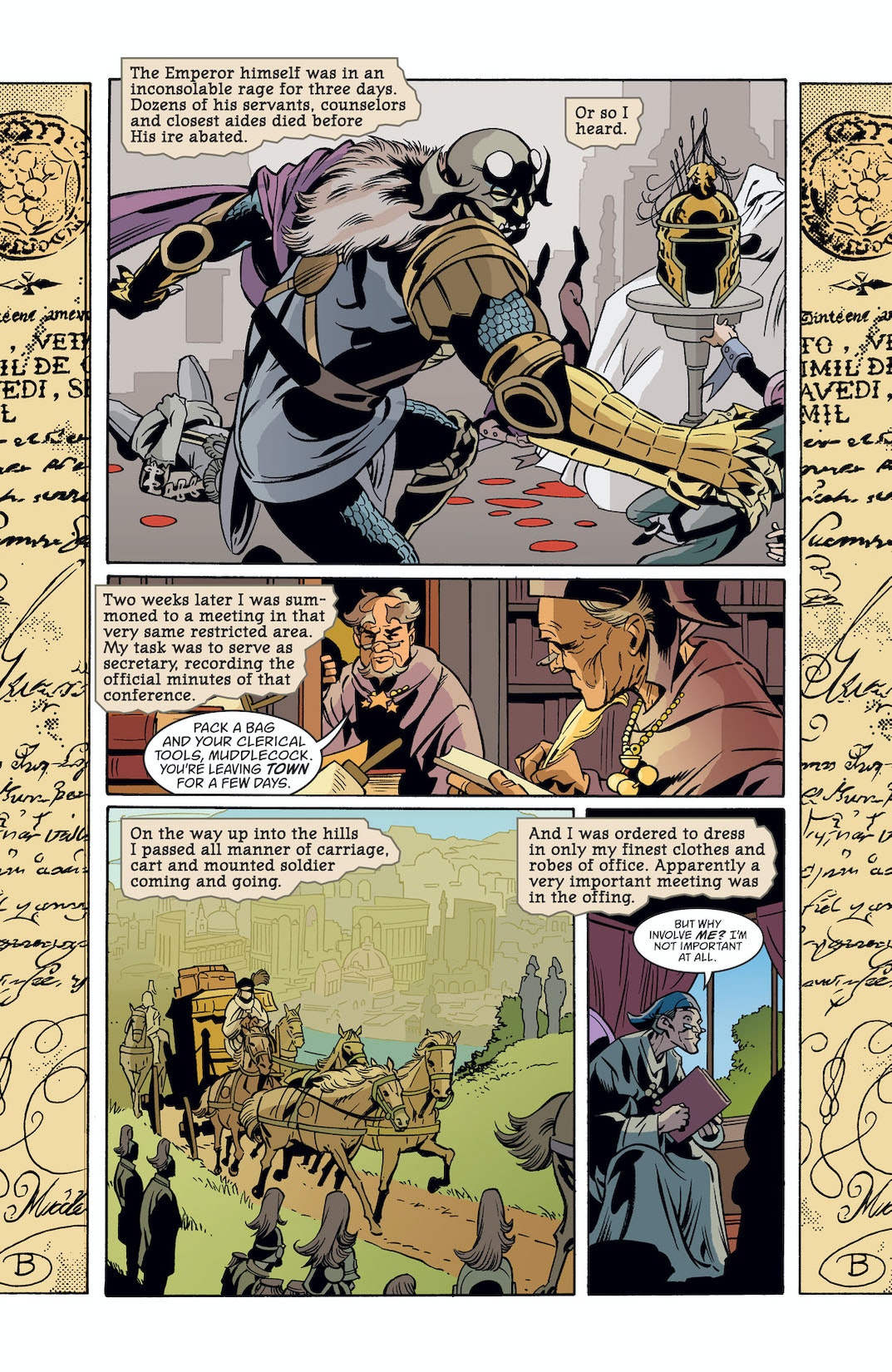 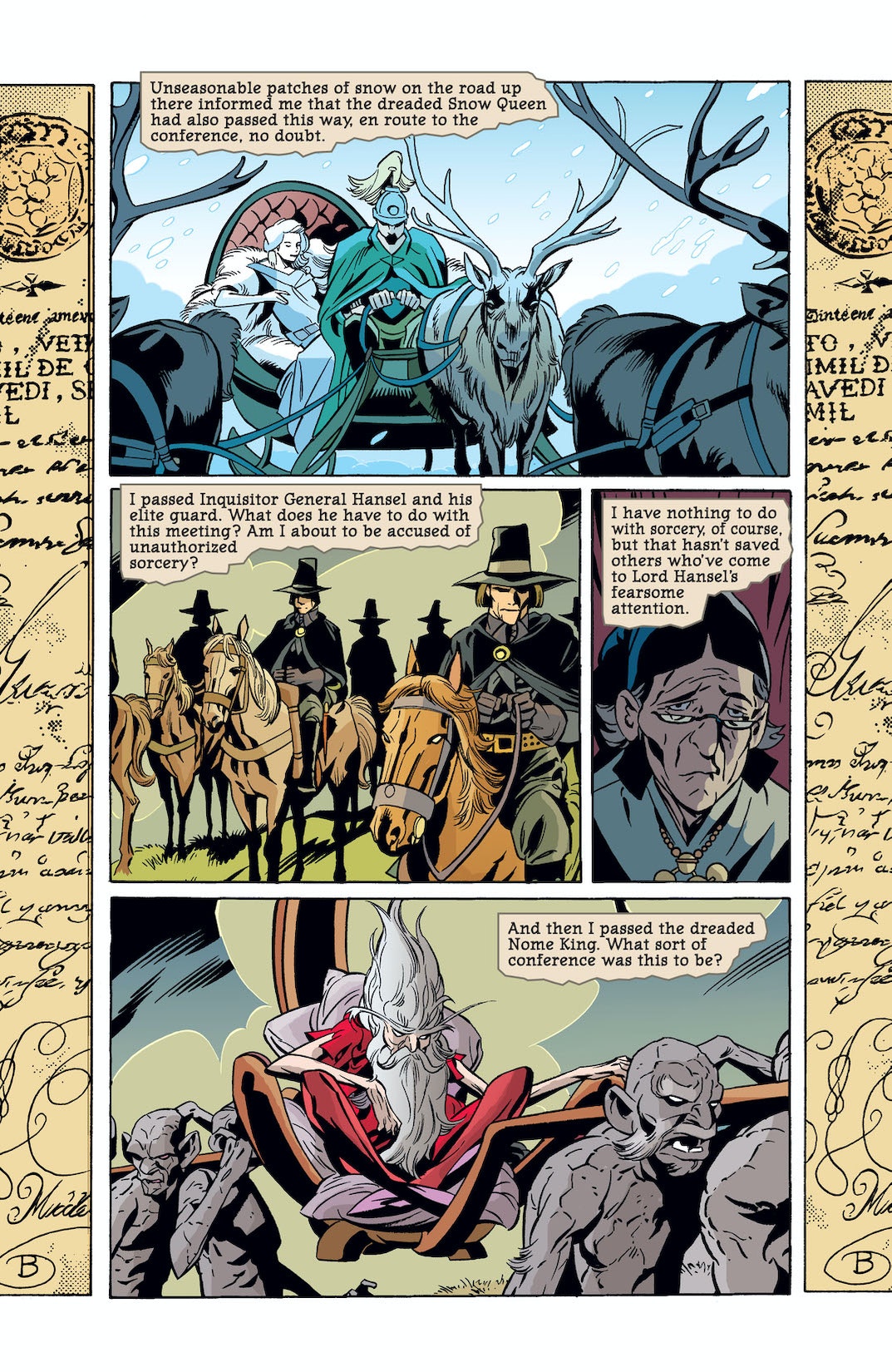 Part 1 of the new 4-part story 'Sons of the Empire.' What's it like being the firstborn son of a bloodthirsty emperor whose empire encompasses more than a thousand kingdoms, scattered over a hundred worlds? Poor little Pinocchio is suffering seriously divided loyalties between his father, the Adversary, and his fellow Fable refugees in the Mundy world. What does he do while his father hosts a secret conference of the imperial elite to decide the ultimate fate of Fabletown? Plus, this issue contains the first of four short self-contained backup stories featuring Rapunzel.