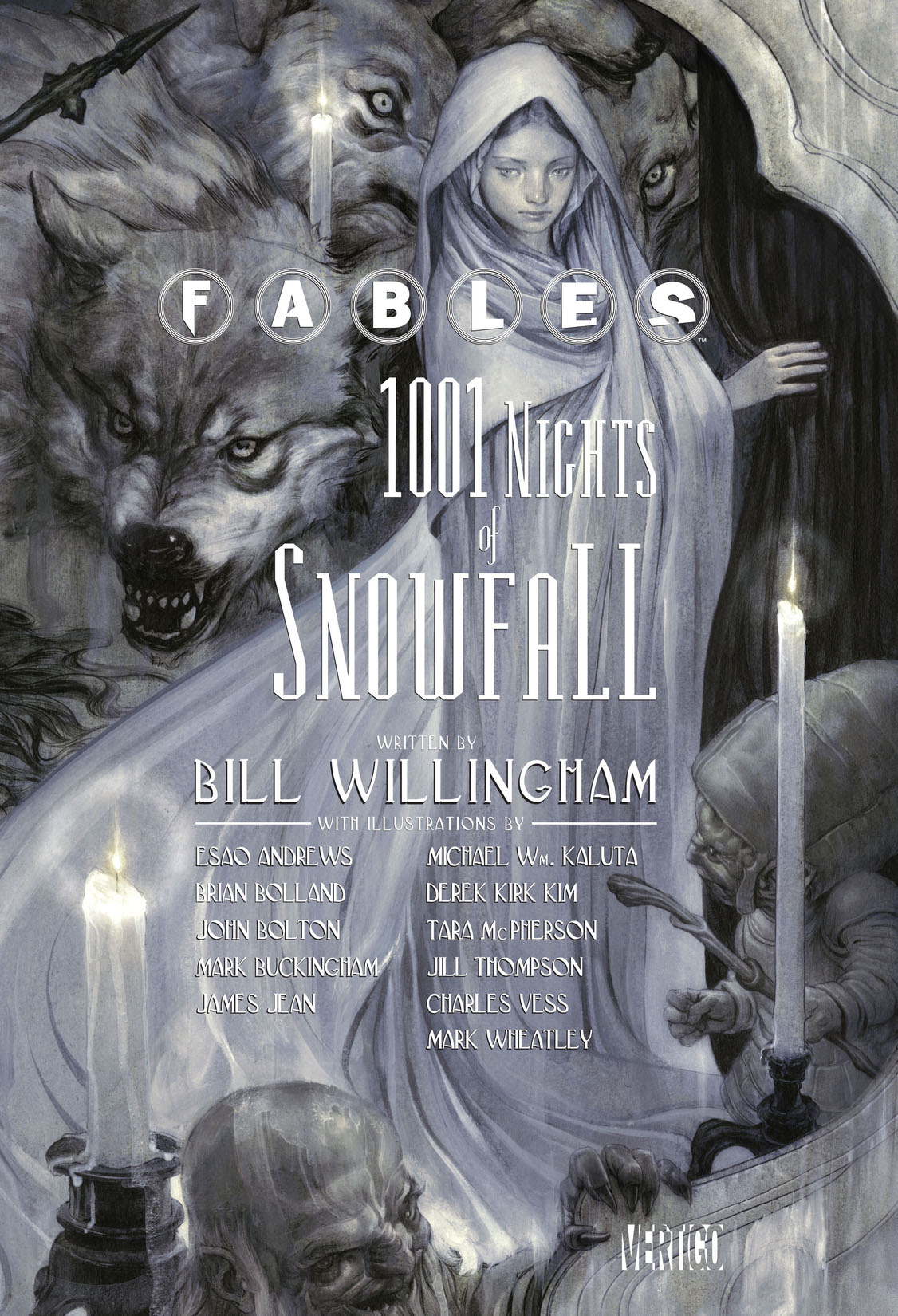 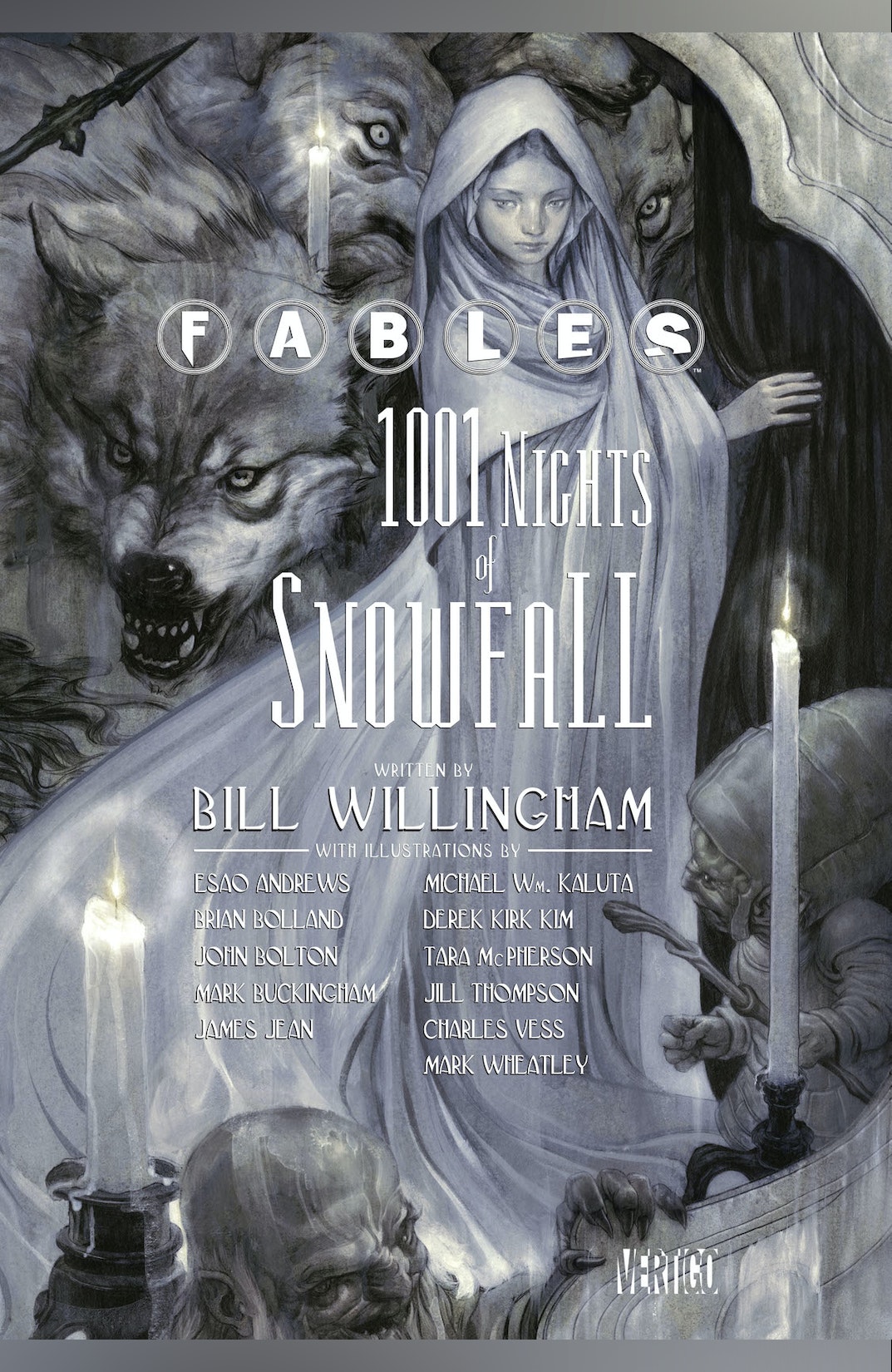 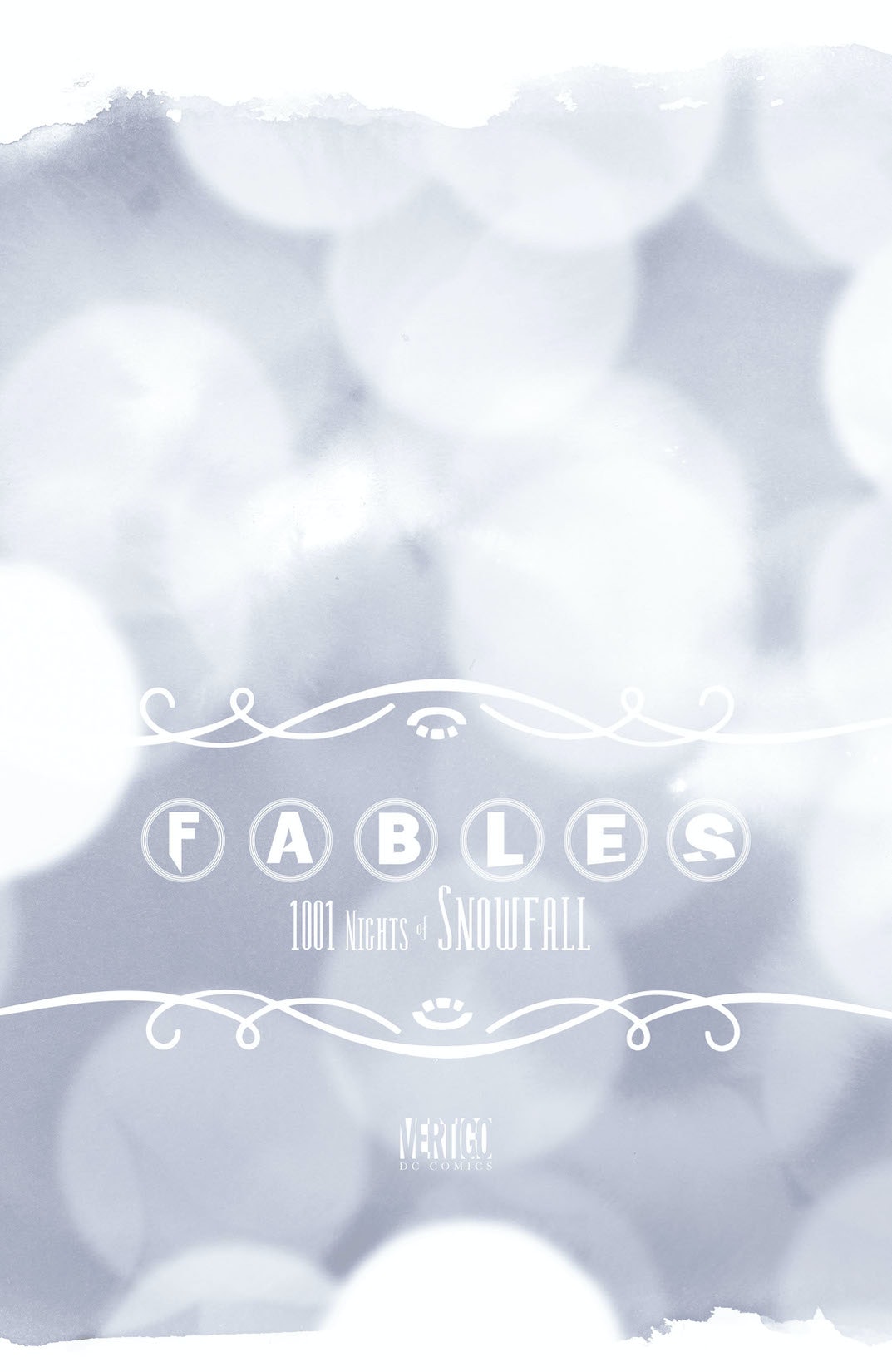 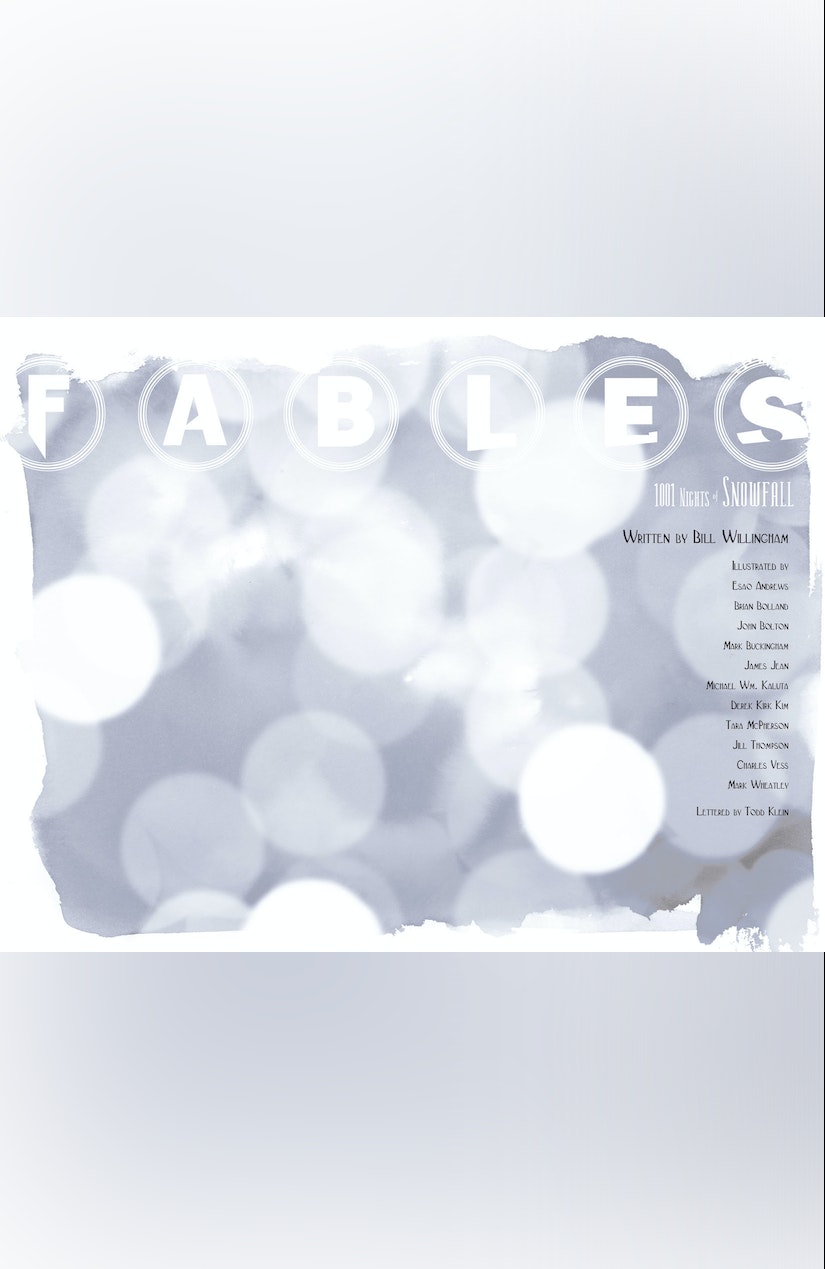 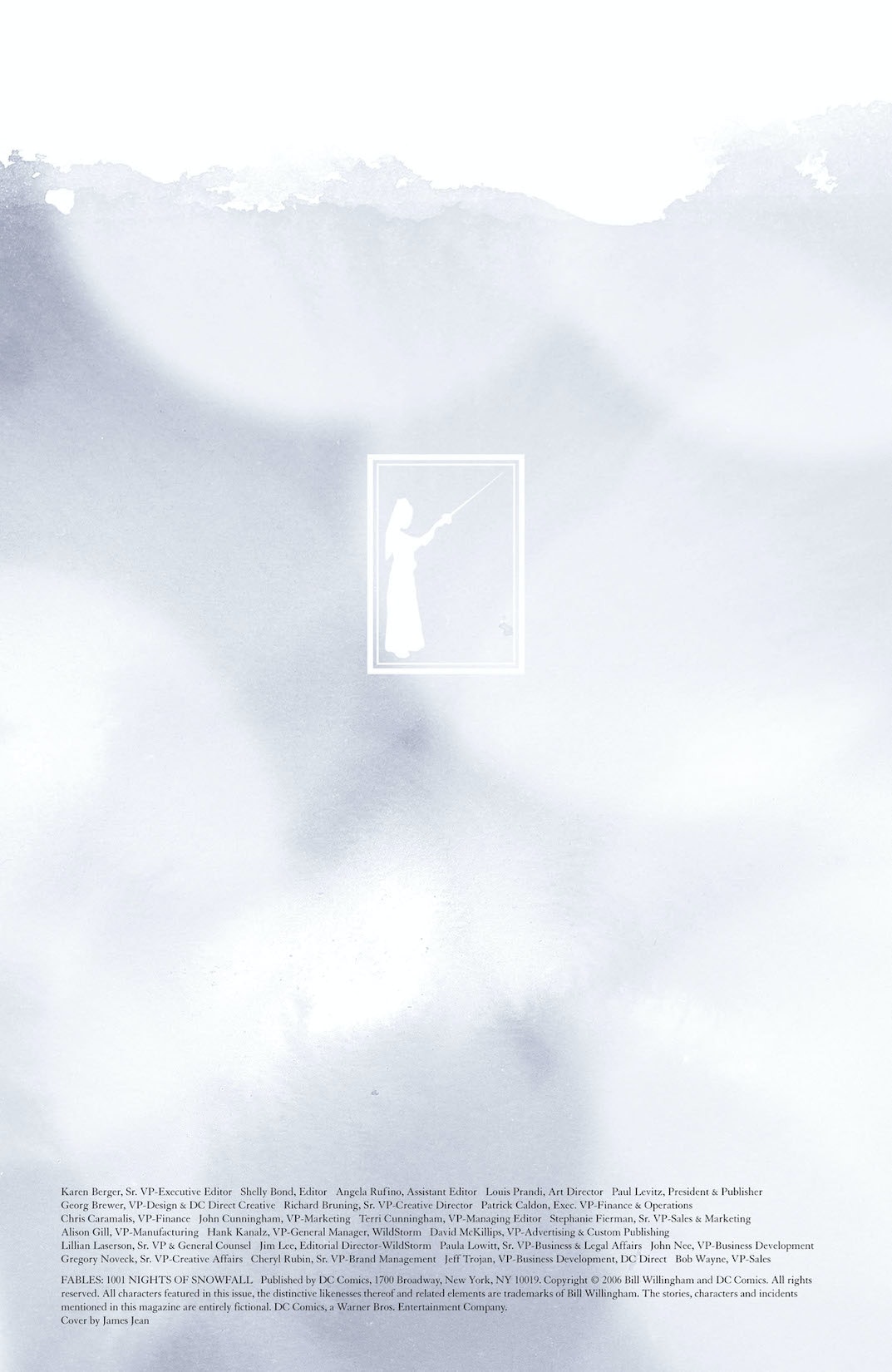 1001 NIGHTS OF SNOWFALL is both an entry point to the critically acclaimed series and an essential part of Willingham's enchanting and imaginative FABLES mythos. Traveling in Arabia as an ambassador from the exiled FABLES community, Snow White is captured by the local sultan who wants to marry her (and then kill her). But the clever Snow attempts to charm the sultan instead by playing Scheherazade, telling him fantastic stories for a total of 1,001 nights. FABLES: 1001 NIGHTS OF SNOWFALL reveals the secret histories of familiar FABLES characters through a series of compelling and visually illustrative tales.