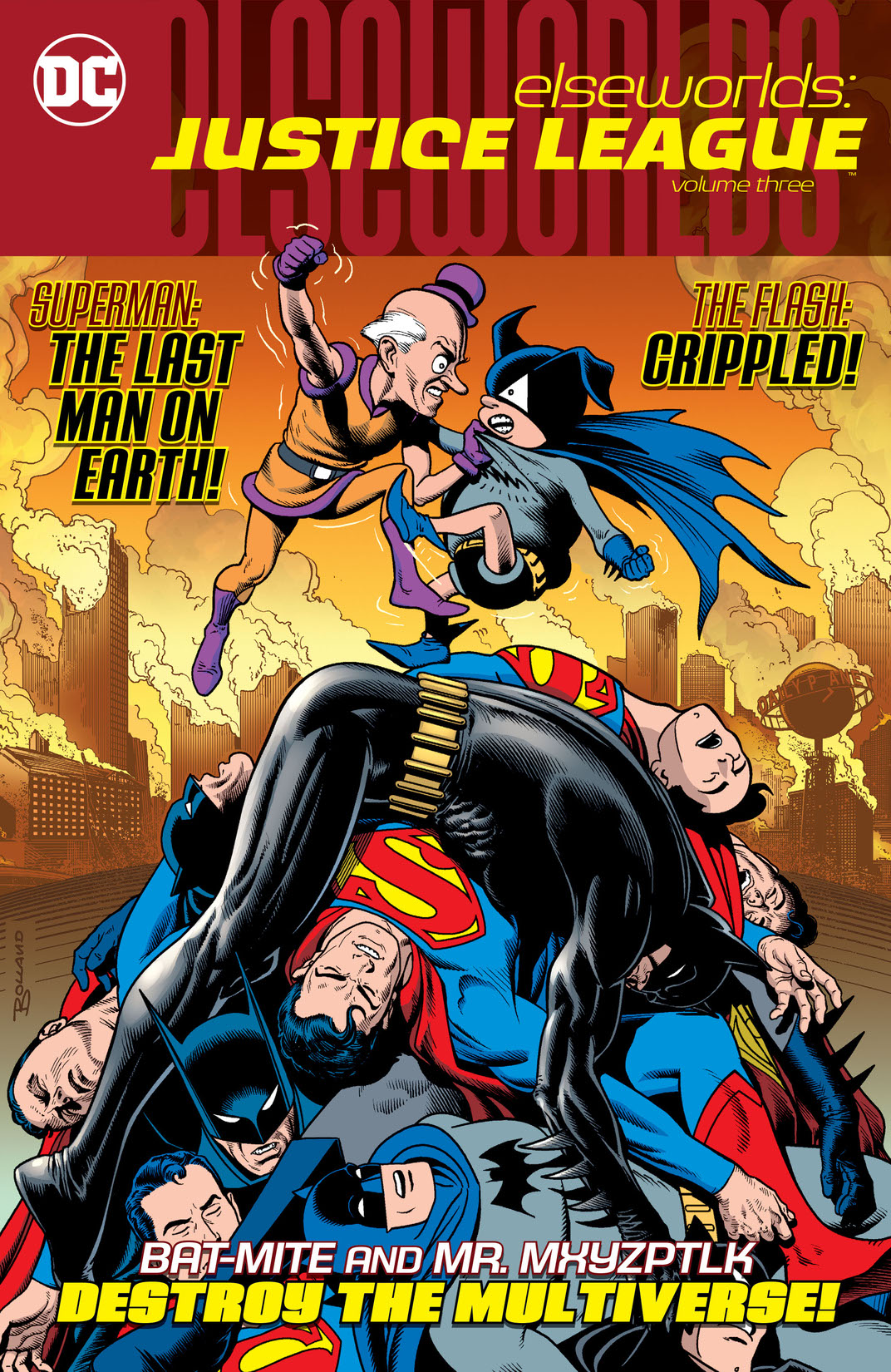 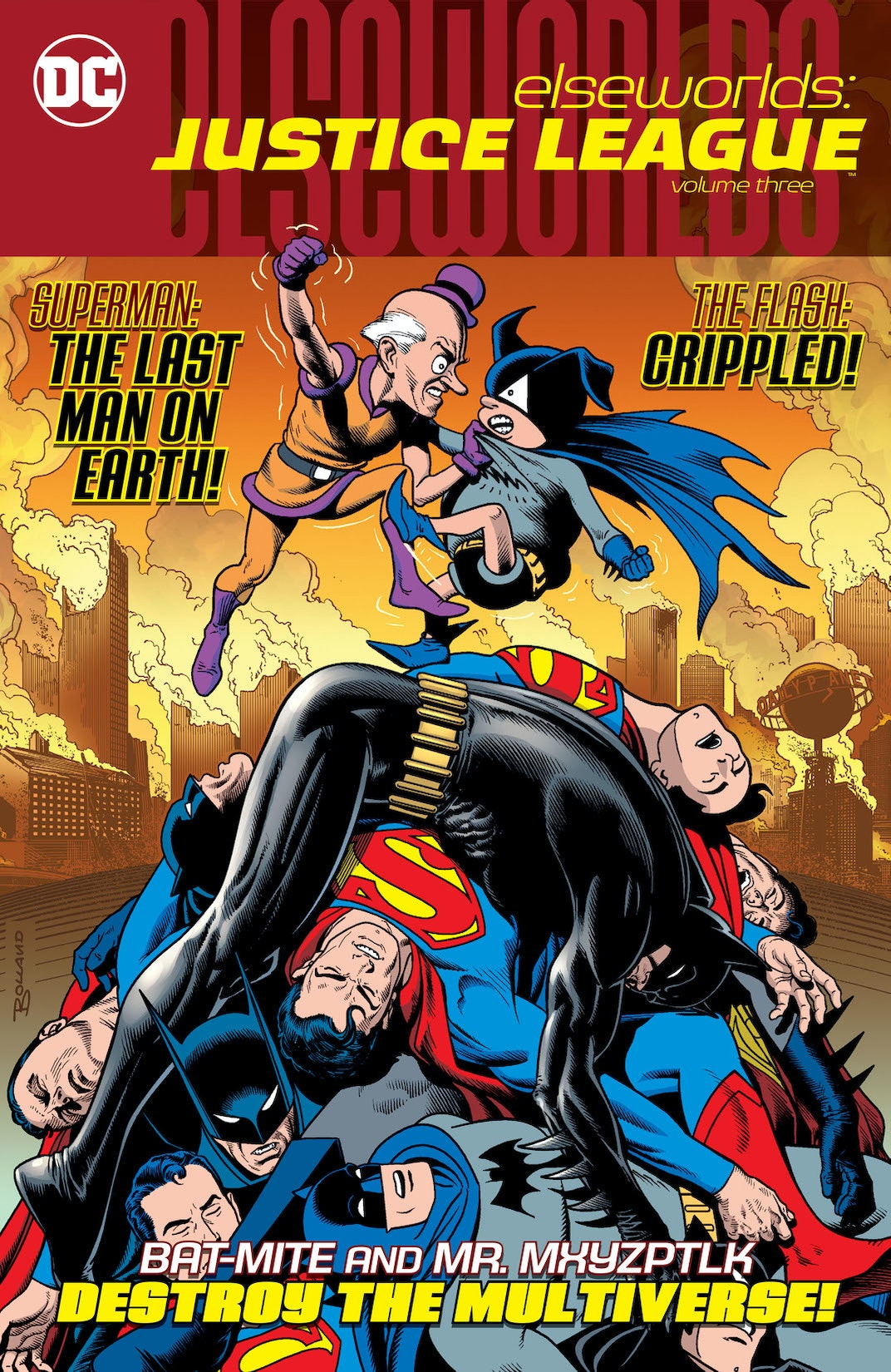 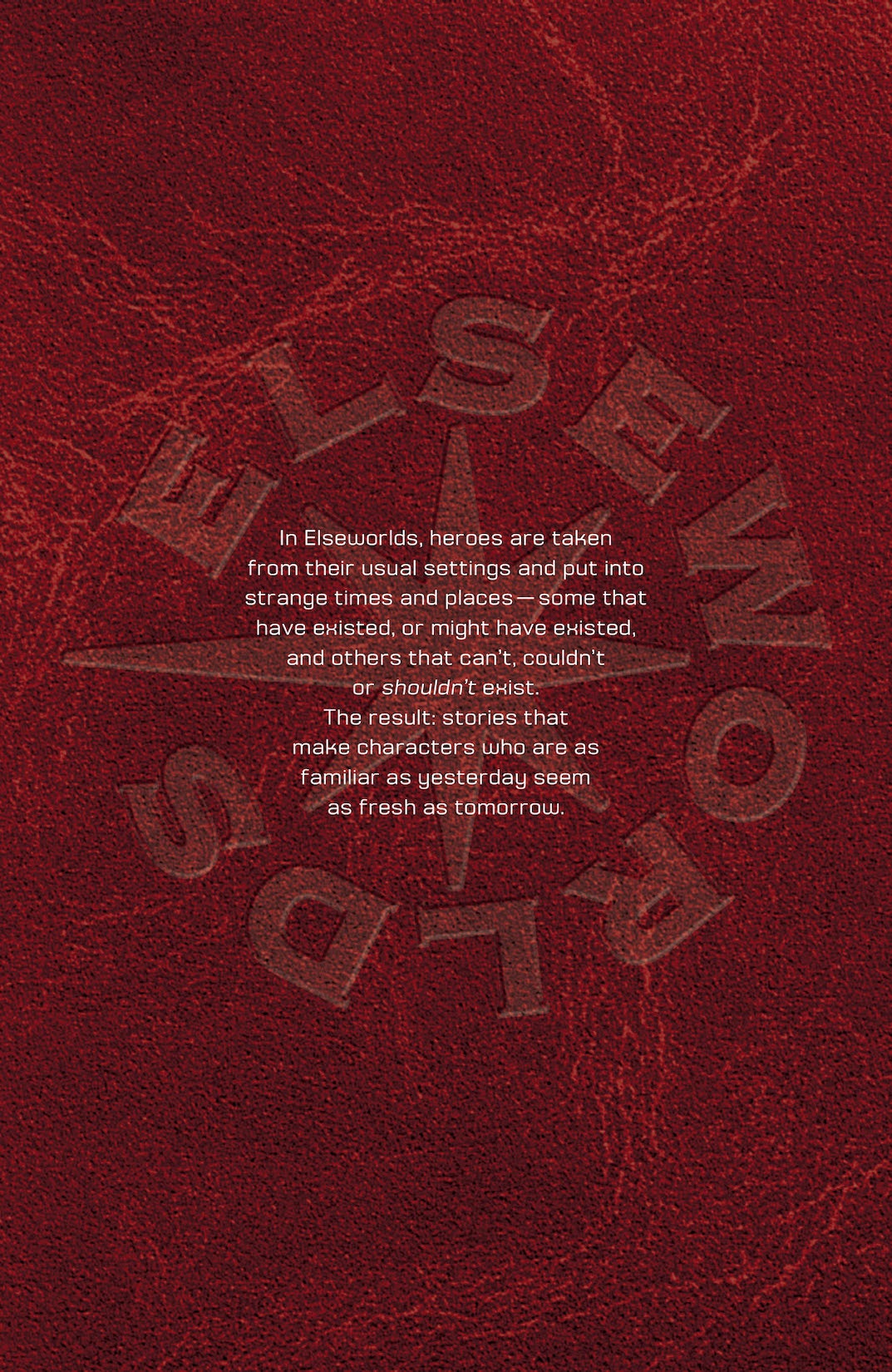 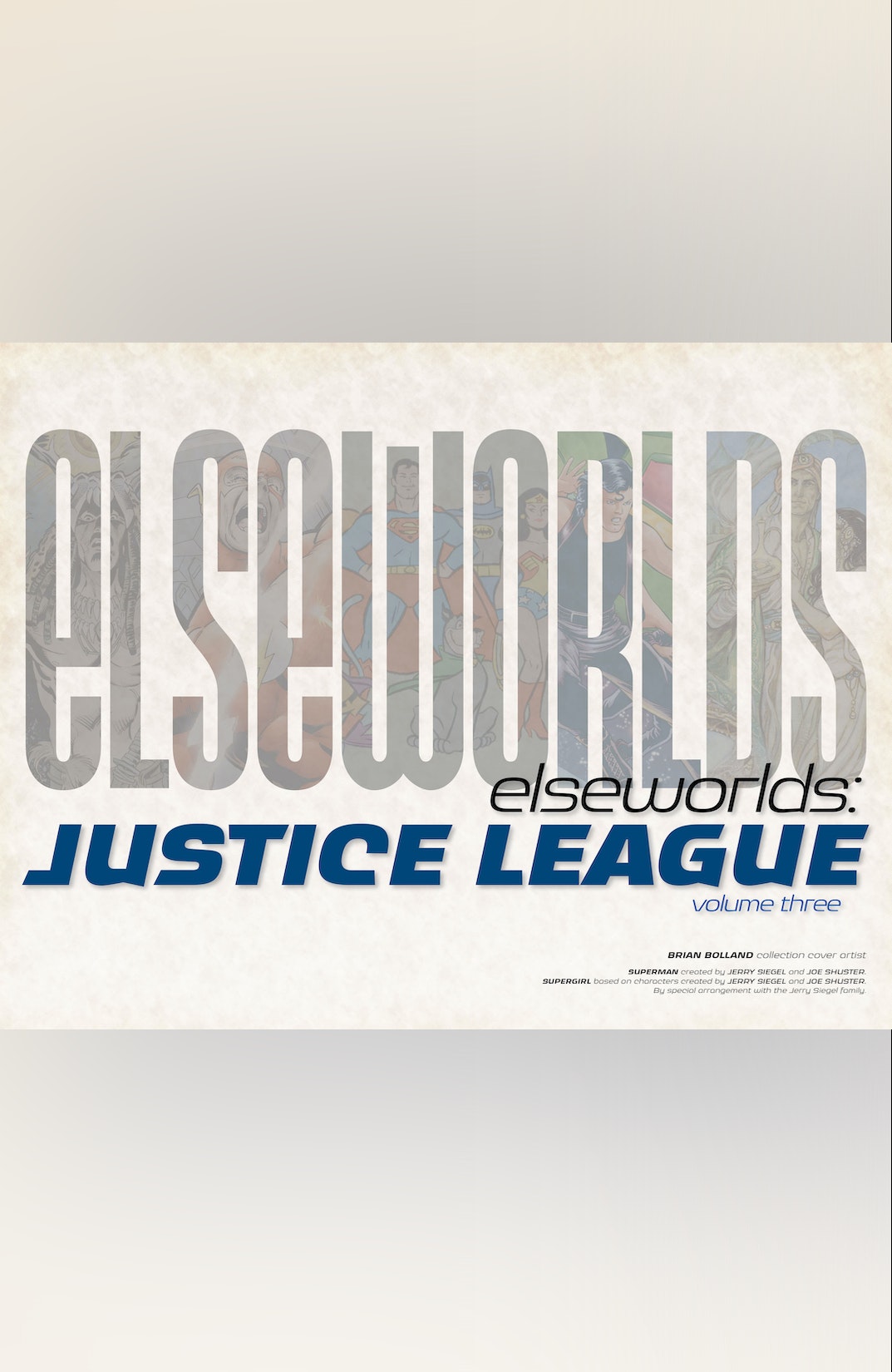 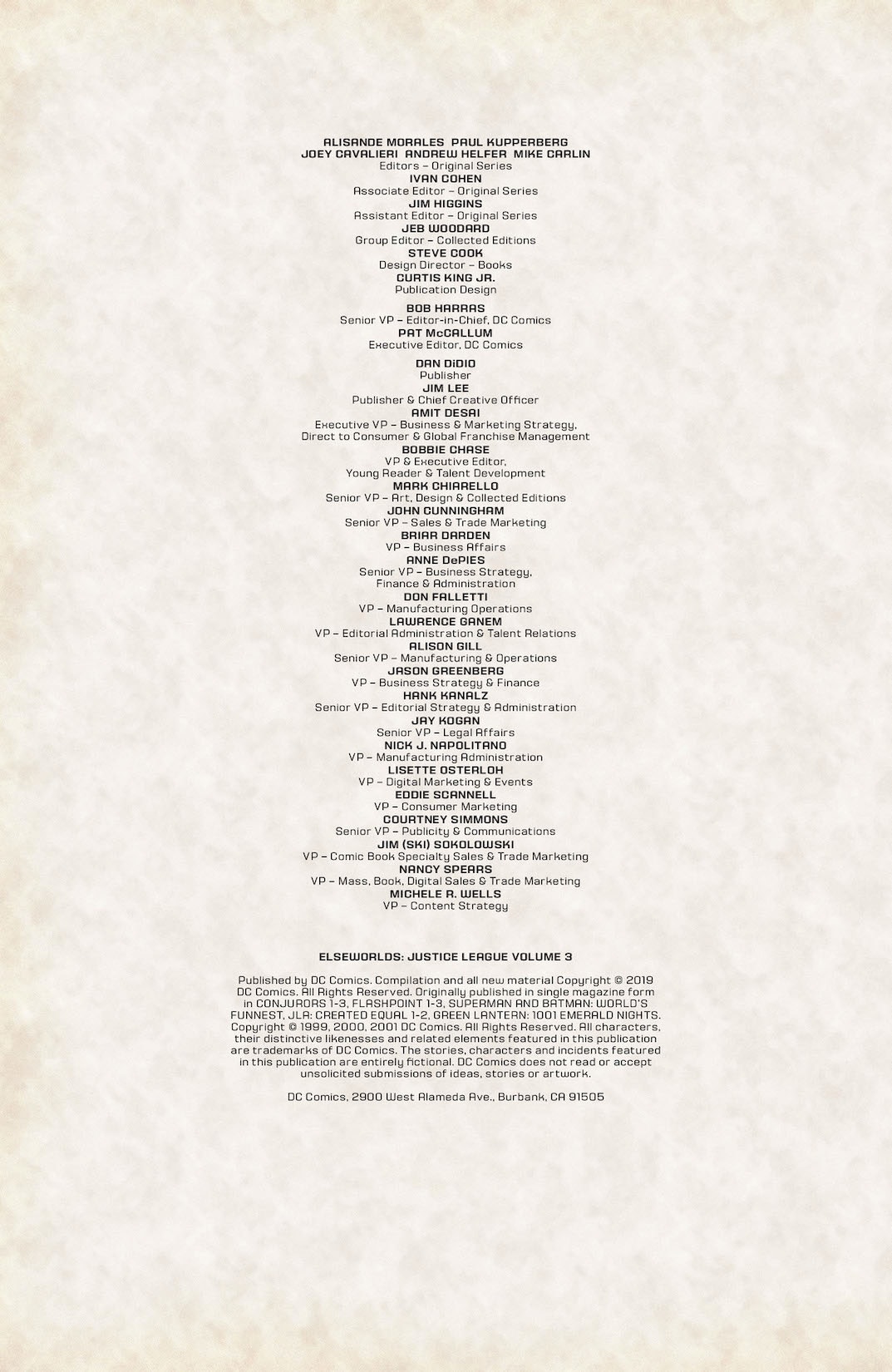 In this long-forgotten tale, Mr. Mxyzptlk and Bat-Mite battle across the entire Multiverse, and almost every character you can think of is along for the ride! Plus, when a cosmic storm passes over planet Earth, it brings a mysterious plague that nearly kills the entire male population, and the only two men who survive are Superman and Lex Luthor! Collects Conjurors #1-3, Flashpoint (1999) #1-3, Superman and Batman: World’s Funnest#1, JLA: Created Equal #1-2 and Green Lantern: 1001 Emerald nights #1.