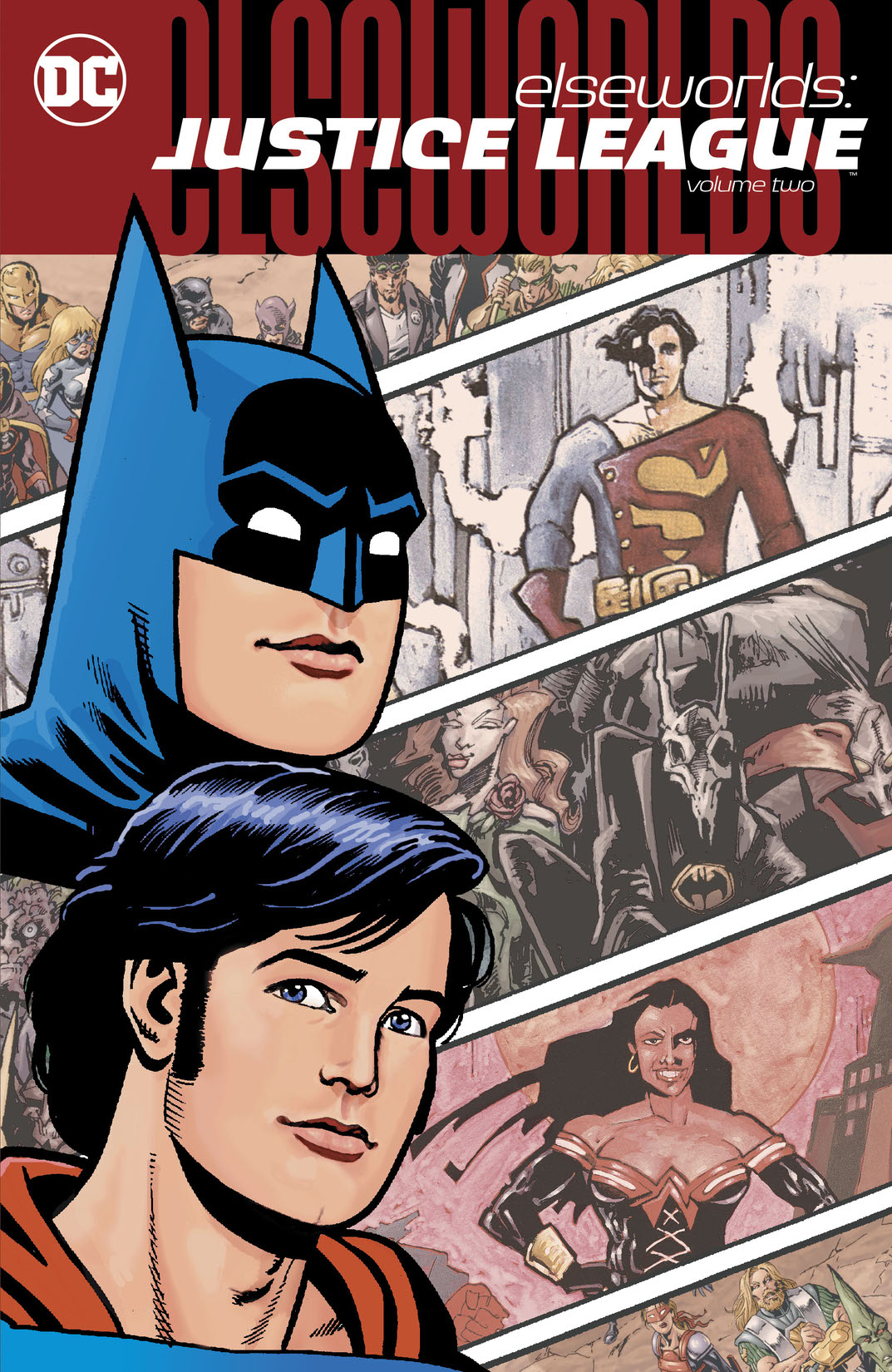 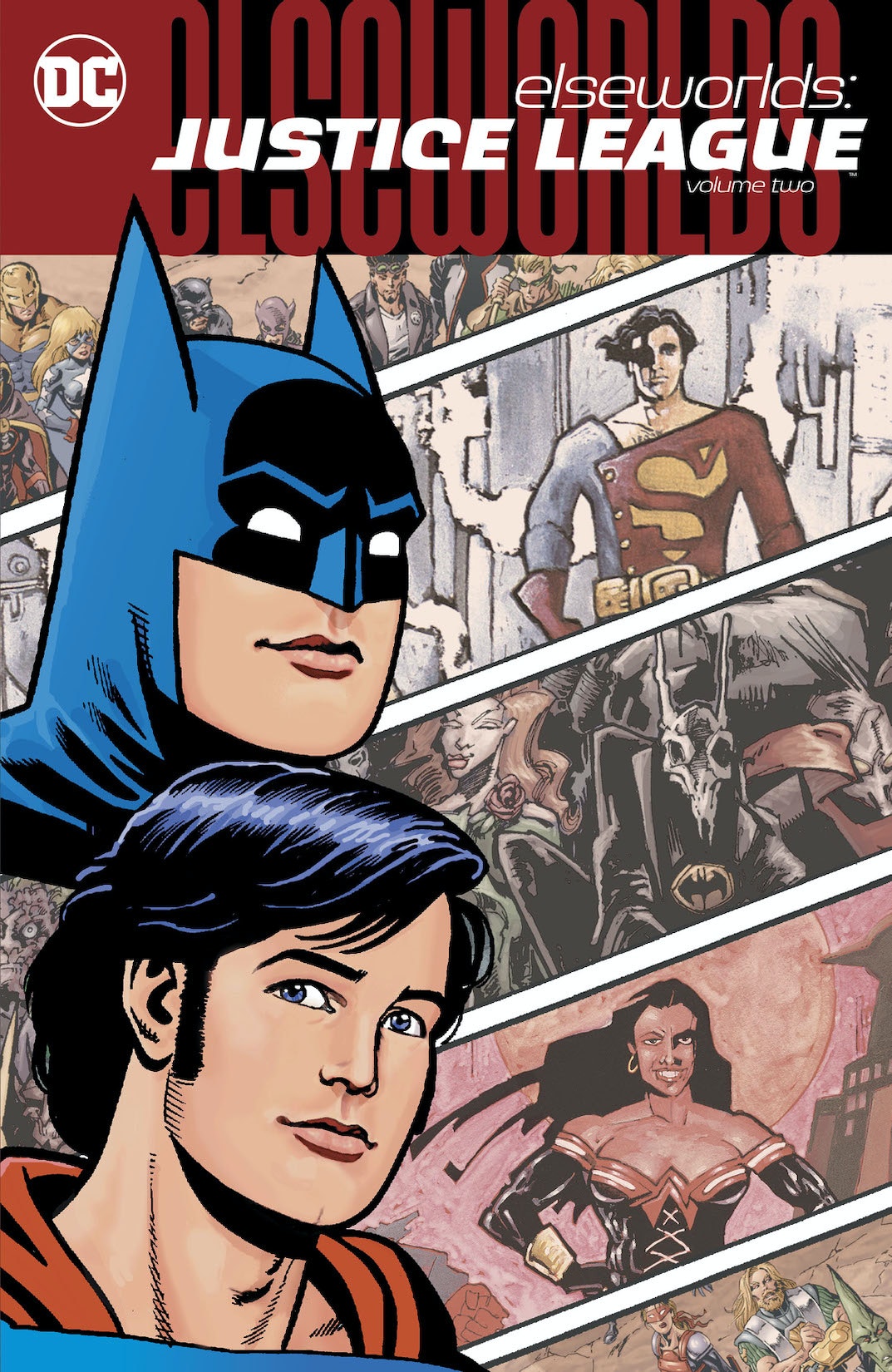 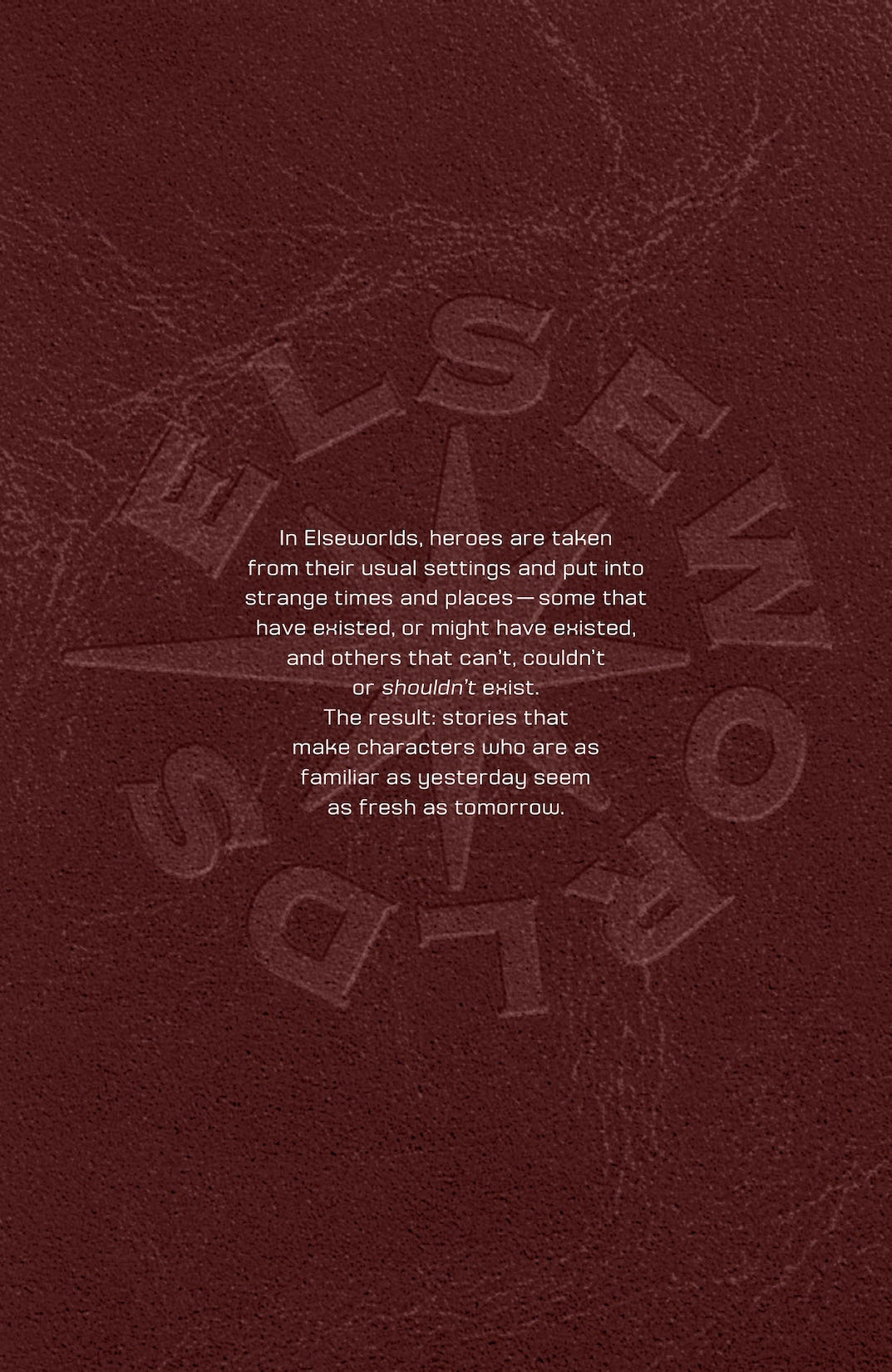 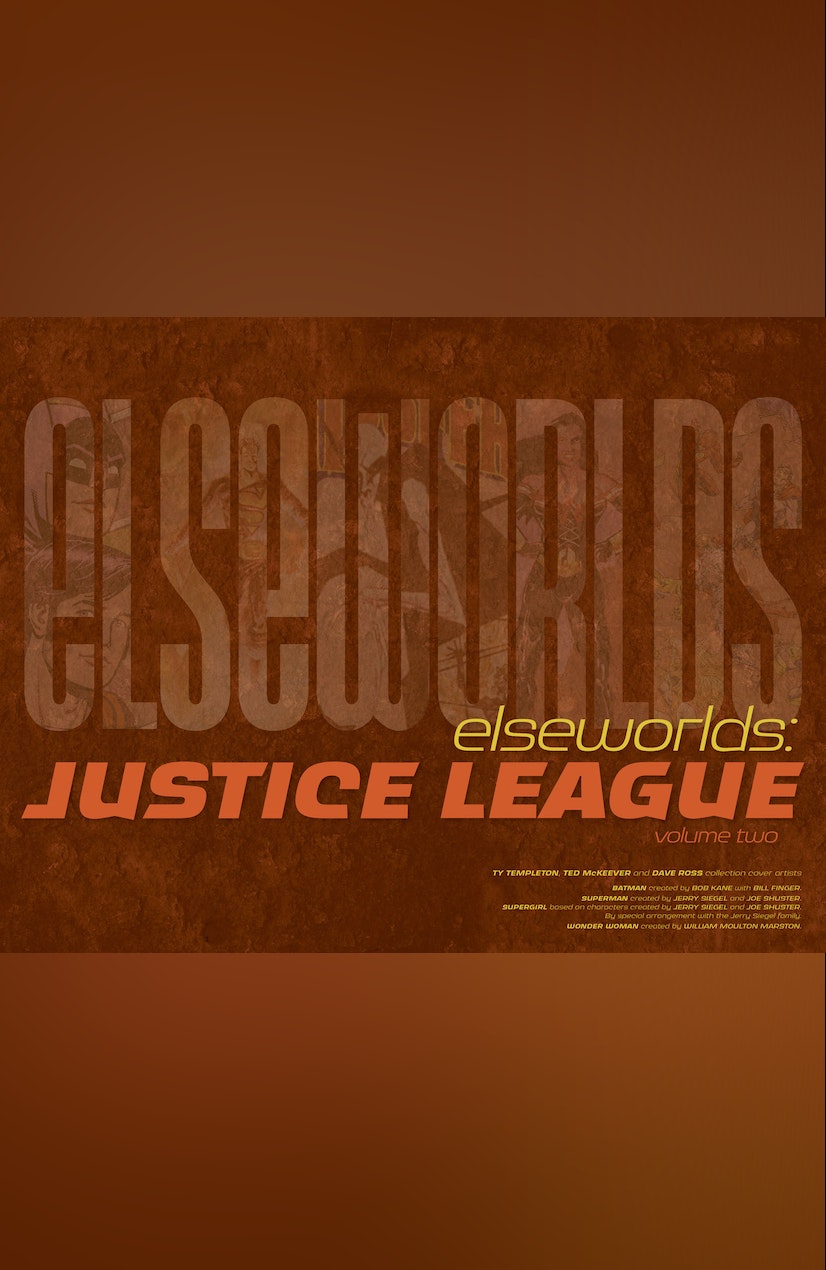 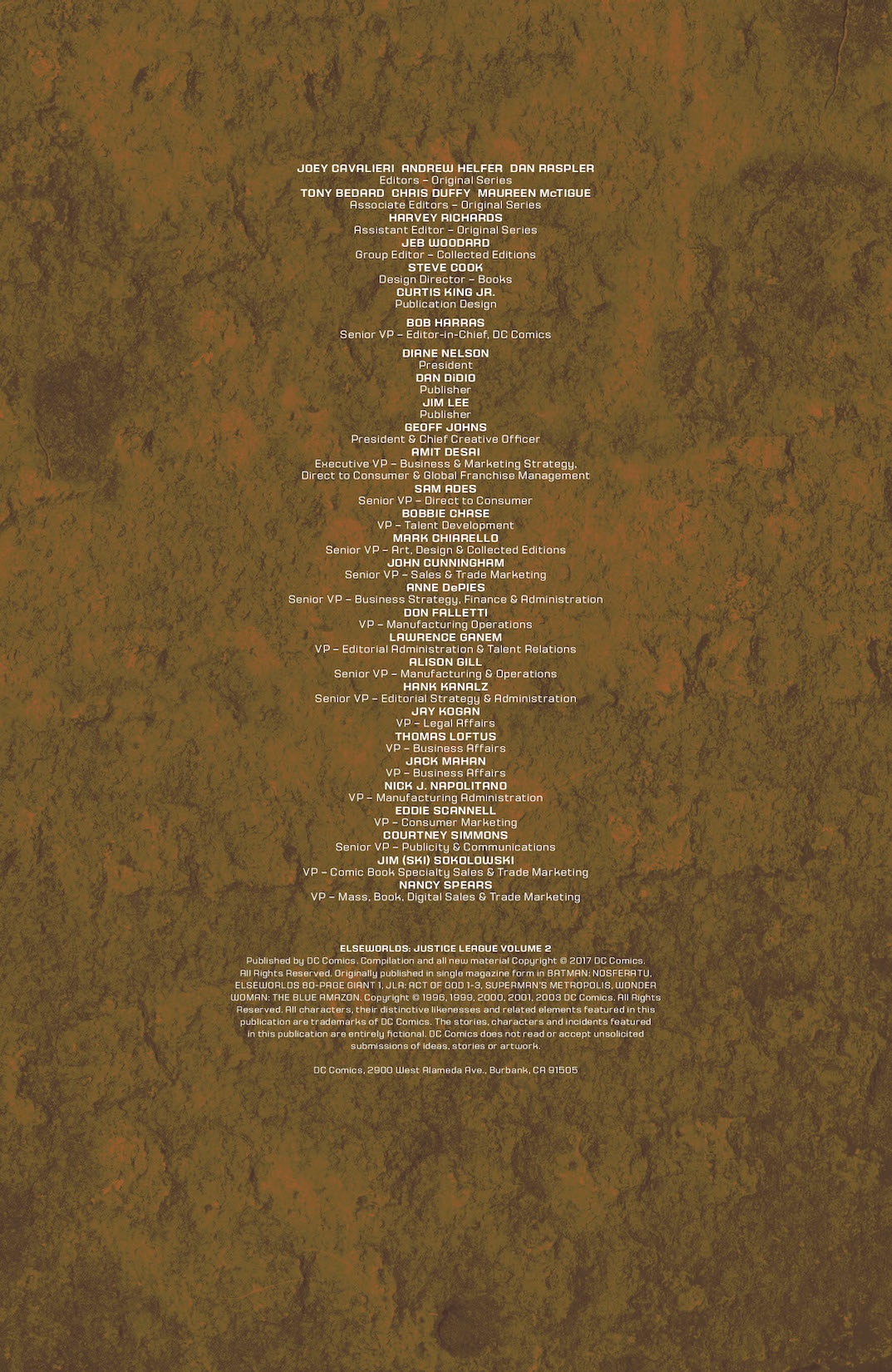 Presented by some of comics’ best is the newest edition of the ELSEWORLDS: JUSTICE LEAGUE series in ELSEWORDS: JUSTICE LEAGUE VOL. 2. In Elseworlds, heroes are taken from their usual settings and put into strange times and places-some that have existed, or might have existed, and others that can’t, couldn’t or shouldn’t exist. The result: stories that make characters who are as familiar as yesterday seem as fresh as tomorrow. This collection includes a dystopian tale of Metropolis in the throes of a revolution at the hands of the Super-Man, Nosferatu and Diana of Heaven, a world where the powers of all superhumans are taken away, a story about the super-sons of Batman and Superman and other bizarre tales! Now, for the first time, the Justice League’s prestige format Elseworlds tales are featured in a new graphic novel collection. Collects BATMAN: NOSFERATU, ELSEWORLDS 80-PAGE GIANT #1, JLA: ACT OF GOD #1-3, SUPERMAN: METROPOLIS and WONDER WOMAN: THE BLUE AMAZON!