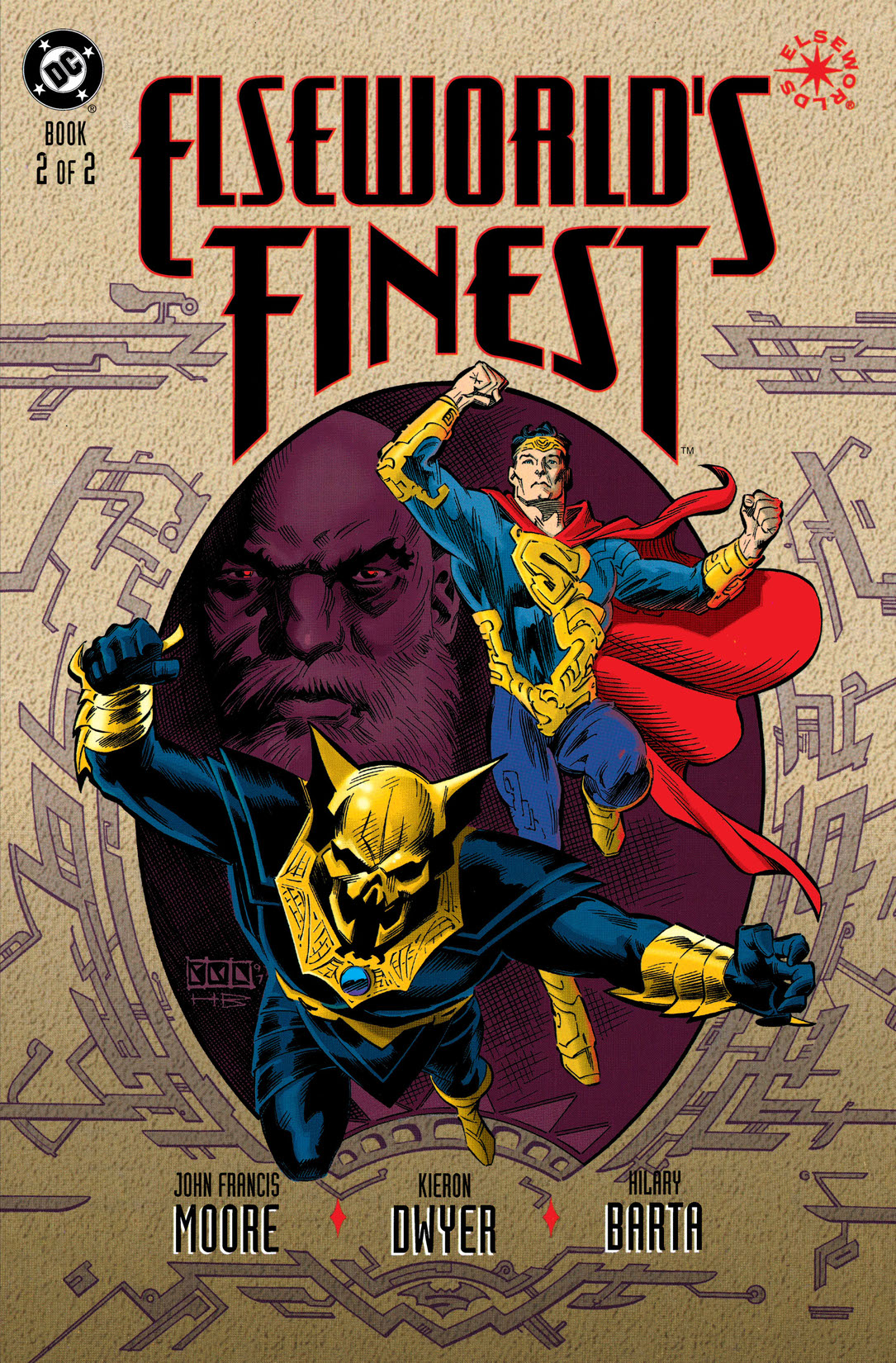 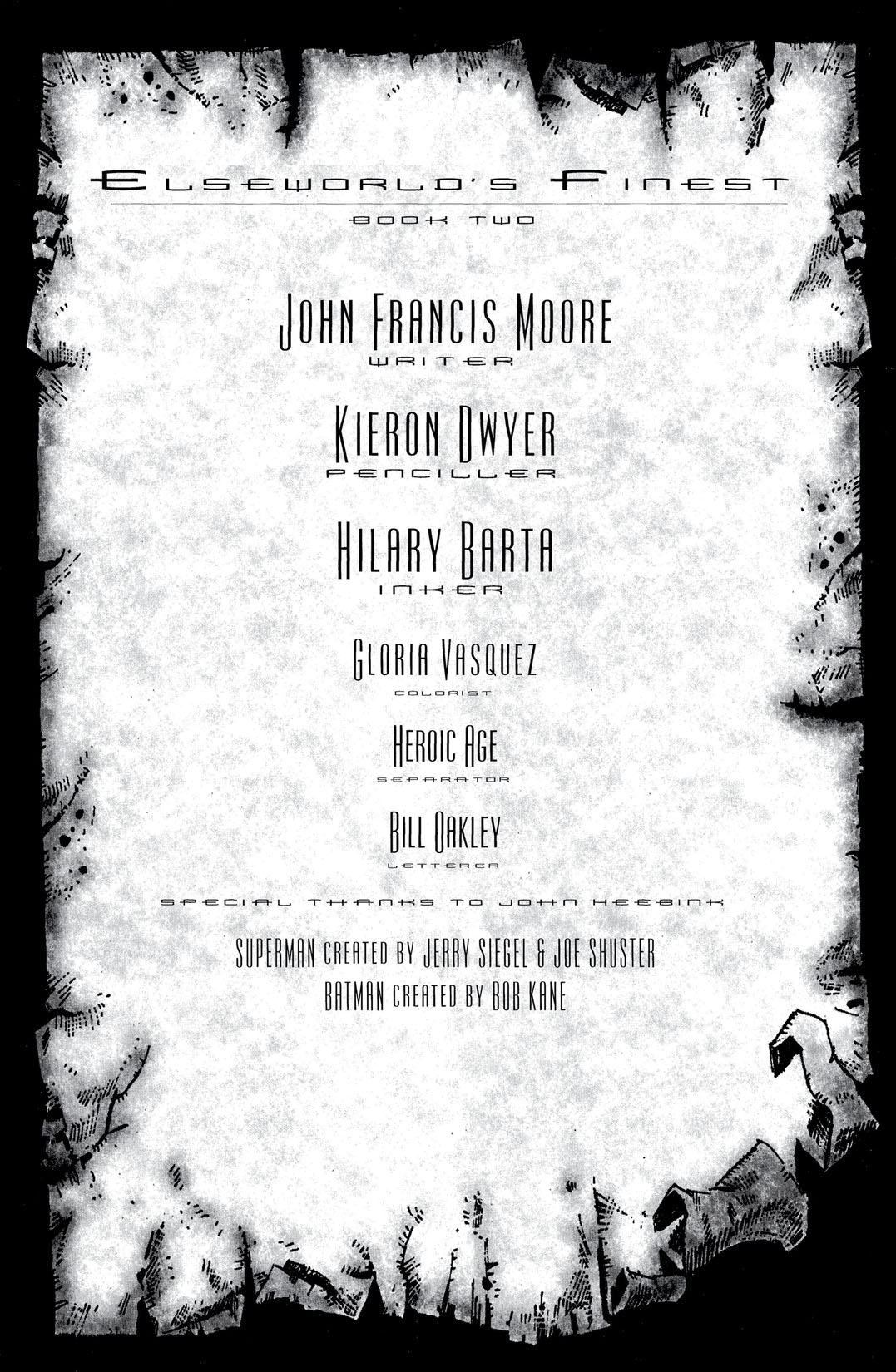 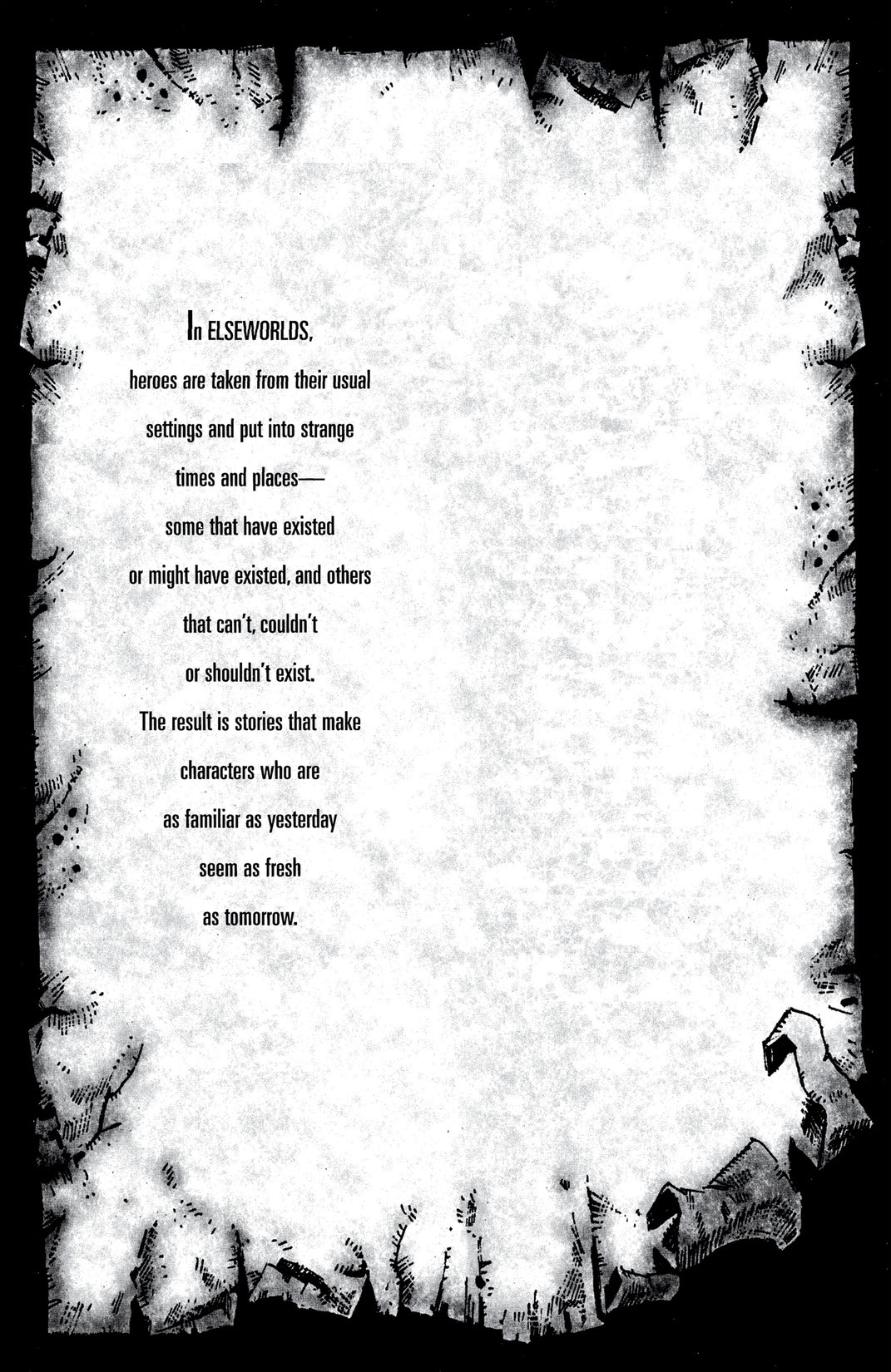 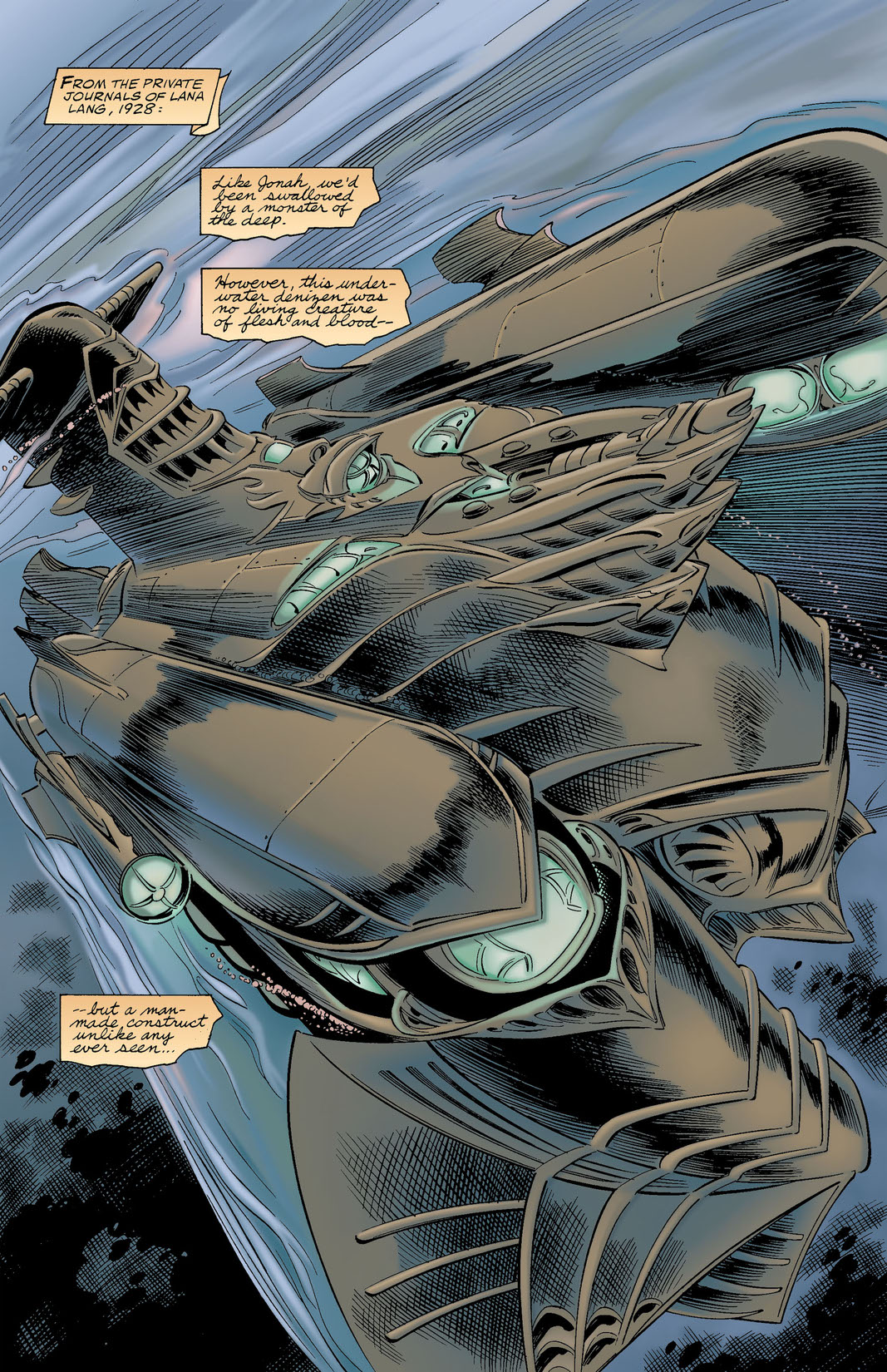 The conclusion of the two-issue ELSEWORLDS adventure teaming Bruce Wayne and Clark Kent! While Alexi Luthor and Ra's al Ghul vie for control of the legendary Argosian artifact known as the Godstone, Clark Kent learns more about his alien origins, while Bruce Wayne's experience in a cave transforms the jaded soldier-of-fortune into a Dark Knight. If the two can't get their act together soon, though, they won't make the world's finest team, since there won't be a world left for them!