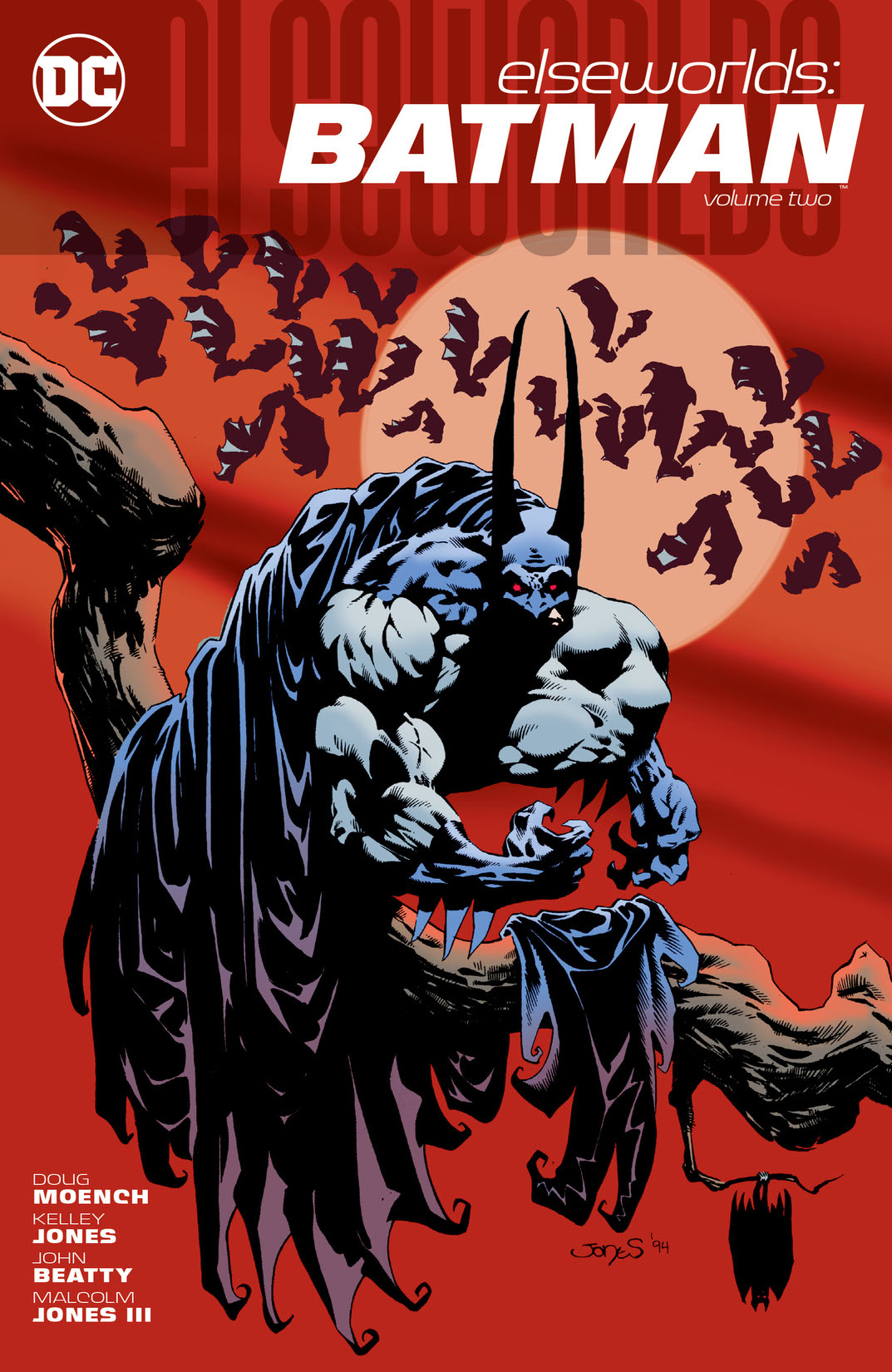 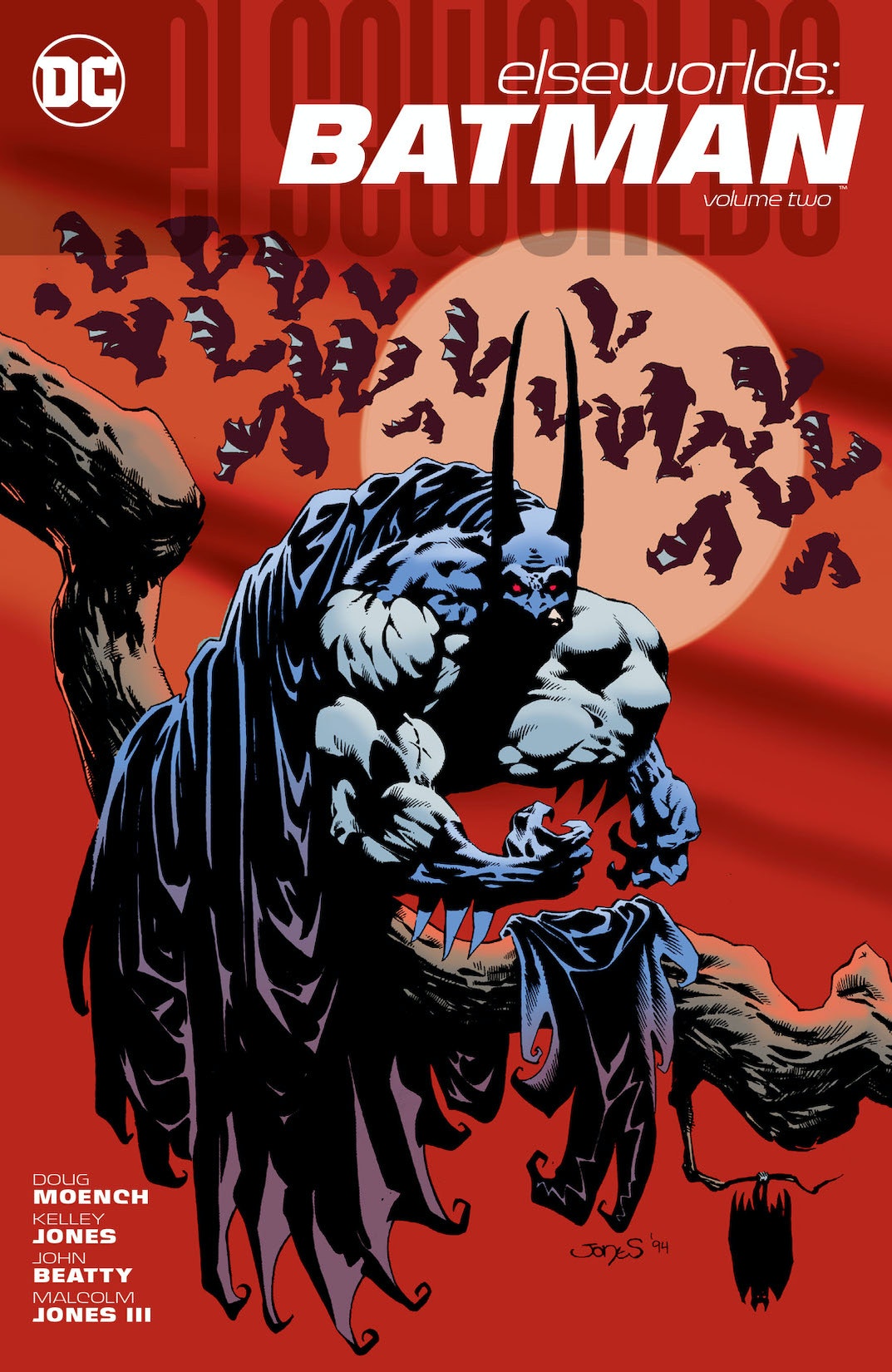 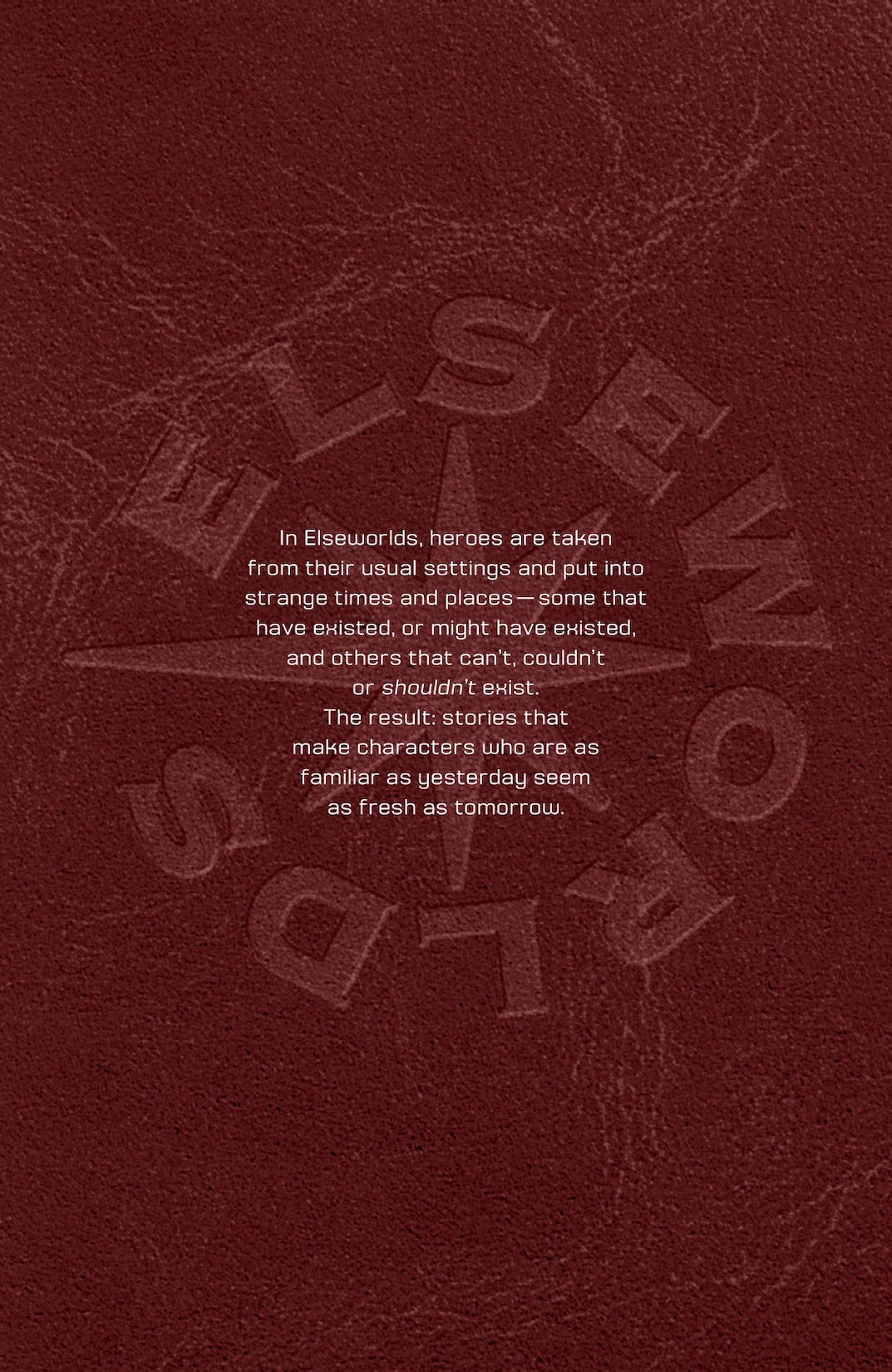 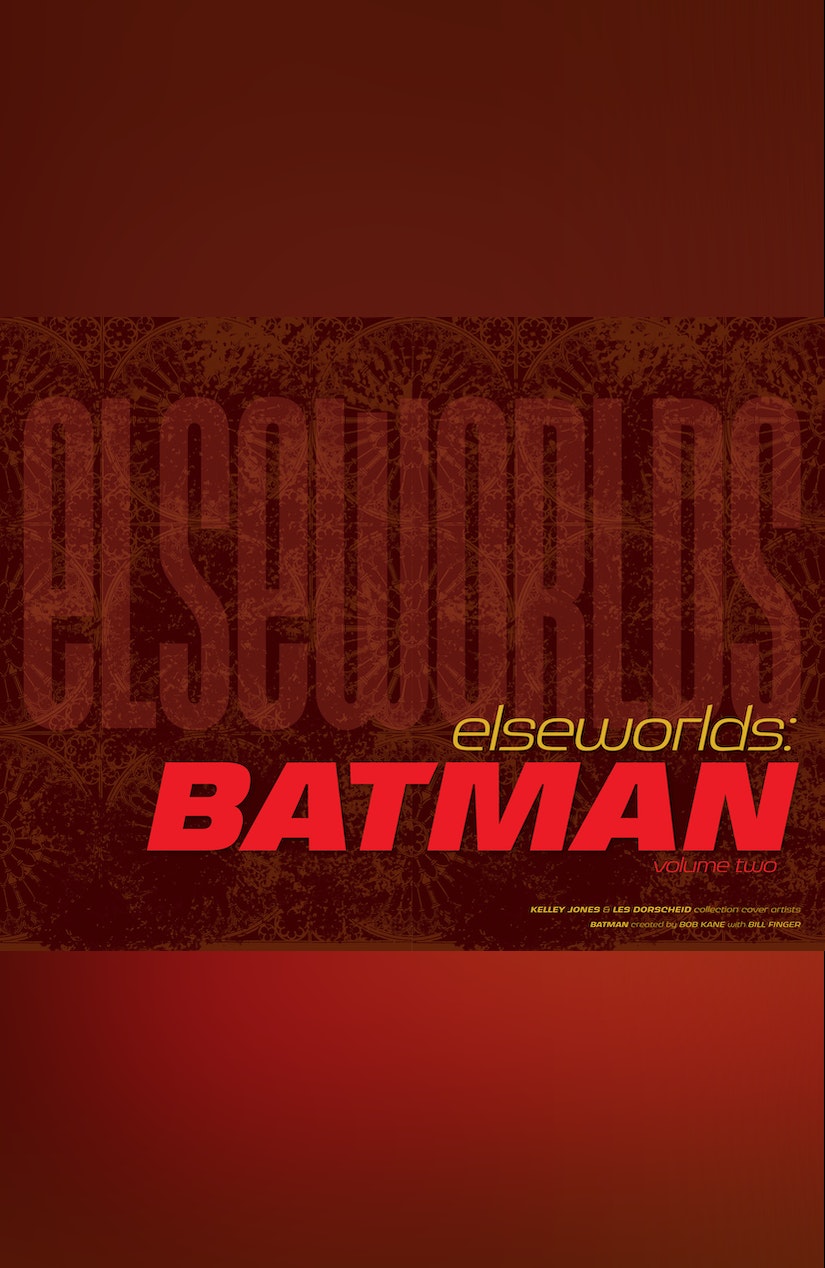 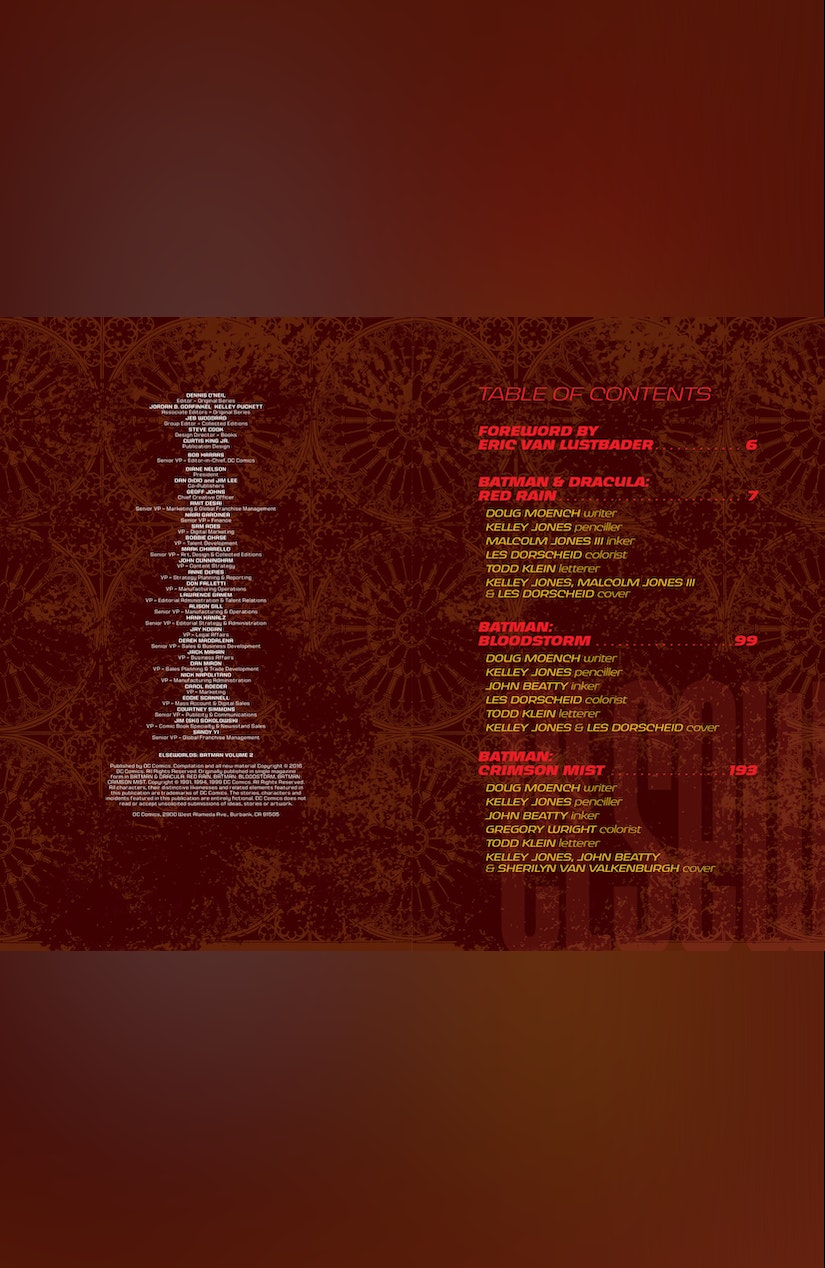 In Elseworlds, heroes are taken from their usual settings and put into strange times and places-some that have existed, or might have existed, and others that can’t, couldn’t or shouldn’t exist. The result: stories that make characters who are as familiar as yesterday seem as fresh as tomorrow. Gotham City is caught in a vortex of corruption and decay, and those who feed on blood and despair are about to suck any remaining life from her dying veins. All that stands against them is the Batman, their legendary companion in the darkness, the last line of defense between the innocent and the screaming chaos of mindless appetite. To combat this primeval threat, however, the Dark Knight must give up everything he holds dear, including life itself-for death is only the first step toward the final reckoning between good and evil. Written by Doug Moench and illustrated in full gothic glory by Kelley Jones, John Beatty and Malcolm Jones III, ELSEWORLDS: BATMAN VOL. 2 gives free rein to the darker side of the World’s Greatest Detective, collecting BATMAN & DRACULA: RED RAIN, BATMAN: BLOODSTORM and BATMAN: CRIMSON MIST.