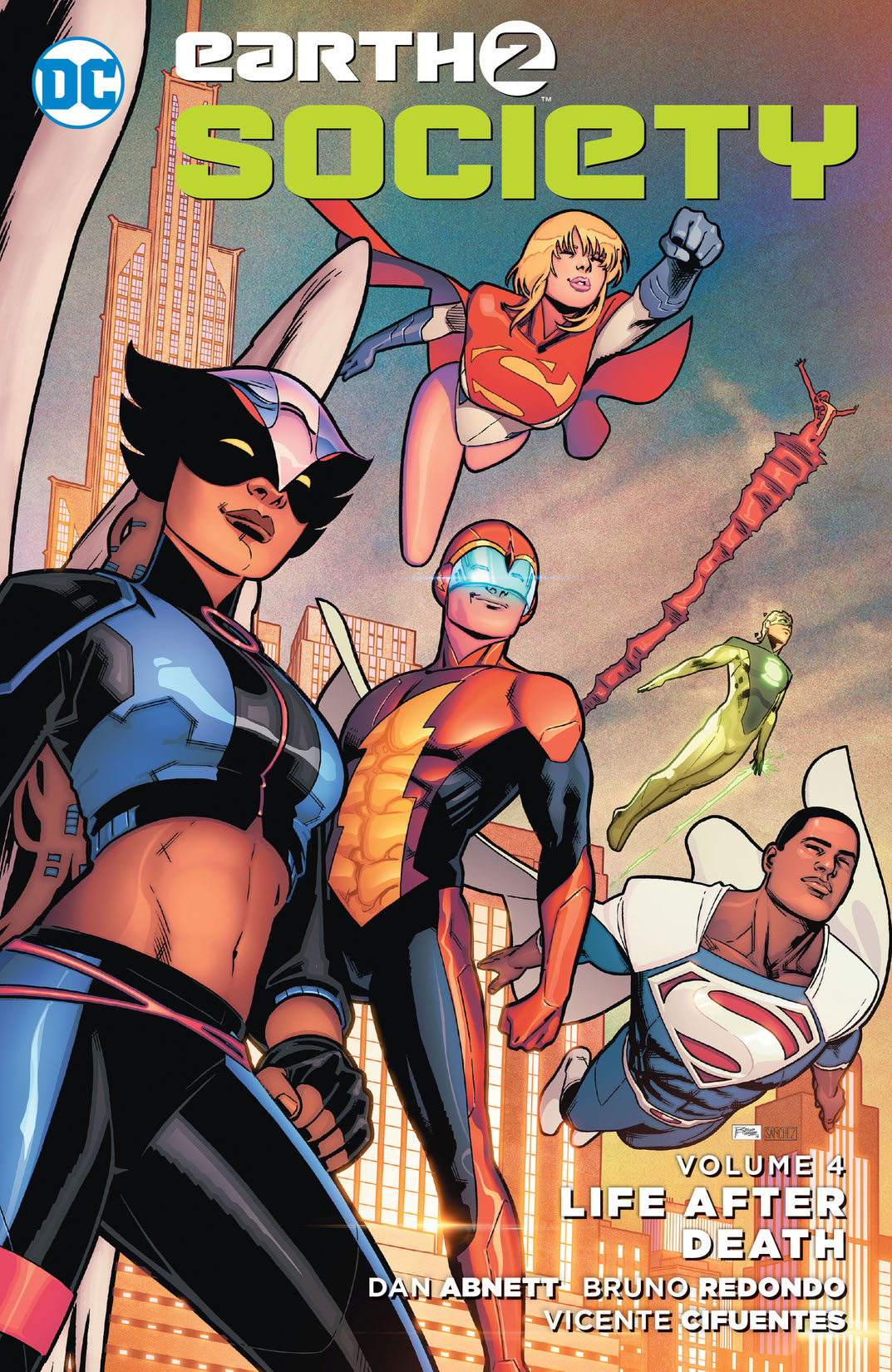 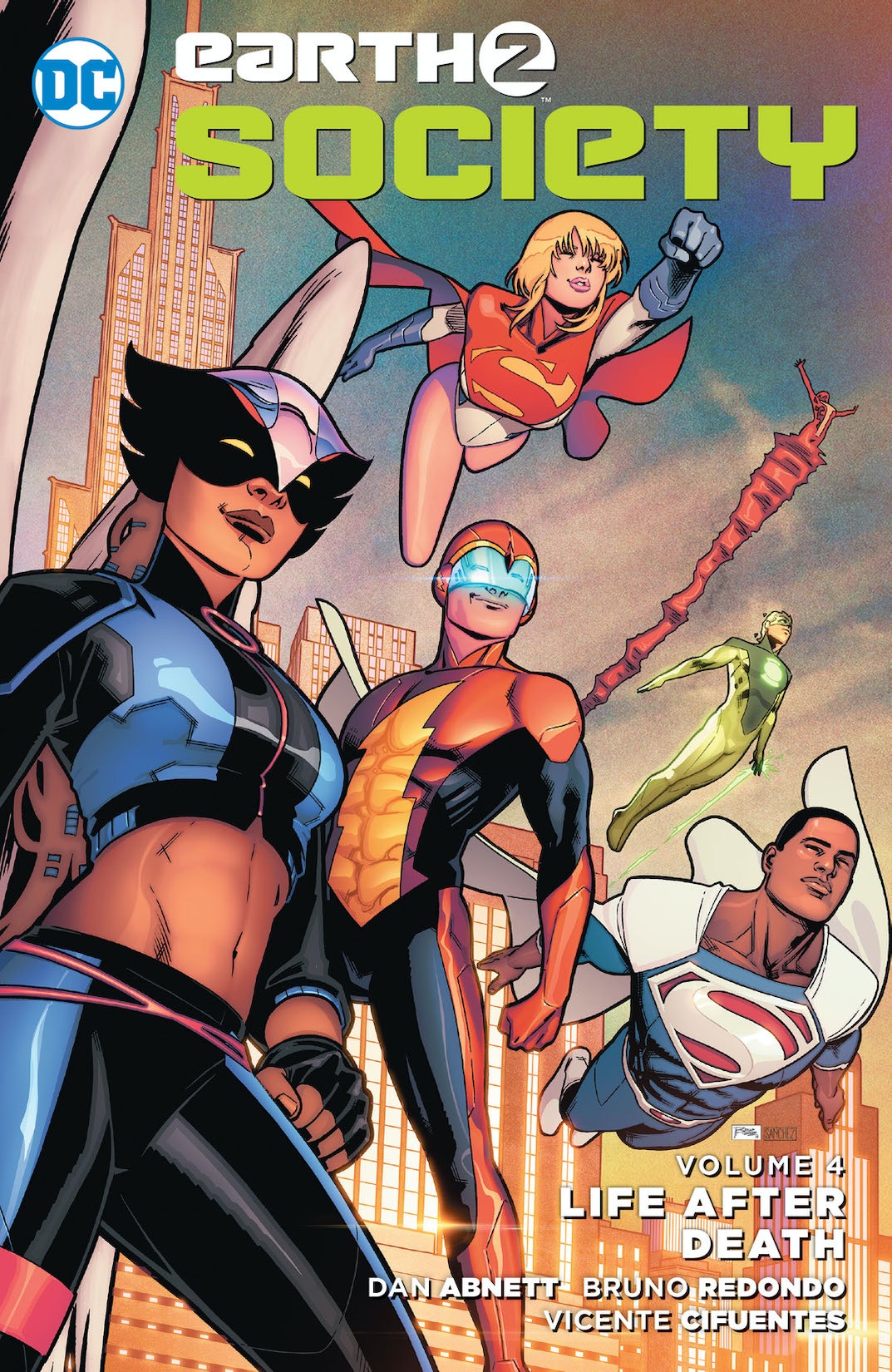 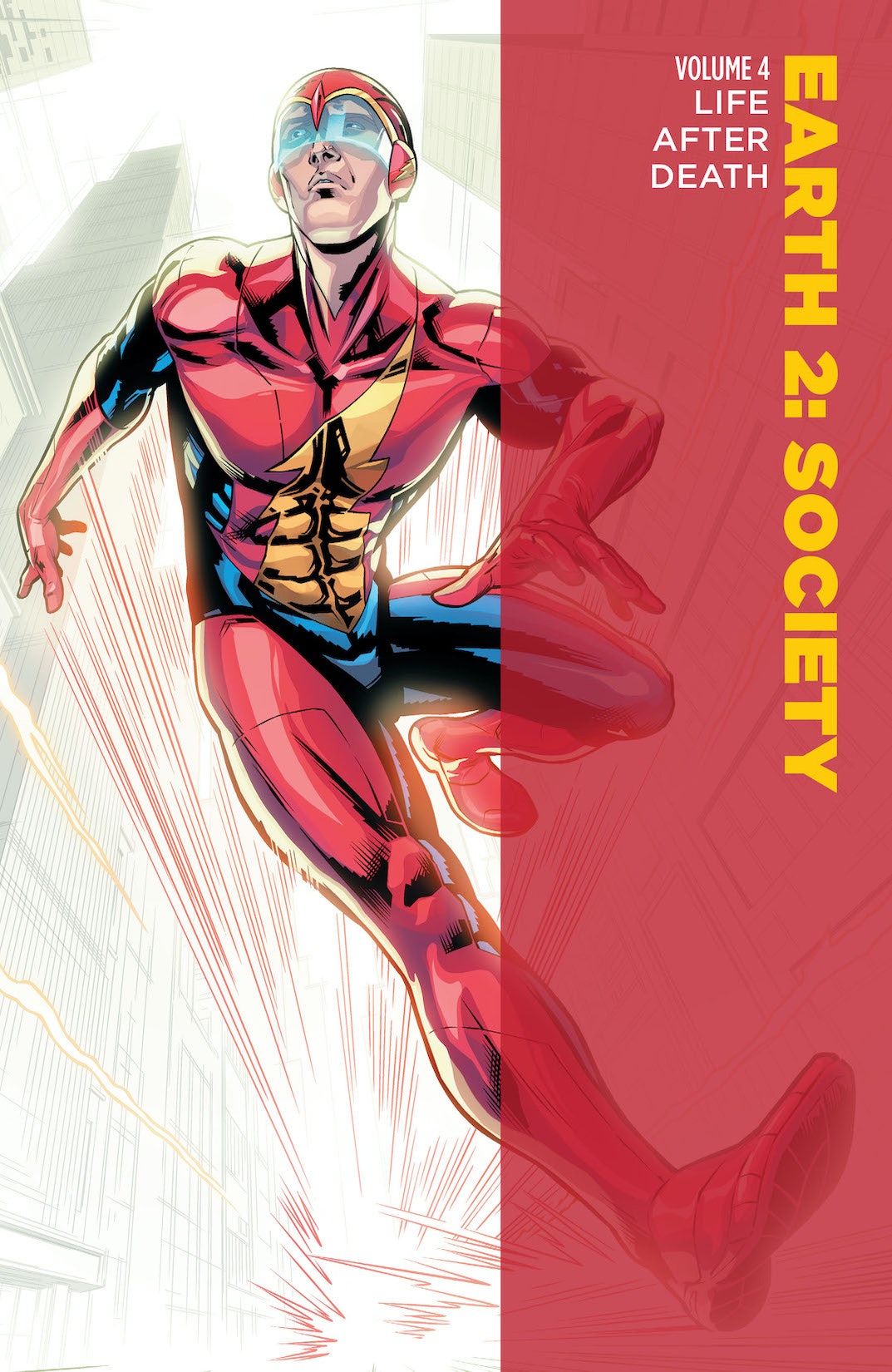 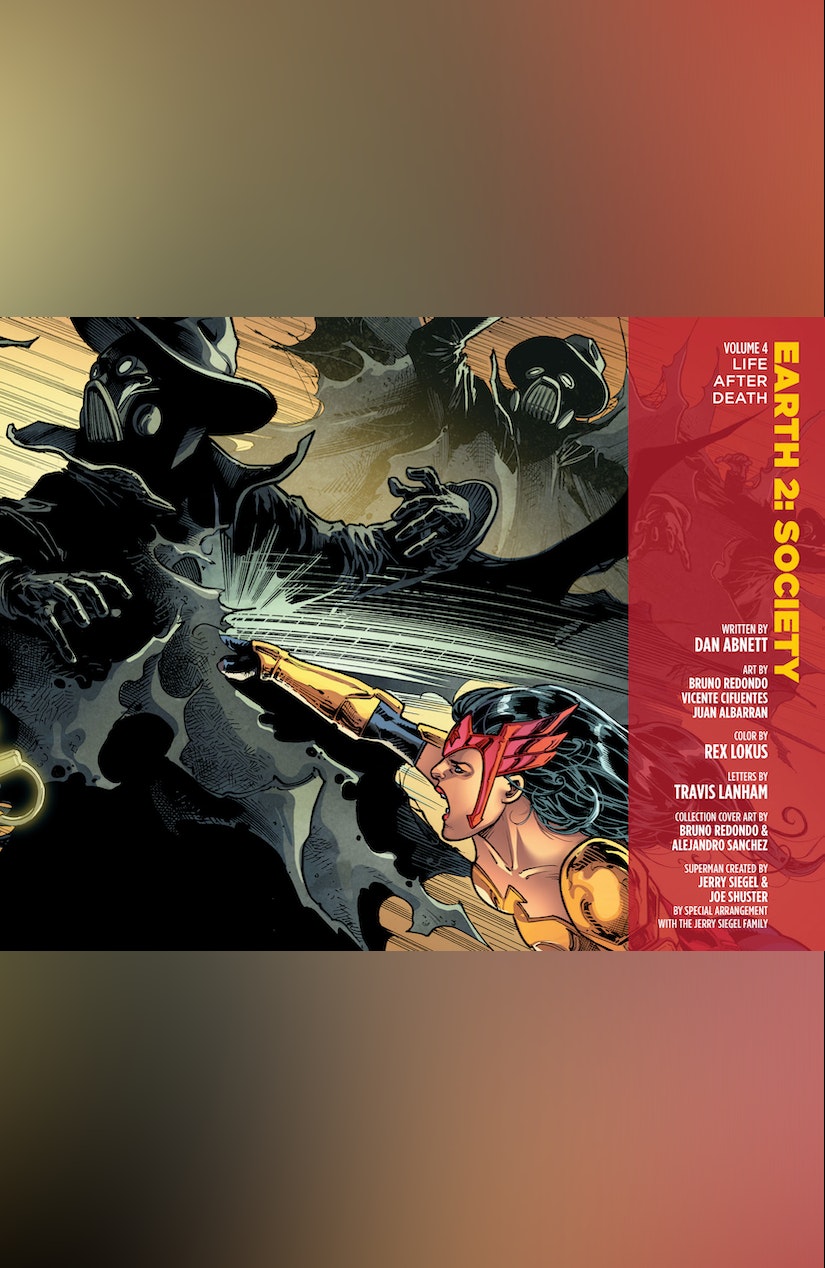 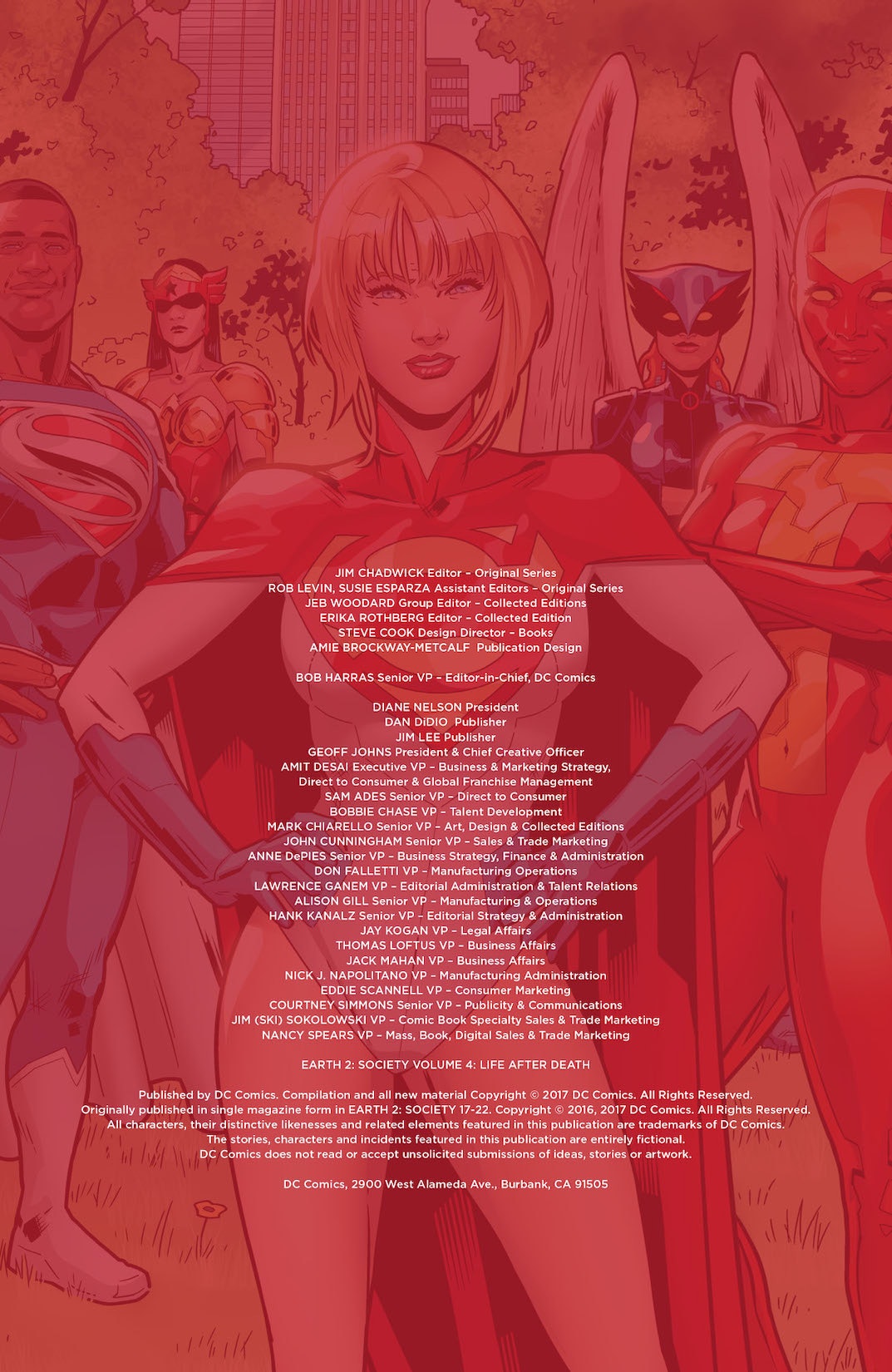 Writer Dan Abnett (AQUAMAN, TITANS) and artists Bruno Redondo (INJUSTICE: GODS AMONG US) and Vicente Cifuentes (BATGIRL) bring the story of the Wonders of Earth-2 to a stunning conclusion! The heroes of Earth-2 have lost their planet twice—first to the forces of Apokolips, and now their newly rebuilt world has fallen thanks to one of their own. To prevent the all-powerful Pandora Casket from falling into the Ultra-Humanite’s hands, the Wonder known as Fury used it herself in an attempt to recreate their original world. Unfortunately, Fury and a small band of other Wonders have awakened in a ghost of a world…one that appears to have entirely wiped out and replaced Earth-2 and all of its survivors. But the Wonders are not alone in this ghost world. Something is stalking them…something familiar, and powerful, and with one all-encompassing mission: to kill the Wonders before they can solve the mystery of this strange new world! Collects issues #17-22.