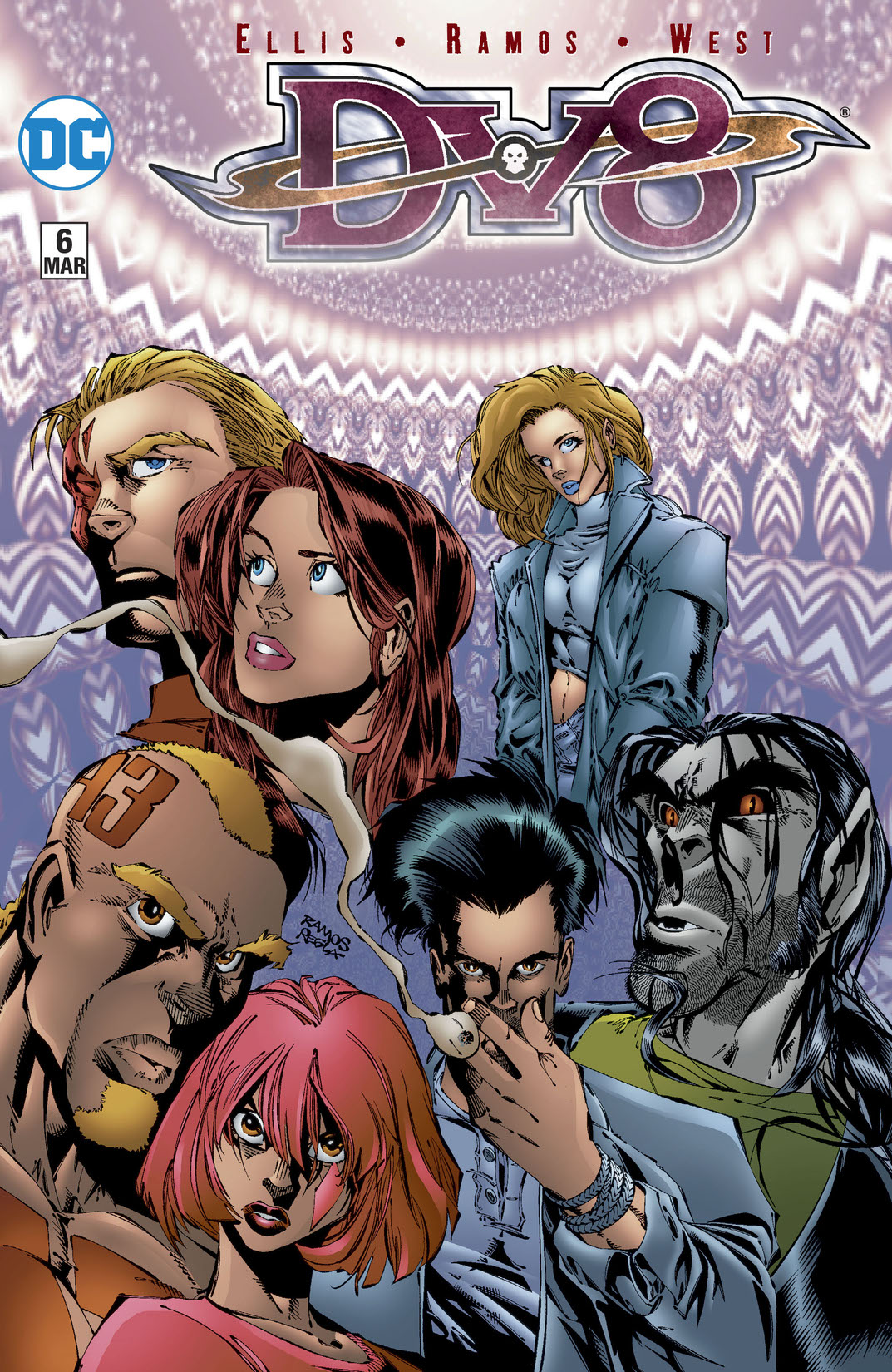 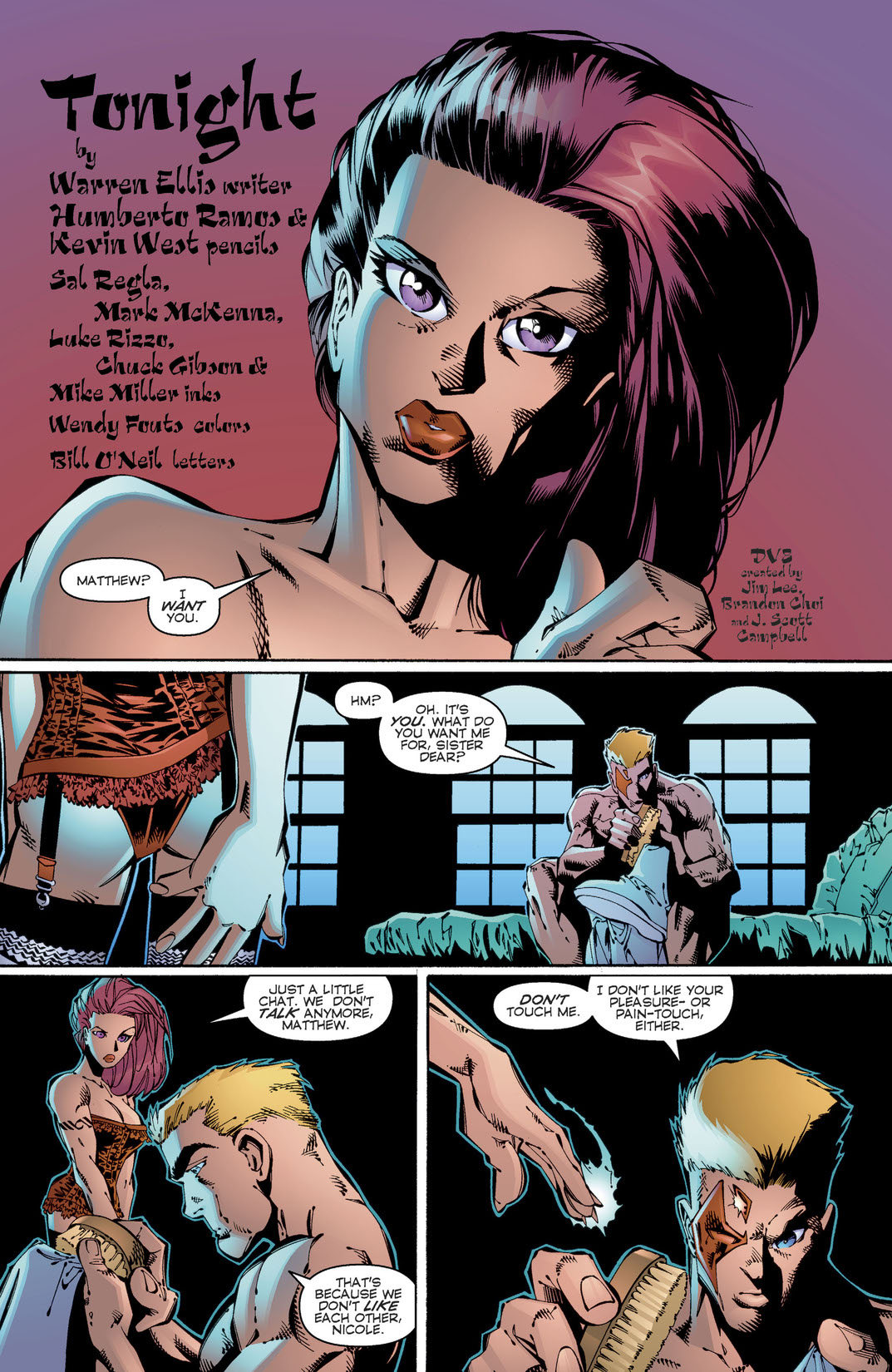 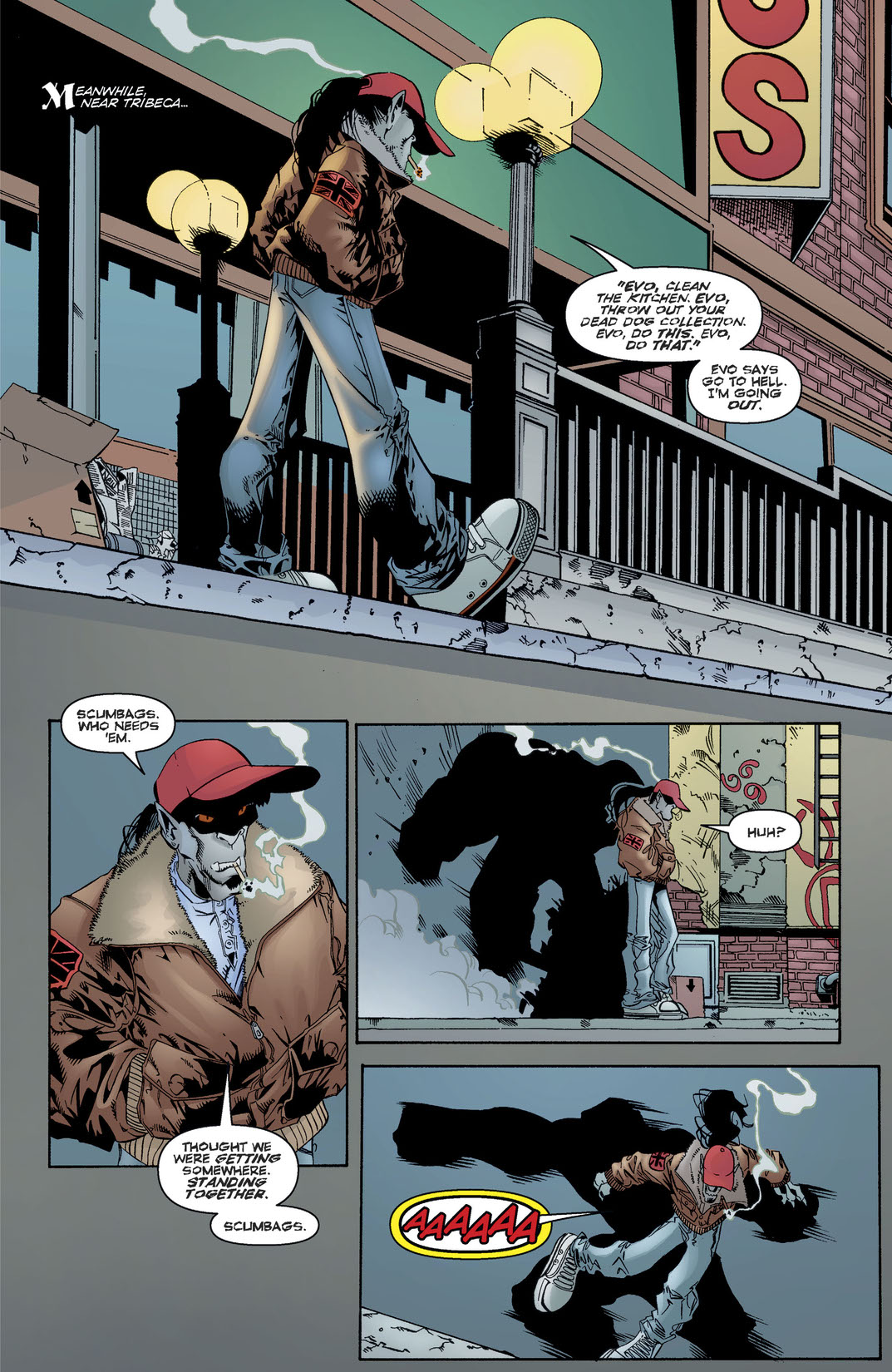 The mission in Japan weakened reconnections between the members of DV8; Nicole sleeps with Threshold and forces him to obey; Copycat feels alone and also tries to force Frostbite to sleep with her; Gen-Active attacks Evo; Powerhaus is contacted by the spirit of a dead woman.