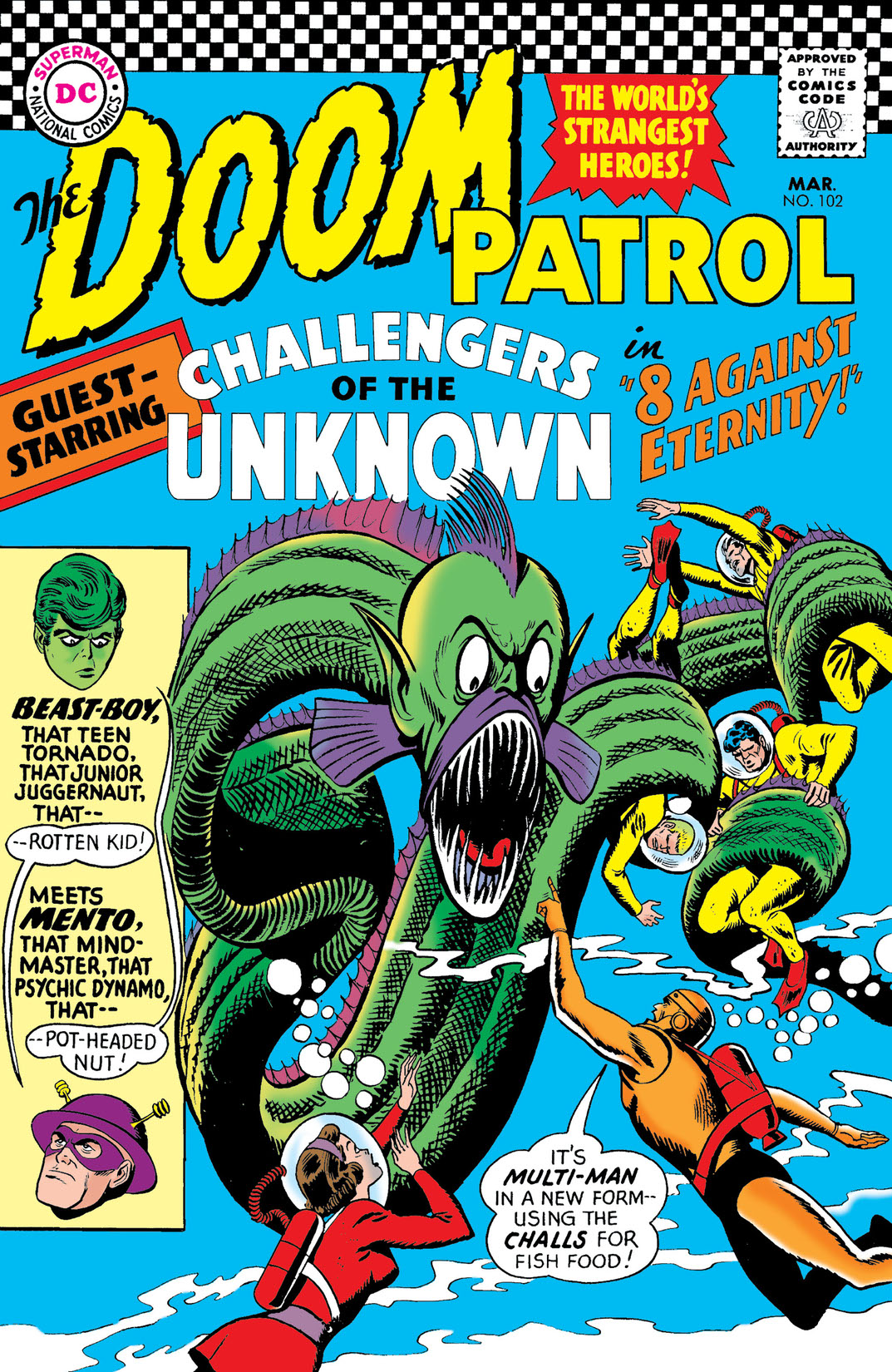 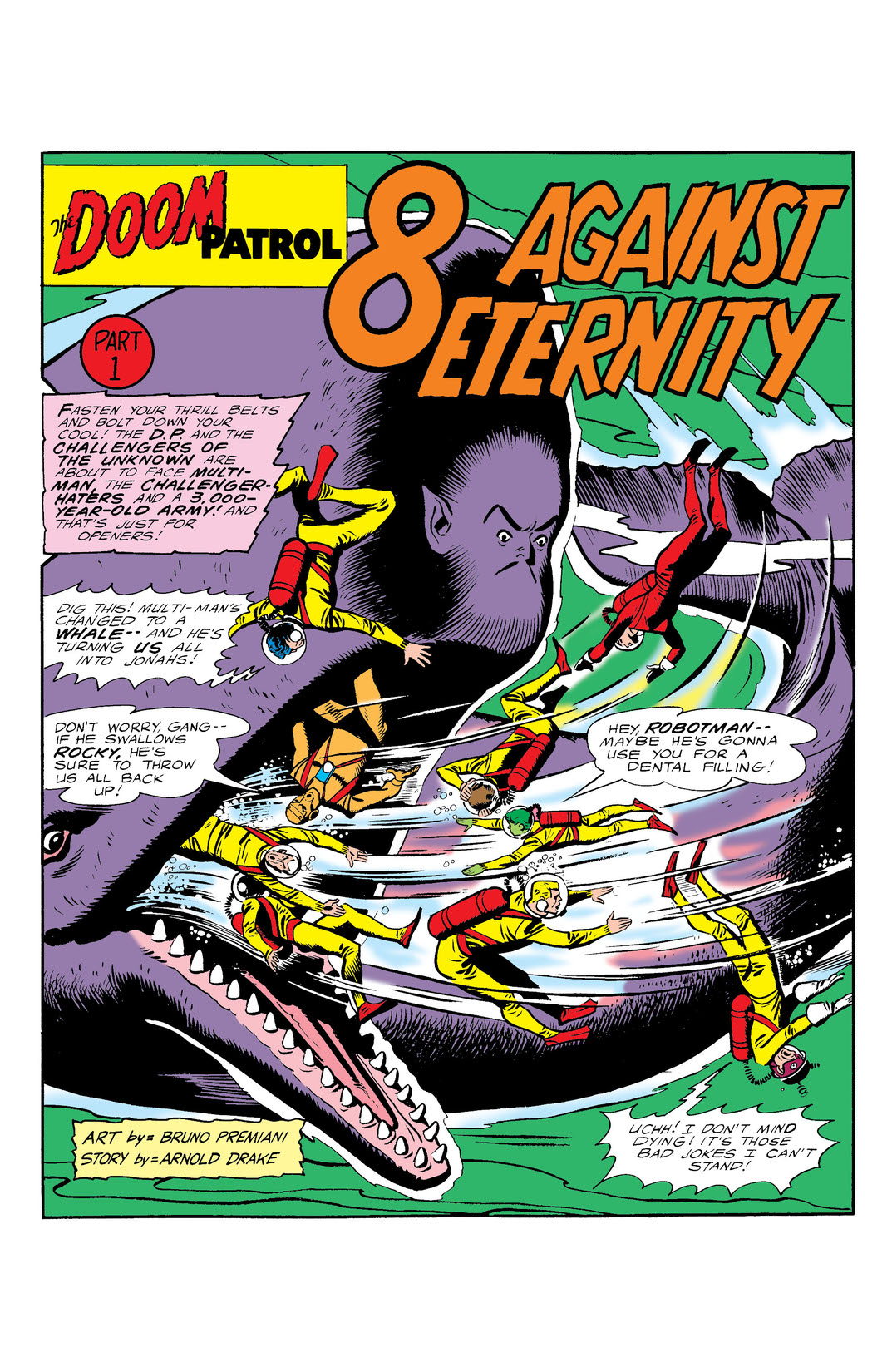 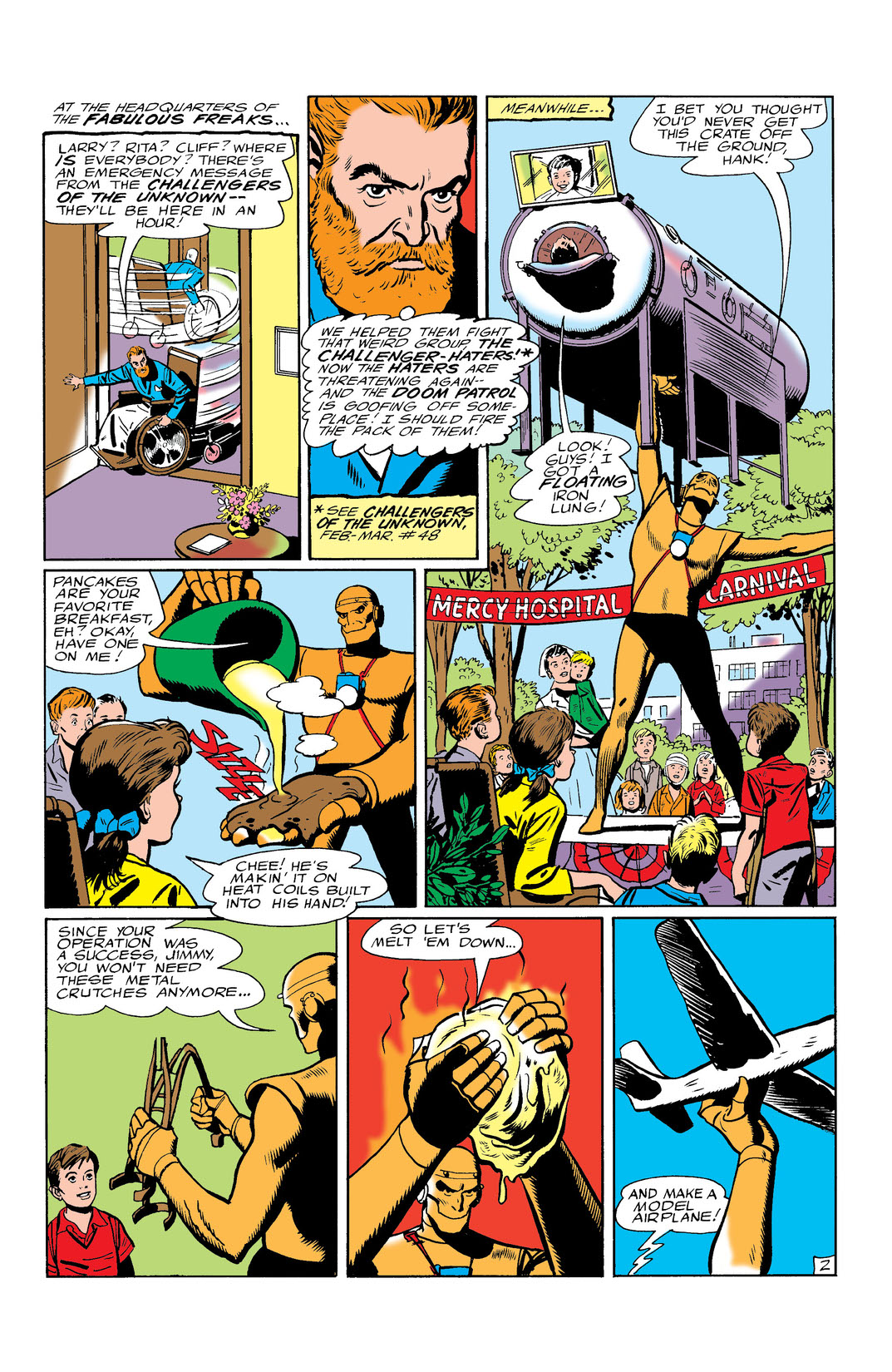 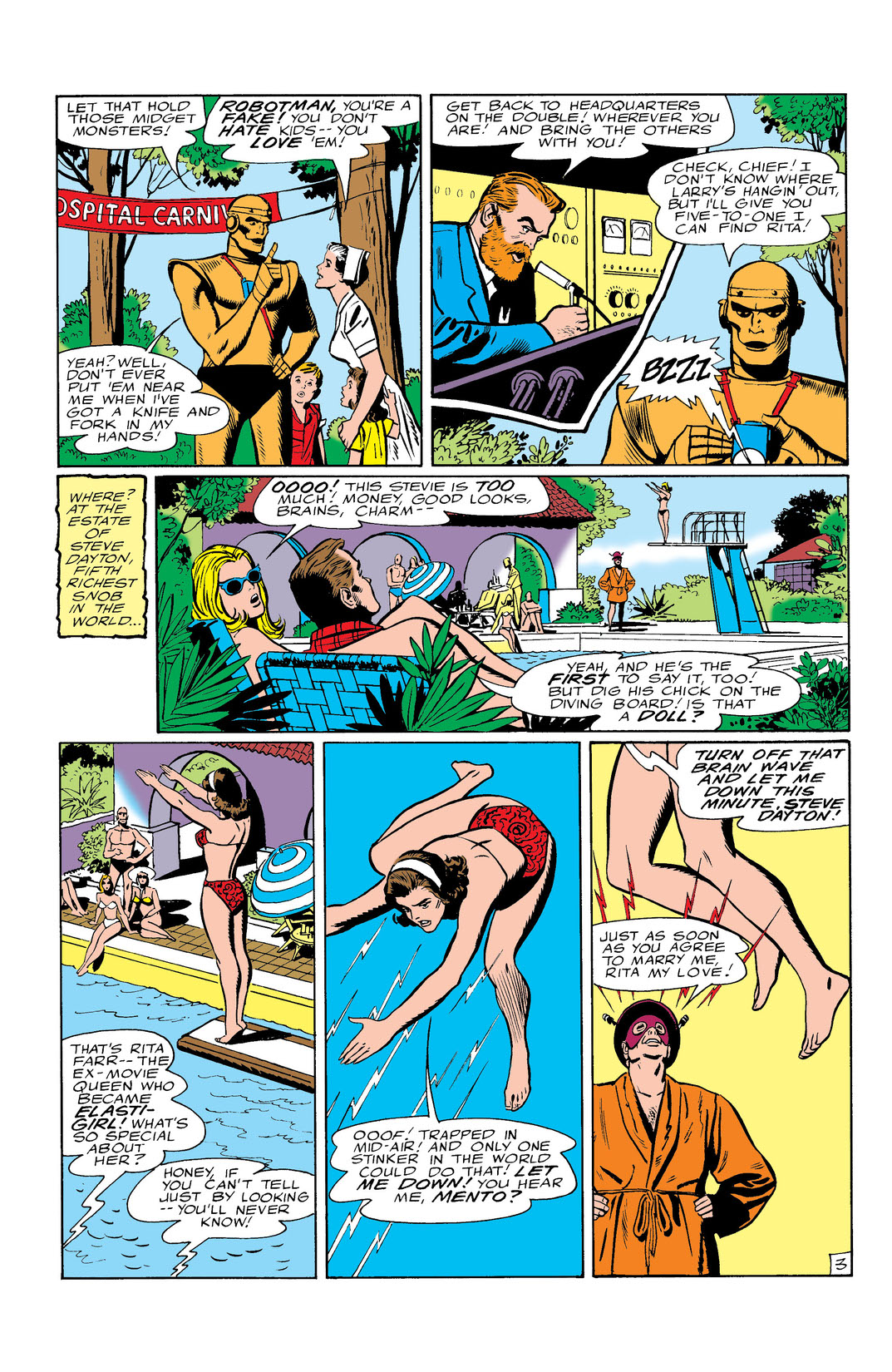 "EIGHT AGAINST ETERNITY" featuring the Challengers of the Unknown! The Chief assembles the Patrol at headquarters in Midway City. When they arrive, they find the adventurers known as the Challengers of the Unknown waiting for them. They inform the Patrol that Multi-Man and his League of Challenger Haters have been drilling in the undersea ruins of an ancient site located not far from fabled Atlantis. The two teams decide to work together to bring Multi-Man down once and for all.