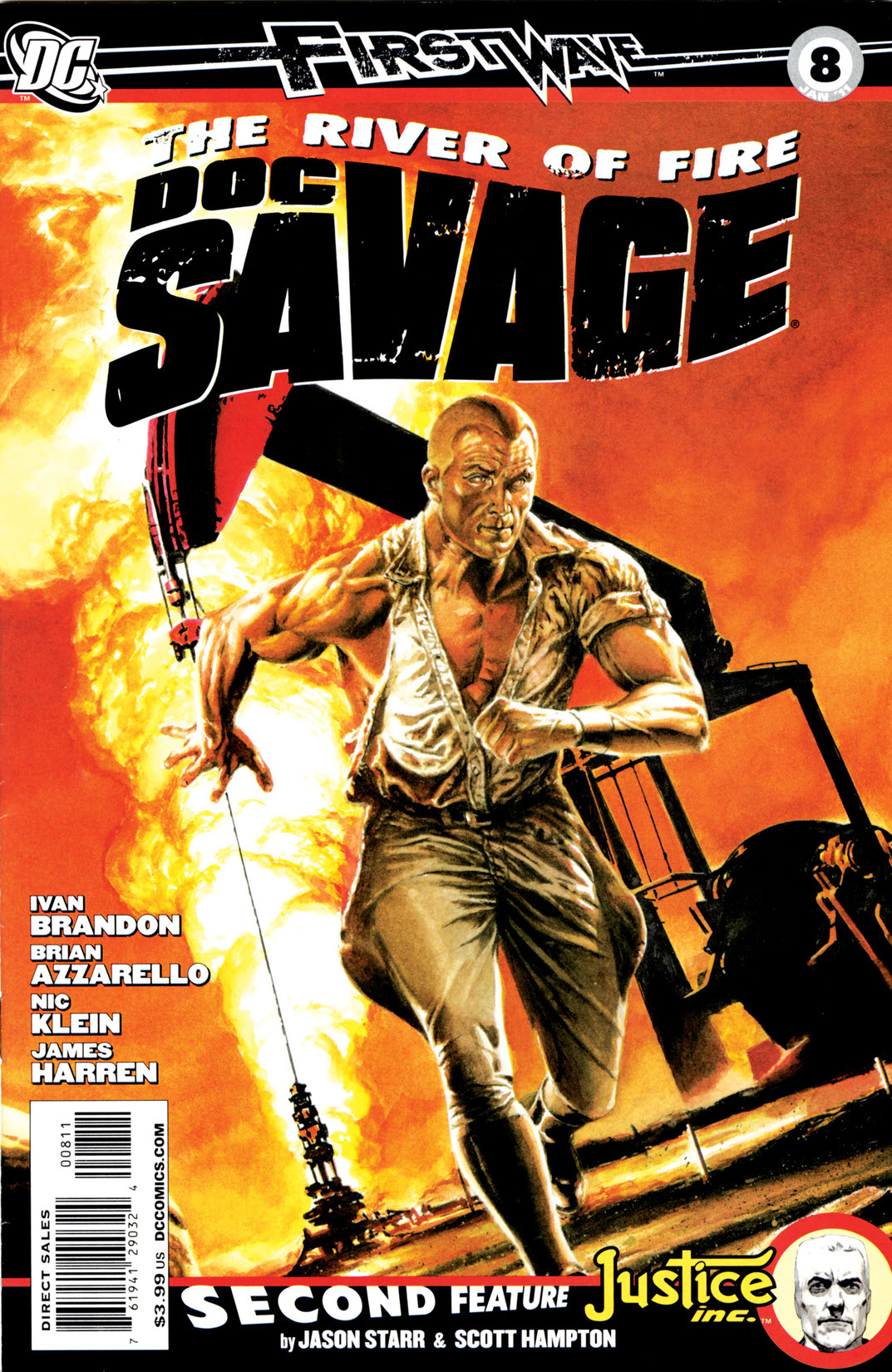 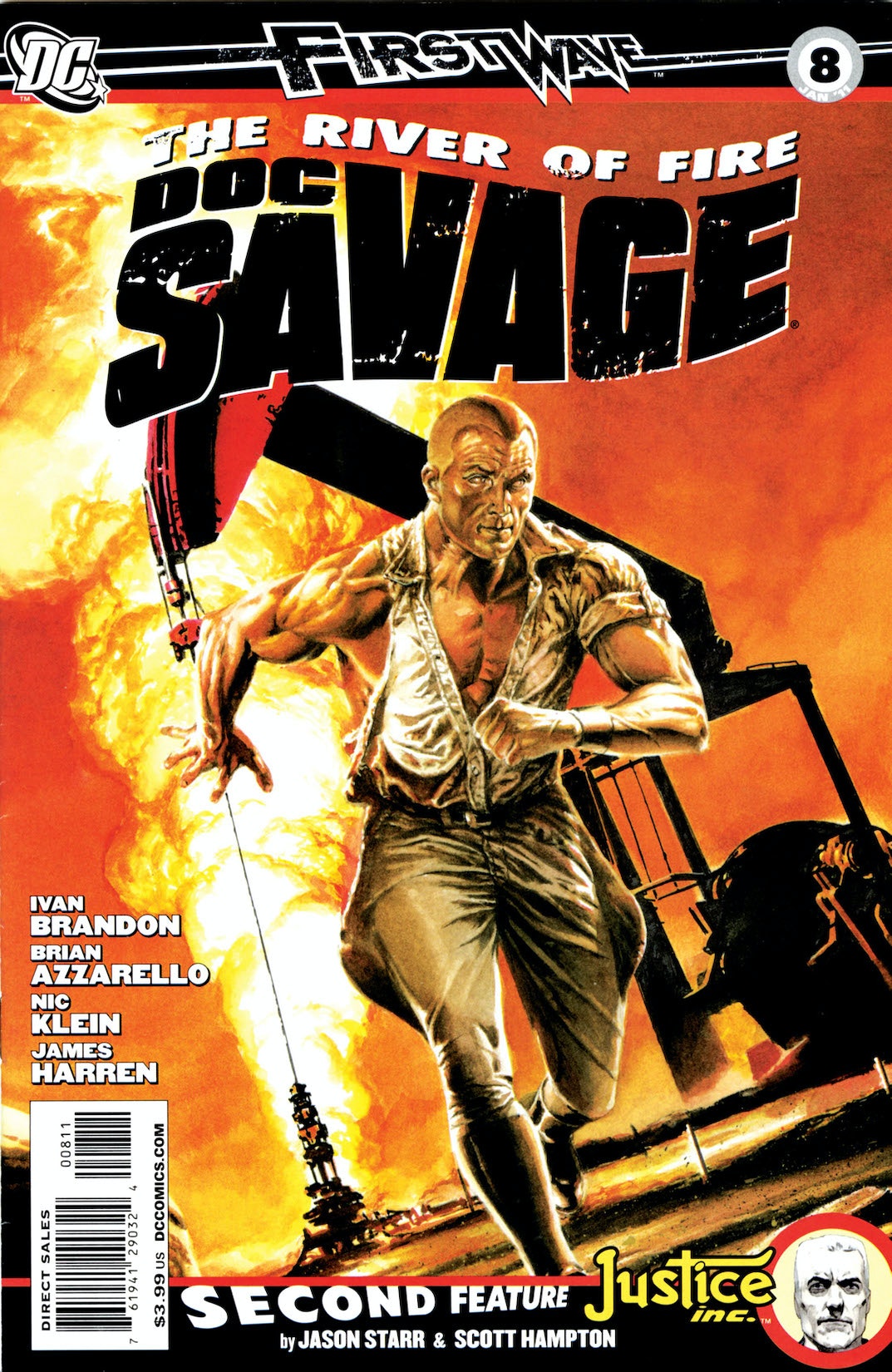 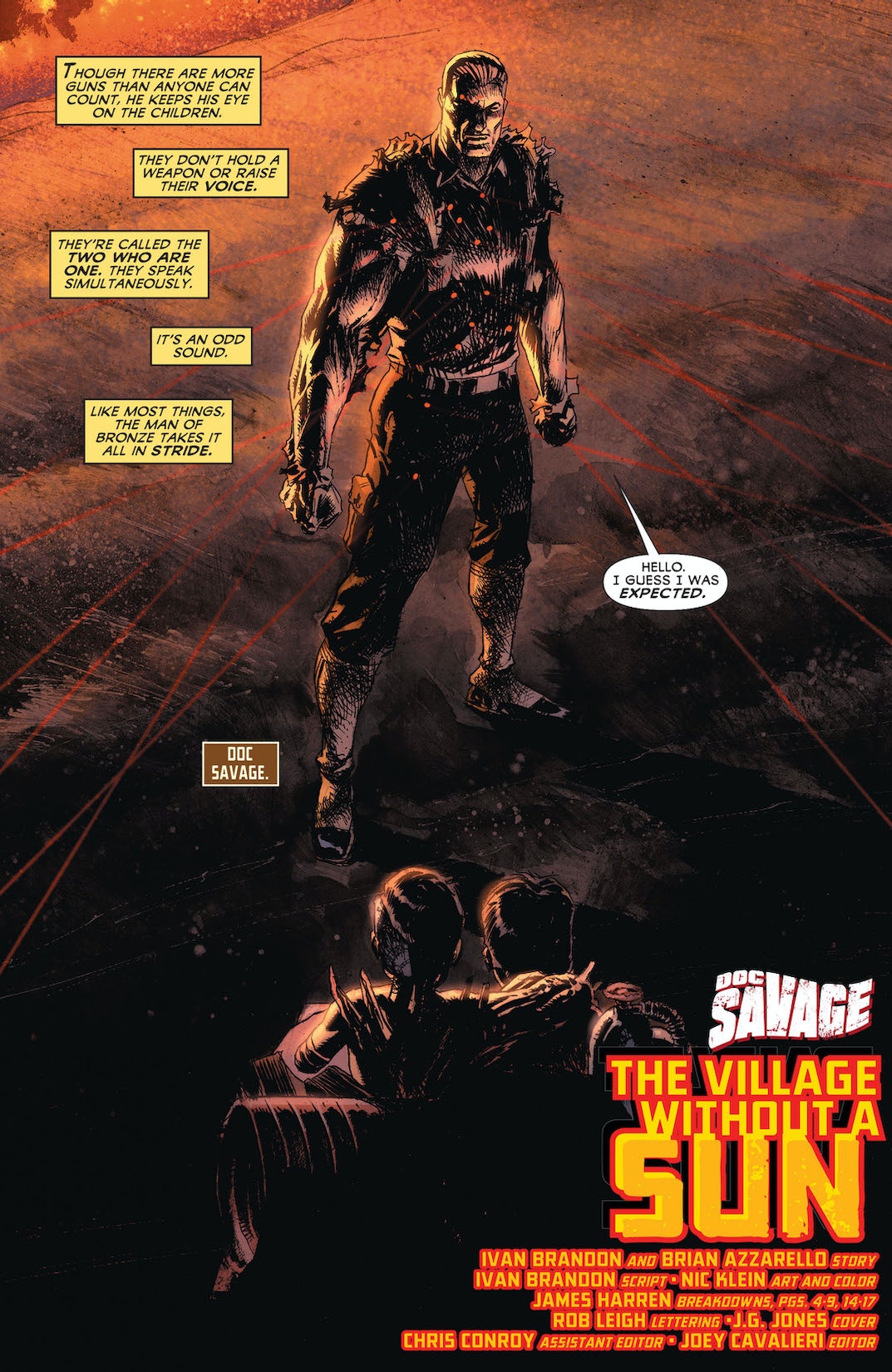 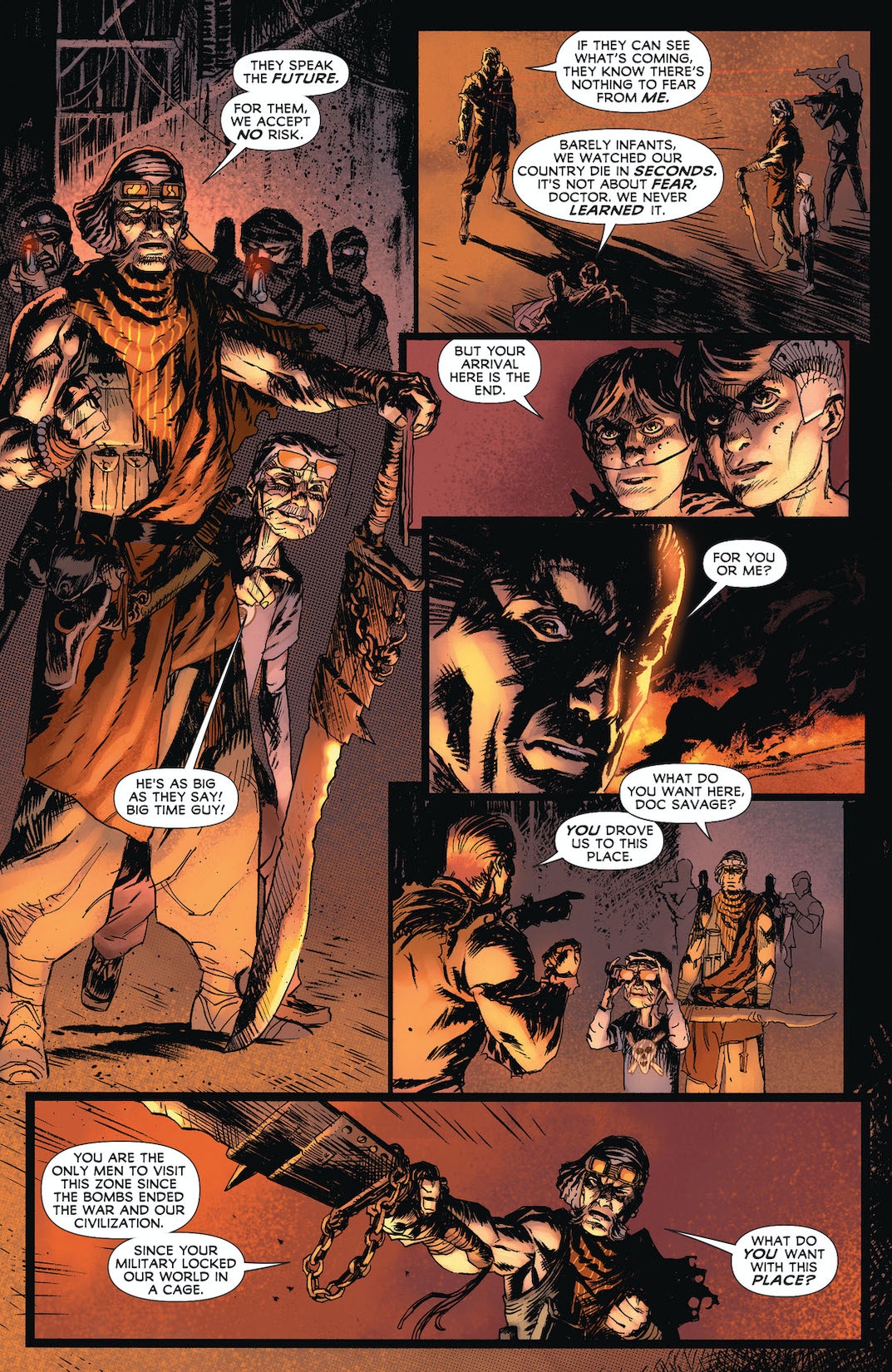 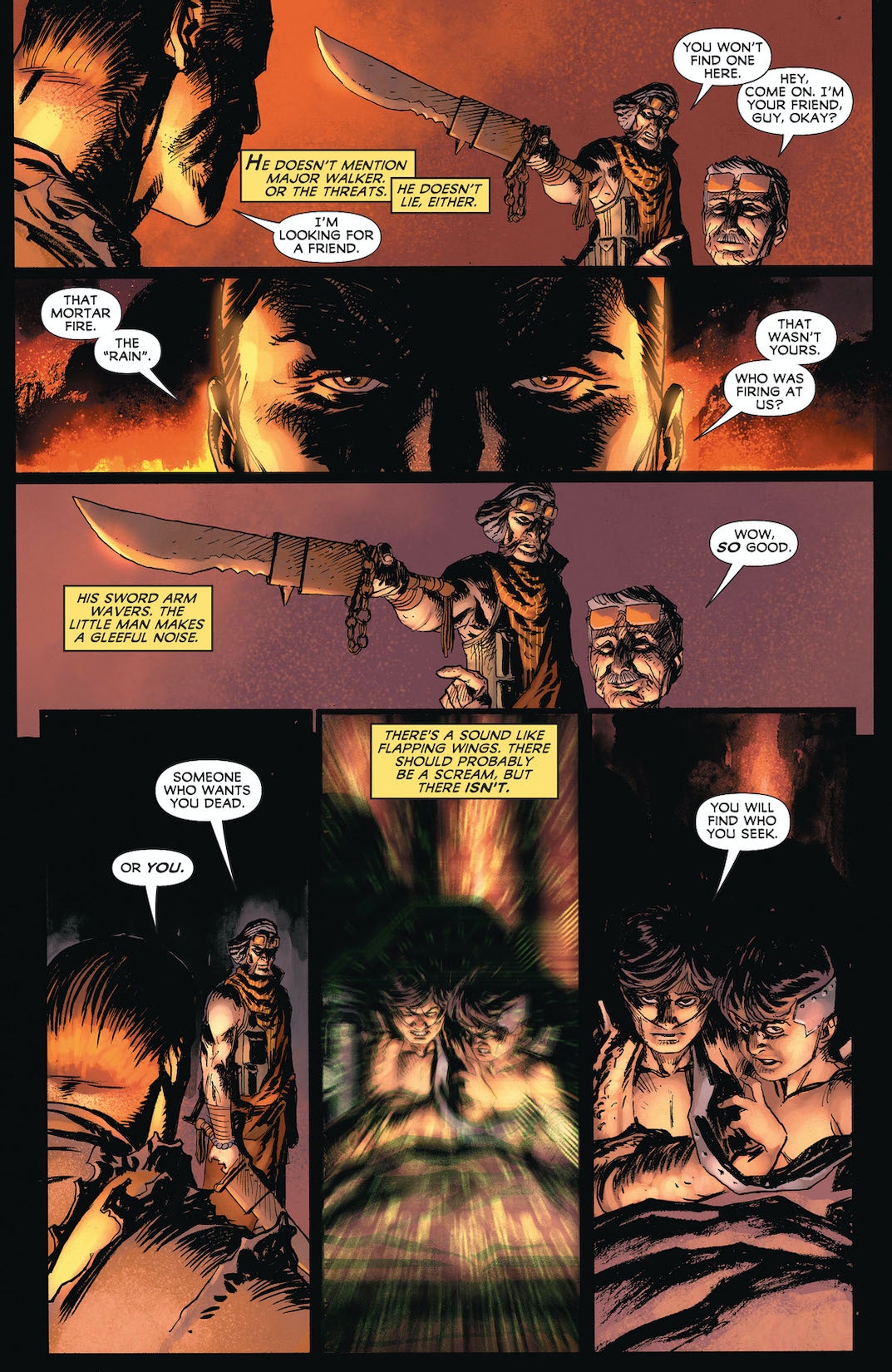 Doc's Middle-Eastern adventure continues with a heart-to-heart with the Two Who Are One beside a burning lake of oil and the revelation of a threat far greater than any weapon of mass destruction! In the JUSTICE, INC. co-feature, The Avenger is cutting a bloody chunk out of New York's underworld while Smitty fumes in prison!