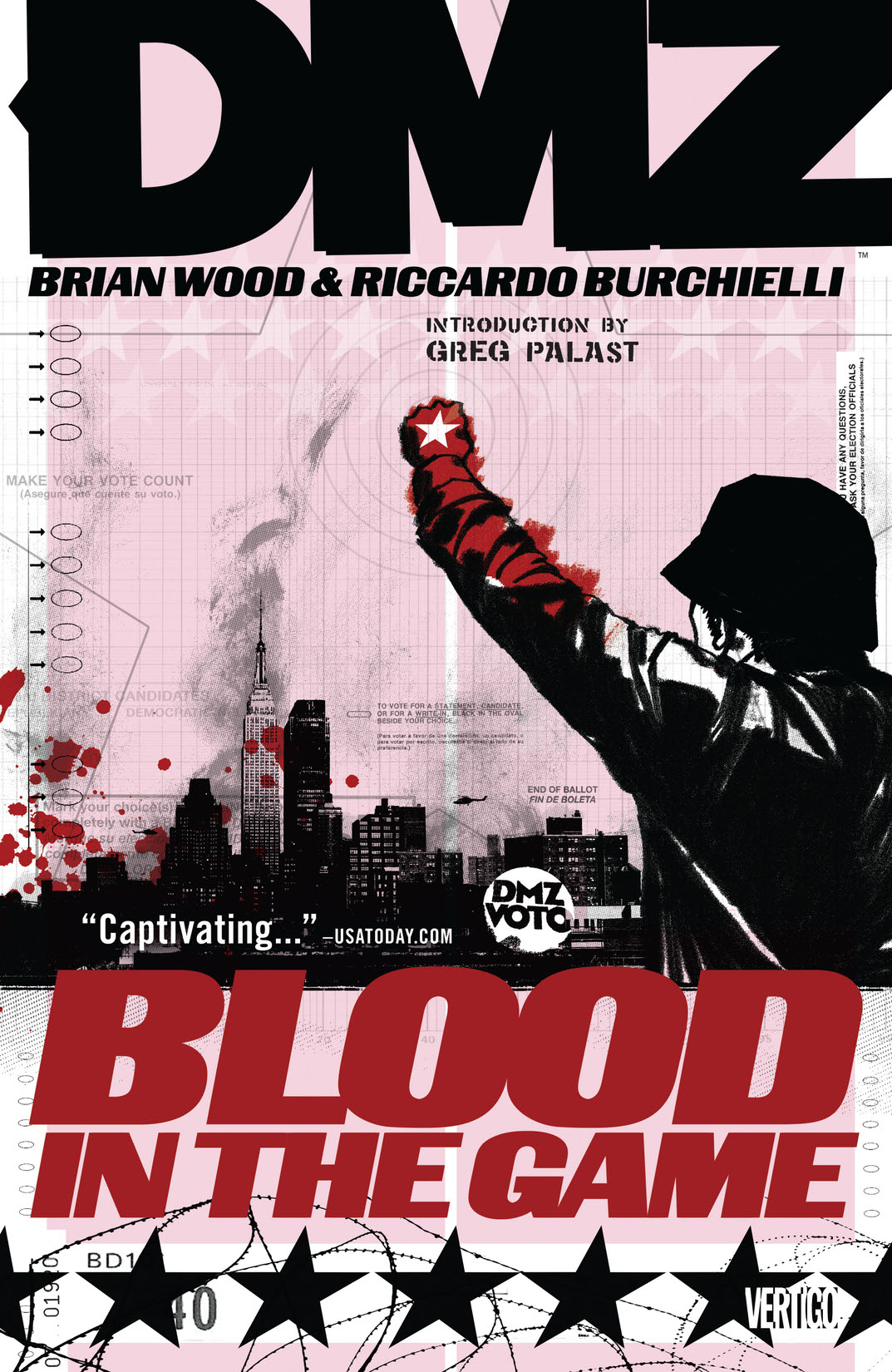 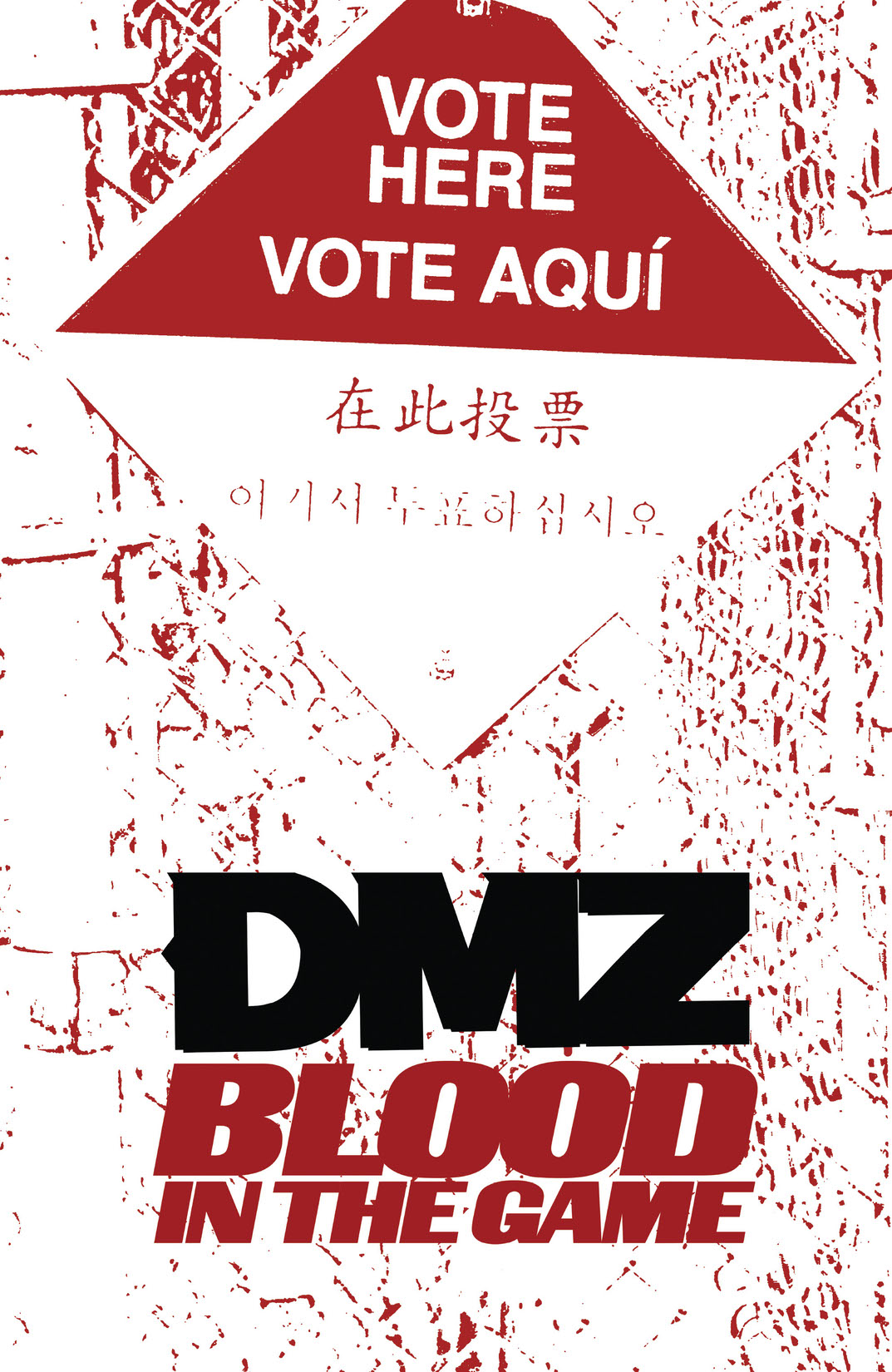 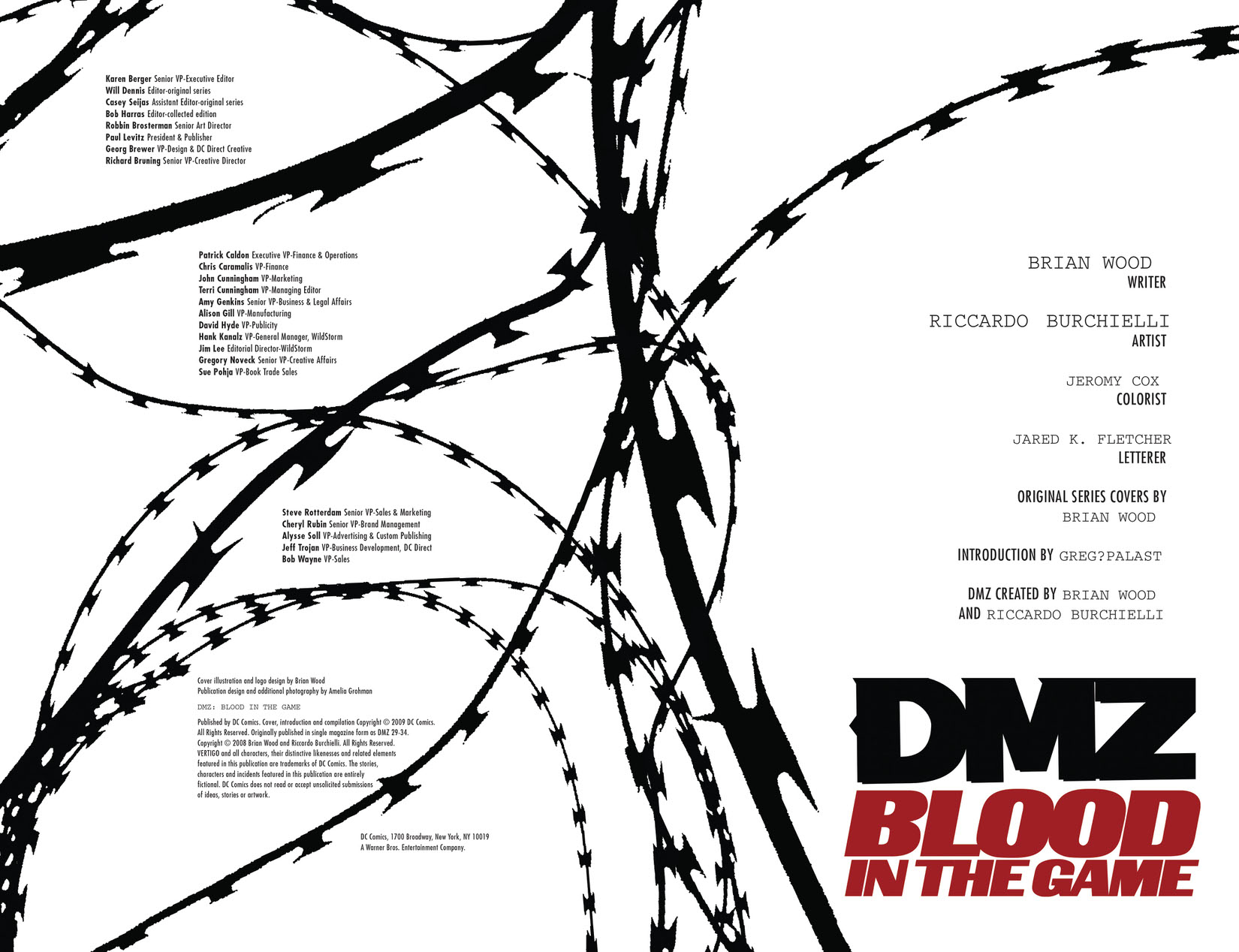 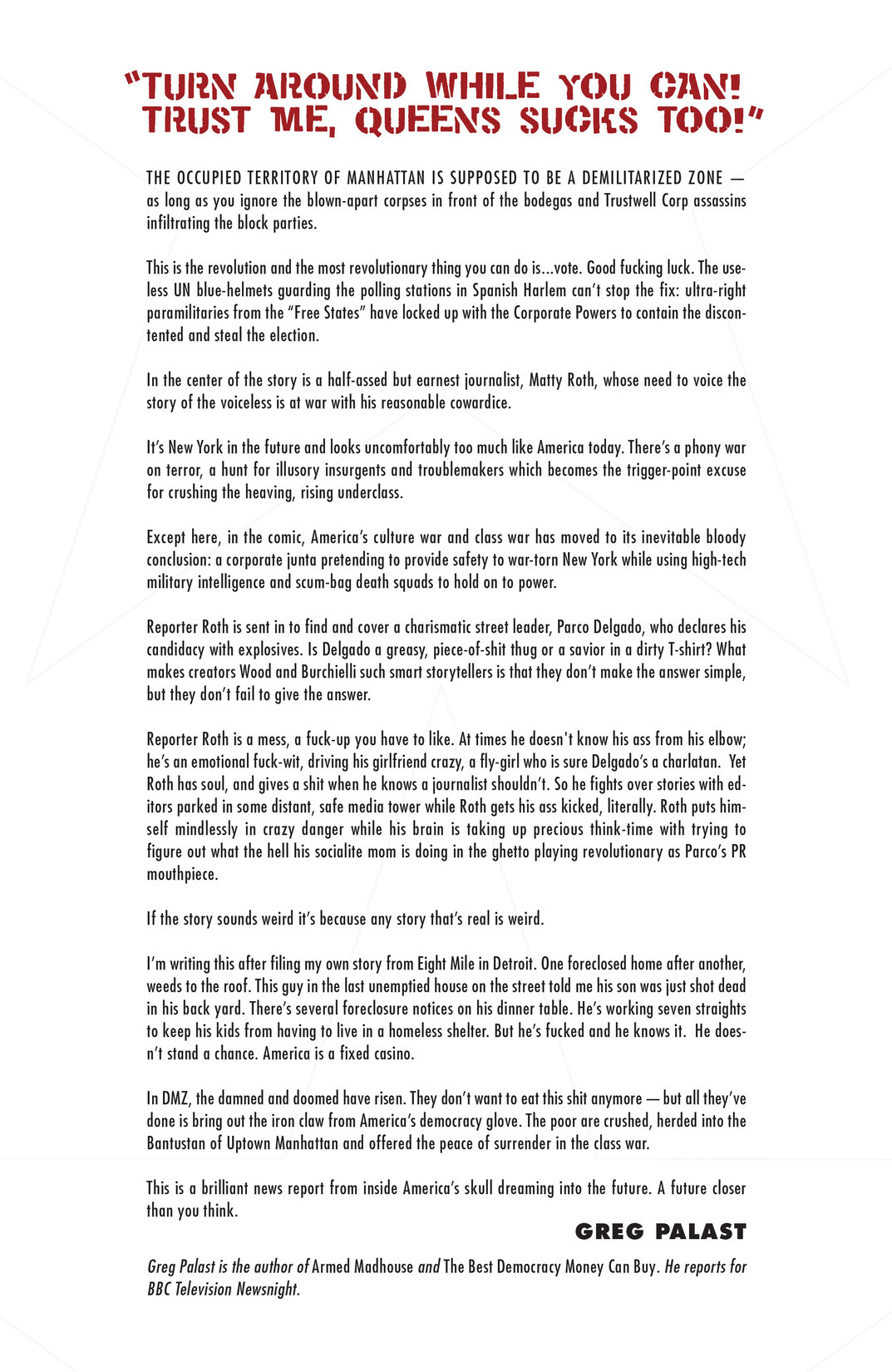 The world and characters of the DMZ — a futuristic, war-torn Manhattan — are expanded and enriched in this sixth volume of the acclaimed series as journalist Matty Roth. The United States has decided to resume reconciliation talks with the Free States, but a major new player in the Free States political world could destroy any hope of a unified state. Matty's relationships are strained to the breaking point when he decides to profile the revolutionary leader Delgado and sets in motion a series of events that will alter the course of the Free States forever.