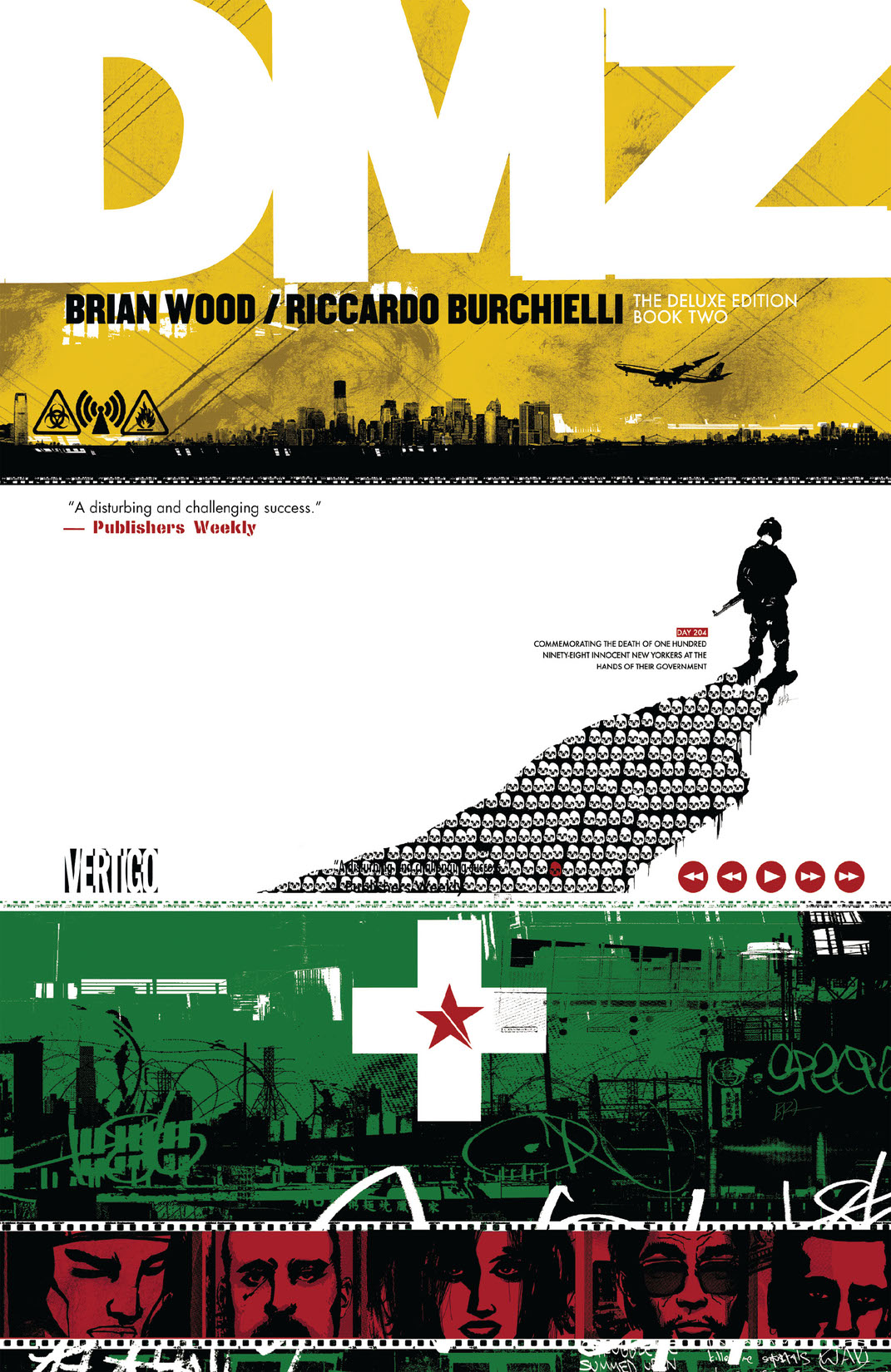 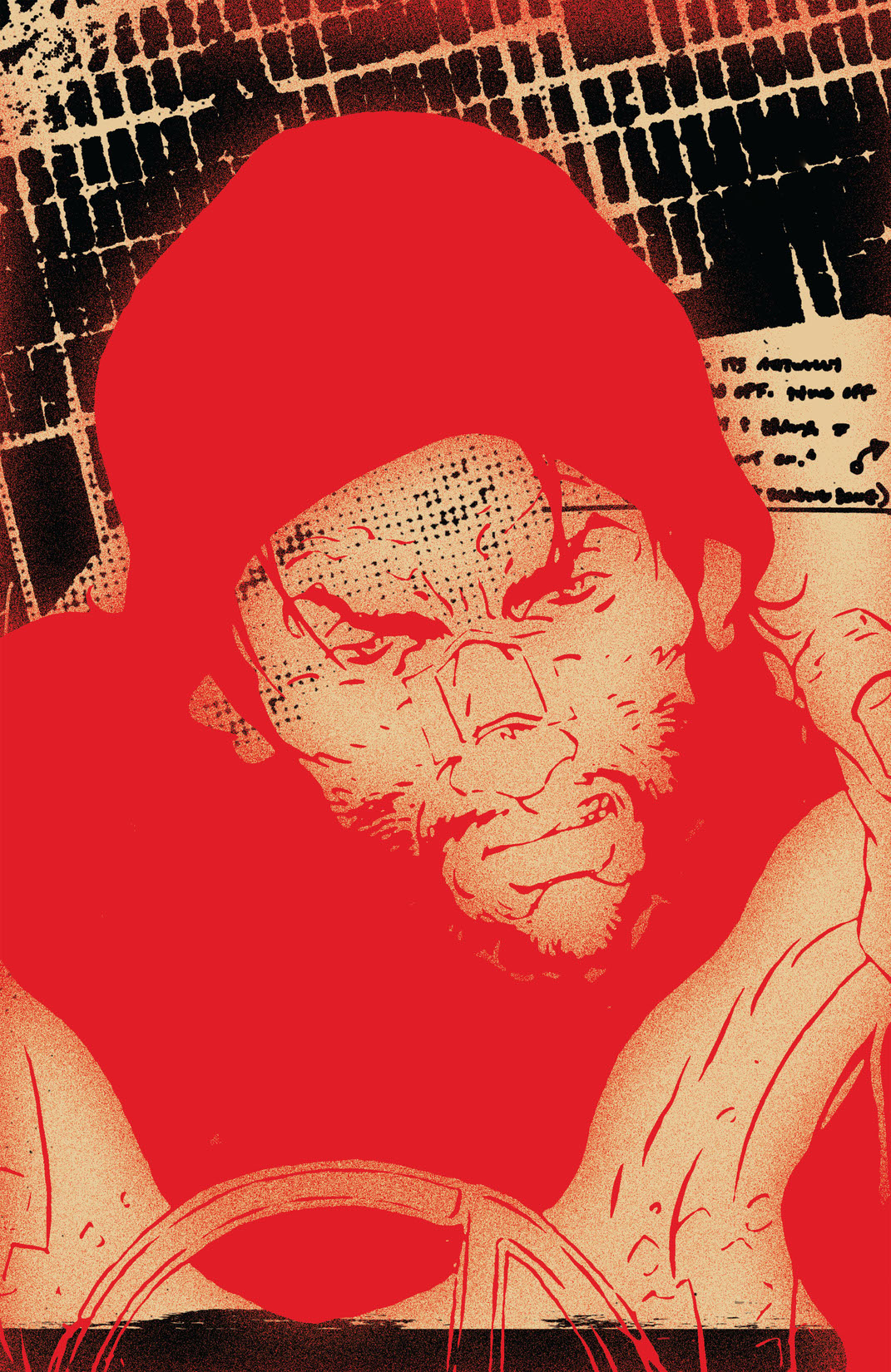 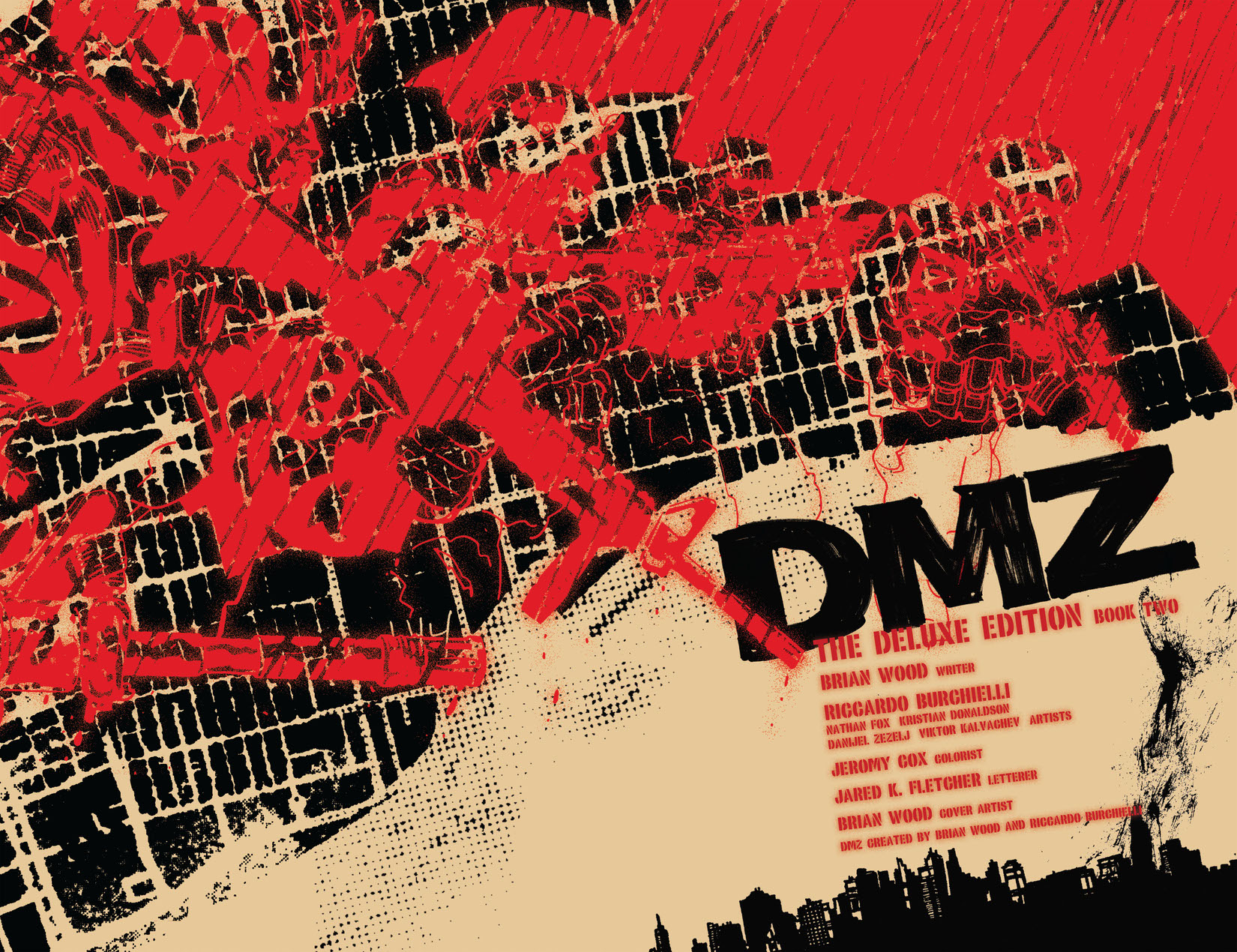 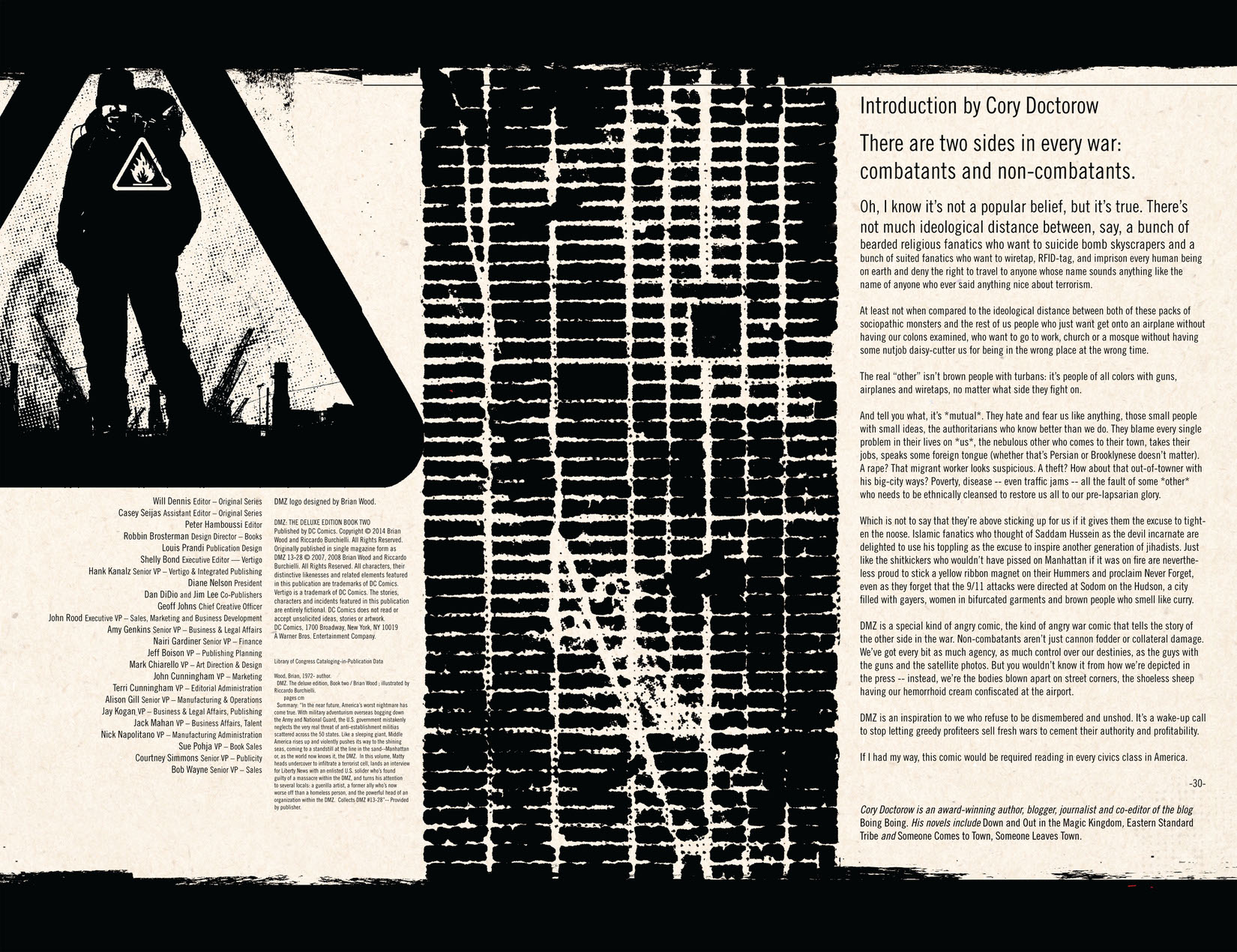 In the near future, America's worst nightmare has come true. With military adventurism overseas bogging down the Army and National Guard, the U.S. government mistakenly neglects the very real threat of anti-establishment militias scattered across the 50 states. Like a sleeping giant, Middle America rises up and violently pushes its way to the shining seas, coming to a standstill at the line in the sand--Manhattan or, as the world now knows it, the DMZ. In this volume, Matty heads undercover to infiltrate a terrorist cell, lands an interview for Liberty News with an enlisted U.S. solider who's found guilty of a massacre within the DMZ, and turns his attention to several locals: a guerilla artist, a former ally who's now worse off than a homeless person, and the powerful head of an organization within the DMZ. Collects DMZ #13-28.