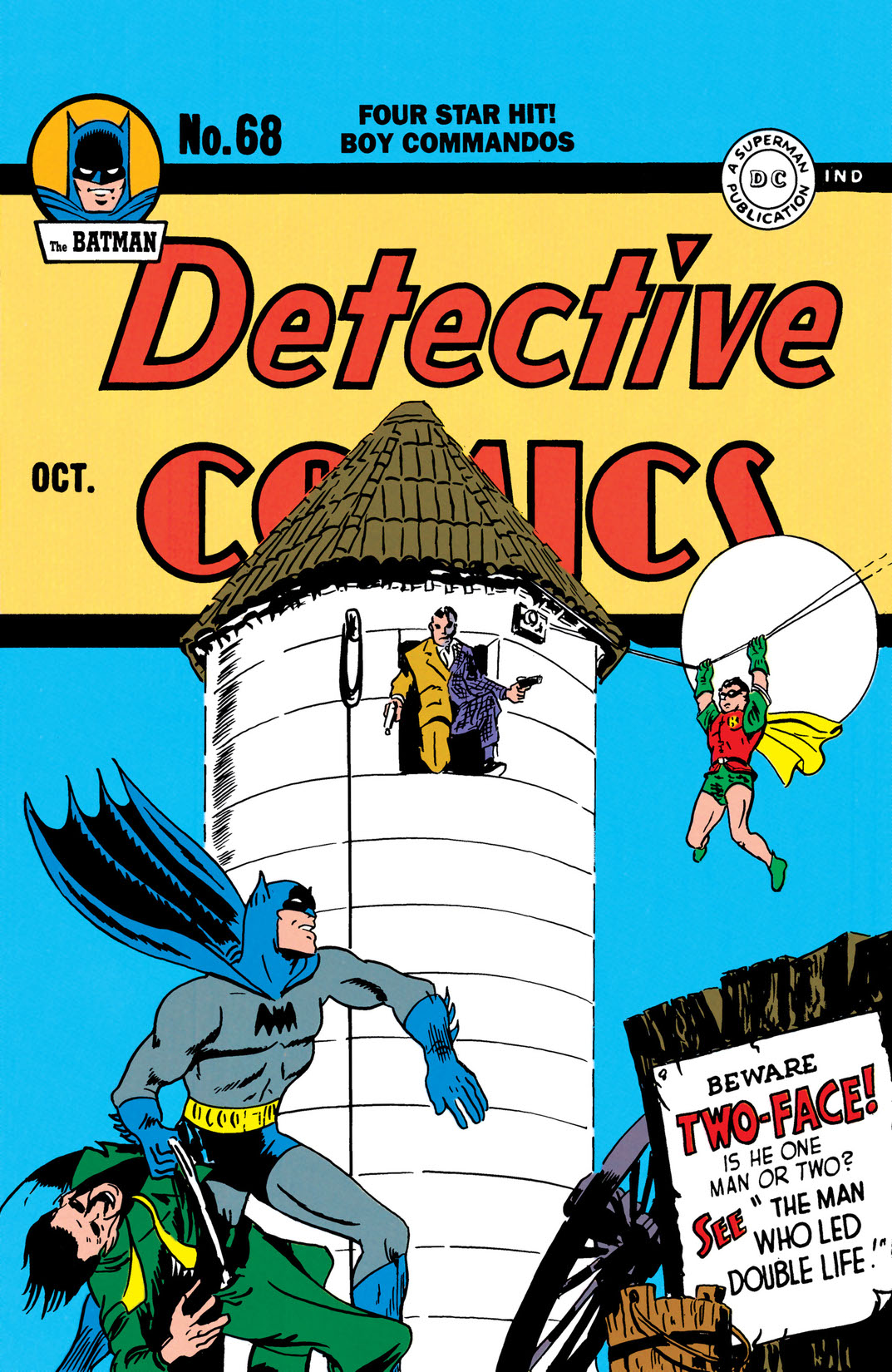 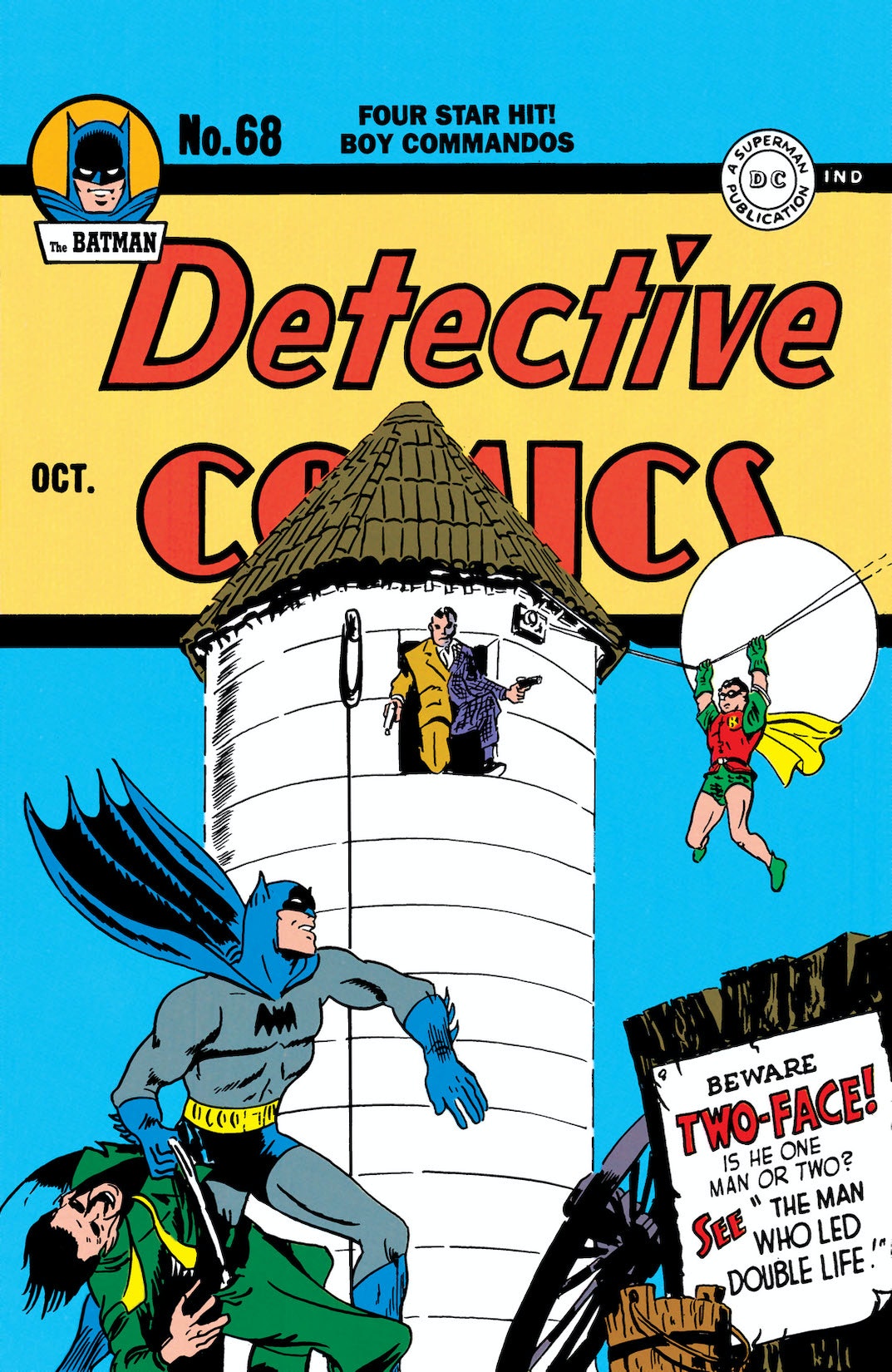 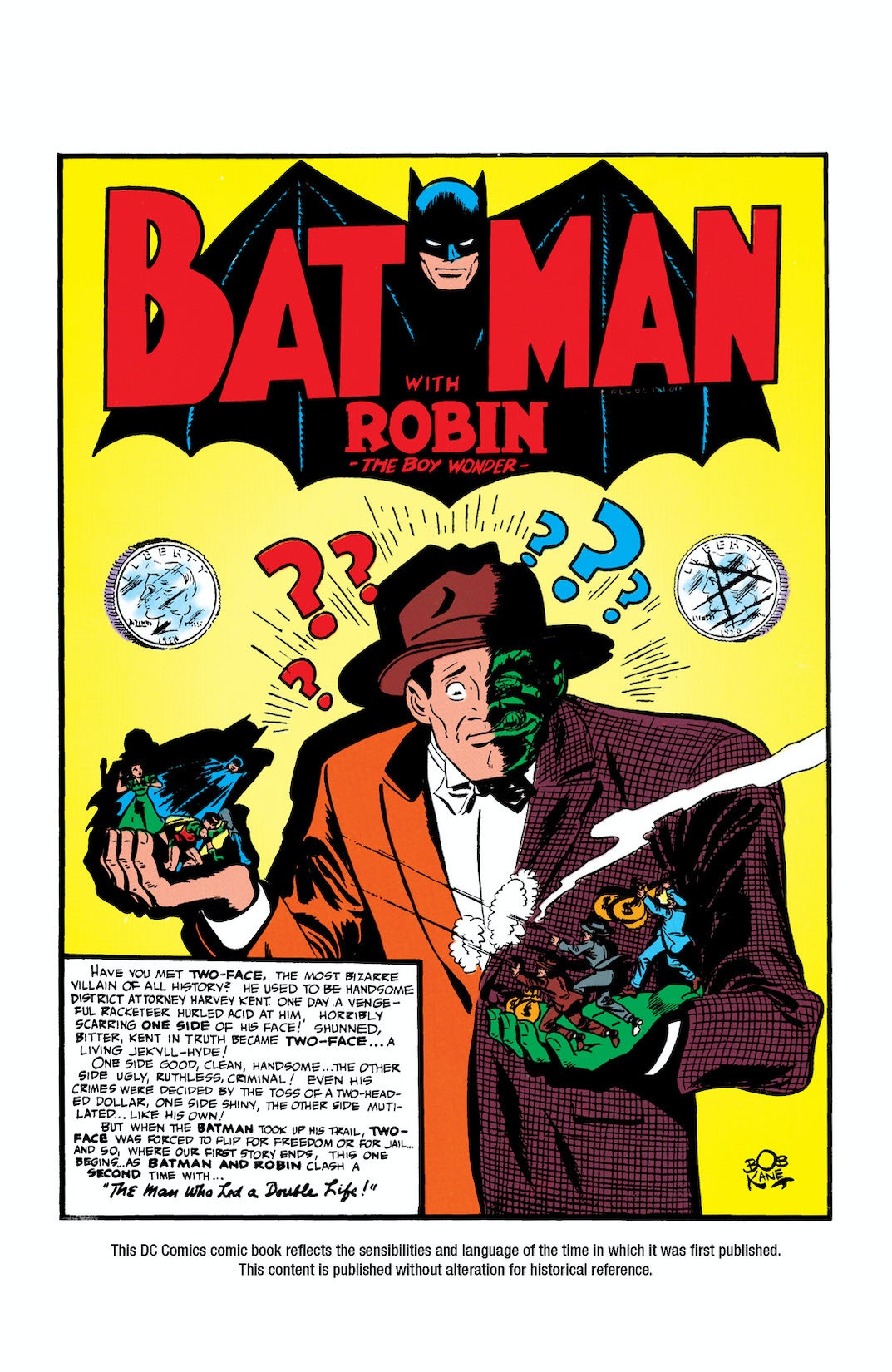 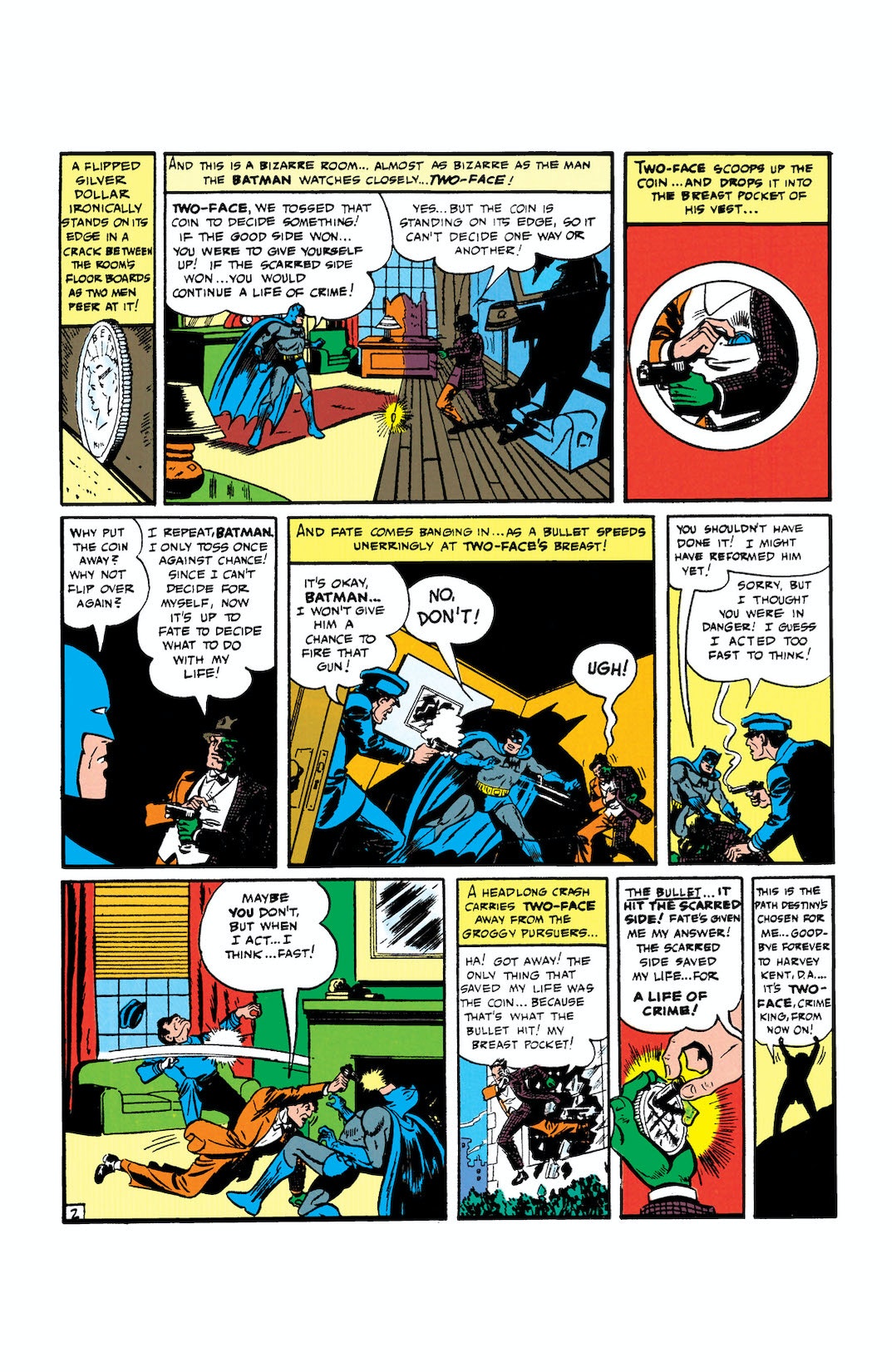 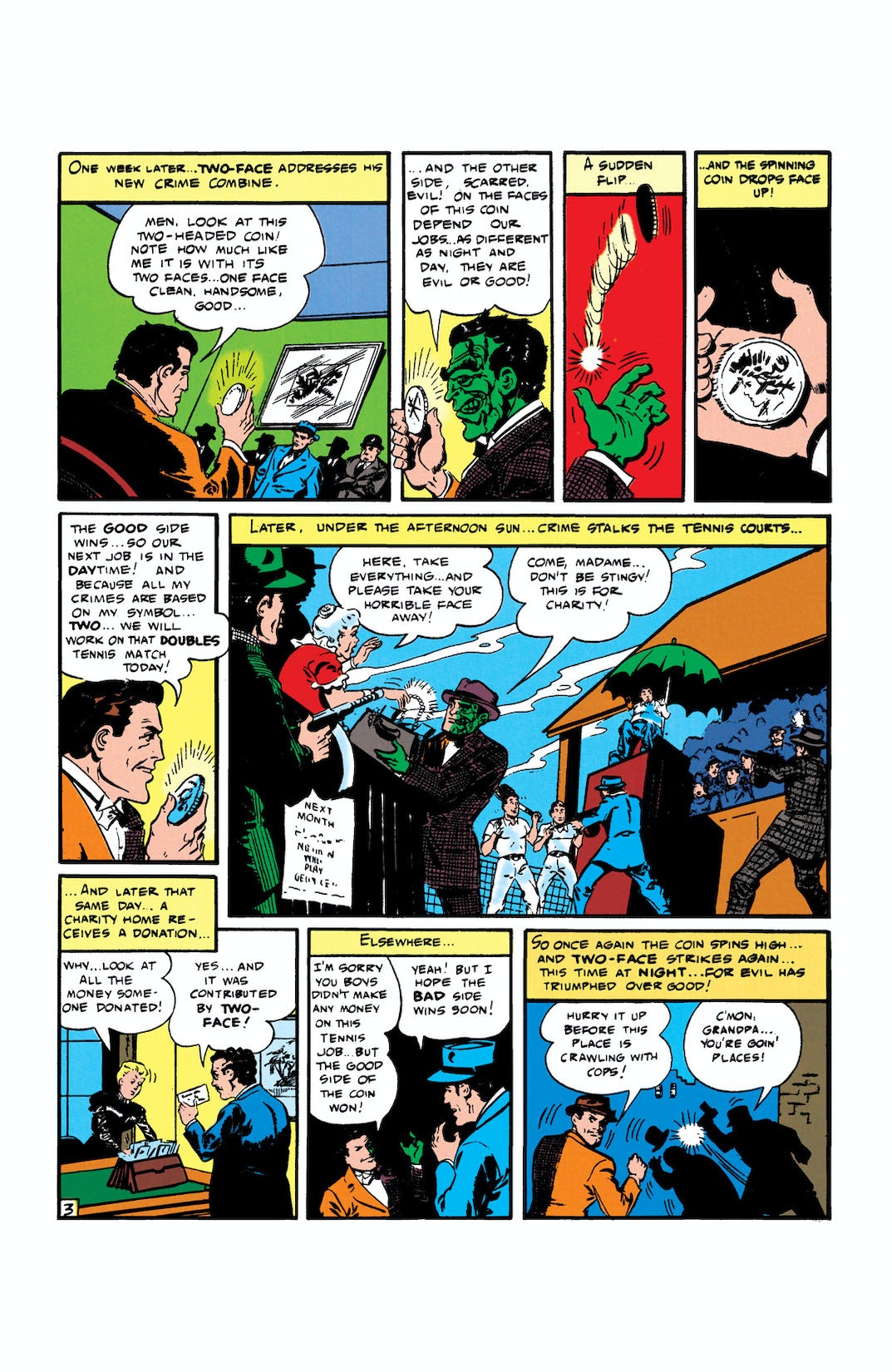 “THE MAN WHO LED A DOUBLE LIFE!” Batman fights to redeem his former friend Harvey Dent, now the diabolical madman known as Two-Face! Plus, "THE TREACHERY OF OSUKI" This DC Comics comic book reflects the sensibilities and language of the time in which it was first published. This content is published without alteration for historical reference.