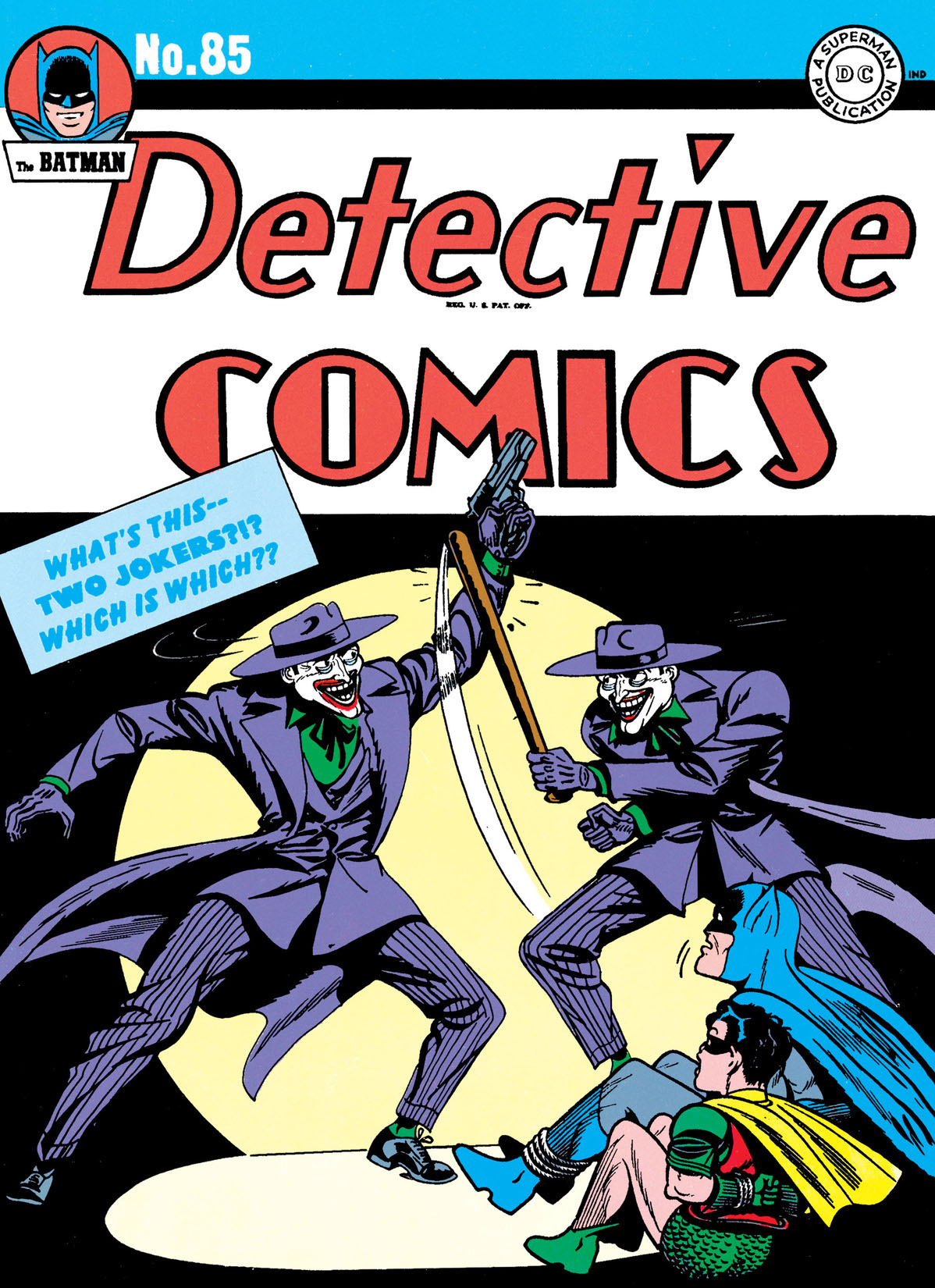 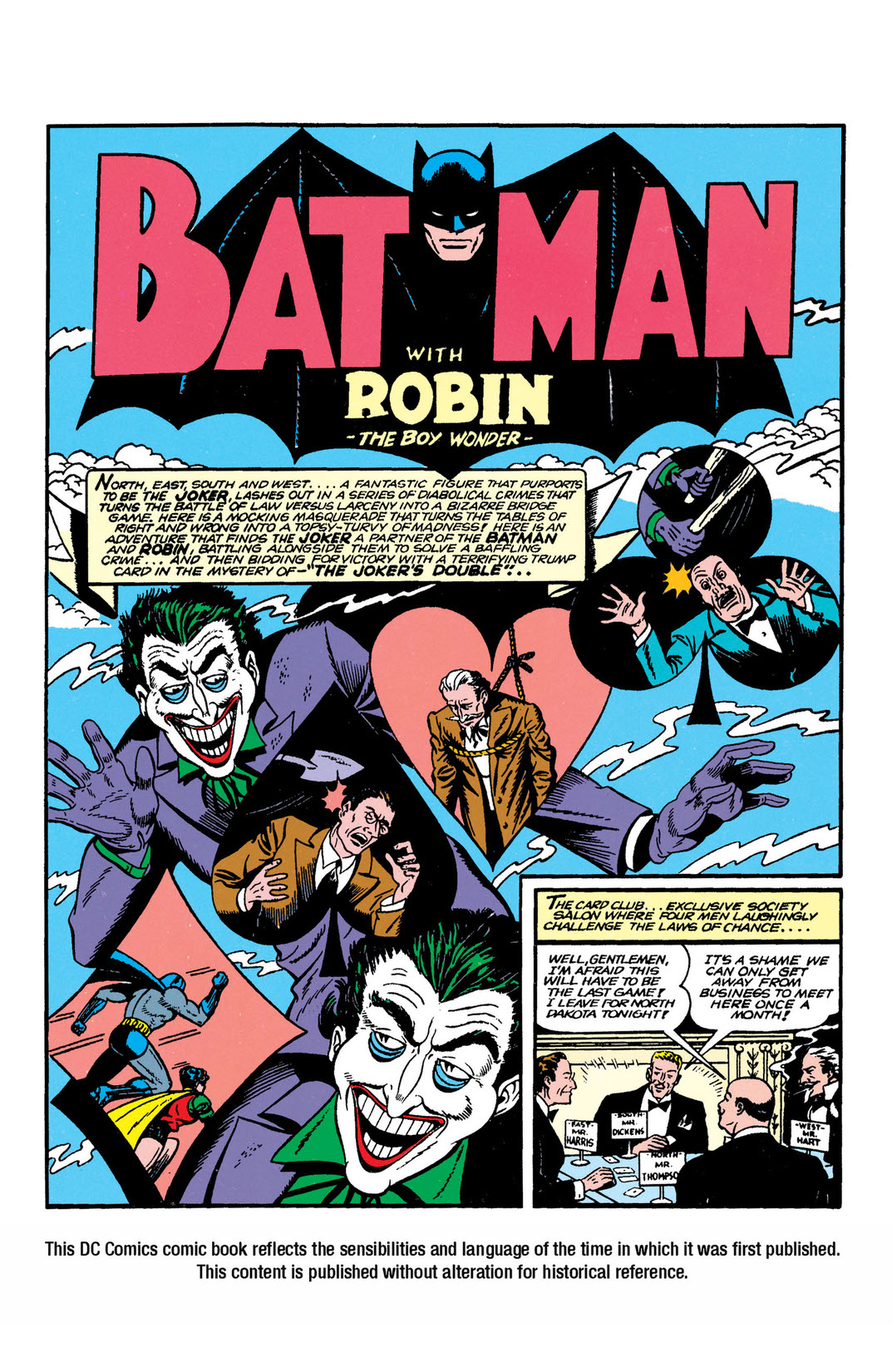 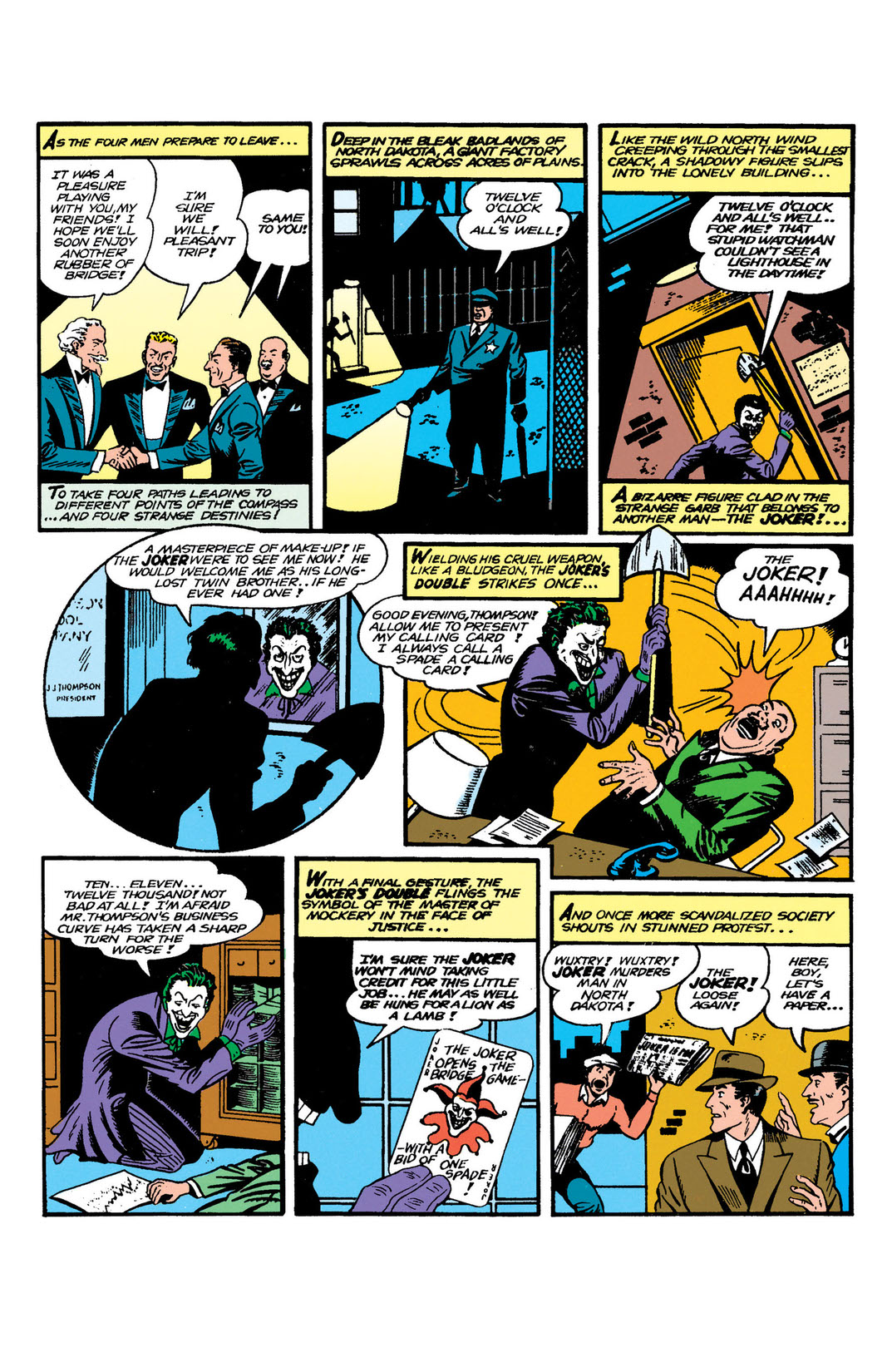 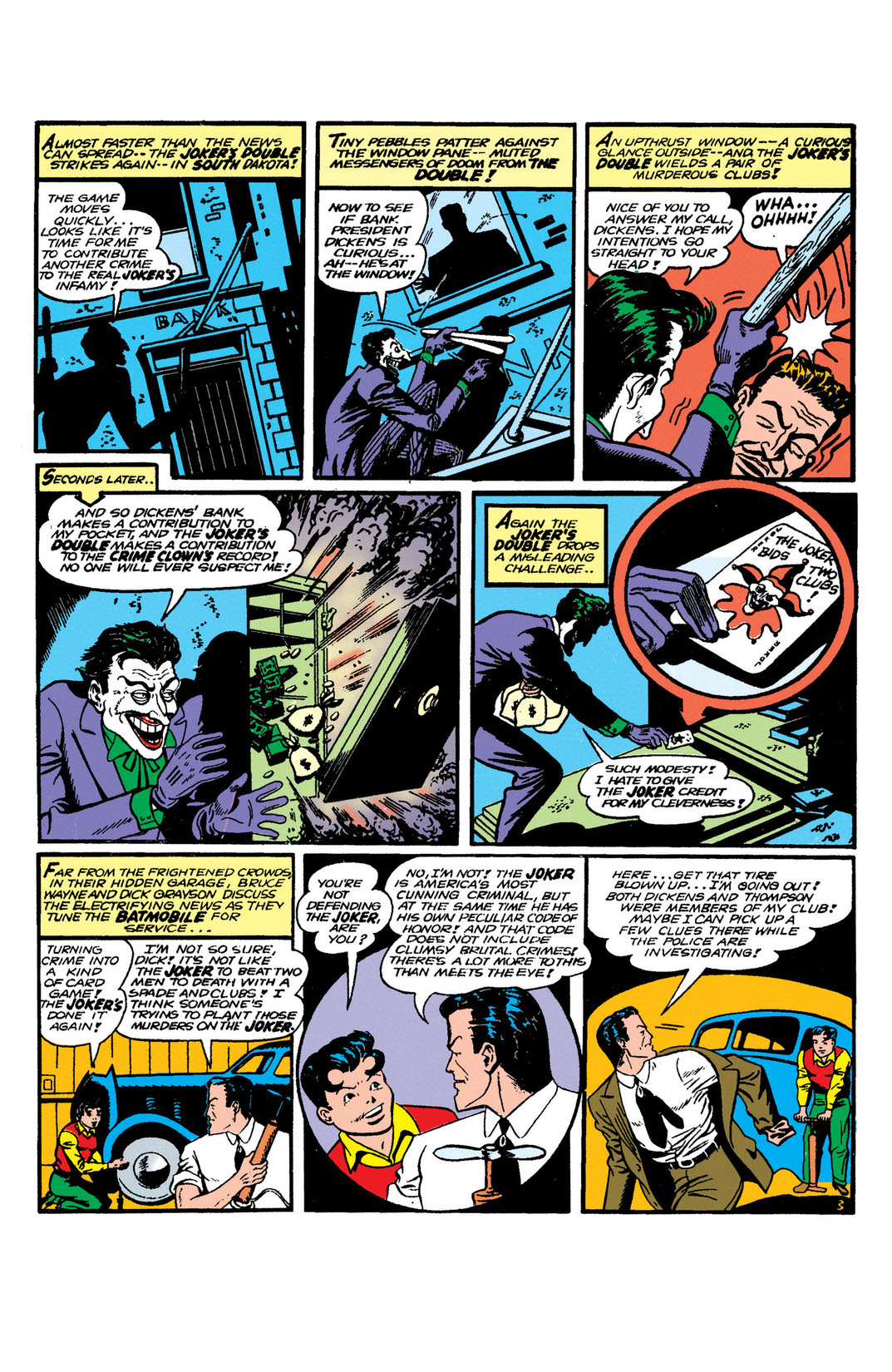 Four members of a famed card club become the targets for the Clown Prince of Crime, but Batman and Robin discover that The Joker didn’t commit the crimes, and they attempt to track down the real culprit. NOTE: Not all backup stories advertised on the cover are be included.