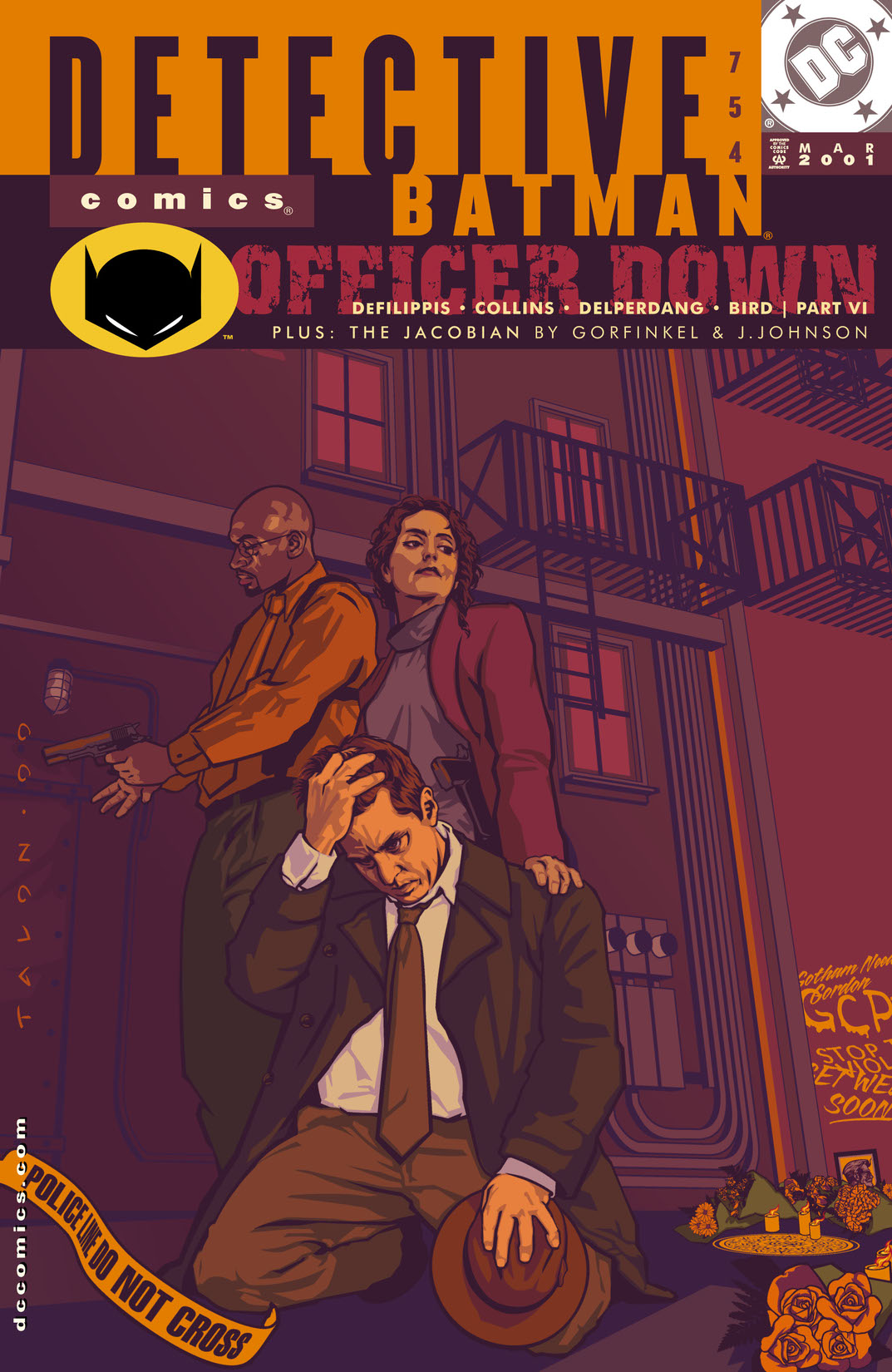 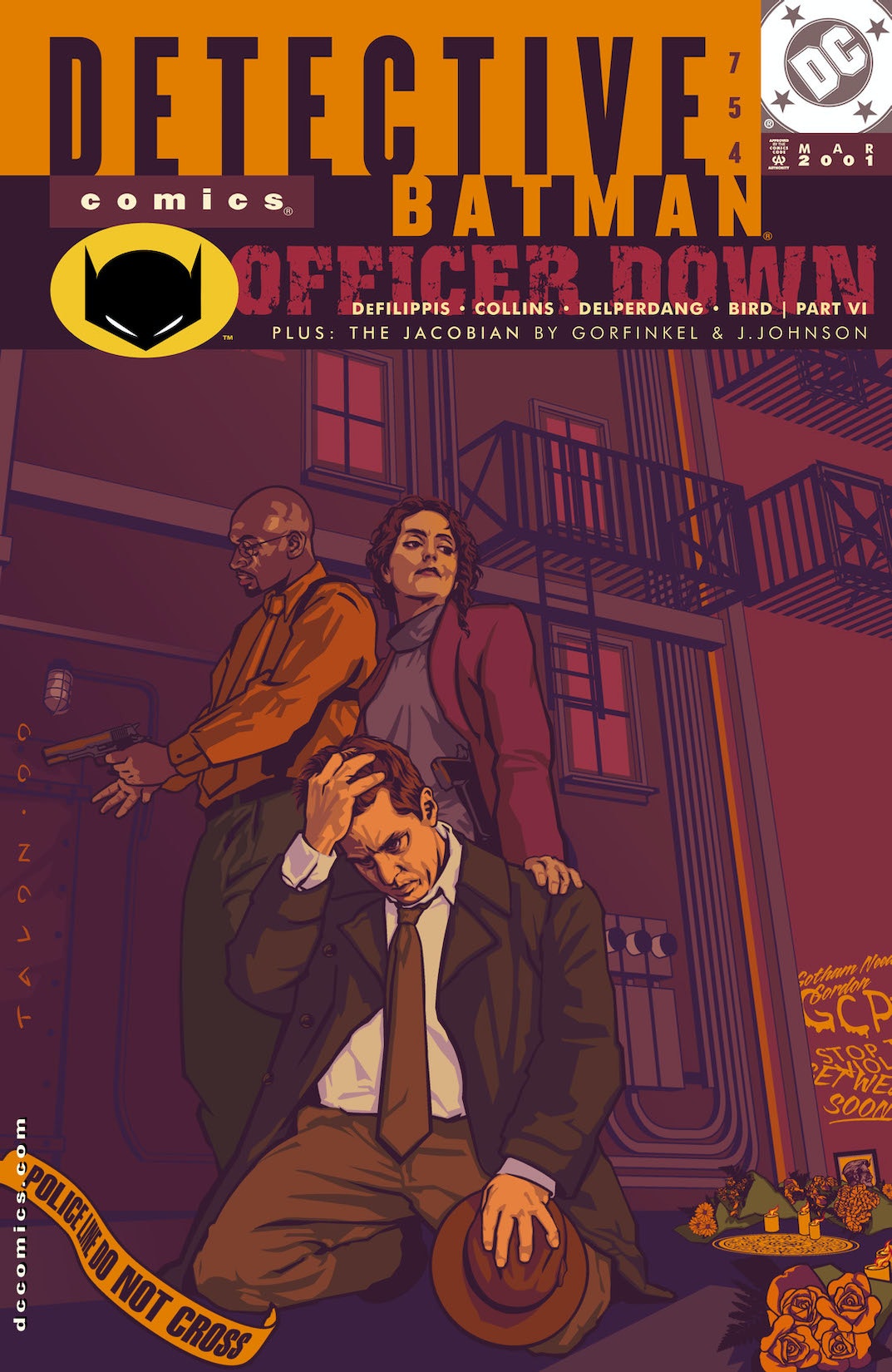 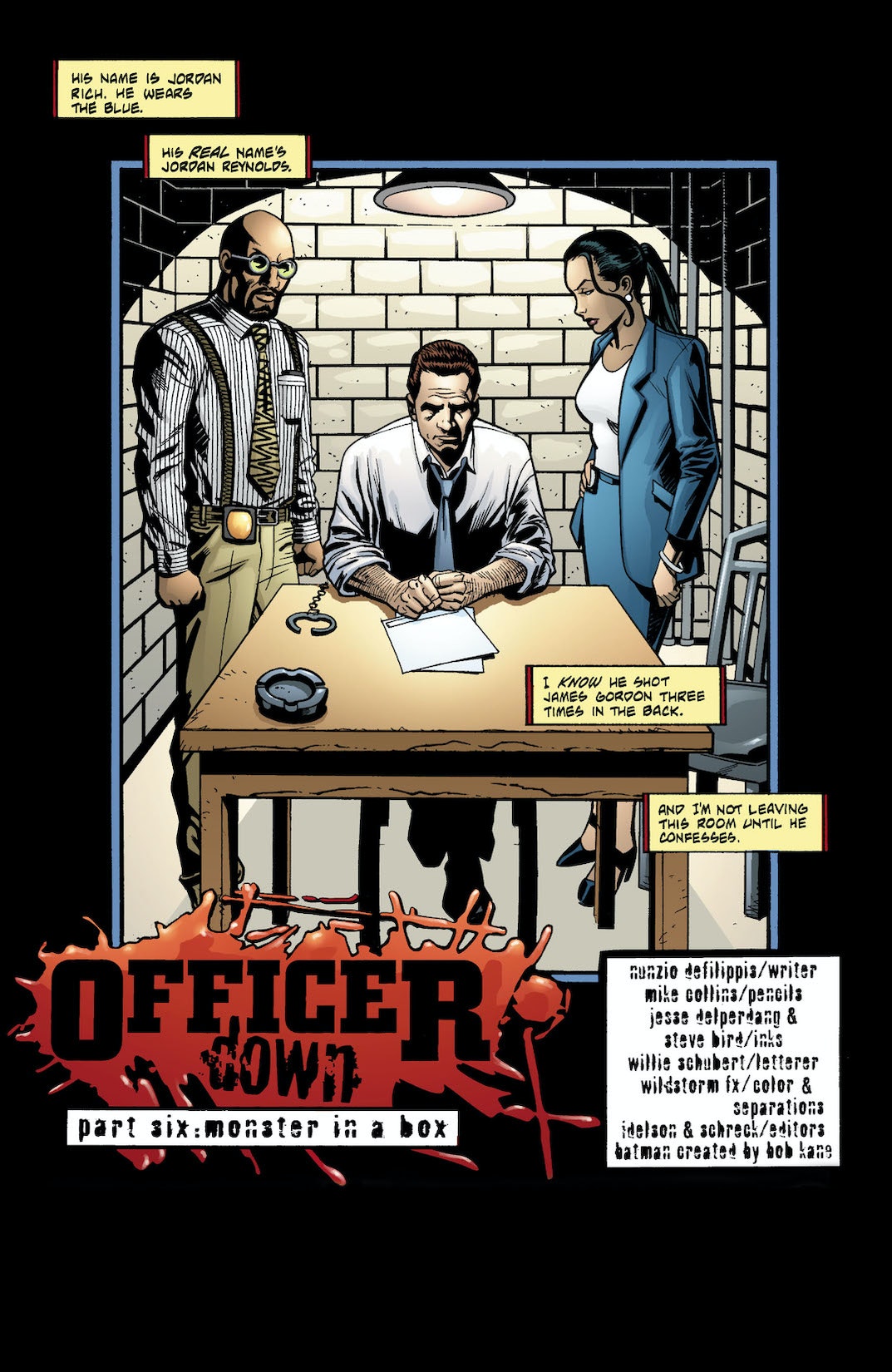 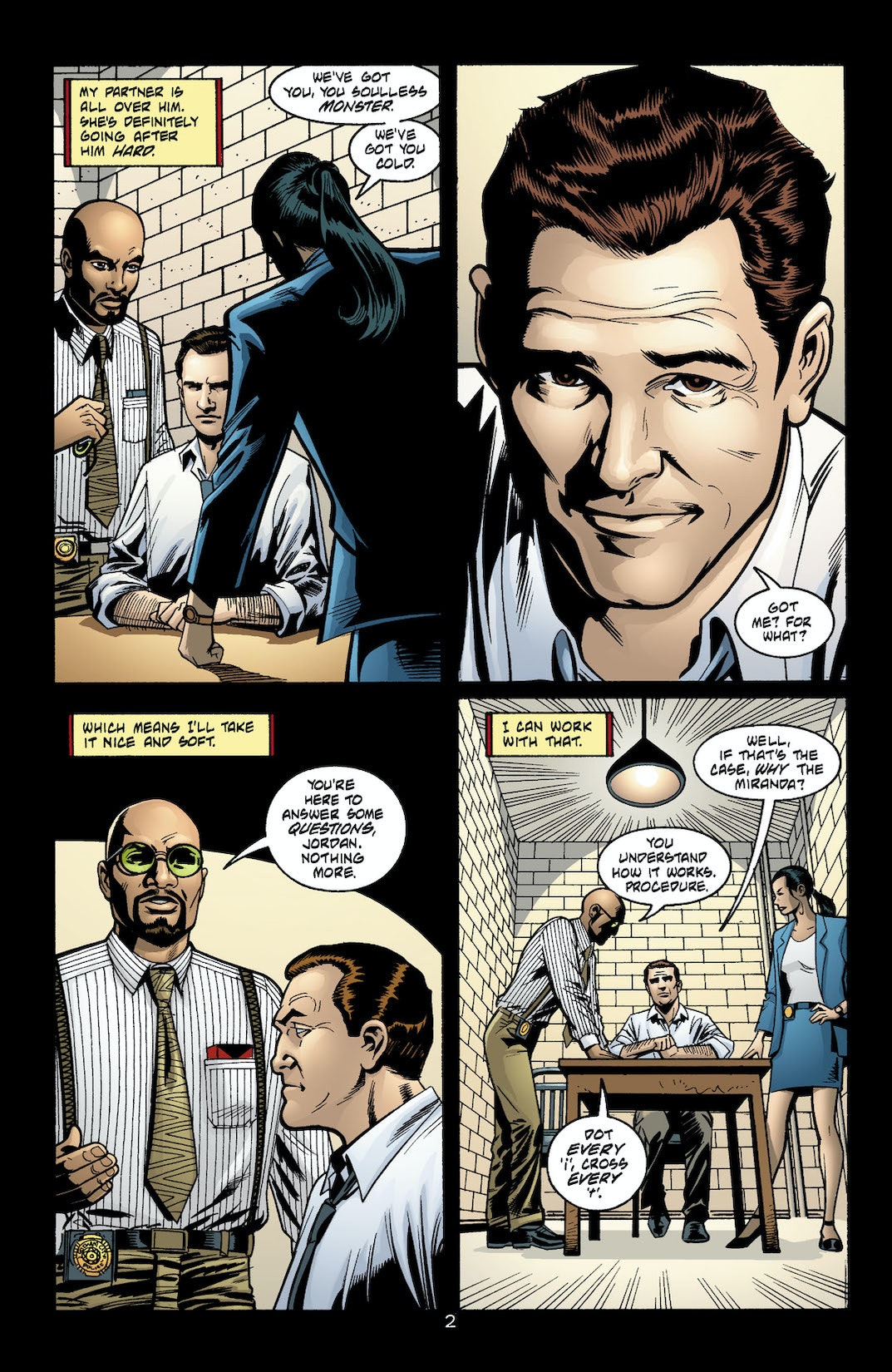 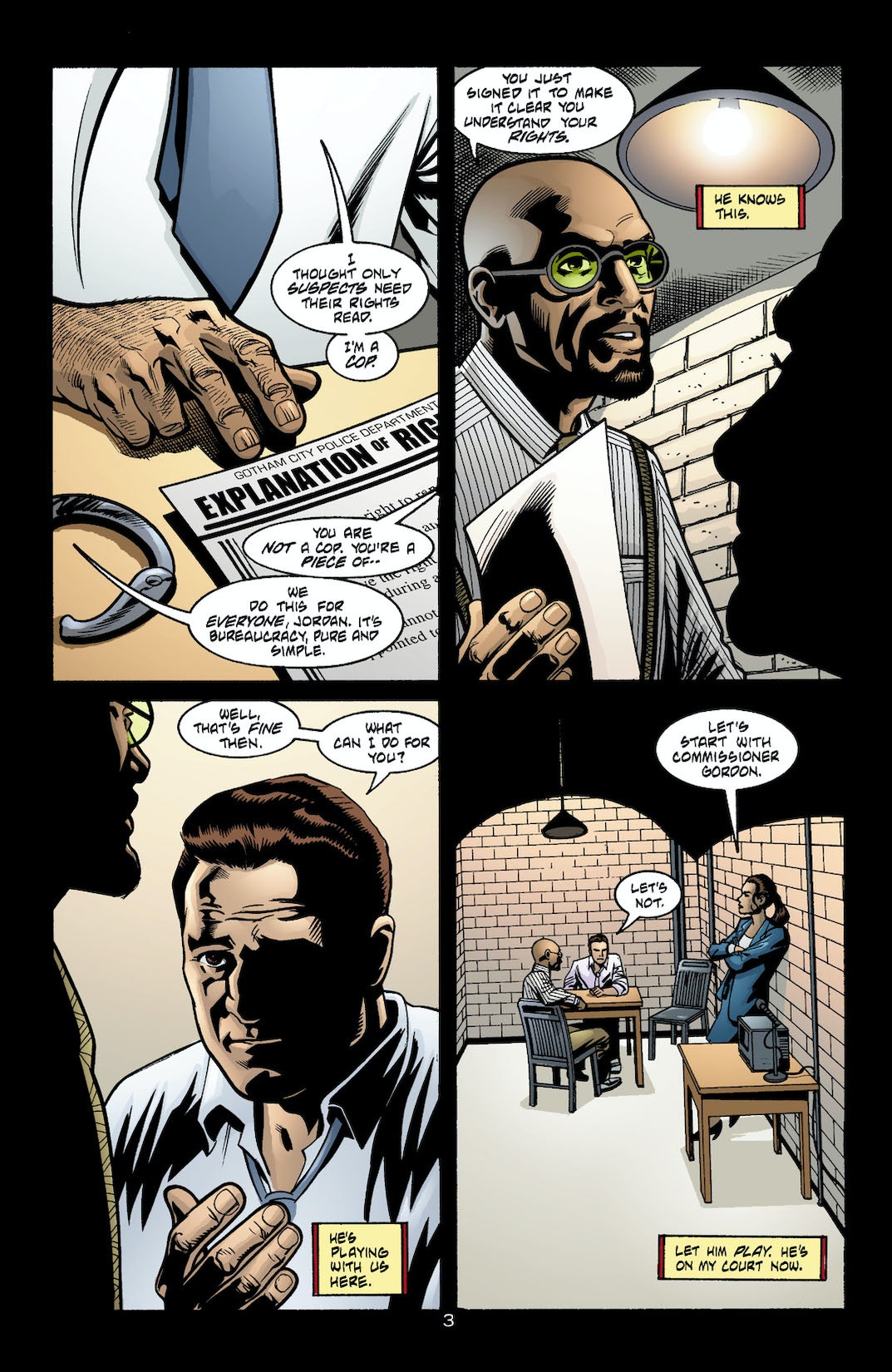 Officer Down' part 7, continued from NIGHTWING #53. The GCPD at last finds the person they're looking for, but time is against them, and not even Batman can bring the would-be killer to justice. As the clock ticks towards zero, several characters make life-changing decisions! Continued in BATMAN: GOTHAM KNIGHTS #13.