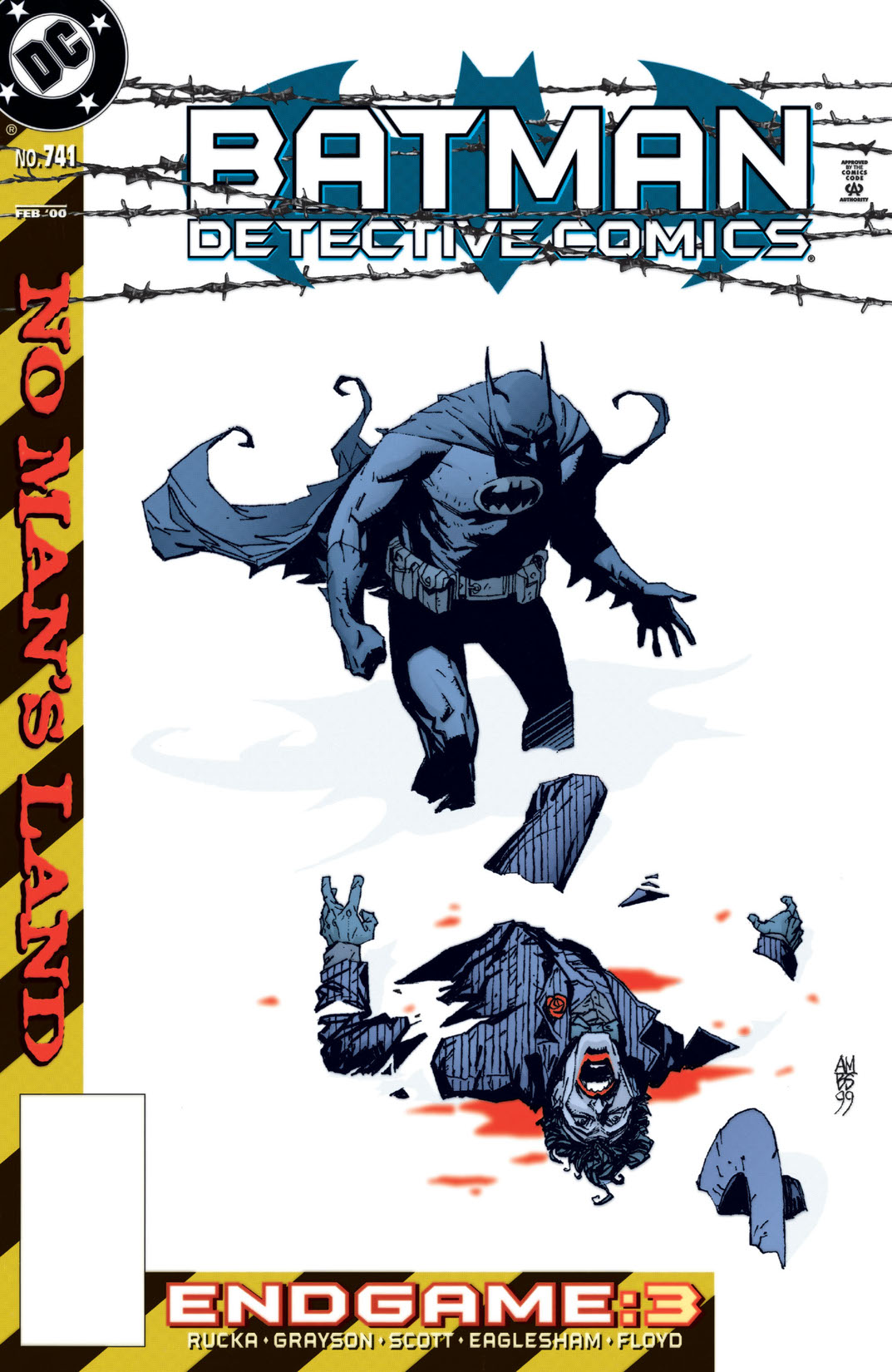 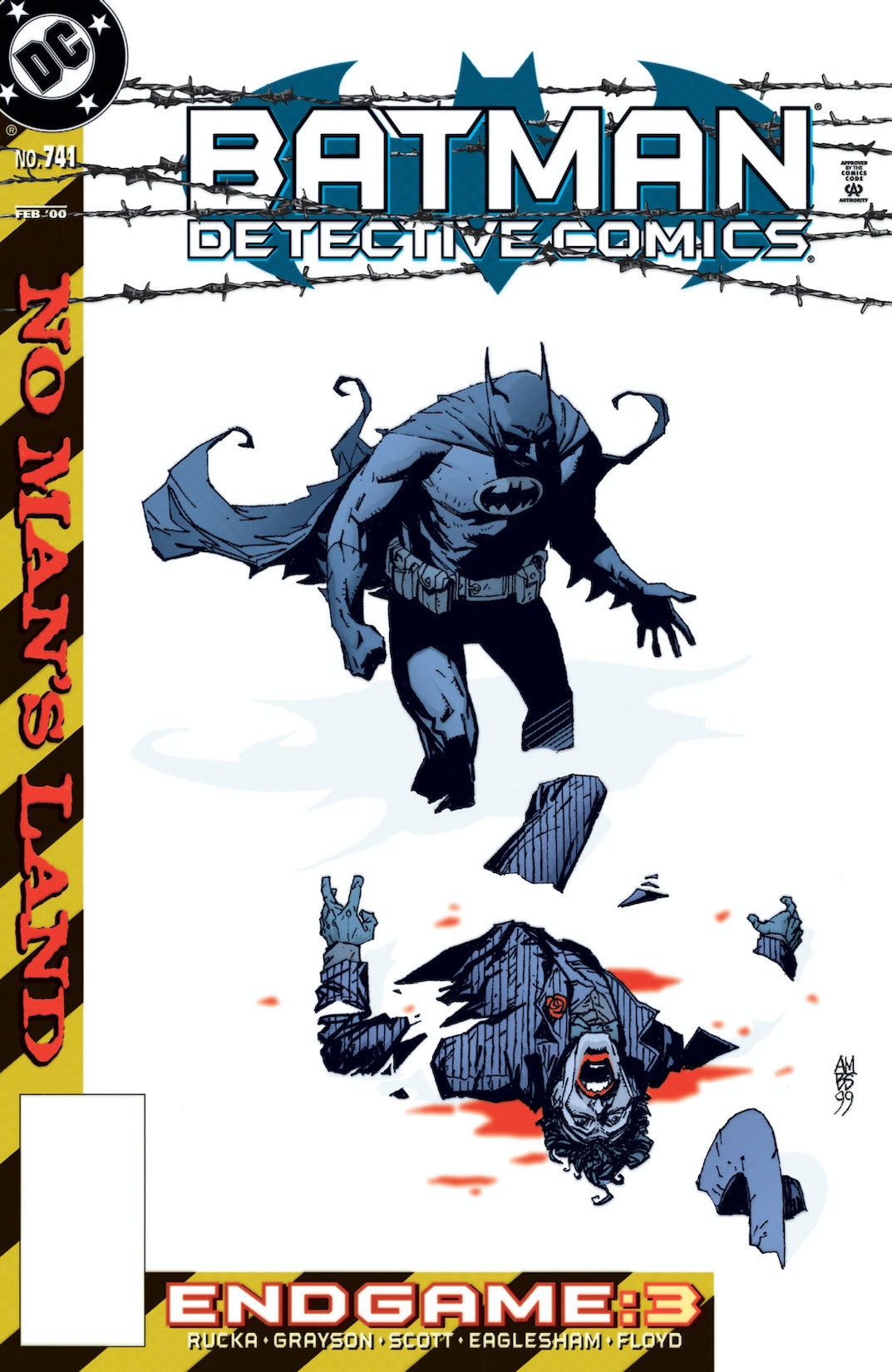 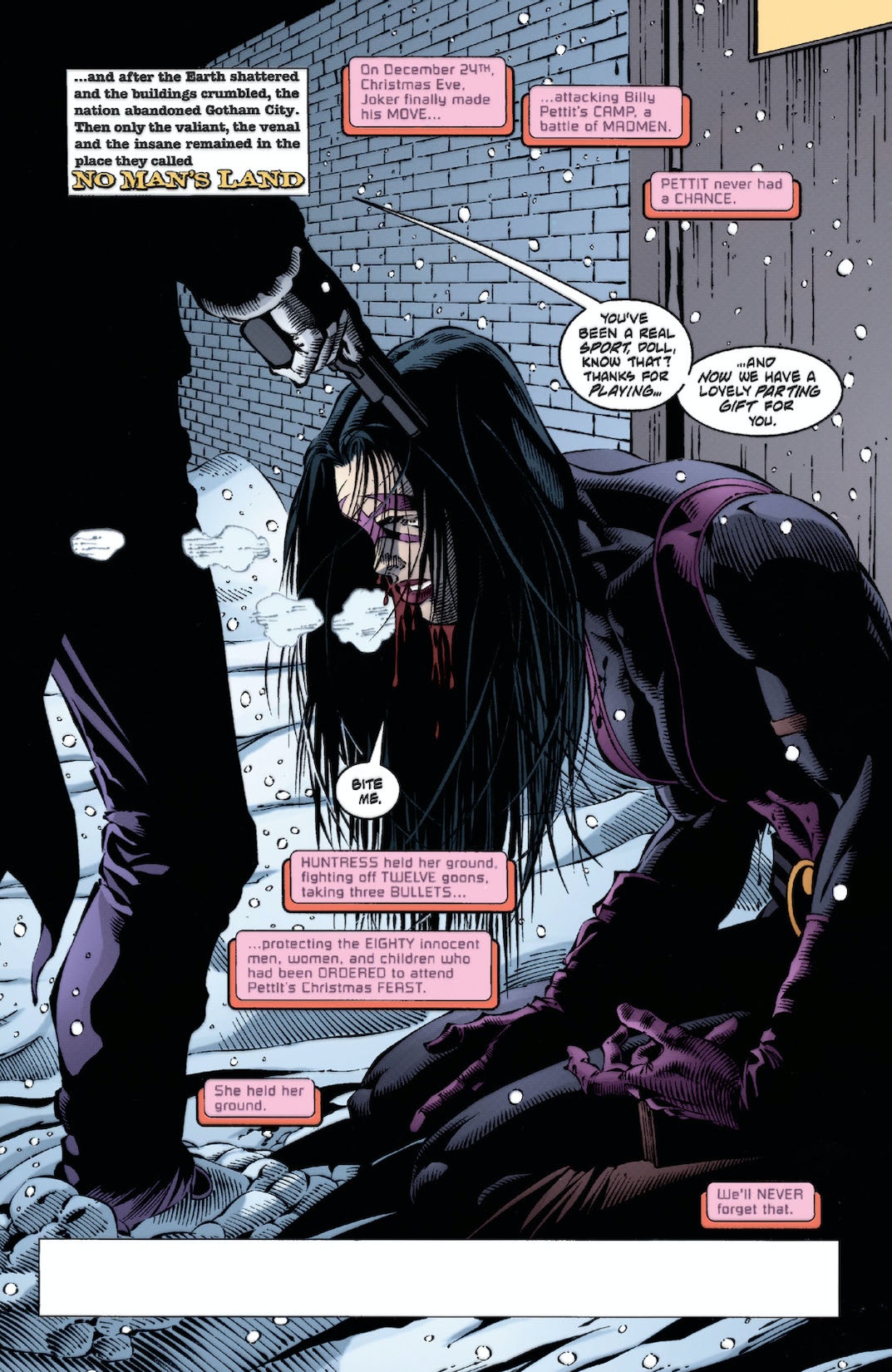 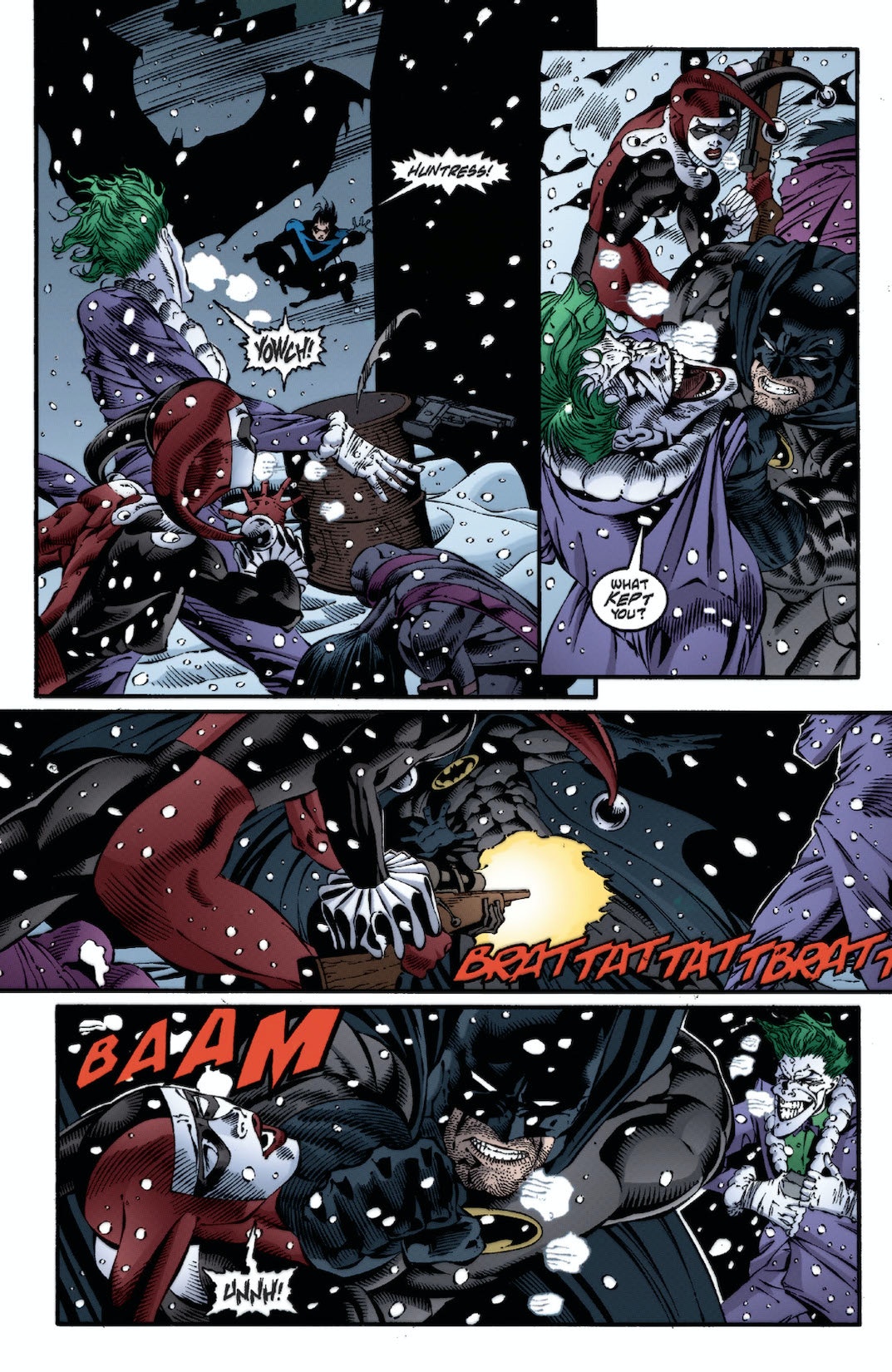 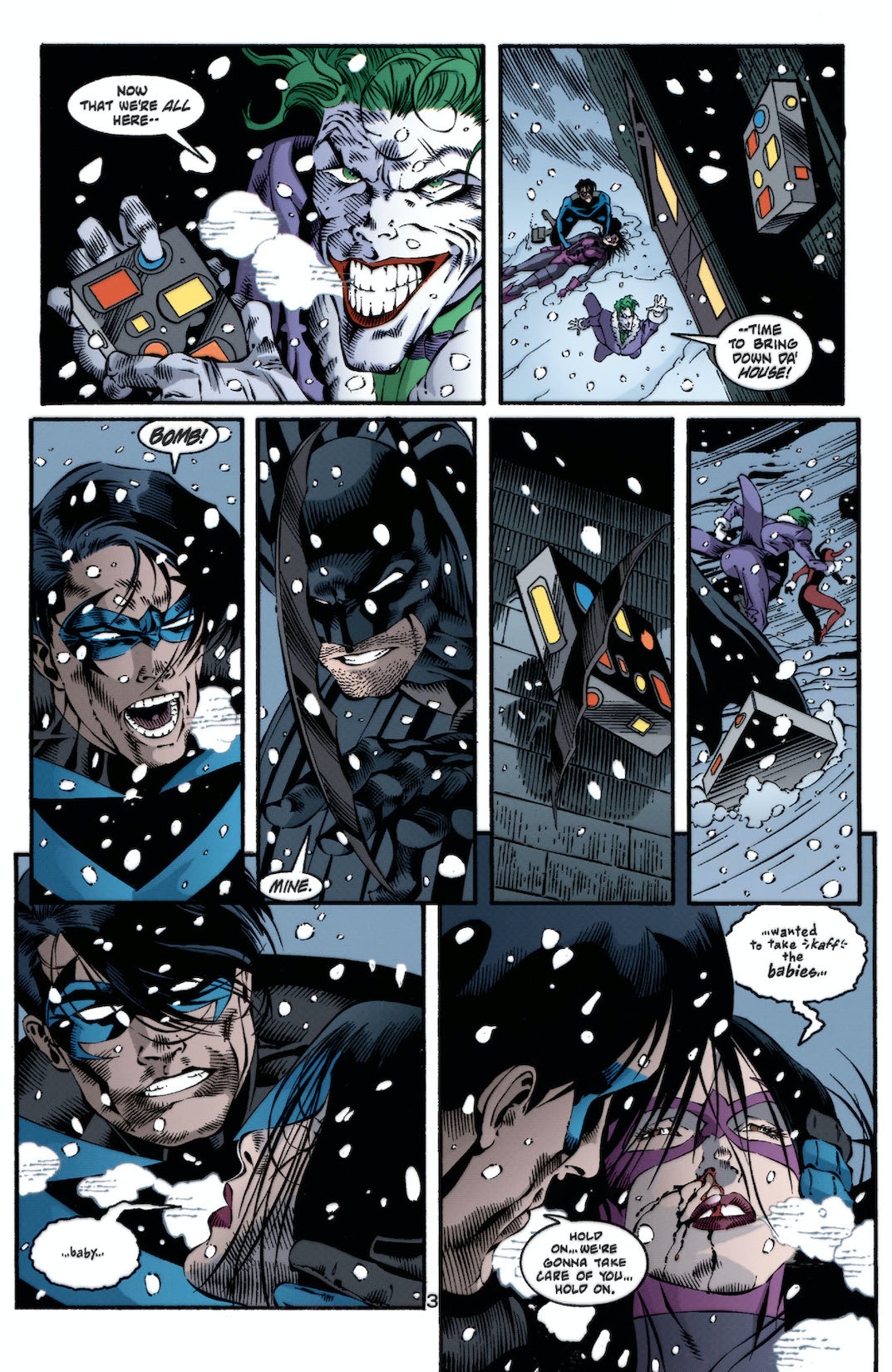 No Man's Land' part 46 and 'Endgame' part 3, continued from BATMAN #574. Batman and his team launch a final, no-holds-barred assault against the Joker. One person makes the ultimate sacrifice to save Gotham's future, but will it send Batman over the edge?