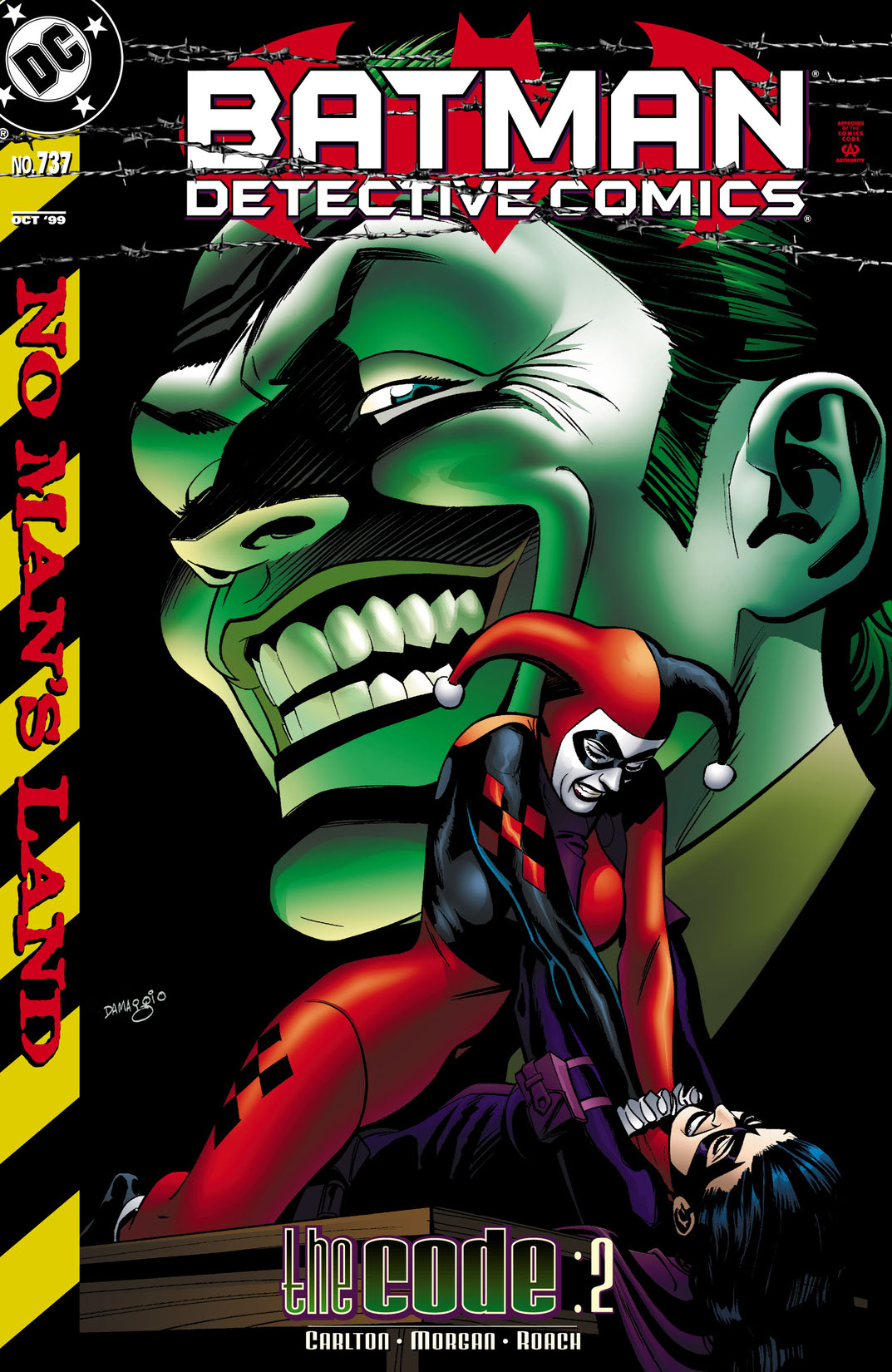 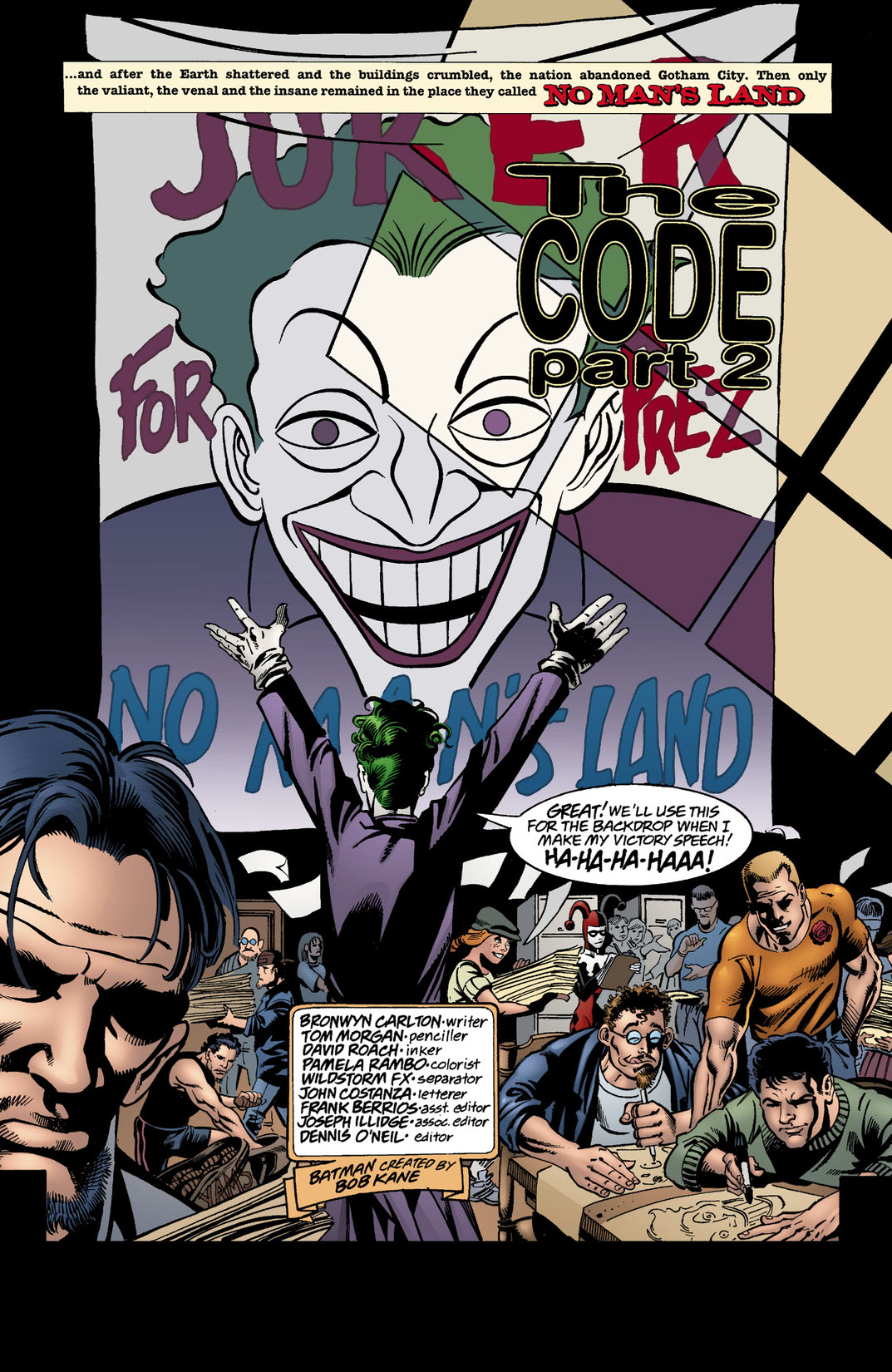 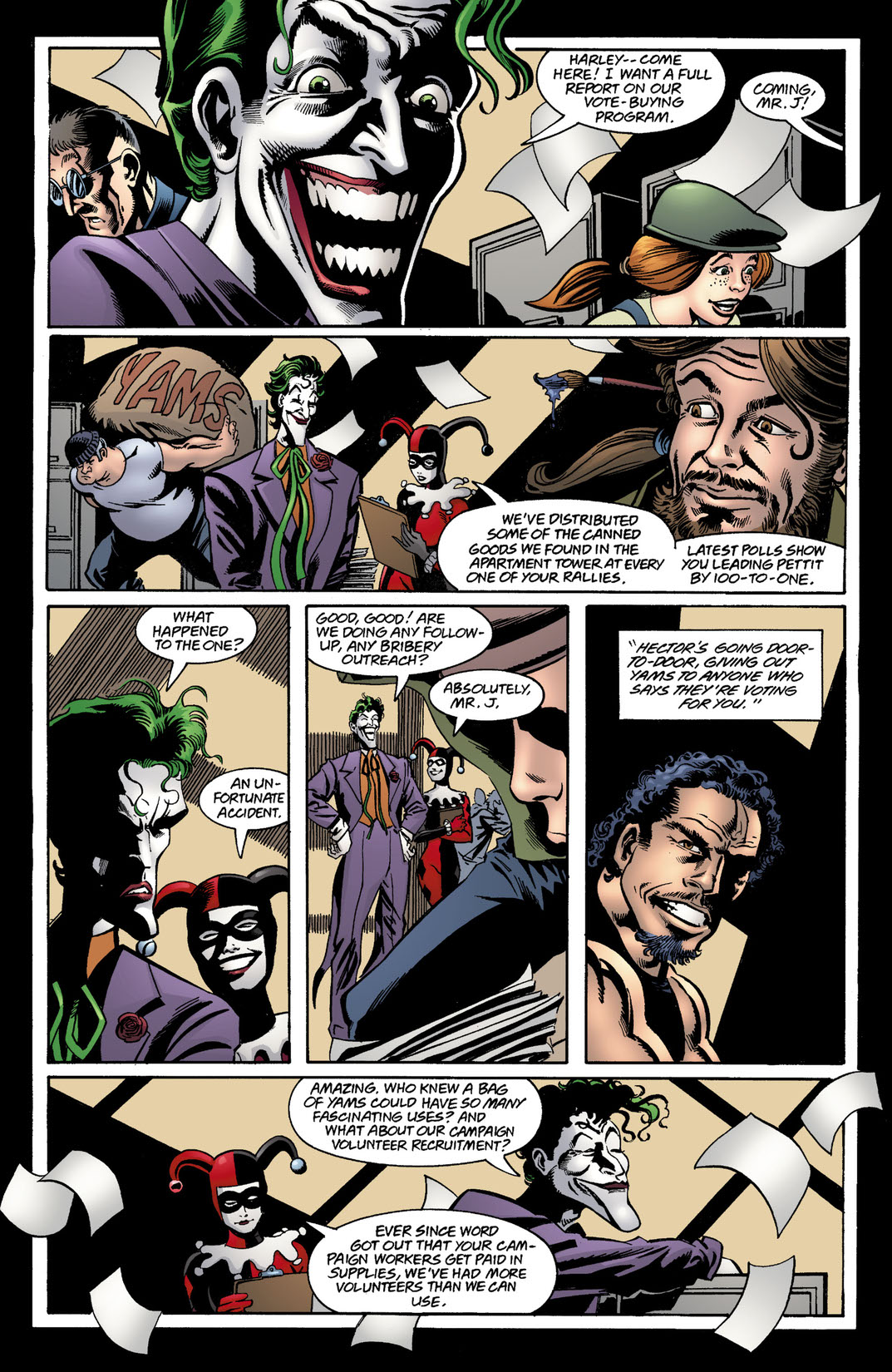 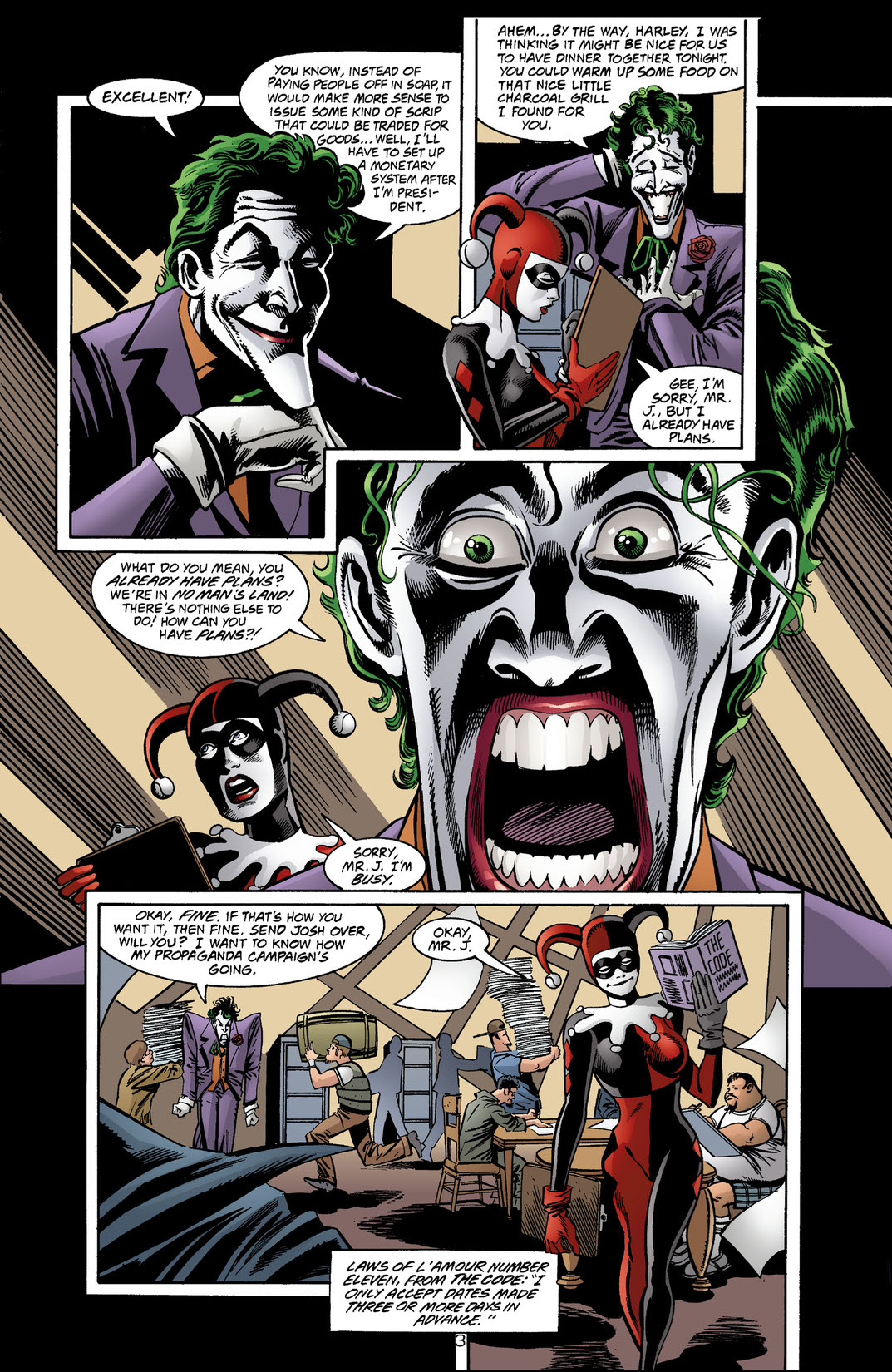 No Man's Land' part 32, and 'The Code' part 2, continued from BATMAN #570. While the Joker's political campaign threatens to send the so-called society of 'No Man's Land' even further into a state of anarchy, the Huntress and Billy Pettit's renegade ex-GCPD band join the fray.