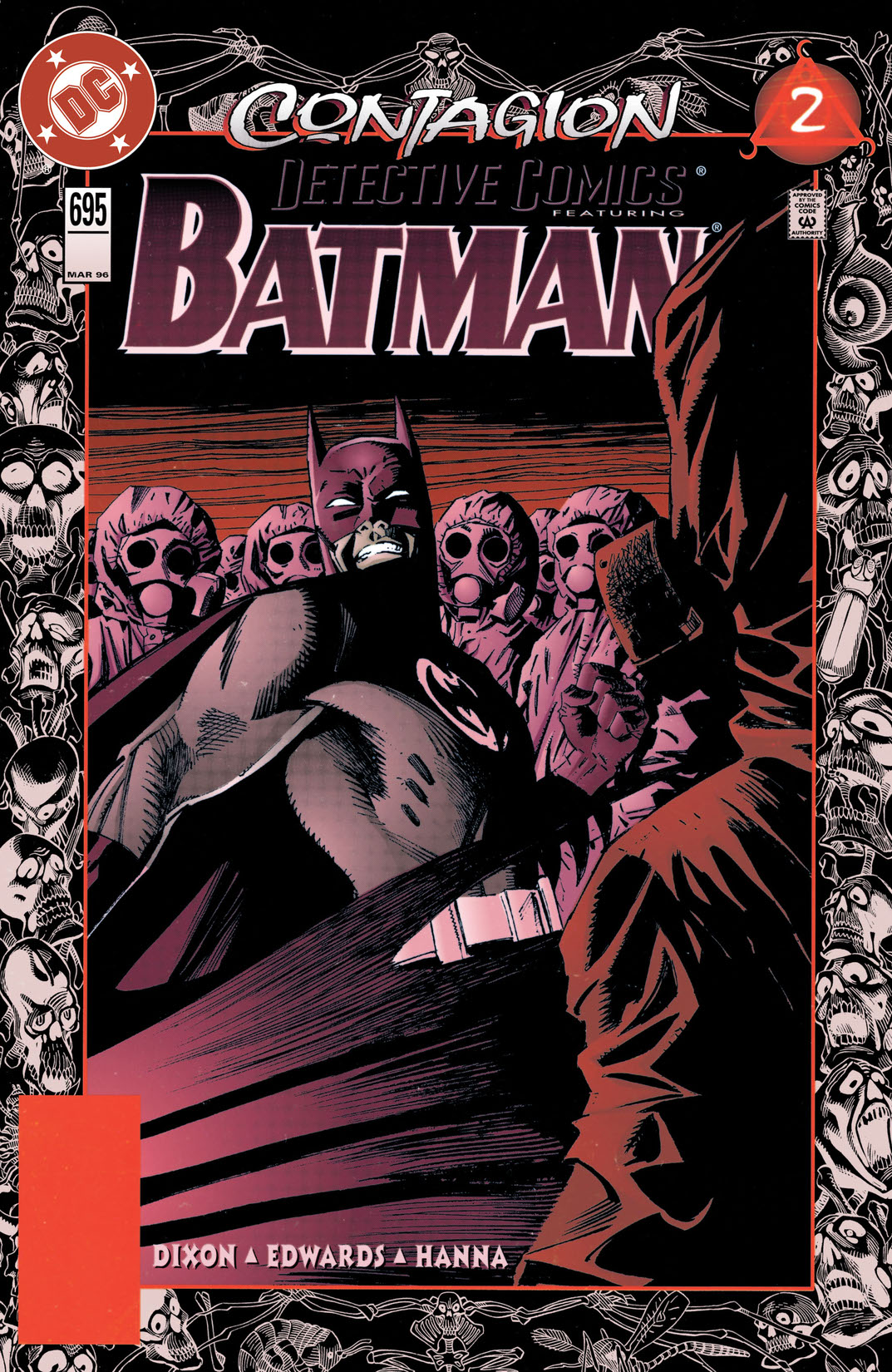 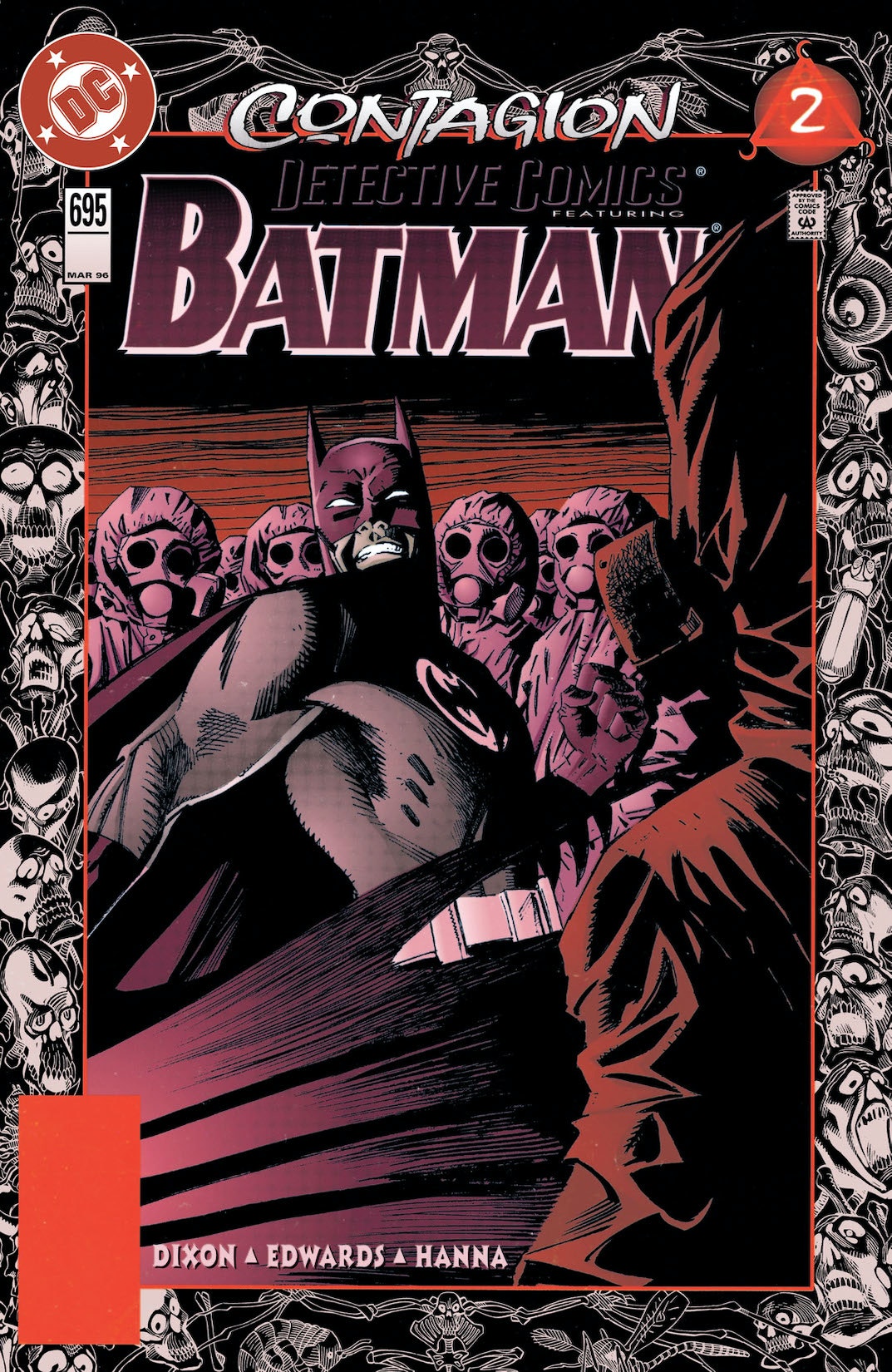 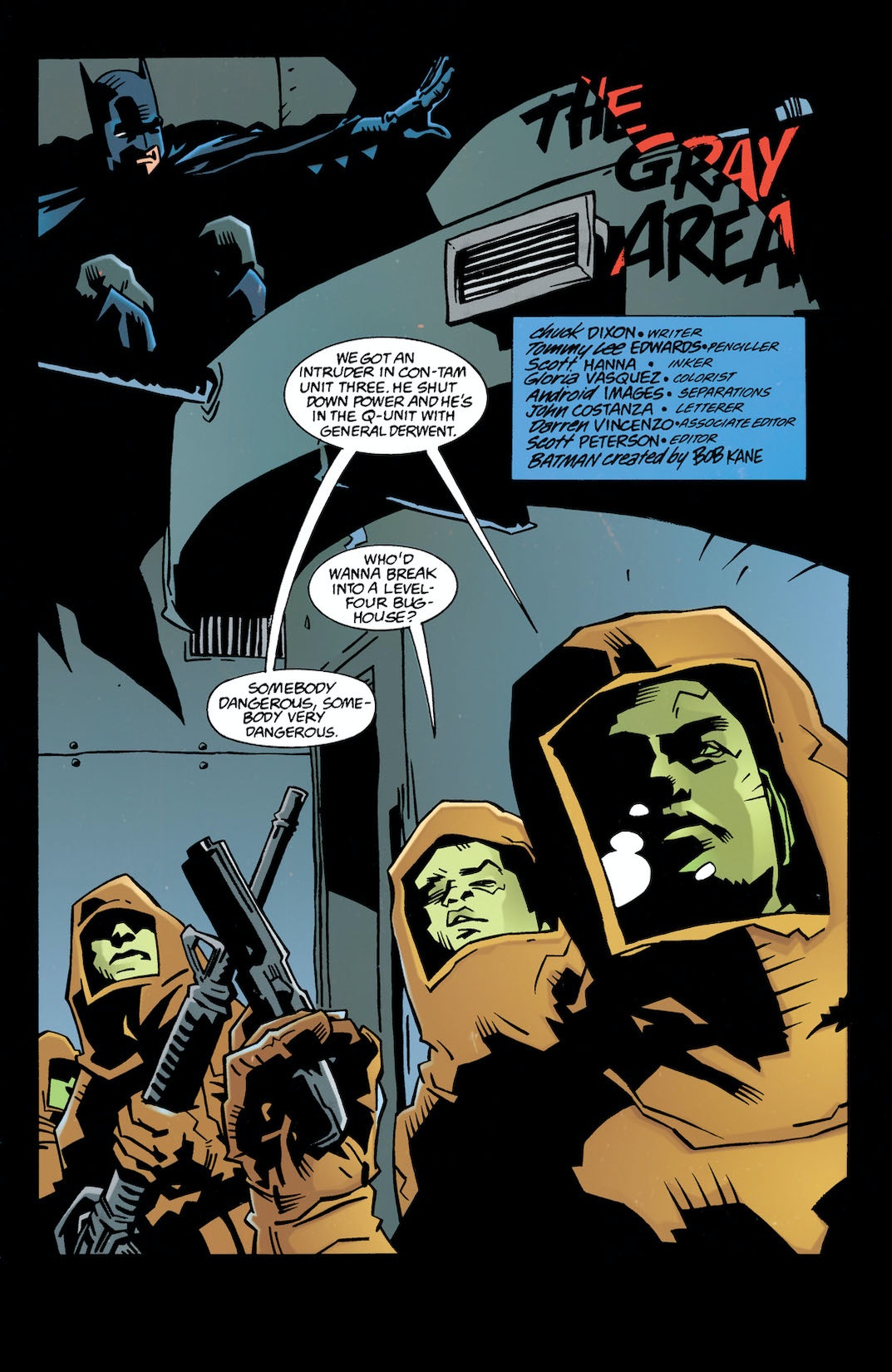 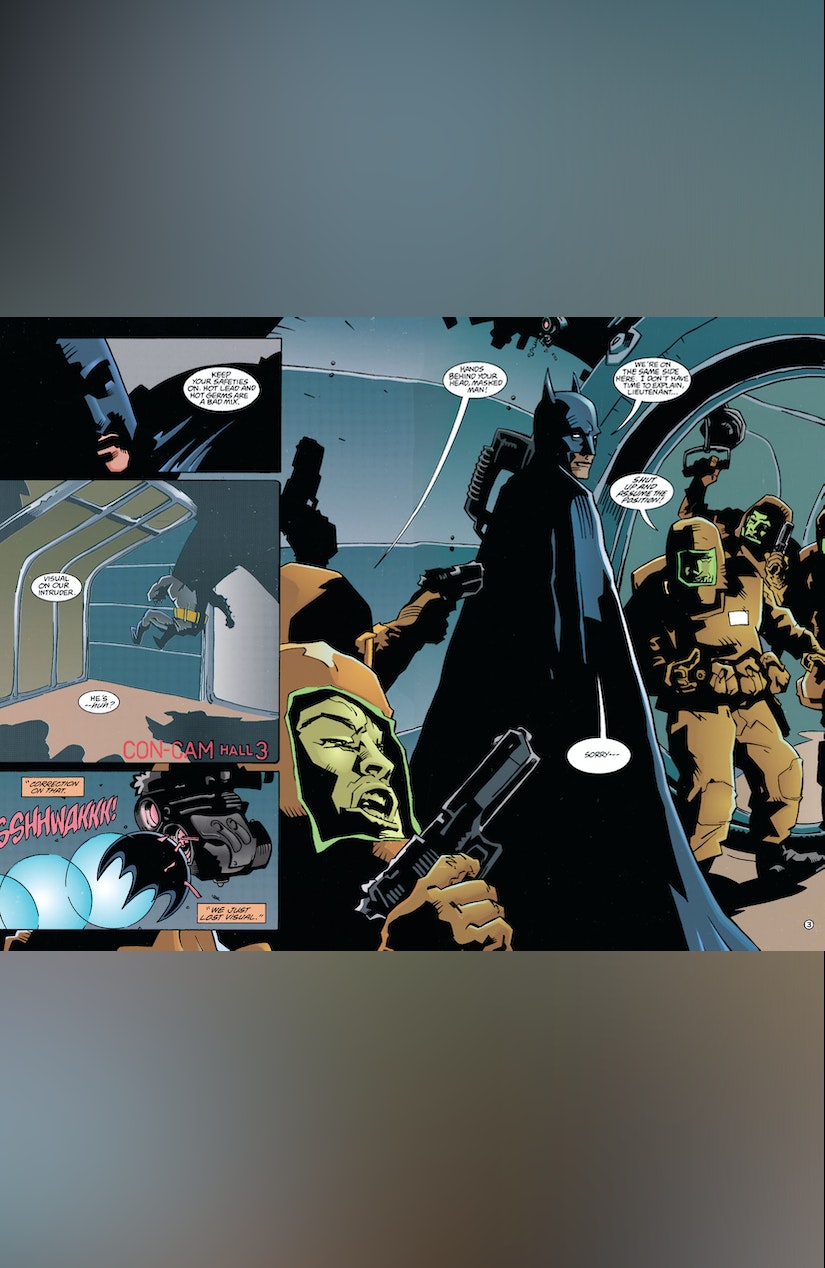 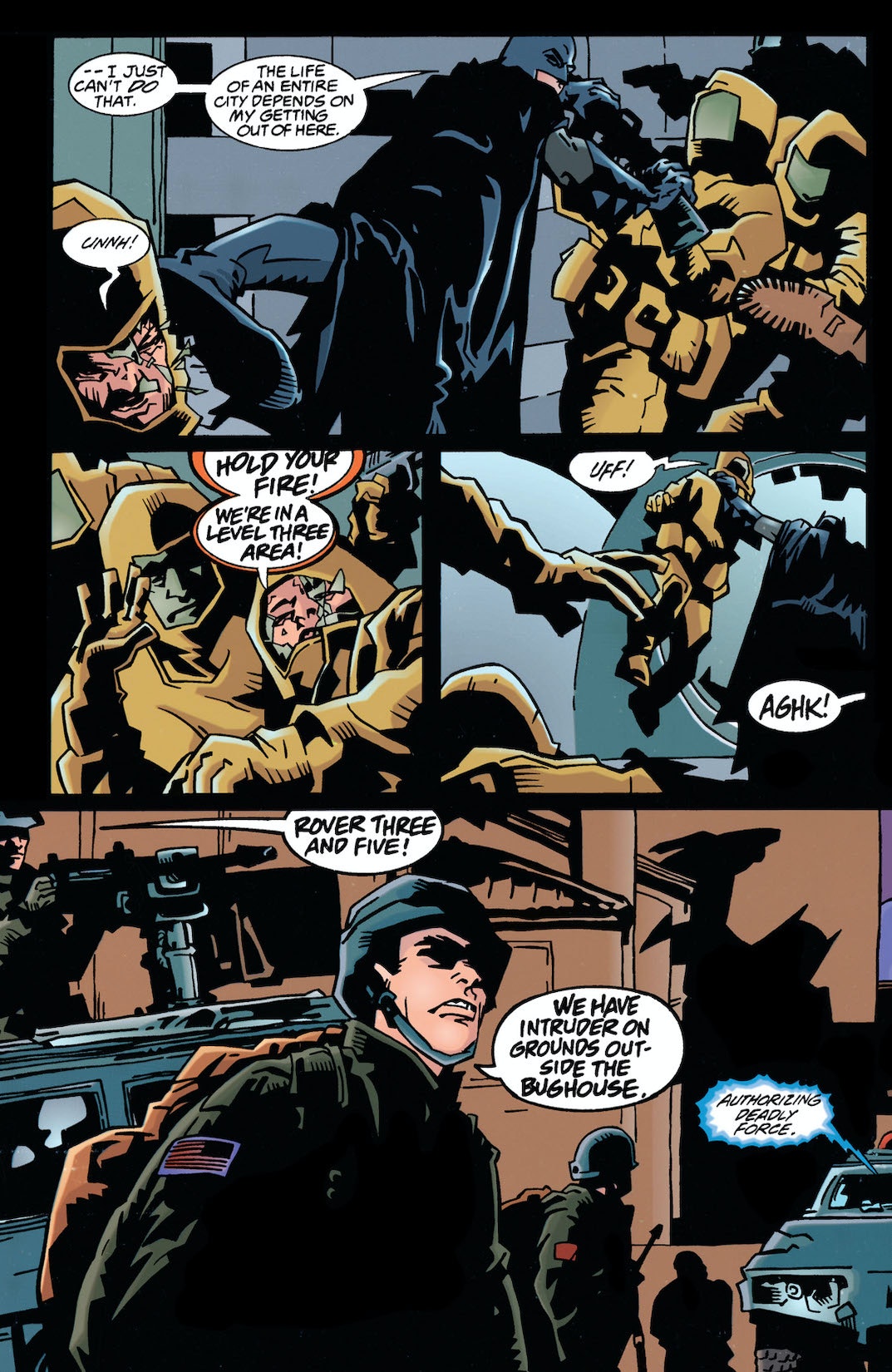 Contagion" part 2, continued from BATMAN: SHADOW OF THE BAT #48. The safety of the residents of Babylon Towers comes into question when one of their own contracts the deadly virus. Meanwhile, Batman must escape a military enclave if he hopes to save Gotham City! Continued in ROBIN (1993-2009) #27.