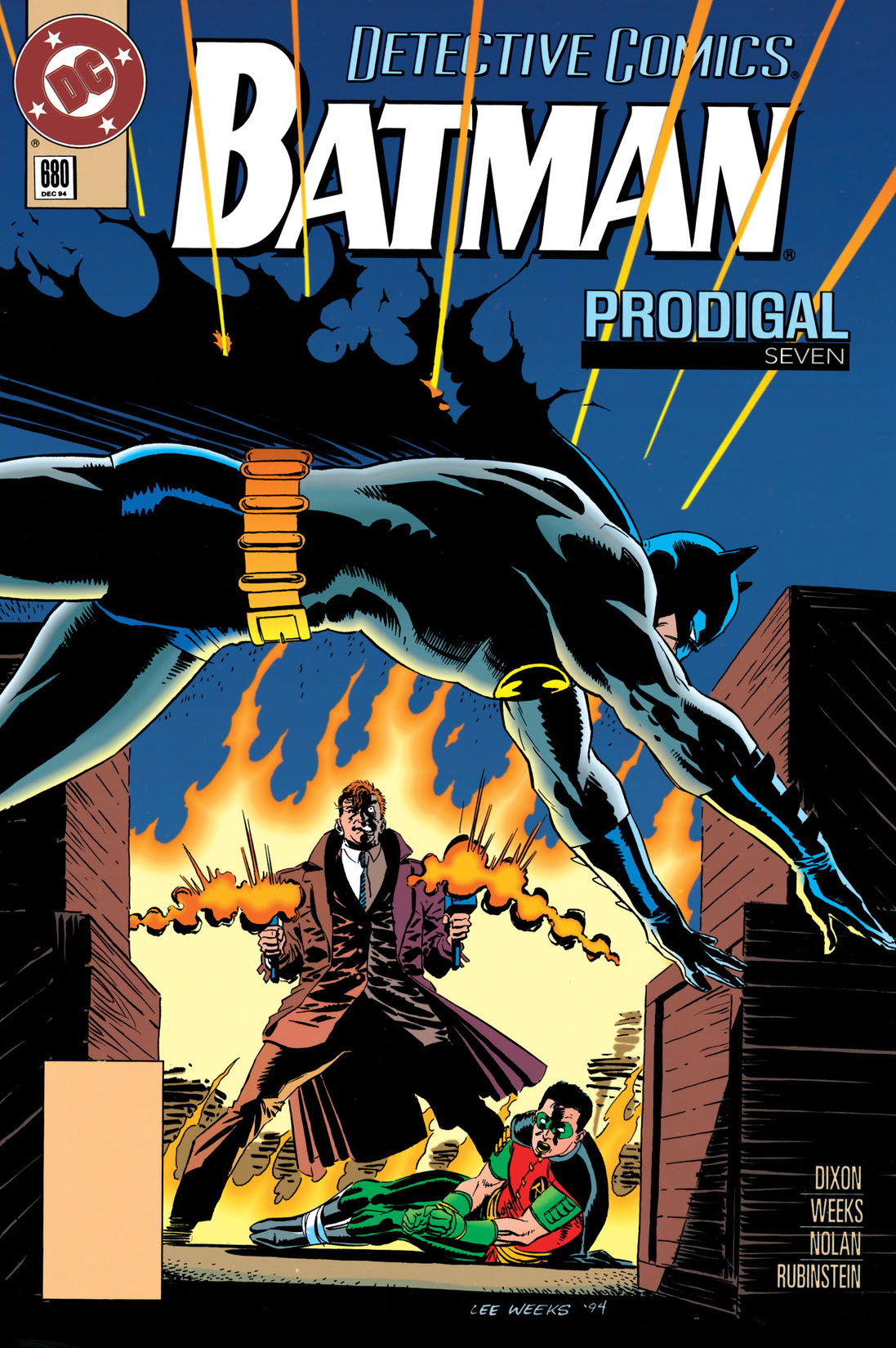 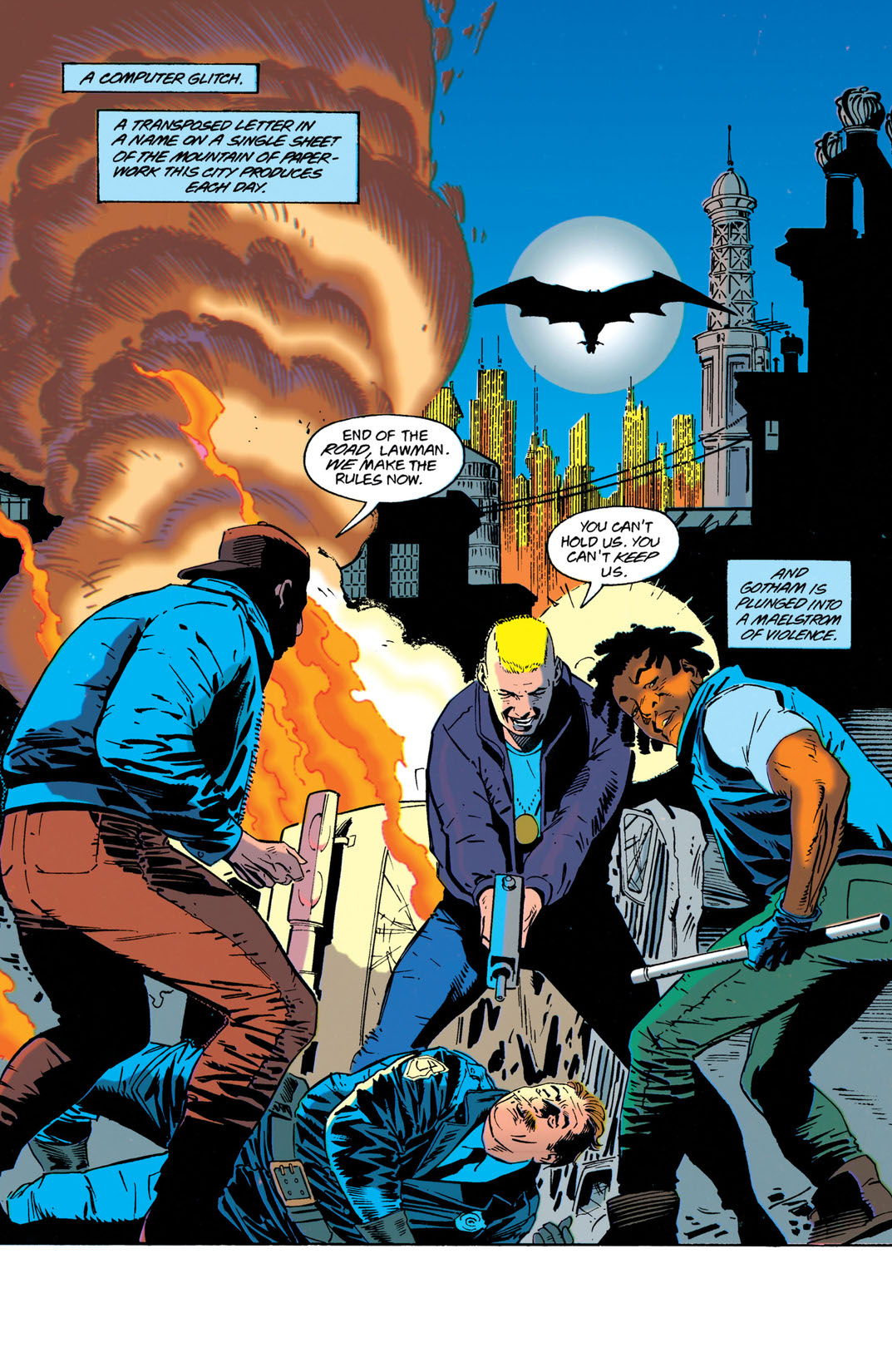 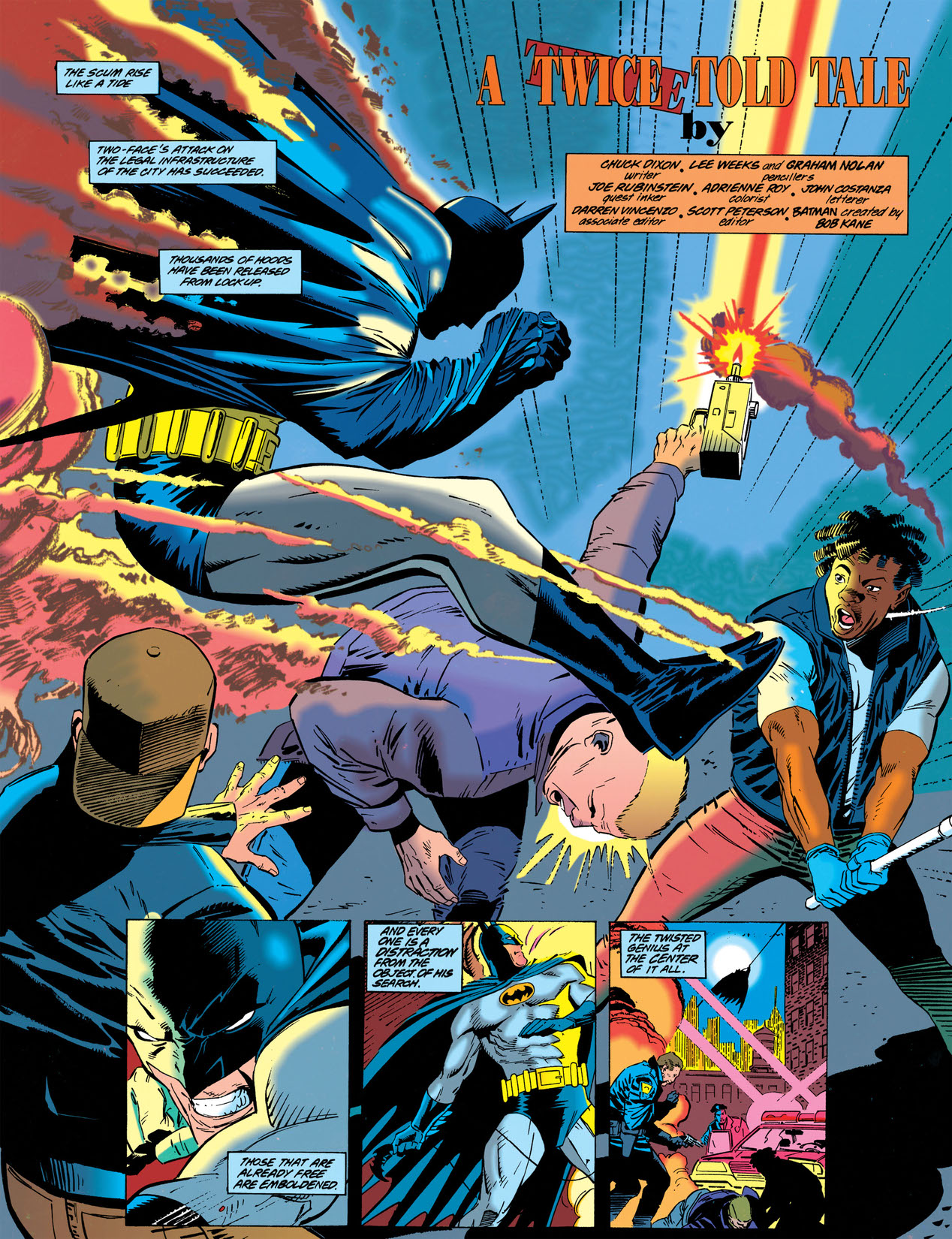 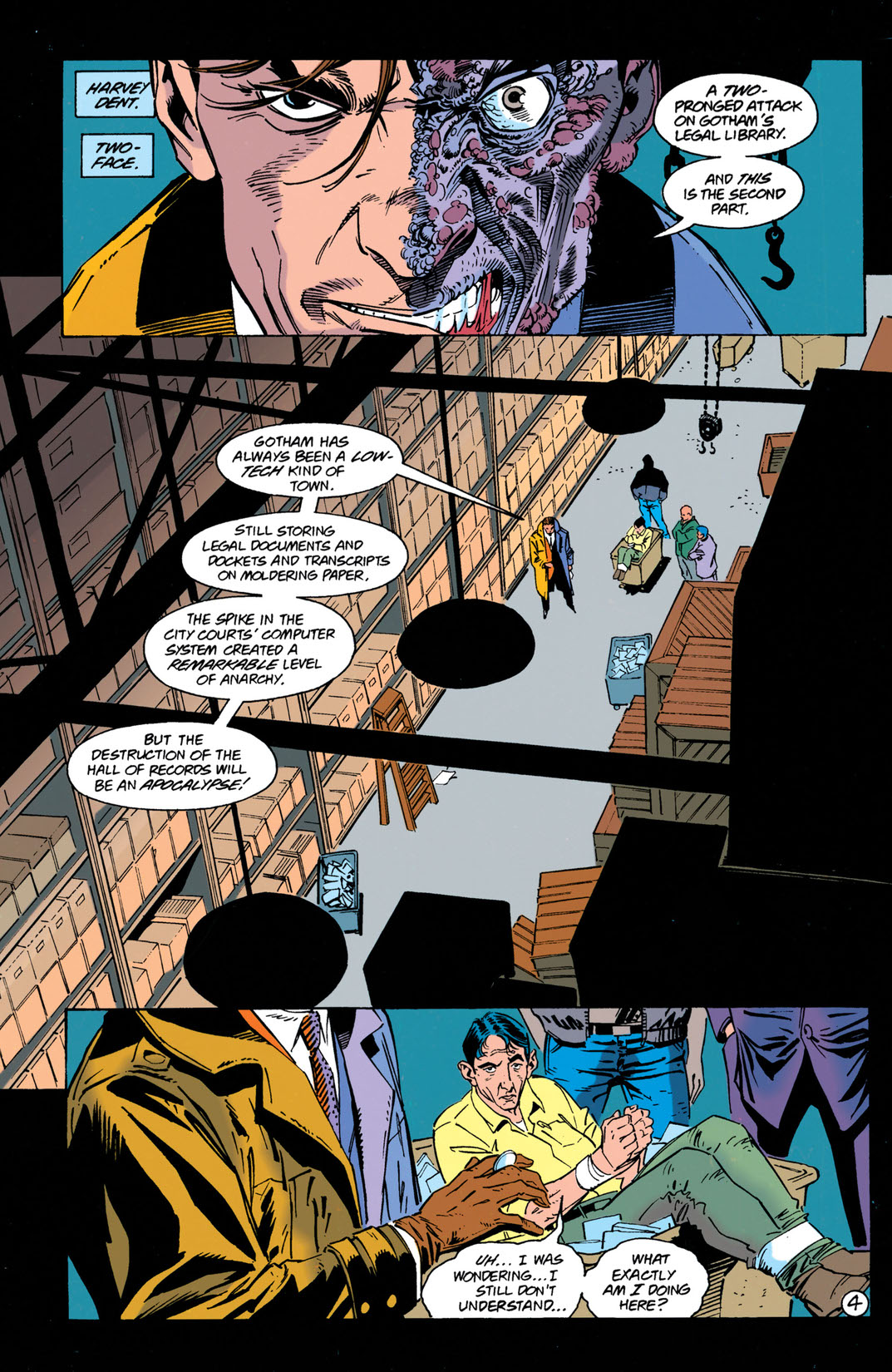 Prodigal' part 7, continued from BATMAN: SHADOW OF THE BAT #33. The new Batman has a showdown with Two-Face in Gotham City's Hall of Records, a confrontation that becomes a disturbing mirror for the dark episode in the Dark Knight's past, continued in ROBIN (1993-2009) #12.