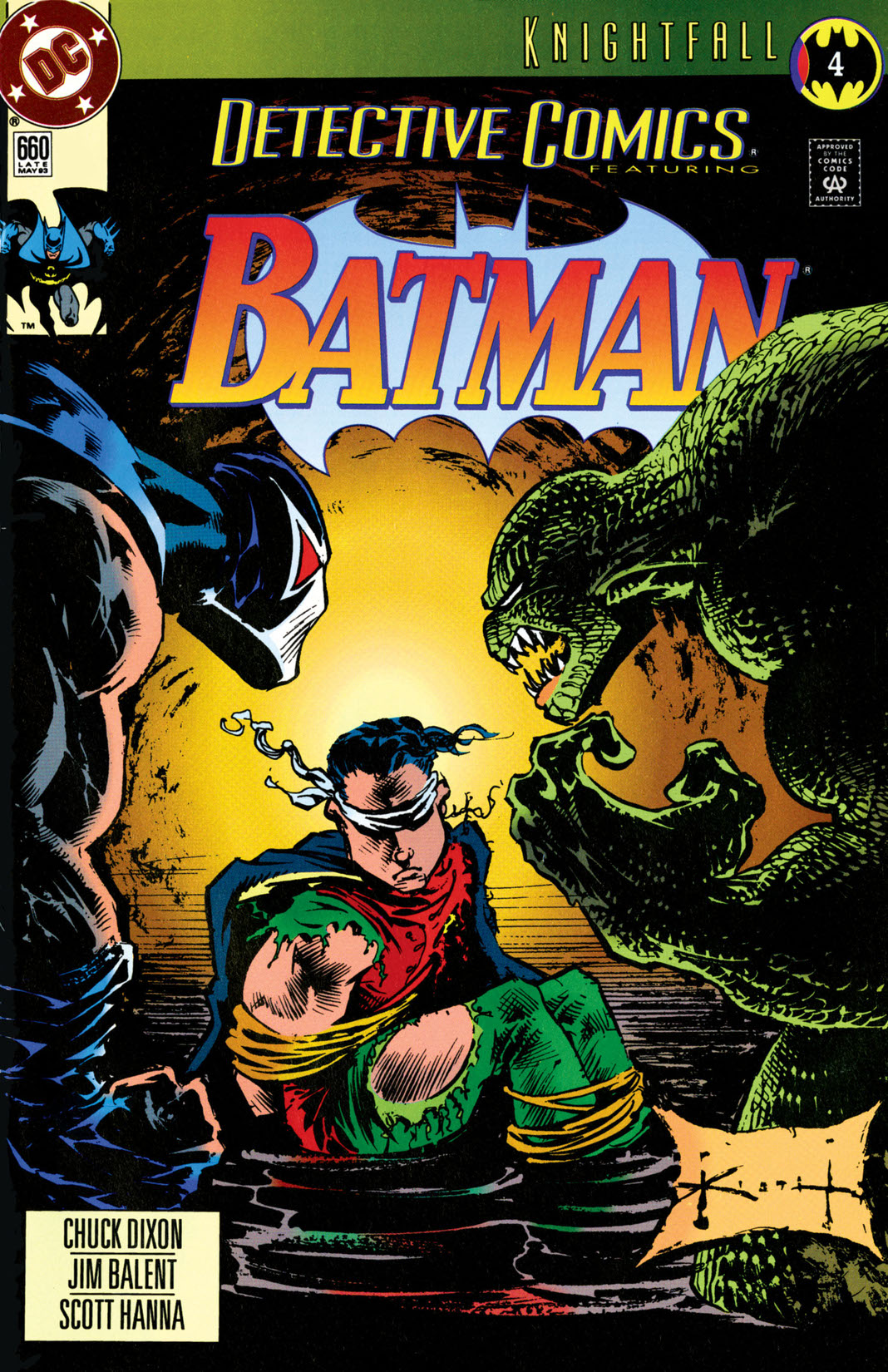 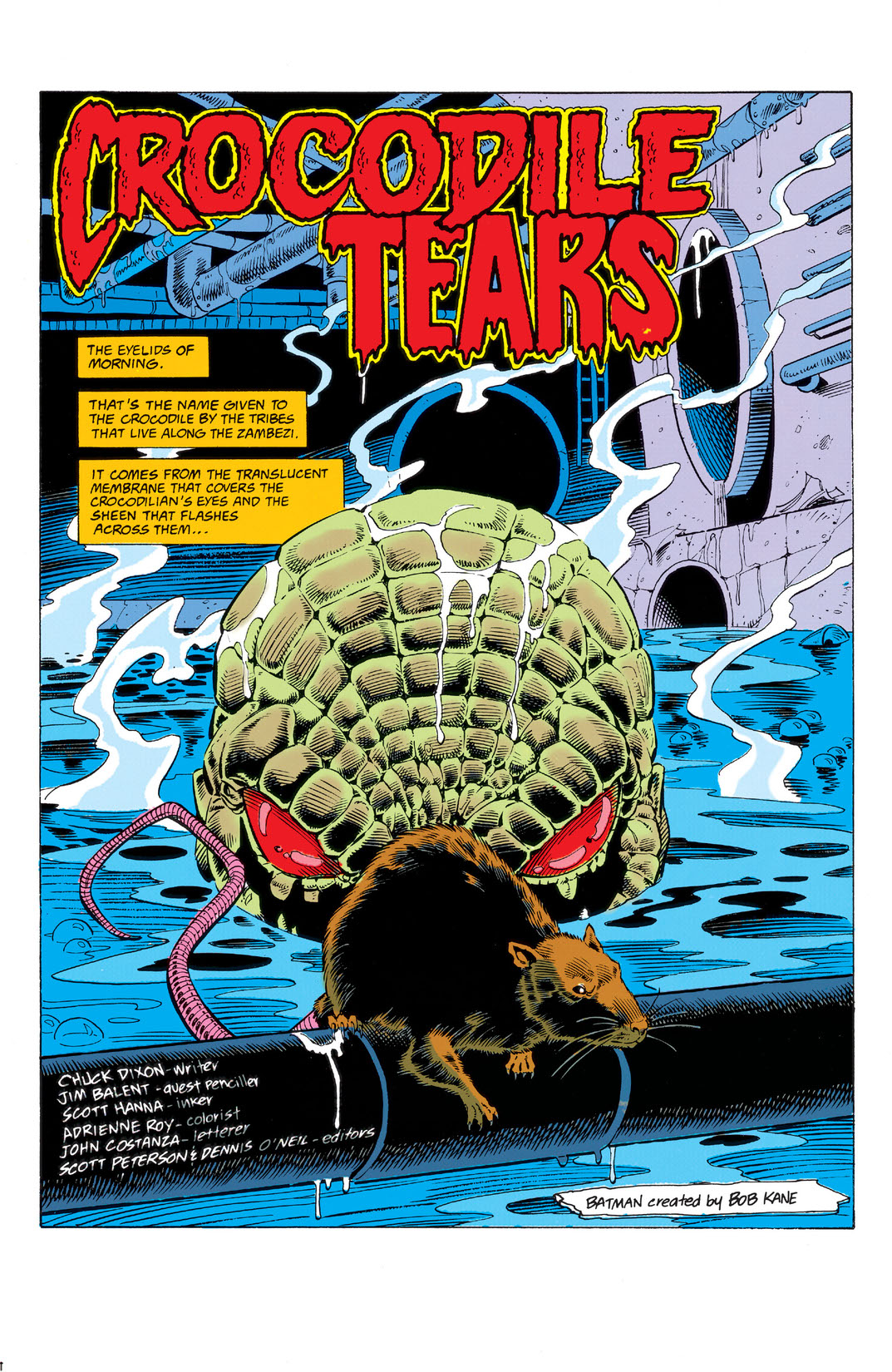 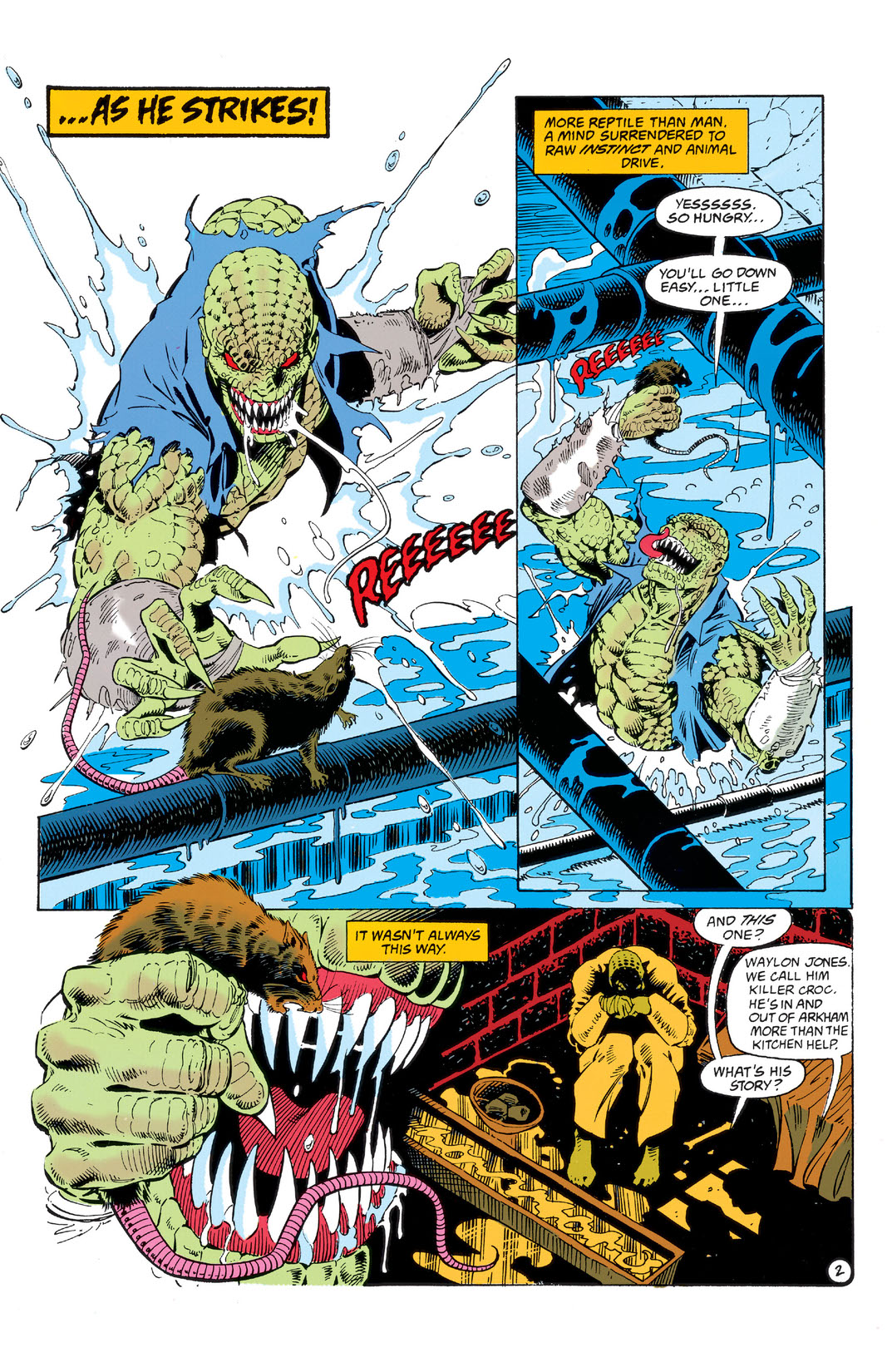 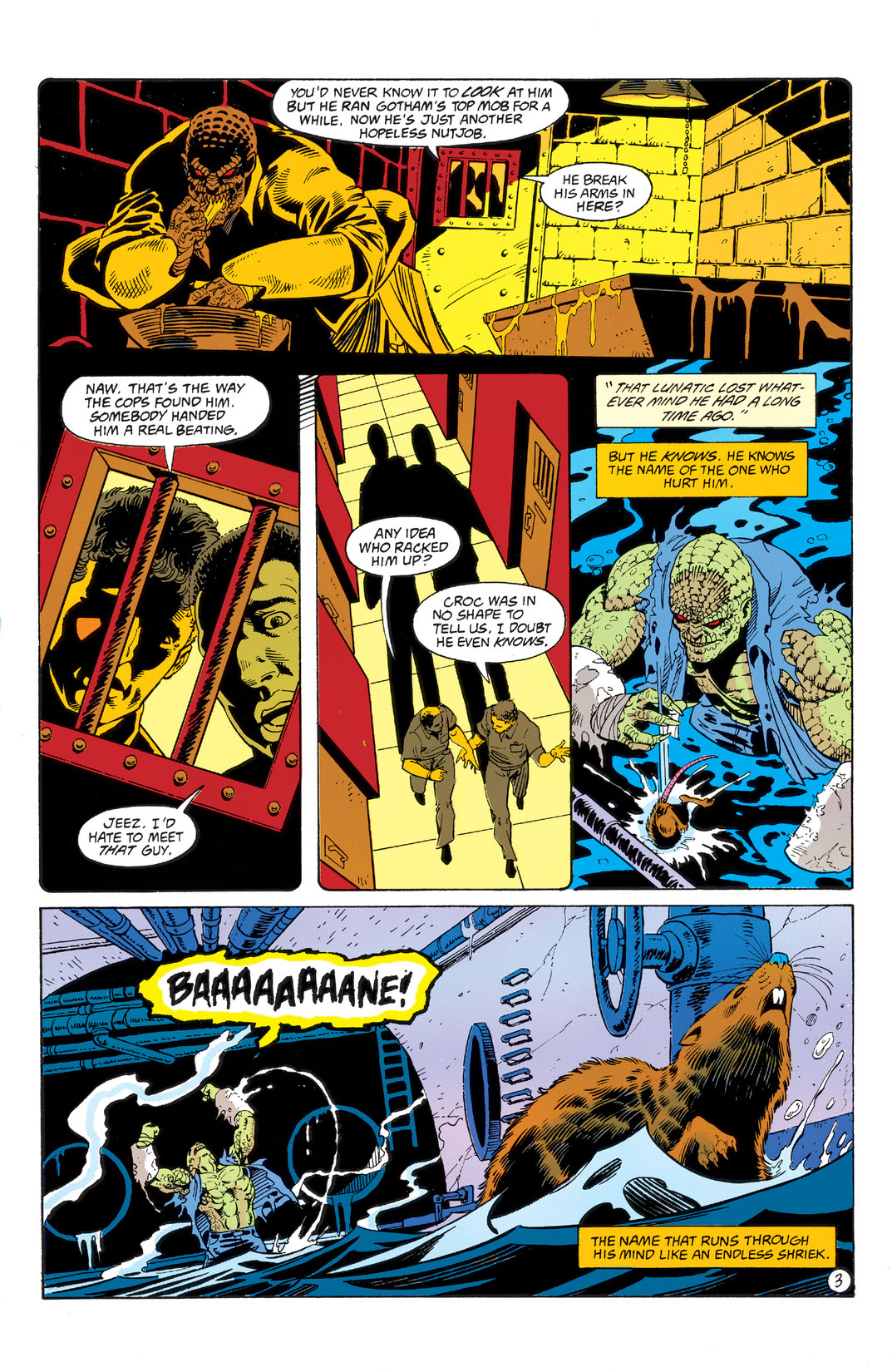 Knightfall' part 4, continued from BATMAN #493. Exhausted after his encounter with Zsasz, Batman is unable to come to Robin's aid as he is caught between Bane and Killer Croc in a death duel beneath the steamy streets of Gotham City. Continued in BATMAN #494.