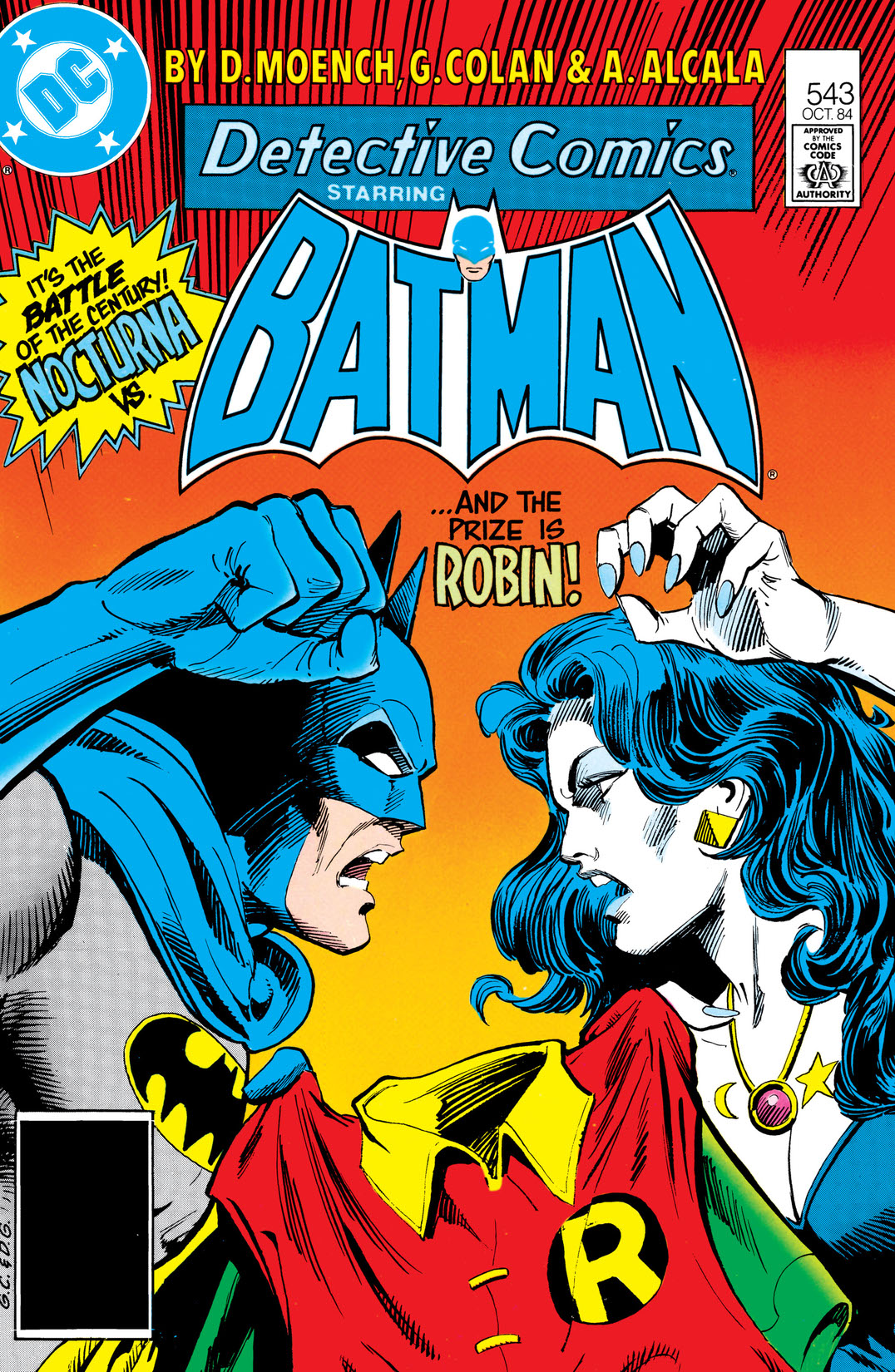 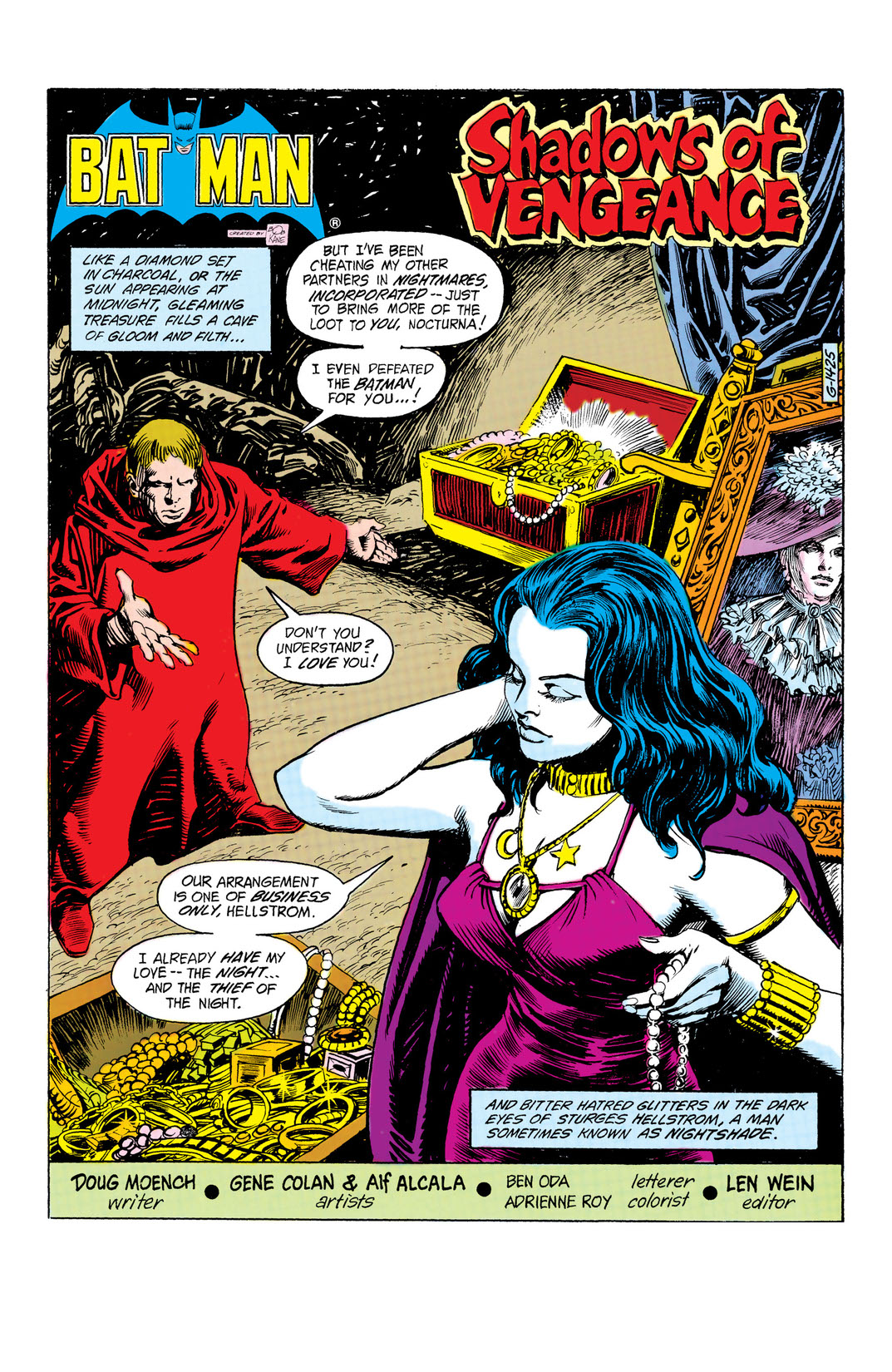 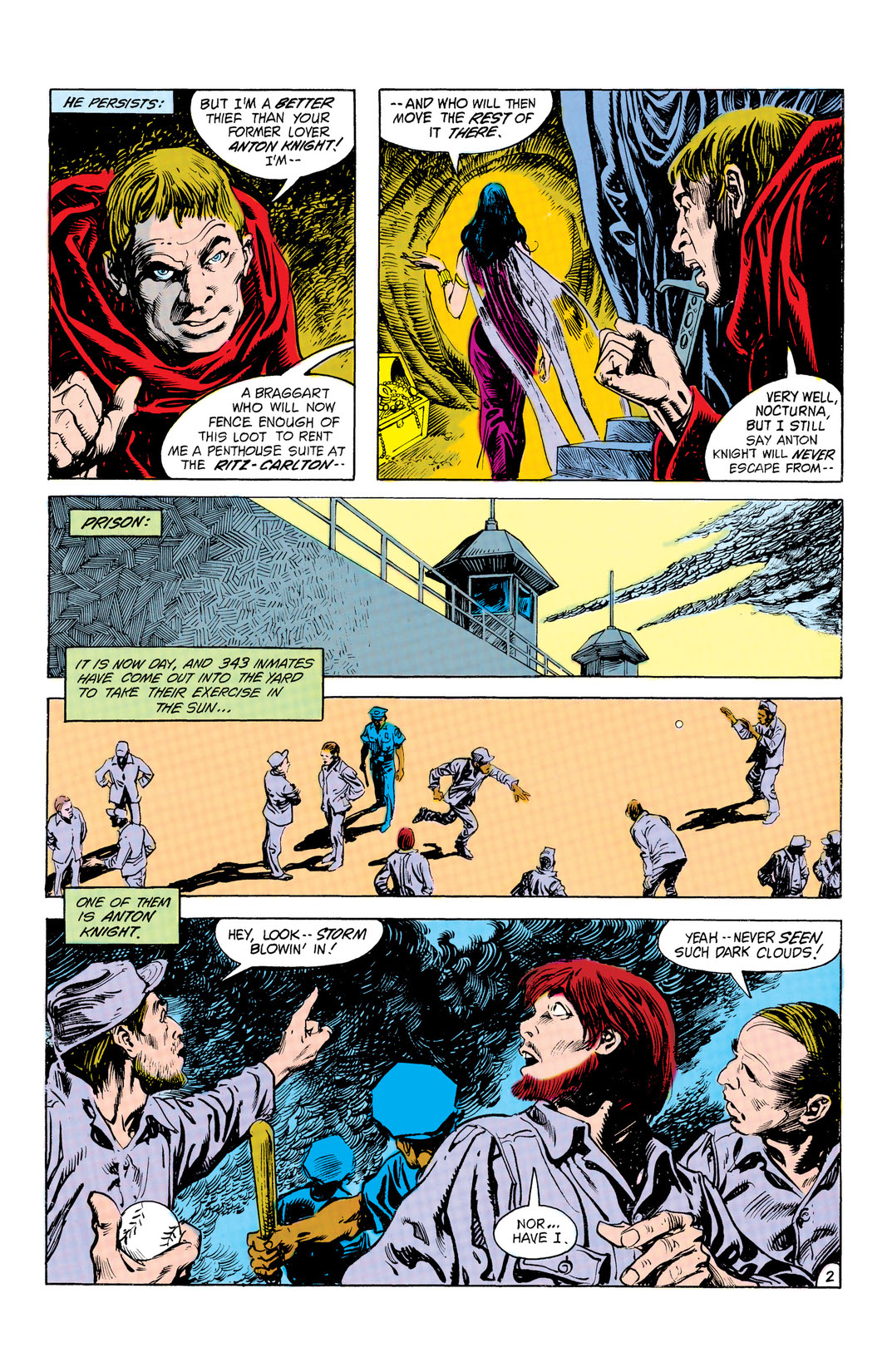 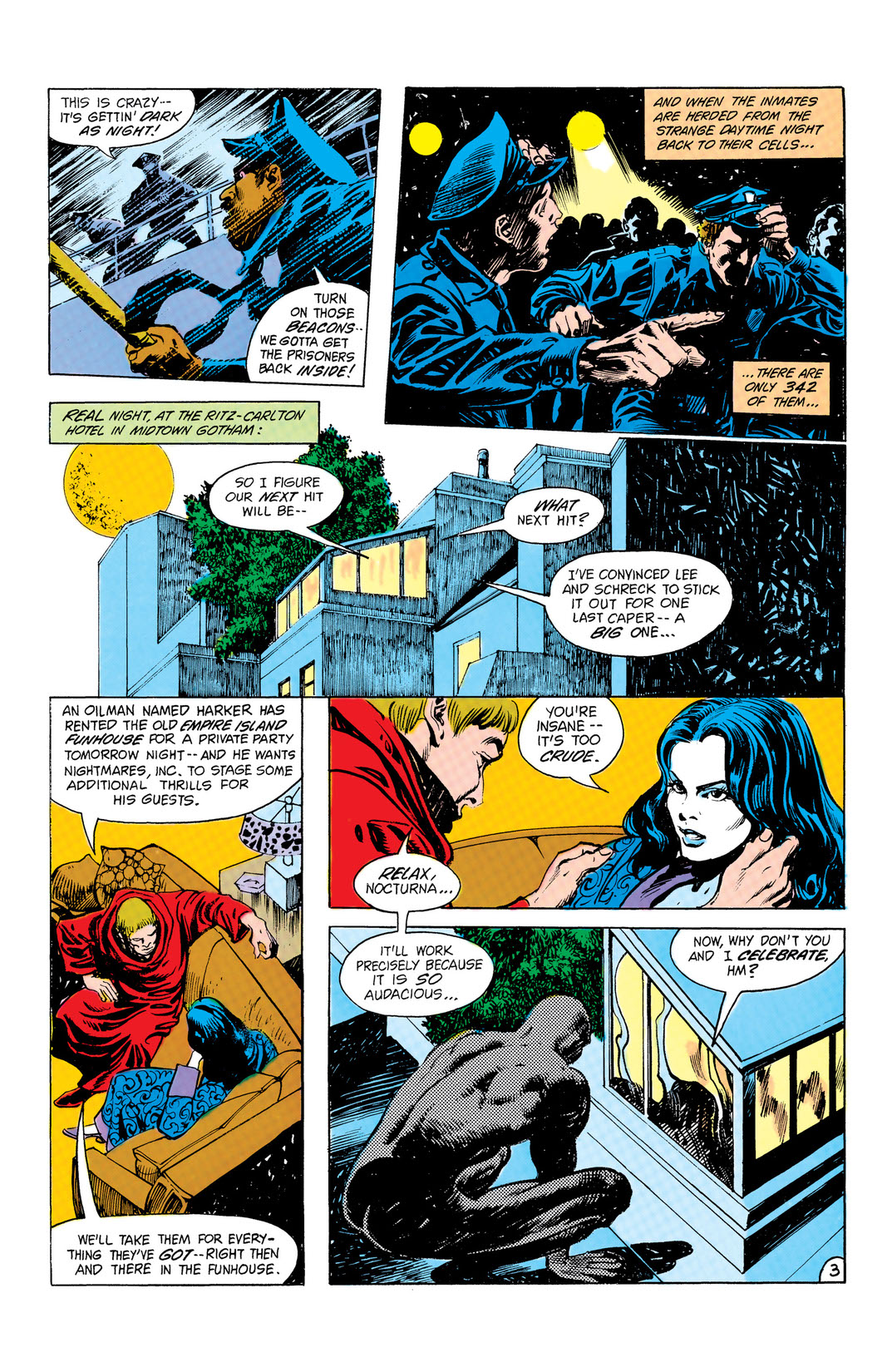 Bruce Wayne intends to adopt the orphaned Jason Todd, but the devilish Nocturna also has her sights set on the young Robin. However, as she proposes a union with the handsome billionaire, Batman learns Anton Knight, the Thief of Night, is not one to share the affections of Nocturna's love. Plus, Green Arrow finds Doyle being threatened by the Printer's Devil. But, how can that be since Doyle is the Printer's Devil?